Although not quite character sheets, I decided to make some sketches while thinking about what kind of characters I wanted to draw for this illustration.

I’ve always loved traditional Japanese characters, so I settle on that style.

These are characters I’d previously imagined for a story idea, but I’d never decided what they look like.

I use this storyline idea to flesh out their designs as I sketch.

・ The main character is a kind-hearted demon girl

・ Because she has some valuable treasure, she is targeted by the authorities

・ At the end, the two become good friends

For this illustration, I’ll draw the demon girl and the sorcerer.

Because the protagonist is a demon, I make her ears pointy.

I draw her hair flicking up at the ends and add some tufts sticking up to make her look like a fun and positive character. I also decide on a warm brown for the hair. 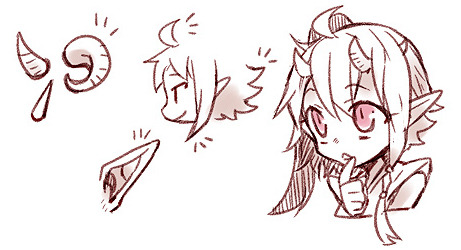 The contrasting sorcerer character is based on cool tones and has a bit of a gloomy feel to him. The story is set in winter, so I give him a scarf. As a sorcerer, he’s probably leaped into many dangerous situations before, so I add some scars on his face.

The treasure is a traditional Japanese sword. 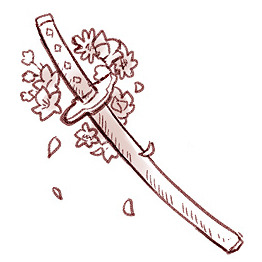 I started off by drawing out this rough idea. I’ll use this as inspiration for the main illustration. 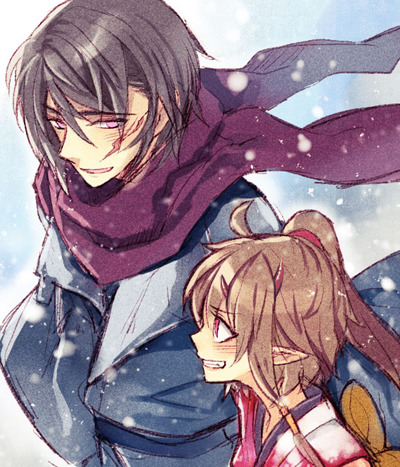 B. Base sketch & draft

Although the final illustration will be 350dpi, I start off with a 100dpi resolution for the draft. 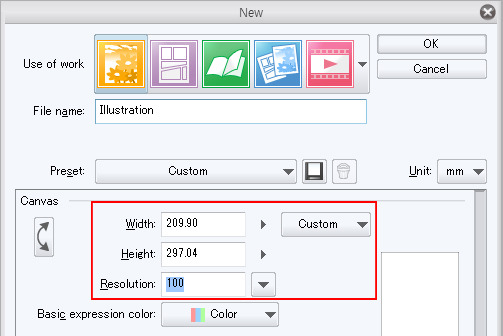 After sketching for a bit, I decide on a light-hearted snowy scene with the demon girl holding a snow bunny and the sorcerer holding a traditional umbrella over them.

This is my draft composition. The blue lines mark the characters, and the green lines are for other elements in the background and foreground.

The rough sketch shows the demon girl holding up a snow bunny she made, while the sorcerer is wrapped up in a scarf because of the cold. 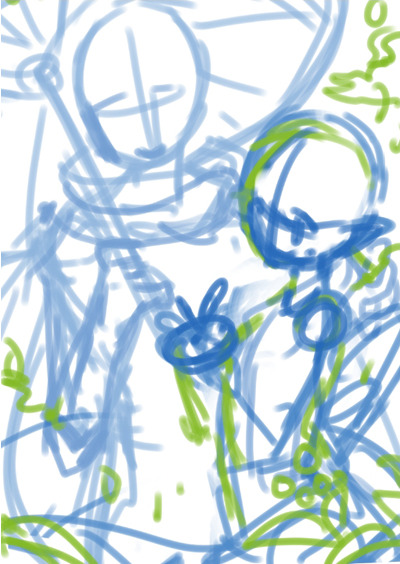 Next, I draw a more detailed sketch based on this.

I use a different line color for each section: peach for the skin, blue for the clothes, and purple for the hair. 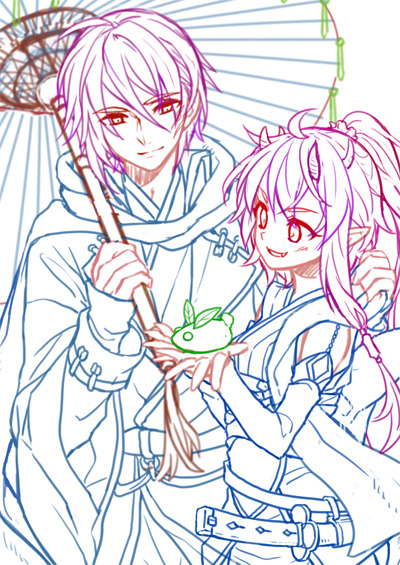 Although only part of the umbrella is visible on the page, I draw out the whole shape so I can get the balance right. Then, I use the [Edit] menu > [Transform] > [Scale up/Scale down/Rotate] option to resize and move it into the right position. 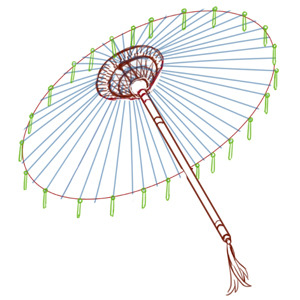 Once I’ve laid down the draft lines, I’ll quickly do some rough colors.

I really like having the three primary colors of red, blue and yellow (or green) in one illustration, so I place the colors while thinking about that.

This time, I use red for the umbrella, blue for the sorcerer’s clothes, yellow for the demon’s belt and the umbrella decorations, and green for the foliage. 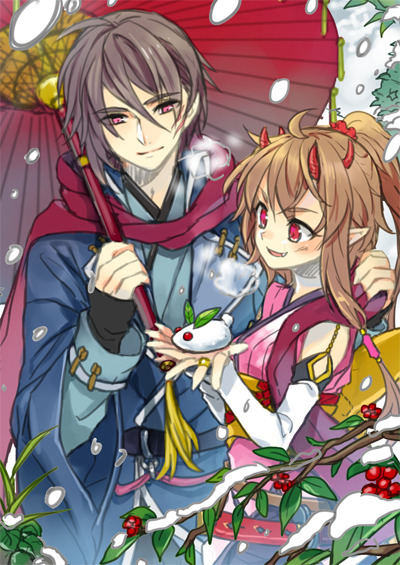 Now my draft is done.