Simplify photos and process them like illustrations
It may be used as a background for illustrations, and it may be fashionable and cute.
(Pro / EX only. Working with CLIP STUDIO PAINT EX Ver.1.9.3.
(You cannot work with DEBUT because it uses a tonal correction layer) 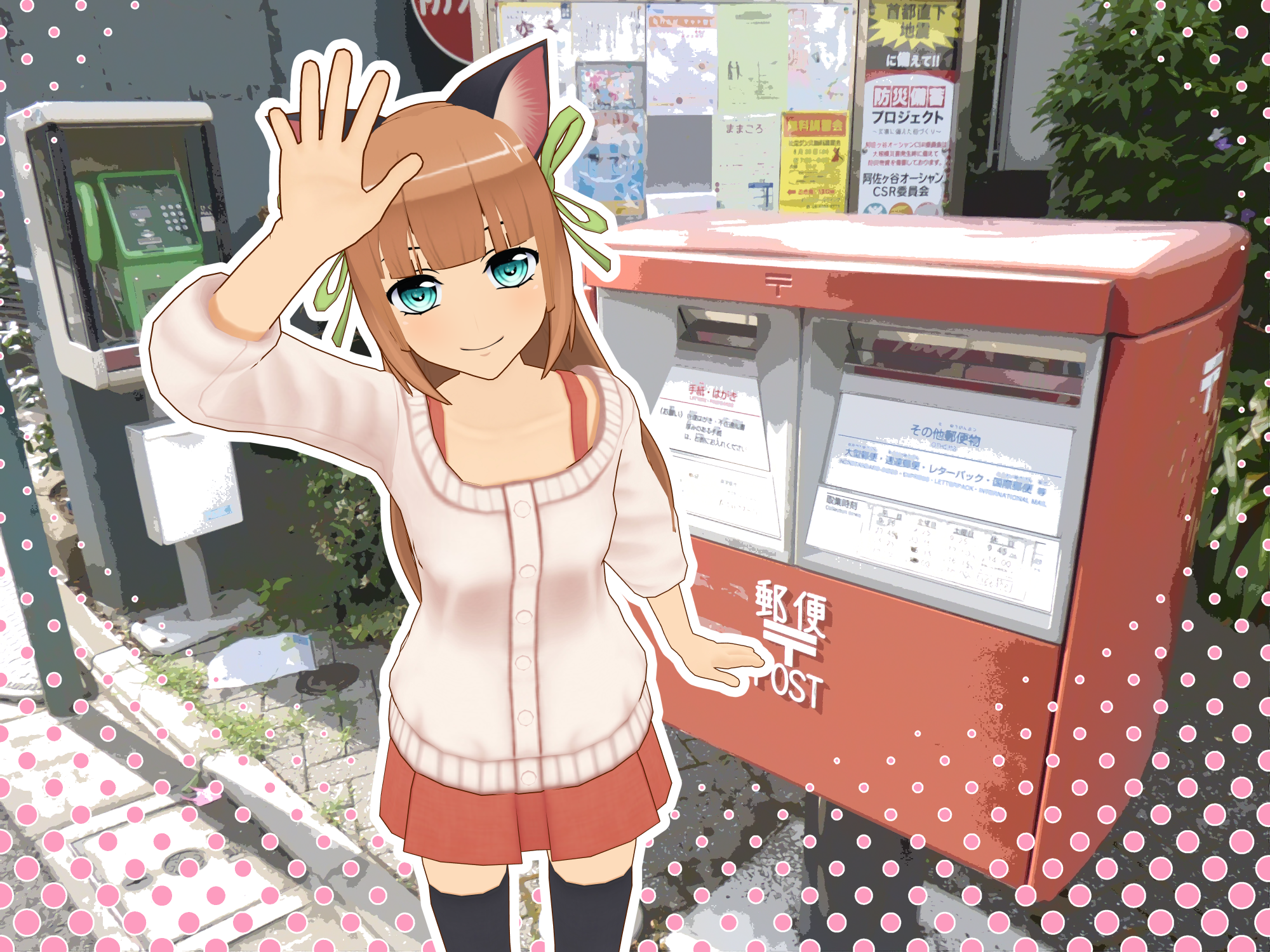 There is a process called "Cutout" in the Photoshop filter
Easily reduce the color of the photo to make it look like an illustration
It is an attempt to reproduce it with CLIP
・ When saving the file, select "Save As" and select "CLIP STUDIO FORMAT"


This is a comparison of what the same photo was cut out in Photoshop and what we aimed at CLIP this time.
[Photo before processing]
Left [Process with Photoshop] Right [Process with clip]

With Photoshop cutout, you can create a picture that looks like an abstract picture that is broken by the numerical value.
If that happens, CLIP can't beat it right now (maybe it's no longer a cutout)

There is a difference compared to Photoshop
But since it's CLIP, isn't this an ant?
It is enviable that Photoshop has an independent filter, but ...

First prepare the photo
If it ’s a nice photo, it ’s fine.
Bright photos are beautiful after processing. Dark photos may look no matter how nice

If you are concerned about the brightness of the photo, etc.
Make adjustments to your liking in “Level correction”, “Hue / Saturation / Brightness”, “Brightness / Contrast”, etc. of “New color correction layer” in the layer menu
When you have finished making adjustments, select all the layers in the Layers palette.
Select “Merge Selected Layers” or “Merge Images” from the Layer menu.
On one layer 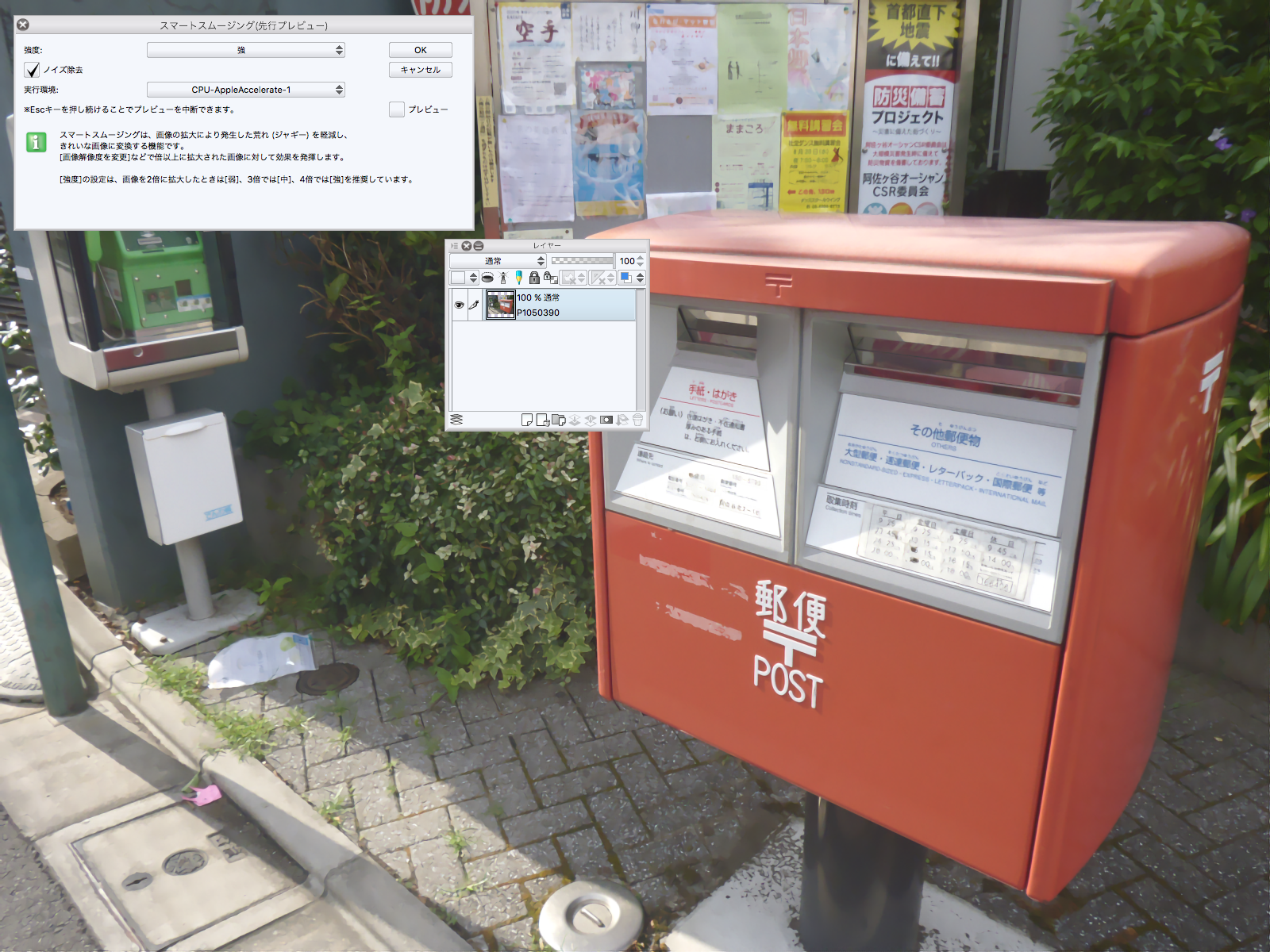 On the layer changed to gray
Select "Gradation" for "New Tone Correction Layer" in the "Layer Menu"
While confirming the display on the canvas, set the number “8” to your liking.
If you don't know, just leave “8” and “OK” (you can change the value later)

In the layer palette, “Clipping the tonal correction layer (gradation)” at the lower layer
(One of the important tasks) 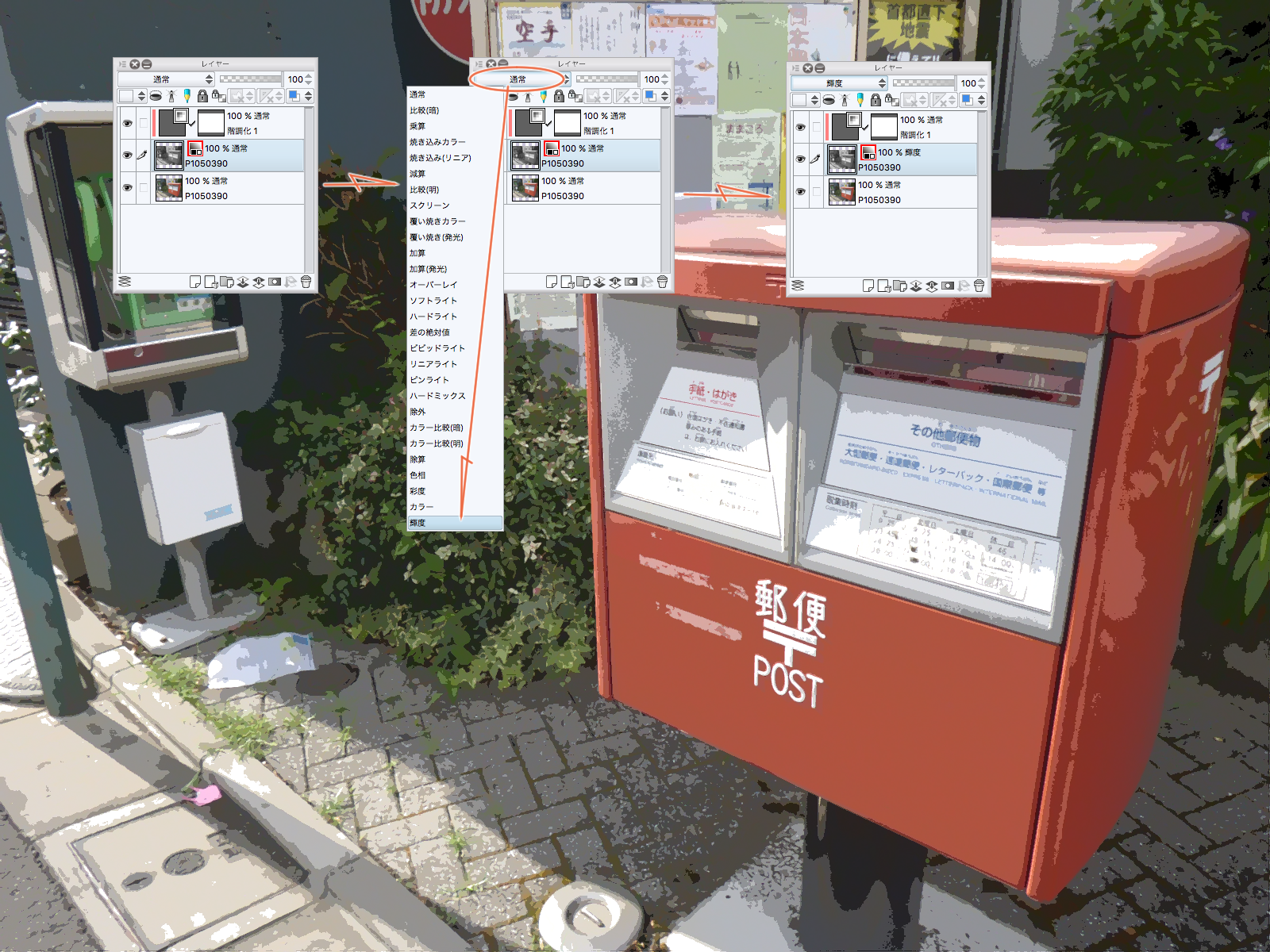 It can be further processed to be used as an illustration background
Double-click “Tone correction layer (gradation)” in the layer palette.
Change the gradation value 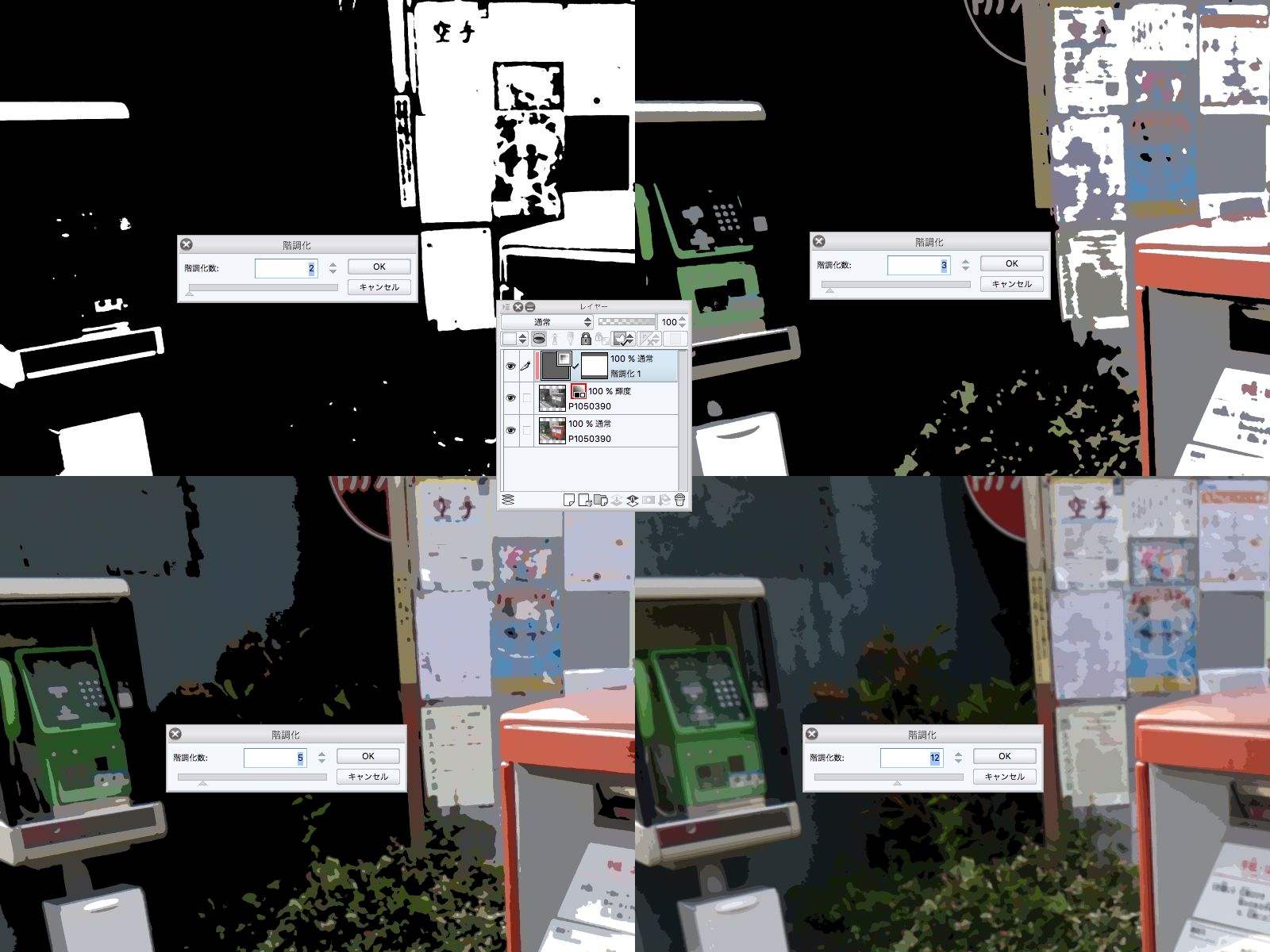 If you want to correct the finished image itself
On top of “Color tone correction layer (gradation)”
Create “Hue / Saturation / Brightness” in “New Tone Correction Layer” in the Layer menu.
Brightness is further increased, saturation is decreased, and hue is changed up to 5 before and after. 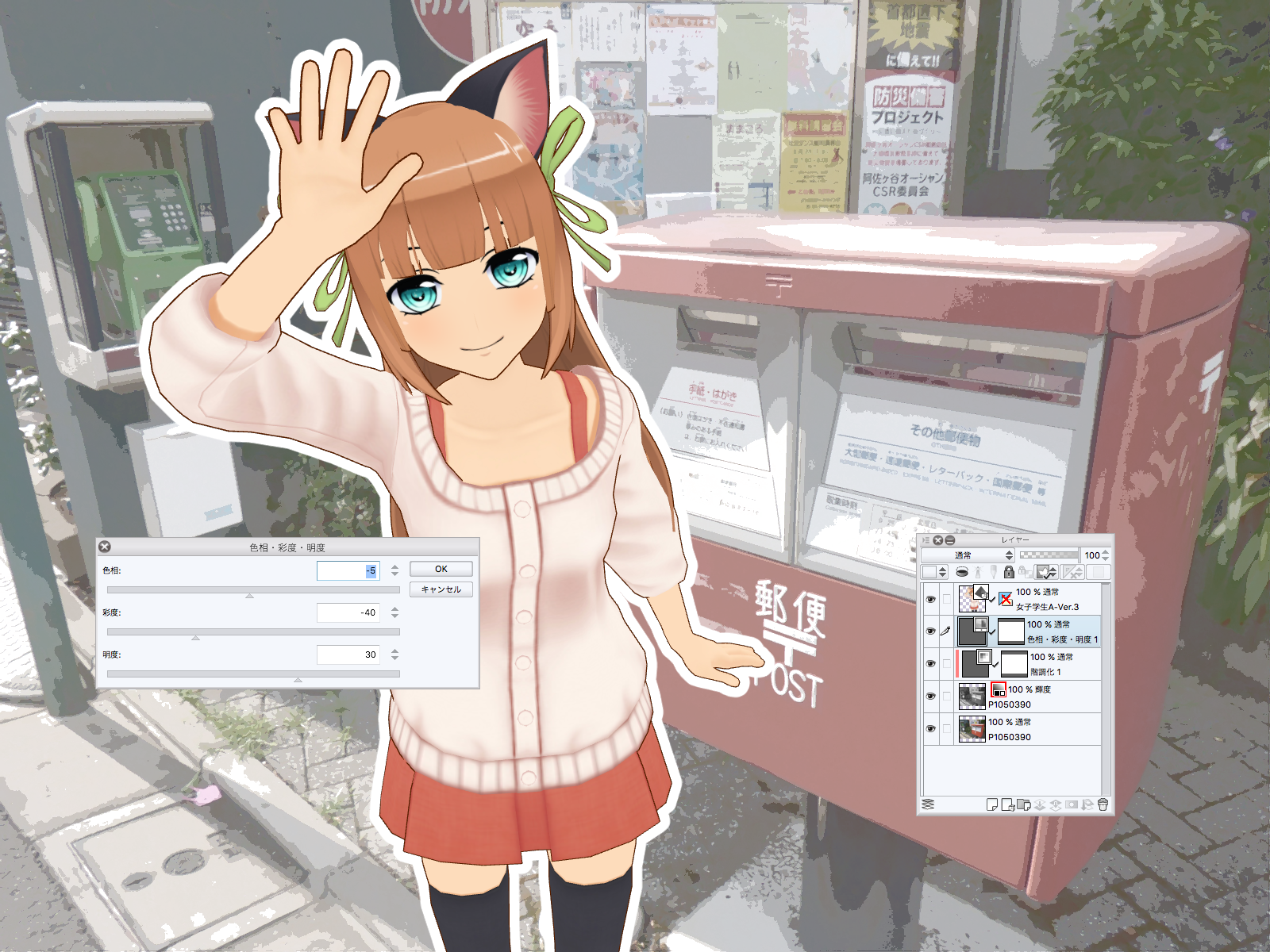 I think that brightening the brightness enhances the character
Decreasing saturation increases calmness
If you change the hue value a lot, it will become abnormal.
Shake the value negative to increase warmth
If you add it, you will feel hard
(Individual impression) 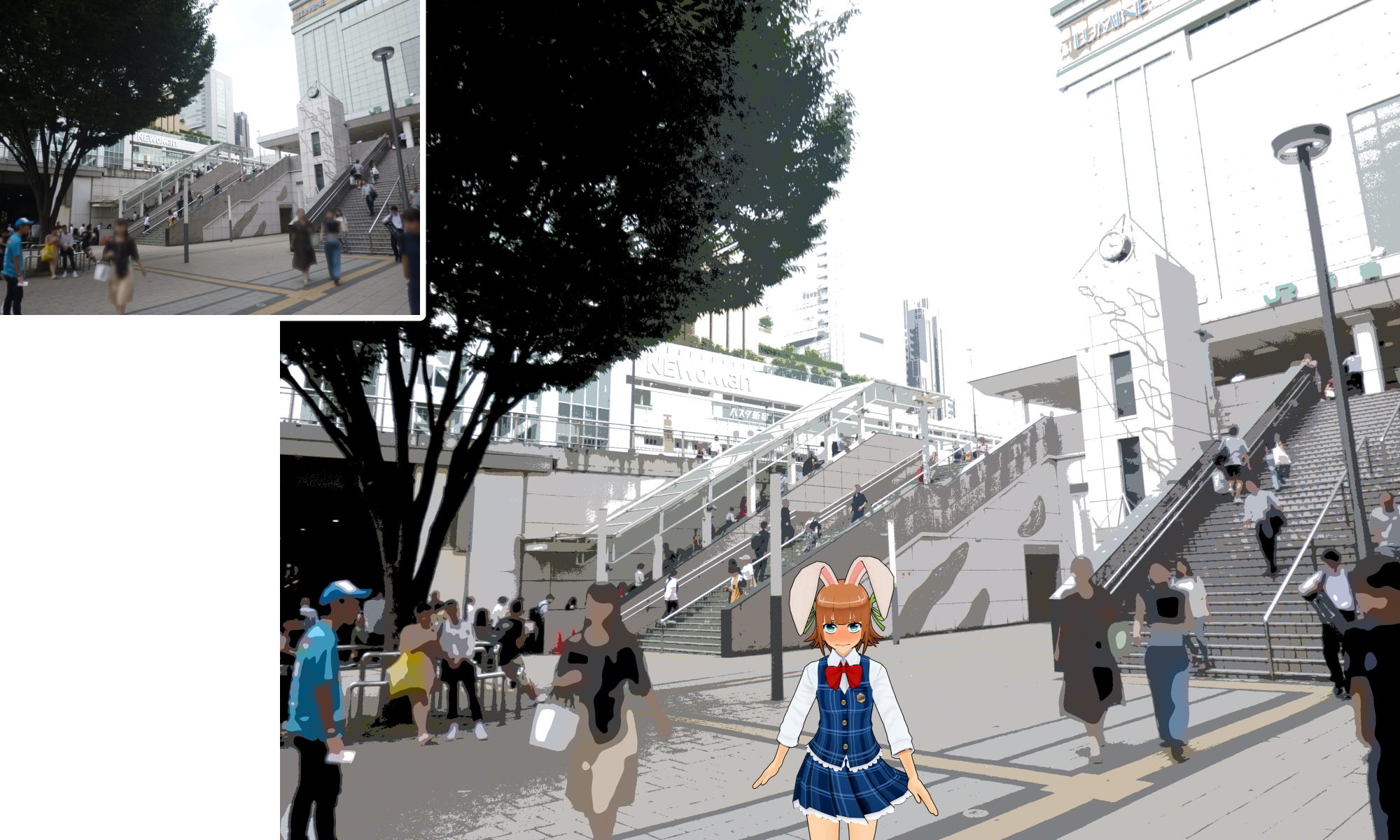 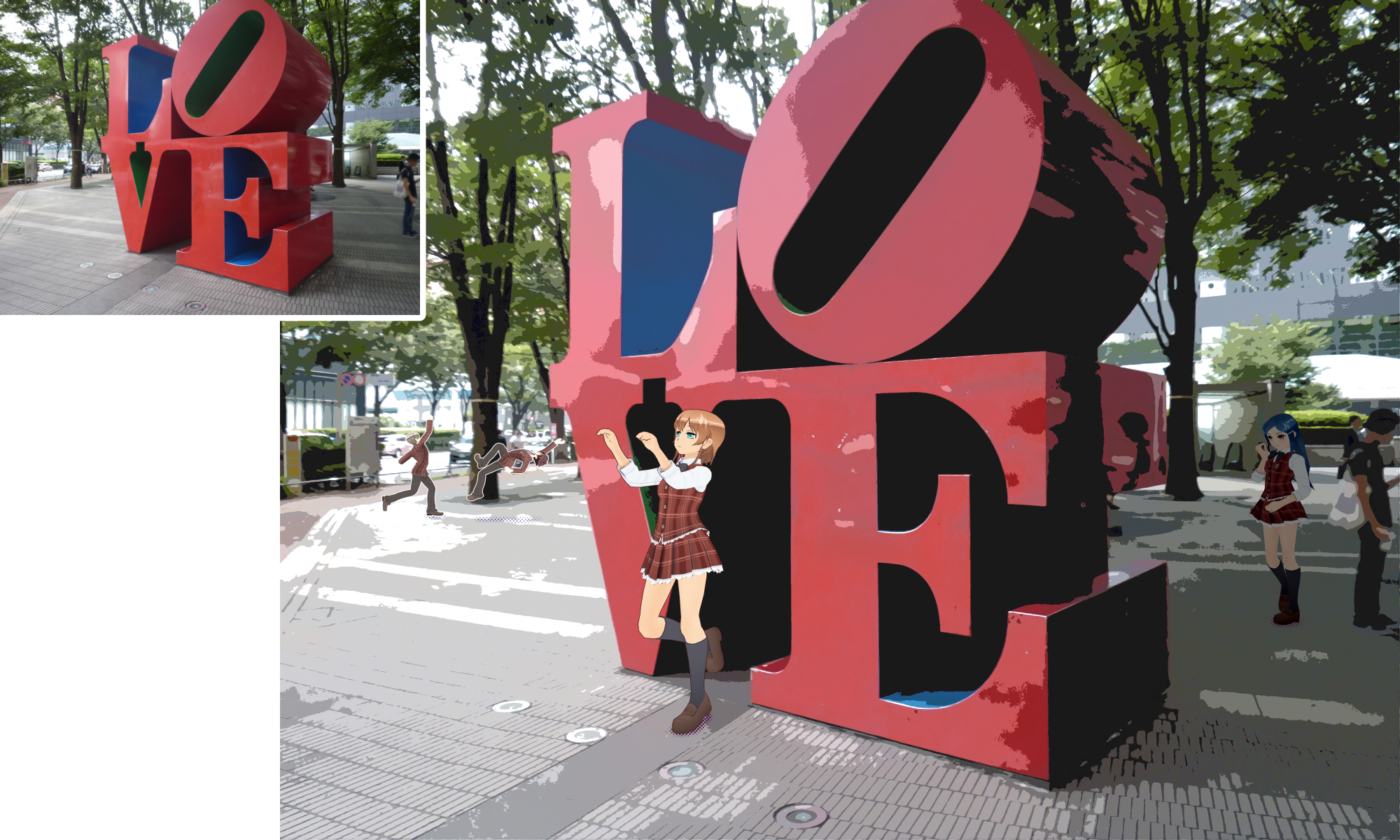 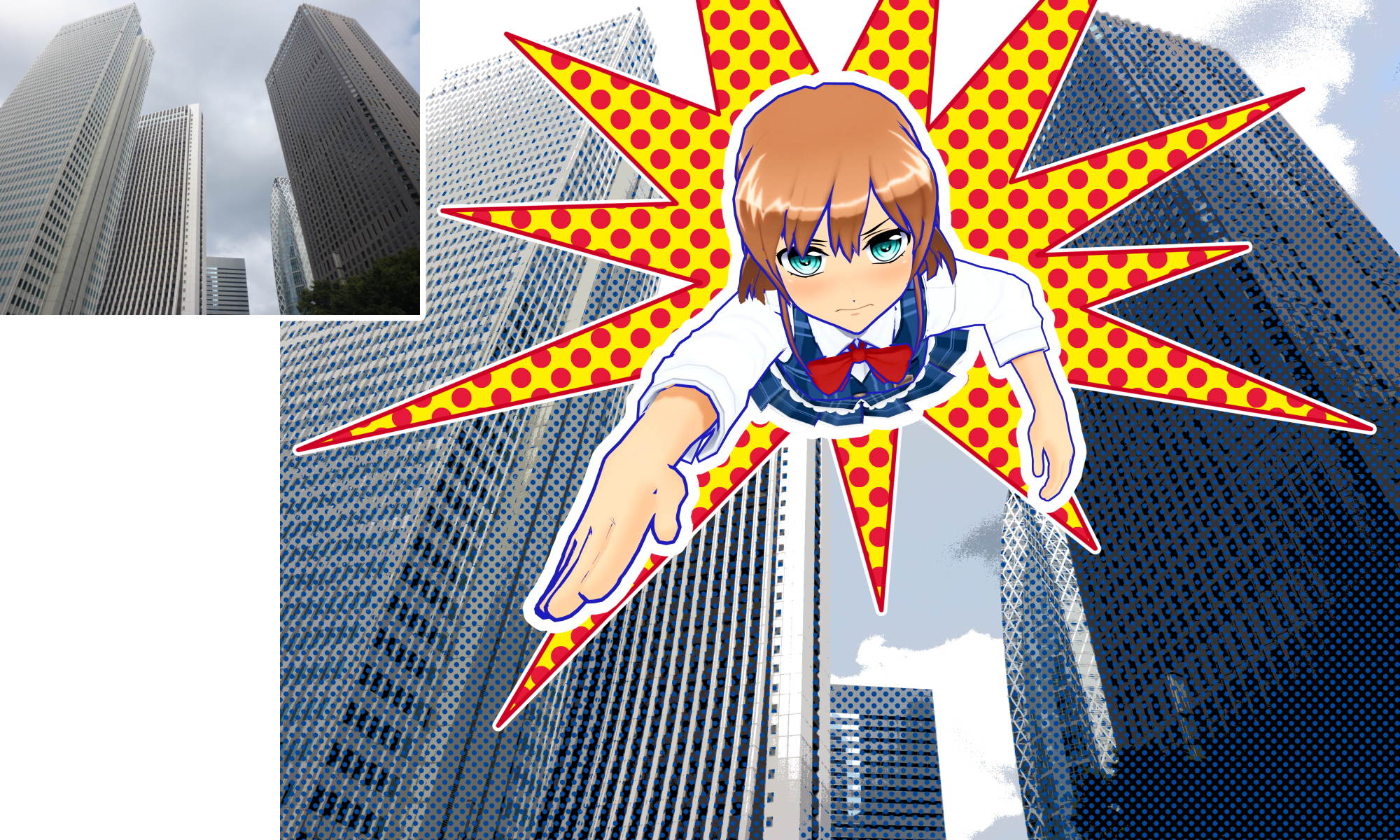 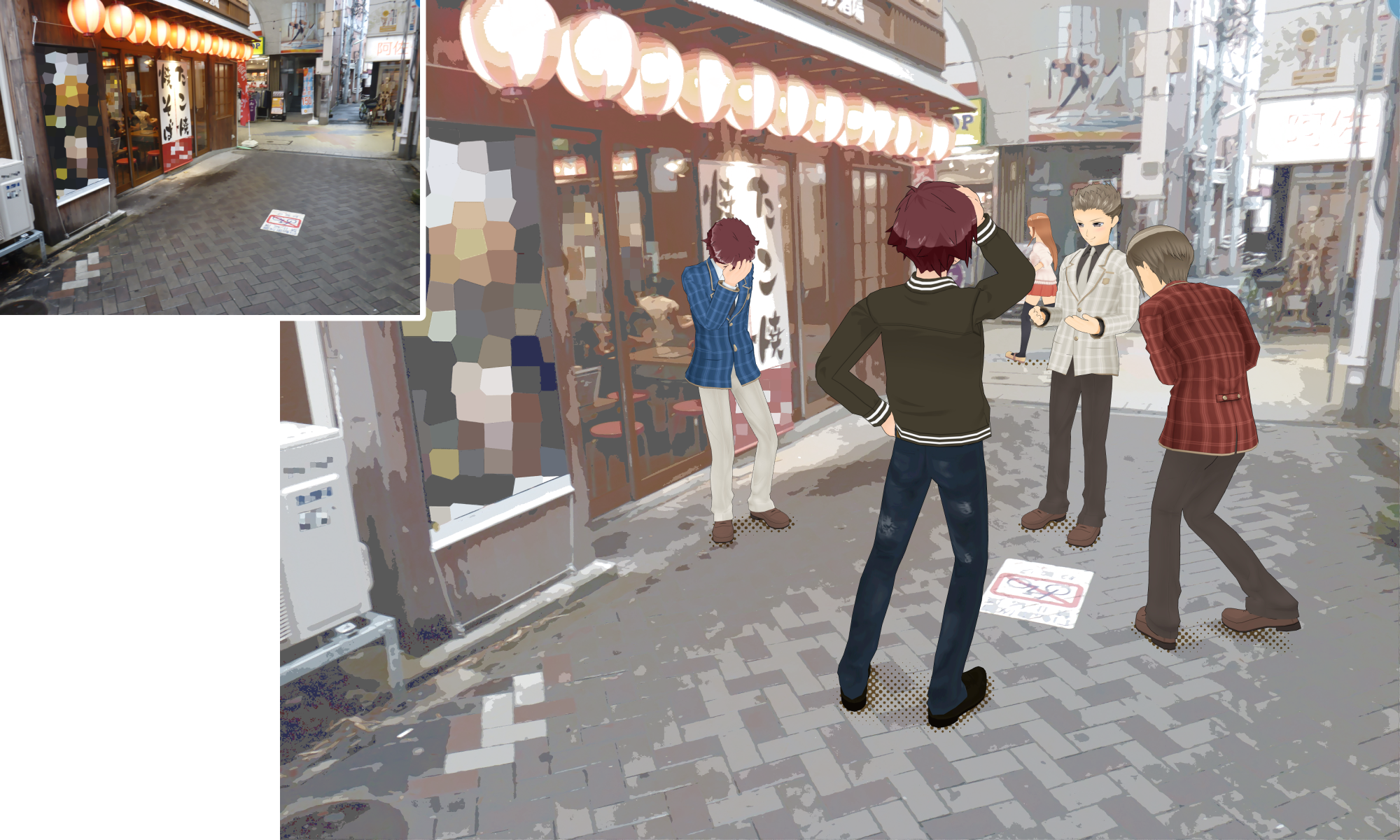 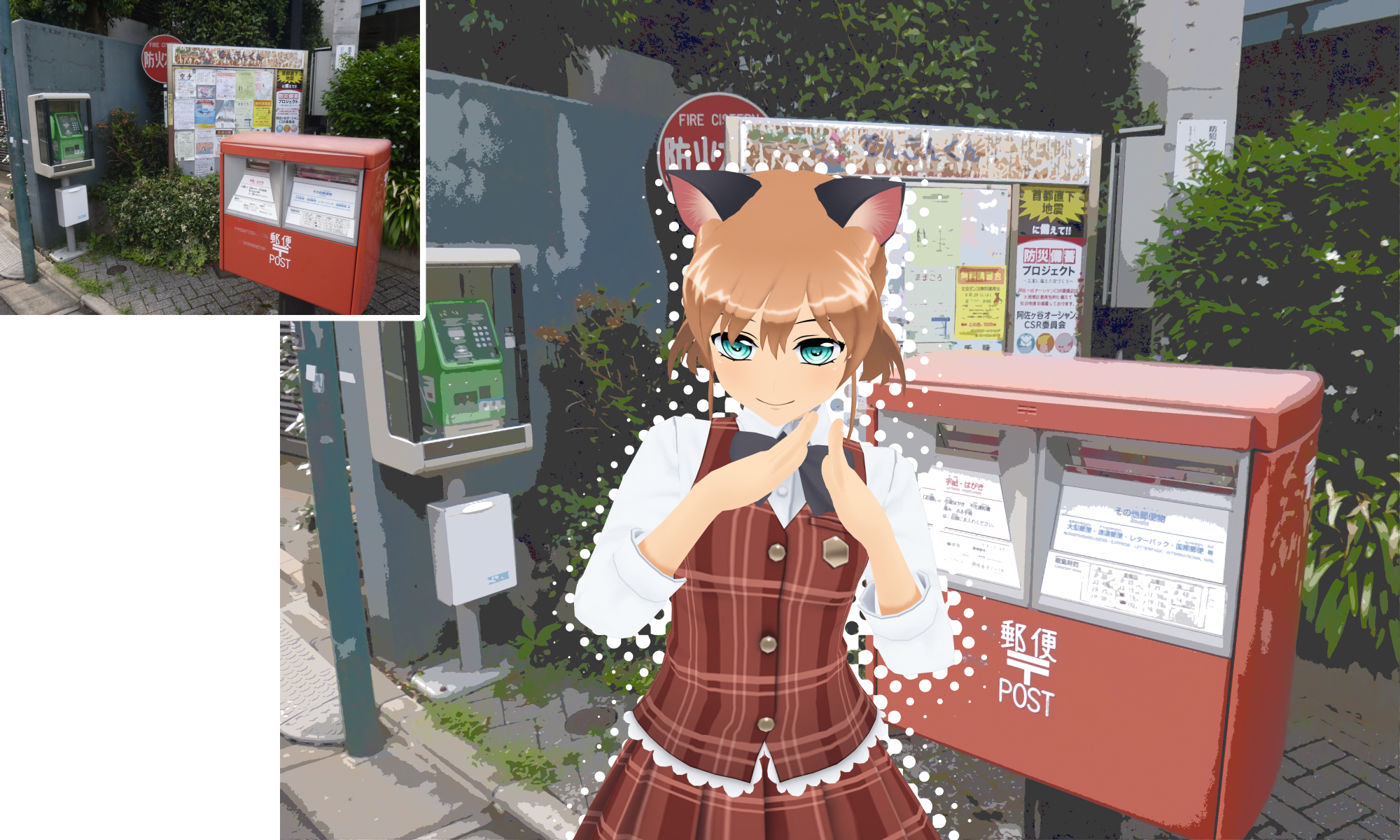 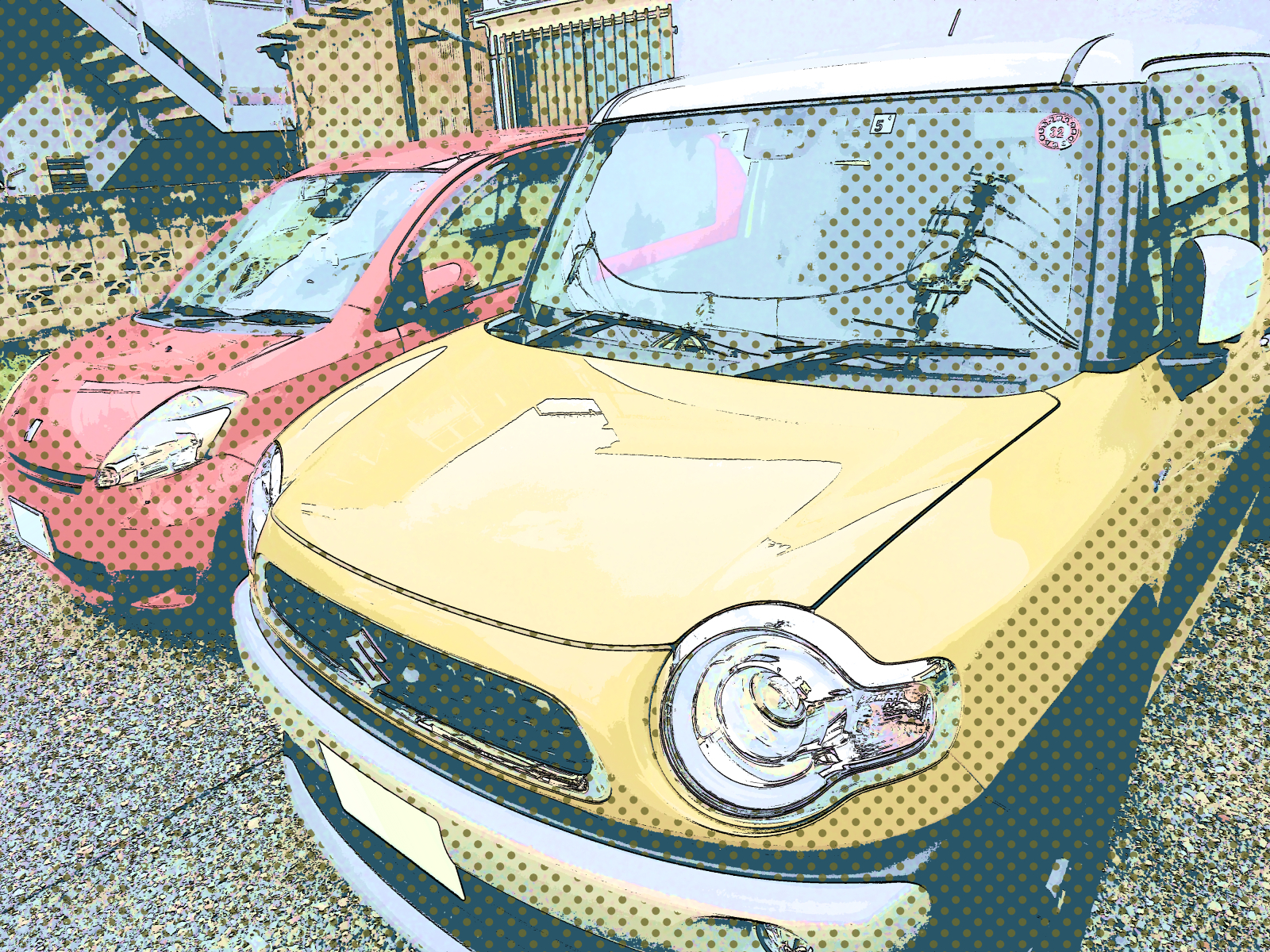 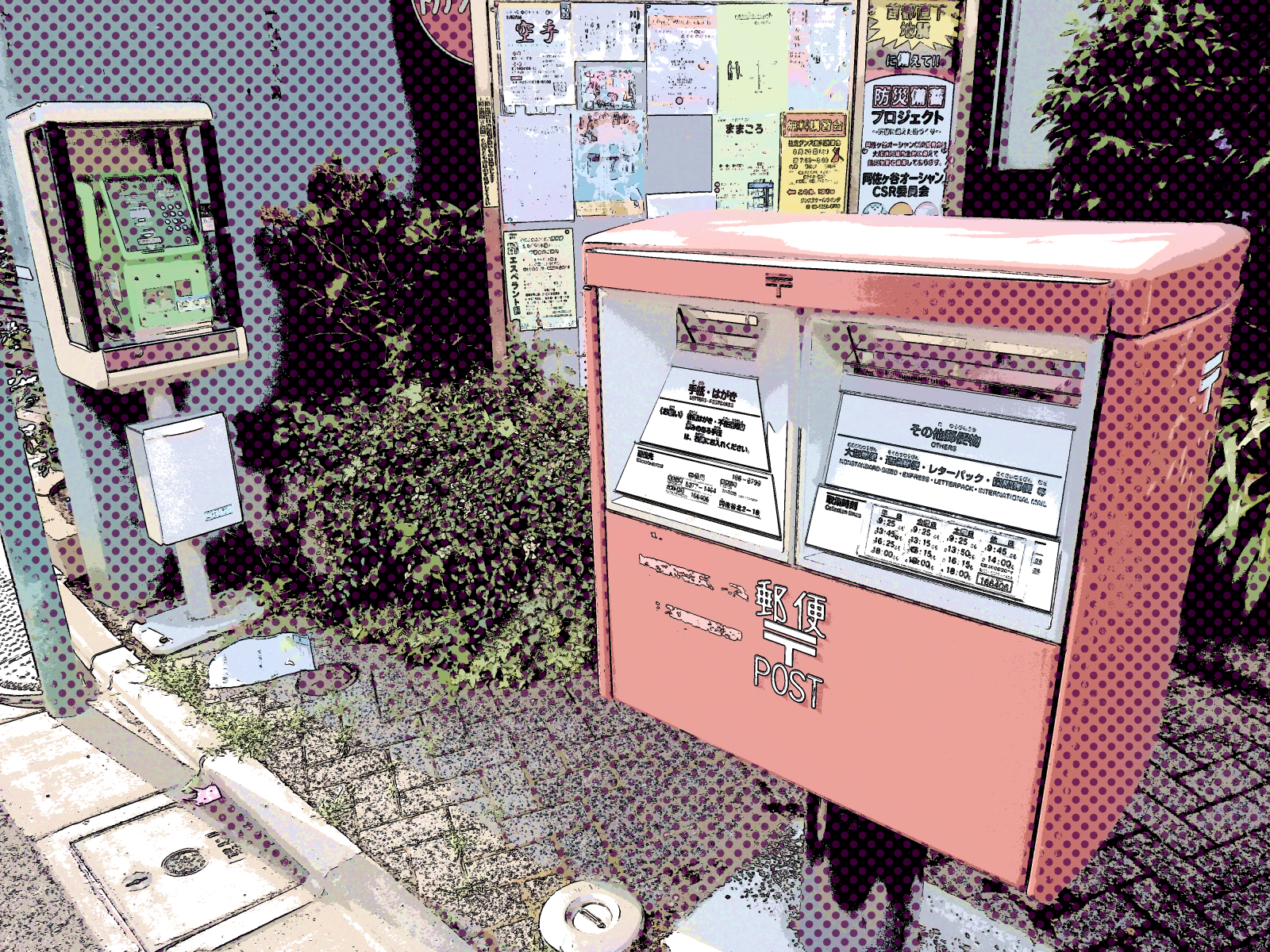 It ’s completely different from Photoshop, but you do n’t have to do so complicated work.
You can also record in auto action


"Nougat"
It's not exactly "pop art", it's just TIPS using brightness and gradation.
I think that it is a process that can be used greatly for pop art (without time and effort)
I don't understand how the brightness of layer composition mode works, but it's quite convenient
Duplicate the illustration and set the expression color to "Gray" and the layer composition mode to "Luminance"
Now, apply gradation to the layer with this brightness to complete.
In other words, smooth brightness is flattened to some gradations.
That alone will make your photos look like illustrations.
The brightness is a mystery
Thank you
It is also interesting to apply the “effect” “mosaic” layer from the filter menu to the gray color layer instead of gradation.
Mosaic is applied without changing the original photo. It is good to be able to use the original photo without change

It ends because there is no stop
Please play