Share my own frequently used functions & introduce some other shortcuts to everyone, and promote very convenient shortcuts.

The benefits & disadvantages of shortcuts

Shortcuts, as the name suggests, are things that can be used to quickly call out various functions using the keyboard. This saves a lot of time by eliminating the need to find various functions on the various screens in the software toolbar, and as long as the muscles memorize the key combinations of various shortcut keys.

However, the shortcut keys are not known or used by everyone. Some people even think that it doesn't matter if you don't use shortcut keys. I just like to press the button on the screen directly. This is "completely correct"! I think that the shortcuts should be used according to the habits and preferences of the individual. I have a friend and even "Undo (ctrl+z)" is directly undone by the options in the command line. There is nothing wrong with him, and the drawing has not become slower. Moreover, these shortcut keys only call out the existing functions in the soft body. For those who operate the mouse quickly, one click and click function may be faster than those who use the shortcut keys!

And think about it carefully, when the used hand is operating the pen, the other idle hand must also operate the keyboard from time to time. After a long time, the hand will be tired as long as typing. This time is not tired of a dominant hand, become tired of both hands!
I myself have this problem: because I am very accustomed to the left hand must be on the keyboard and ready to go, if you want to draw with the right hand and eat with your left hand (but please do not do this), I will not When you are used to the left hand, the drawing will become abnormally slow.

Therefore, the shortcut key is not a function that must be learned or required, as long as you follow your own pace. If you don't want to use the shortcuts, you can turn off the page directly, because the shortcuts are really dispensable!


Here to remind you, the following shortcuts, if you press the no response, or different functions, it may be that I have set some other shortcuts, because I have a long time, I can not remember those are presets, which It is my own shortcut key. You can use it according to the original preset, or you can see which key you are used to set.
(If you can, please tell me what is wrong and what is the default, and share it with others, thank you!)

Set the path to the shortcut: "File > Set Shortcut"

Here are the shortcuts for the toolbar.

Because I have changed a lot of places on my software interface, so it is not the same as everyone's csp, but the part of the toolbar is not much different, please pay attention to the part of the shortcut key description.

These tools can be thrown into each other's groups, so it's good to follow your own habits.
If too many shortcuts can't be remembered, as illustrated in the picture: you can set different brush tools to the same button command, as long as you press repeatedly, it will cycle through the different brush tools.
In addition, there is an "assist tool" on the right side, in this column you can change the different functions in the tool group. When you want to switch these functions, just "(<)(,)" on the keyboard, "(> ) (.)" These two buttons can be switched, he happens to be one forward and one backward. 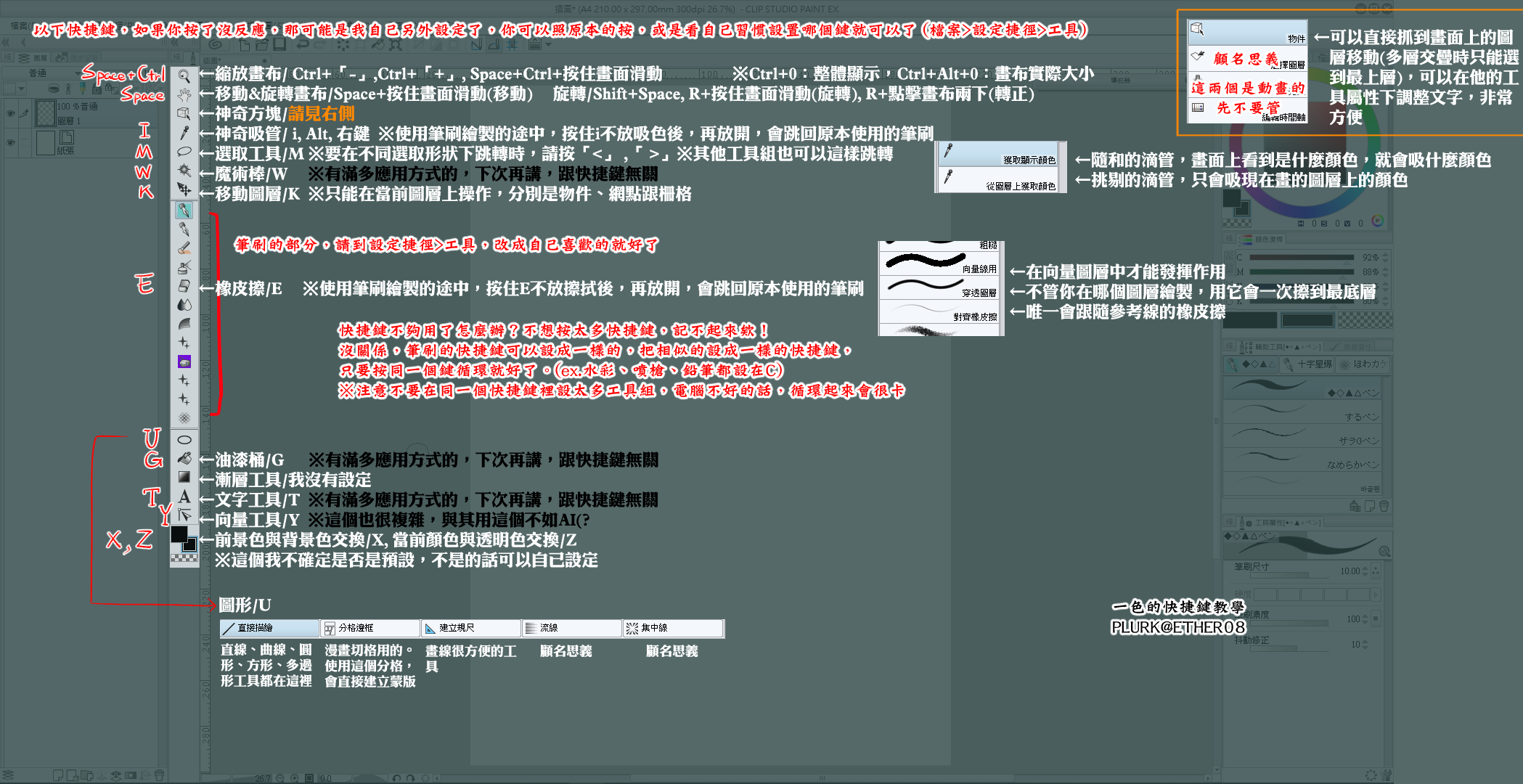 Next, we will introduce the command line above and the shortcut keys for the layer function.
In this part, there are actually a lot of functions. I just click on the buttons in the software directly, and I won't use the shortcut keys. Because these shortcuts are too cumbersome and similar, some have to press more than 3 buttons, except for the new layer. For me to use too often, I will press other than the other shortcuts of more than 3 buttons, I will not use it. Not only is it necessary to remember trouble, but it is also troublesome to press.
Even though I still list these shortcuts and share them with you, maybe you will use them frequently in some functions, and even feel that it is very troublesome to repeatedly find out the functions through various lists, then these shortcuts are very troublesome. Can help you.

There are a lot of functions that have two shortcut keys at the same time. You can choose one of the usual ones, or you can specify the shortest one. No matter which one, the effect is the same. 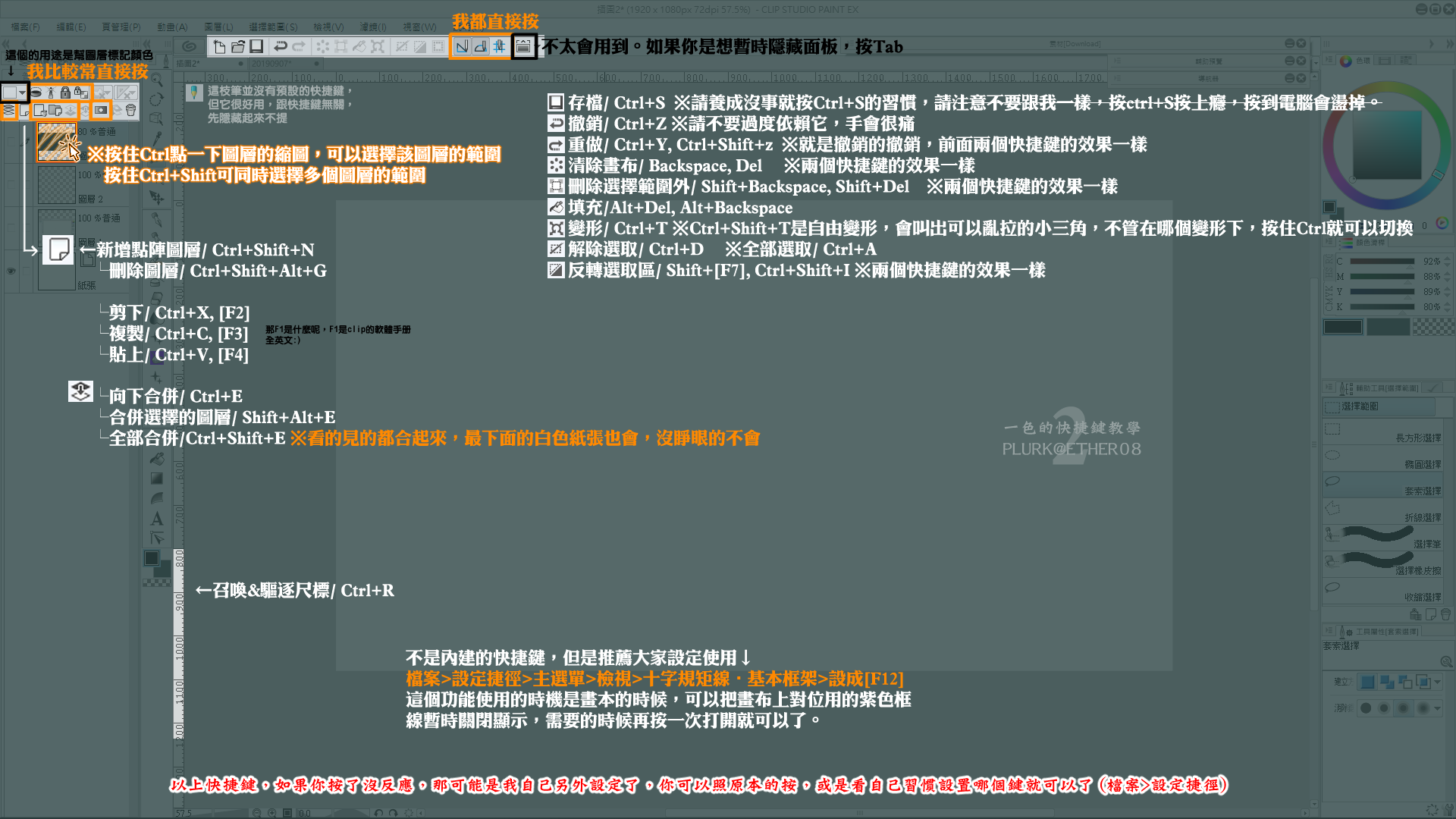 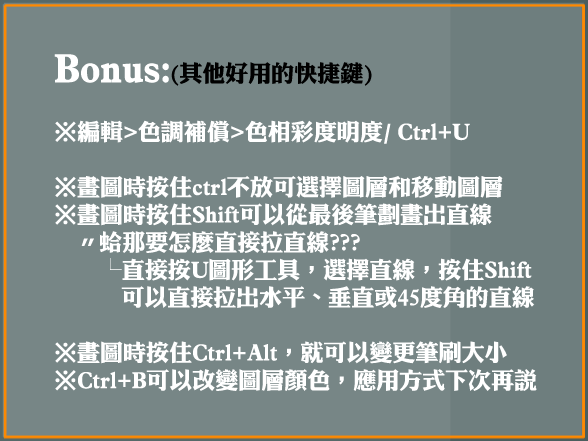 Everybody should be concerned about the left and right reversal

Incidentally, the csp canvas is flipped horizontally, and can also be set from File > Set Shortcut > Main Menu > View > Rotate · Reverse > Left and Right Reverse.
I have no idea that csp does not preset the instructions for this function. I set it to be the same as sai. 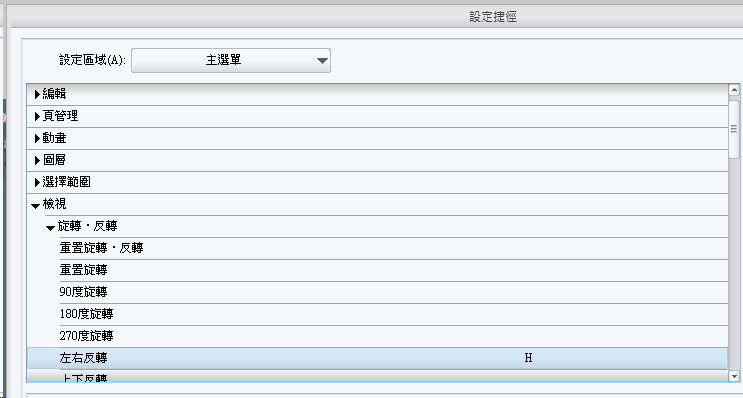 Q: What if I want to customize the shortcut keys but jump out of the prompt window with the shortcut keys repeated?
A: If you don't have an impression on this button and want to set it as a shortcut to other functions, it means that you may never use the original function of this shortcut. Don't be afraid, just cover it with force!

! ! ! but! ! ! If you are afraid of accidentally overwriting a shortcut that you will occasionally use but don't remember, check the content and instructions to see if you can cover it directly! 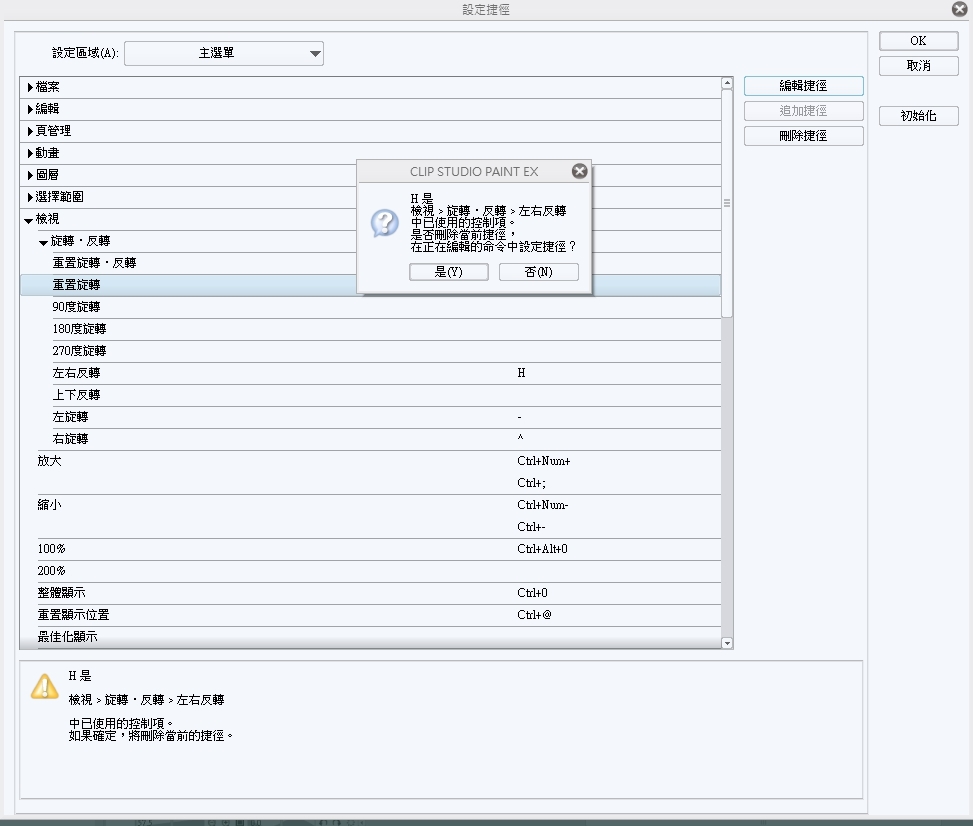 Shortcuts are really handy and many people are using them. Sometimes watching the drawing teaching videos on the Internet may not understand why the artist does not seem to have a choice of functions and software functions, but has done some operations, perhaps switching the brush, adjusting the color or calling out a window. At this time, for beginners, it is easy to understand what is going on. If you understand these shortcuts, it can be a good idea to help friends who are so troubled to understand the way the drawing software is used.


The introduction of the shortcut keys is over here. Some of the useful features mentioned in the picture that are not discussed in detail will be introduced to you in the future.


Clip is really a very useful software, every update is getting stronger and stronger, I hope the official can make more money to update.

By the way, do you know how to change the panel position and store the panel? The answer may be found in an official teaching.