I’ll add some more details to solidify my concept.

I want to draw freely on top of the rough sketch, so I don’t change the layer or add new layers. 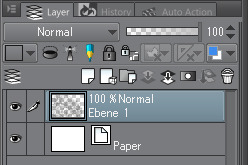 I turned [Anti-aliasing] off and set [Stabilization] to zero. 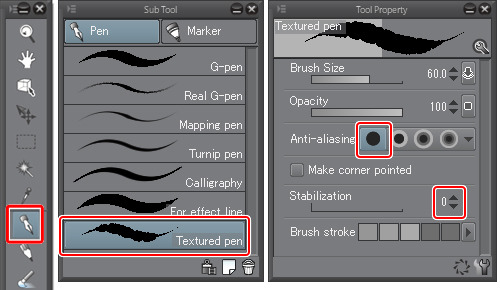 I’m going to add some variation to the shapes by adding thick lines in places.

Unlike the [G-pen], the [Textured pen] has a rough and interesting texture.

It looks a bit more traditional and responds well to pen pressure to add some individuality to the lines. 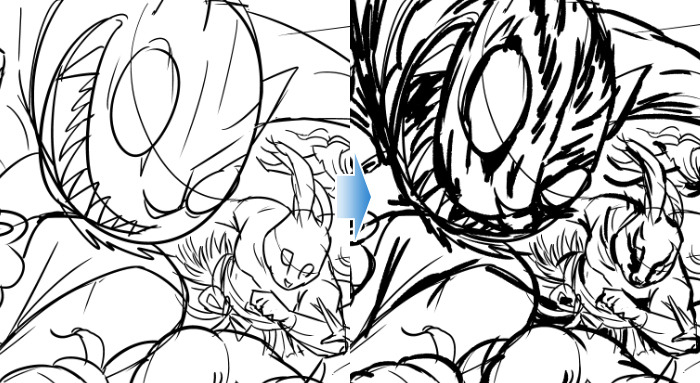 I repeatedly draw the lines and shave them off with white.

I don’t use the [Eraser] tool, but instead use the [Eyedropper] tool to pick up the white color of the canvas, then change the drawing color to white and shave off parts of the black lines.

In Clip Studio Paint, you can hold down the Option key on Mac or the Alt key on Windows to temporarily switch to the [Eyedropper] tool.

Then when I draw the black lines, I pick up the black color from the canvas and draw with that.

This creates a rough effect and allows me to draw quickly and intuitively. 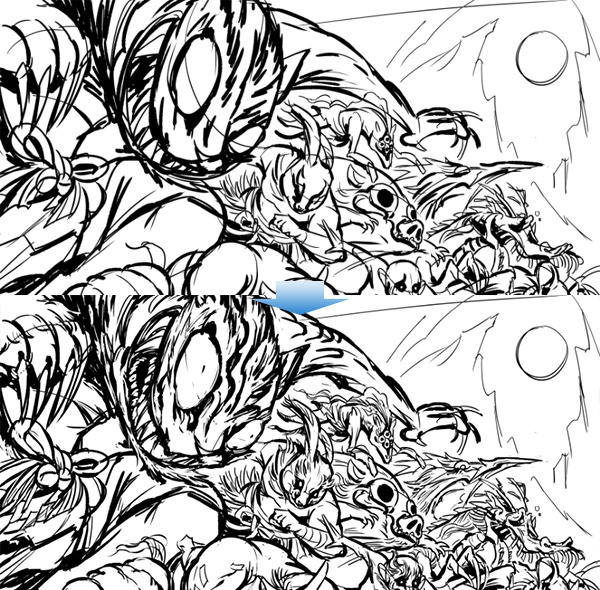 In this next stage, I’ll draw in some detailed lines while making slight adjustments to the shapes.

I use the [G-pen] again and set stabilization to zero like I did in part one. 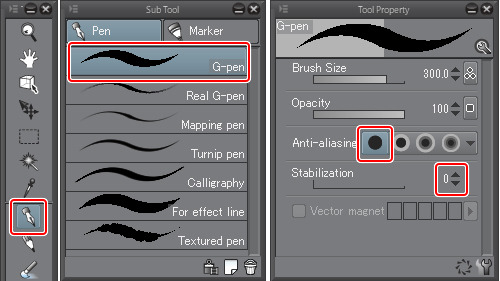 In the [Tool Property] palette, I go to [Brush Size] and click the [Effect source settings] button to open the dialog box.

Here, I check the box for [Random] to randomize the brush size and create rough-looking strokes.

I check that this setting creates a natural effect, then decide to use this. 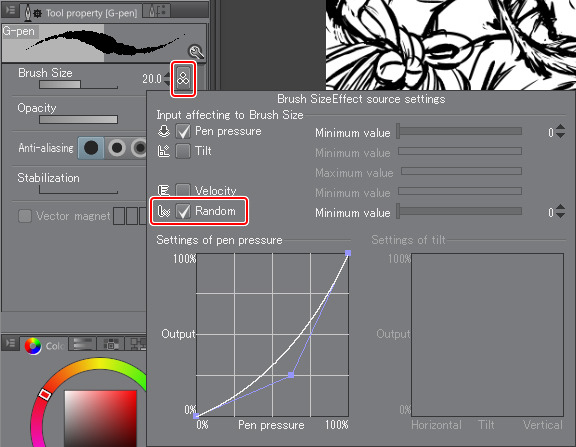 ▼ [G-pen] with Random turned on and off 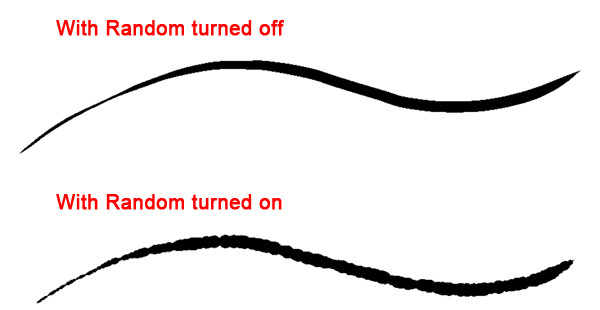 In this next stage I’m going to draw and shave the lines repeatedly again. As I mentioned in part one, I think this shaved effect adds a unique flavor to the illustration.

I draw the lines roughly like I did with the [Textured pen].

I love this effect because it looks like ink on paper.

I also paint the black fill areas with the [G-pen] and shave them off a little.

By drawing with a lot of energy and shaving parts of the lines off, I can create an effect like a real paint brush. 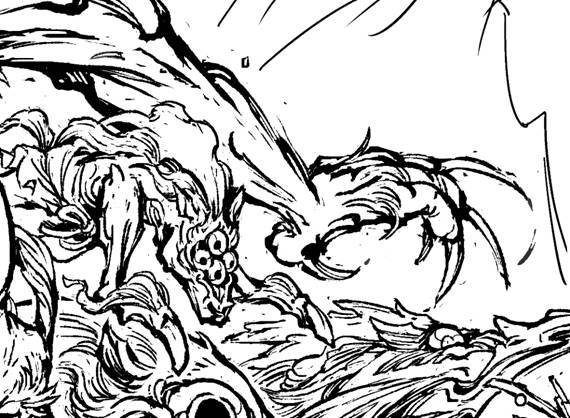 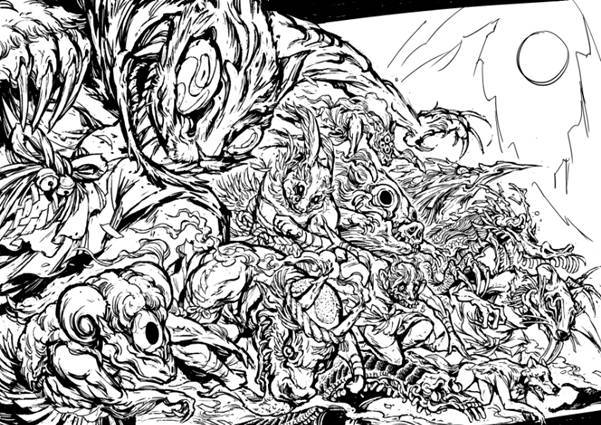 In the next part, I’ll explain how I add the colors.