One of my favorite advantages of Clip studio is the ability to use 3d Obj. files as a base for your illustration.

In this Tutorial I'll show my process in using an obj. created in Zbrush as a base for my character illustration.

This is a character that I sculpted in Zbrush. (You can create your 3D models in any software as long as it will export to an . obj file.) I exported the model as a low poly obj. to be imported into Clip Studio Paint. 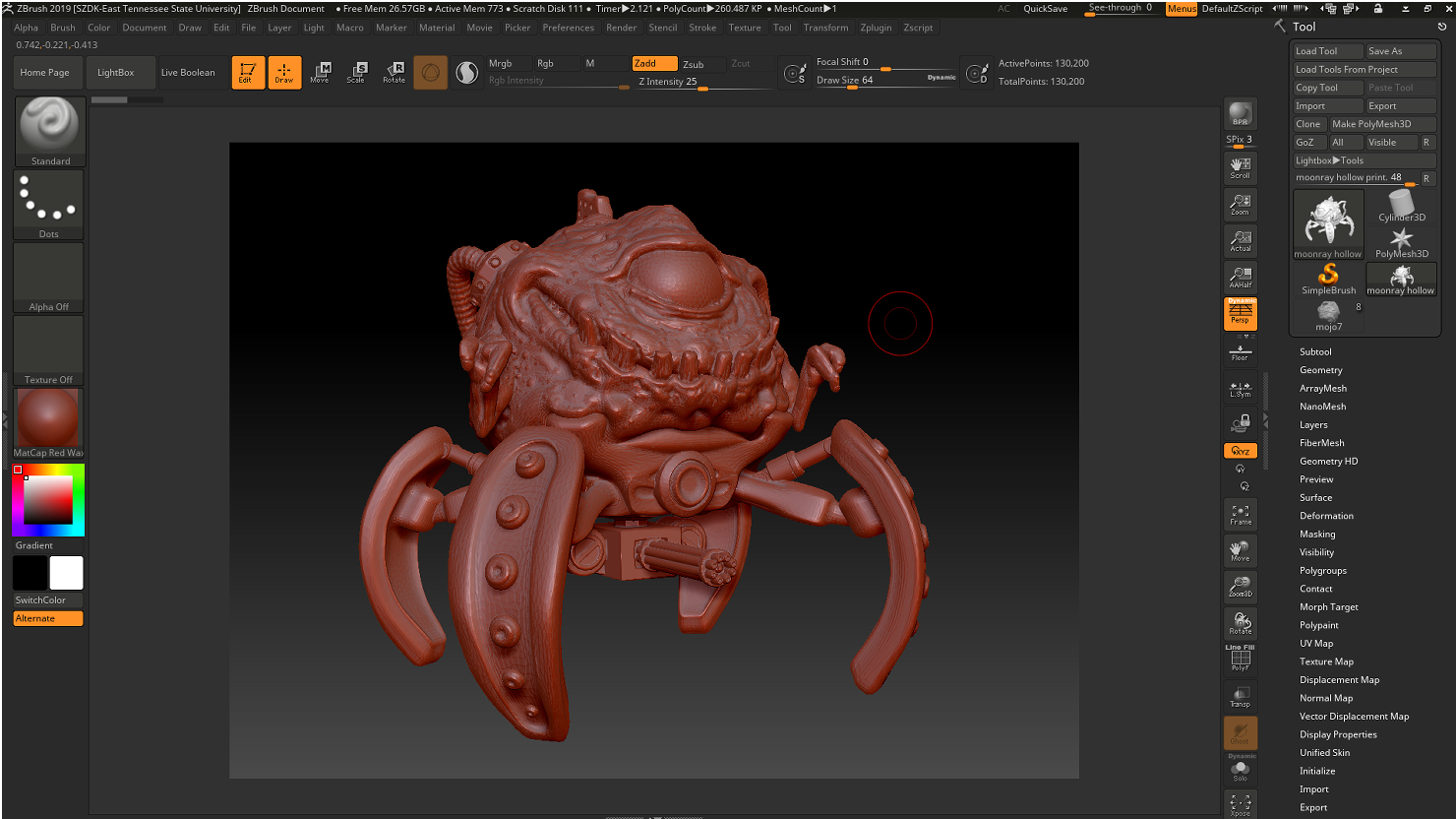 I then import the obj. 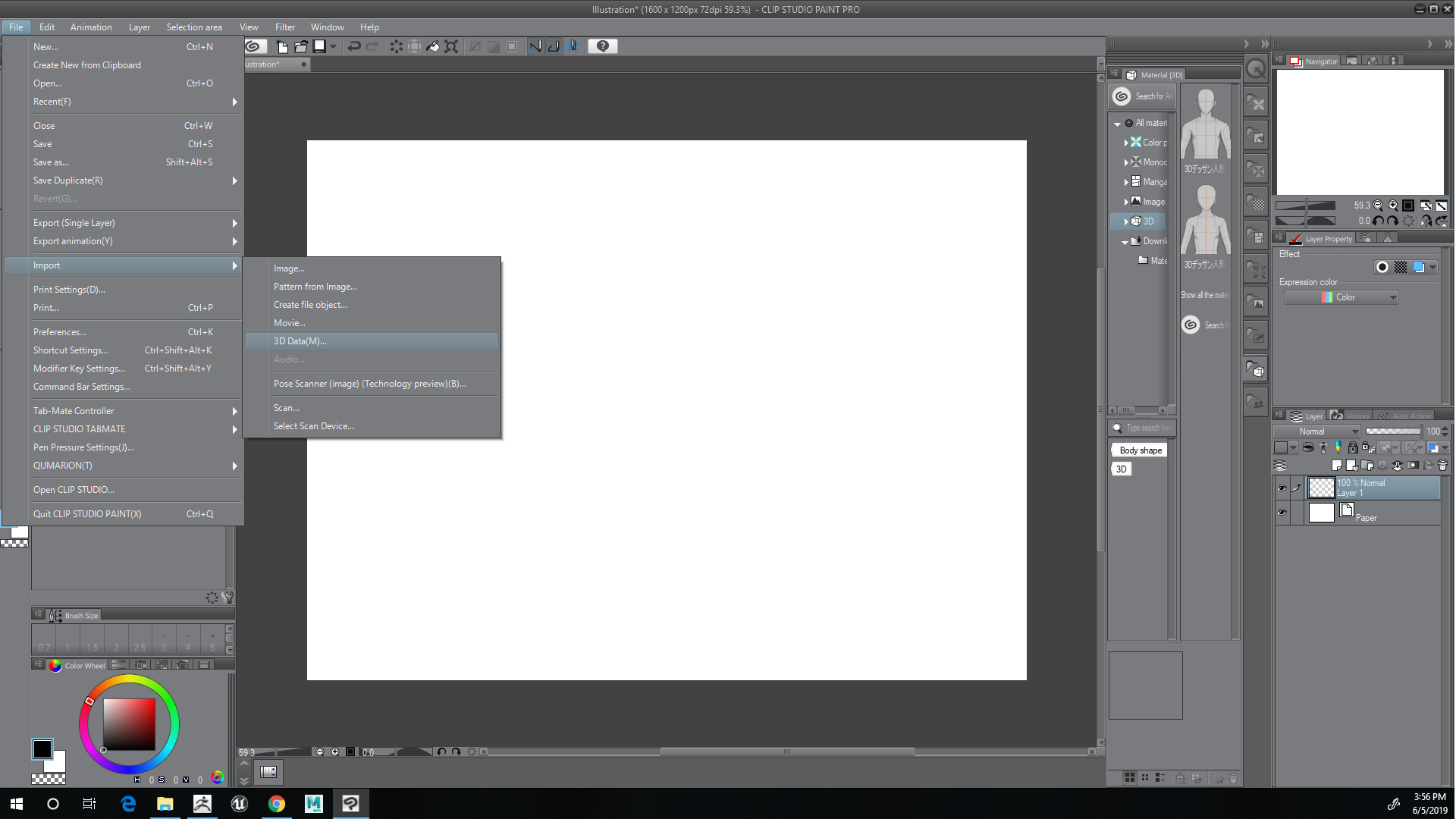 I rotate and make camera adjustments. For this demo I give the camera a little fish eye distortion. 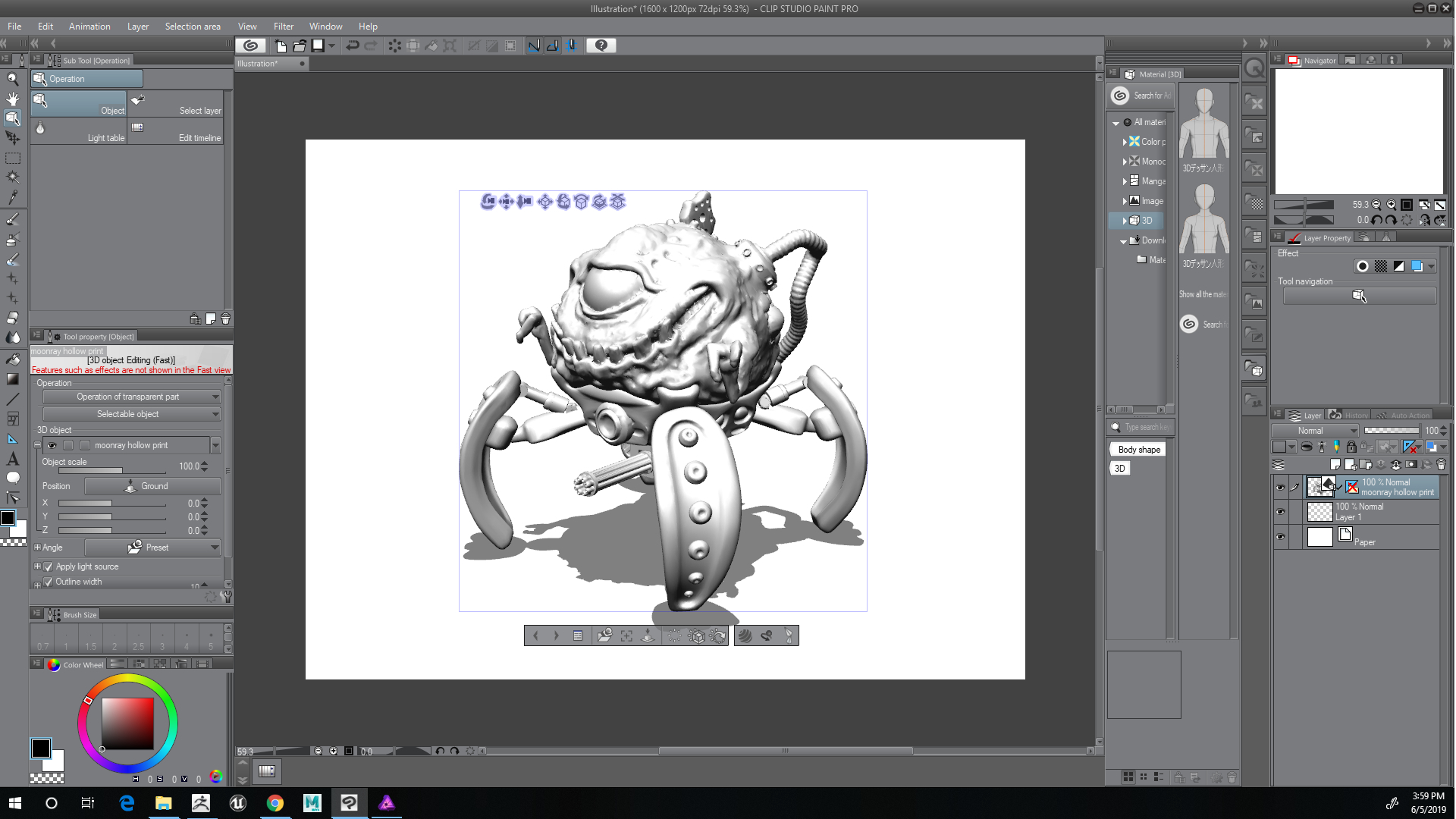 I change the layer to Blueline, then start inking a new layer. Changing the layer to blue allows you to see the full 3D model while inking but doesn’t distract from the black lines that you are making. 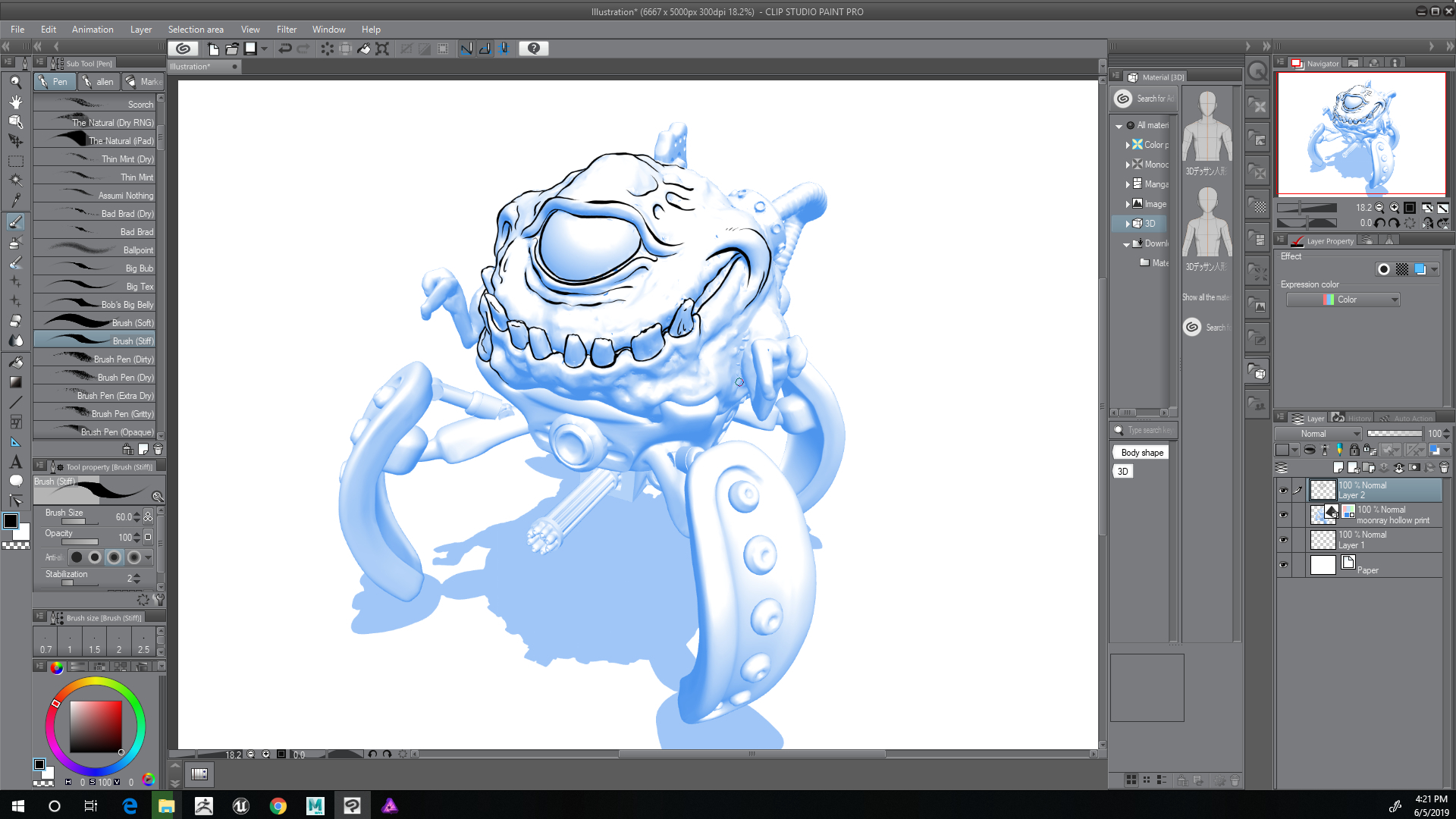 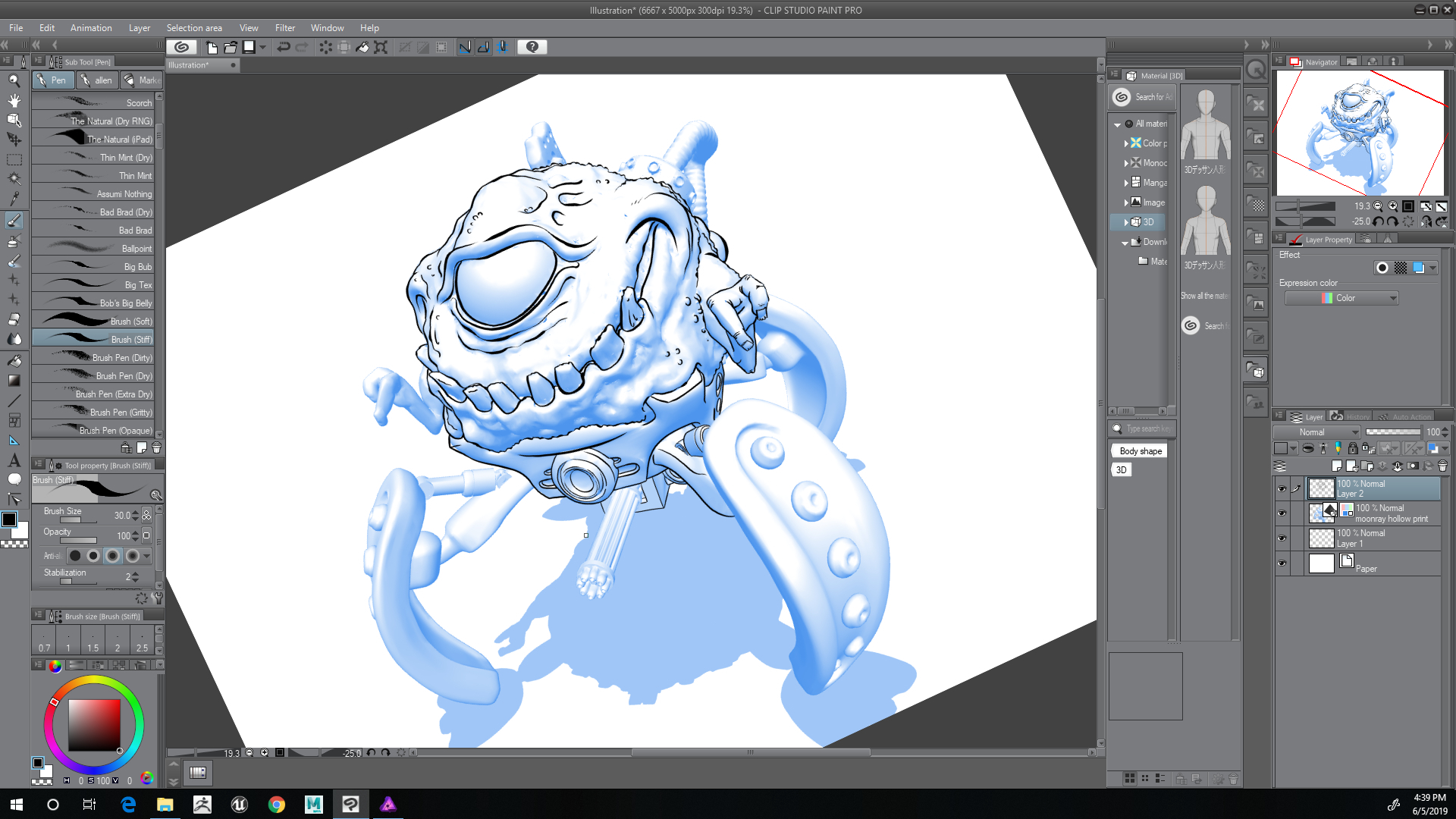 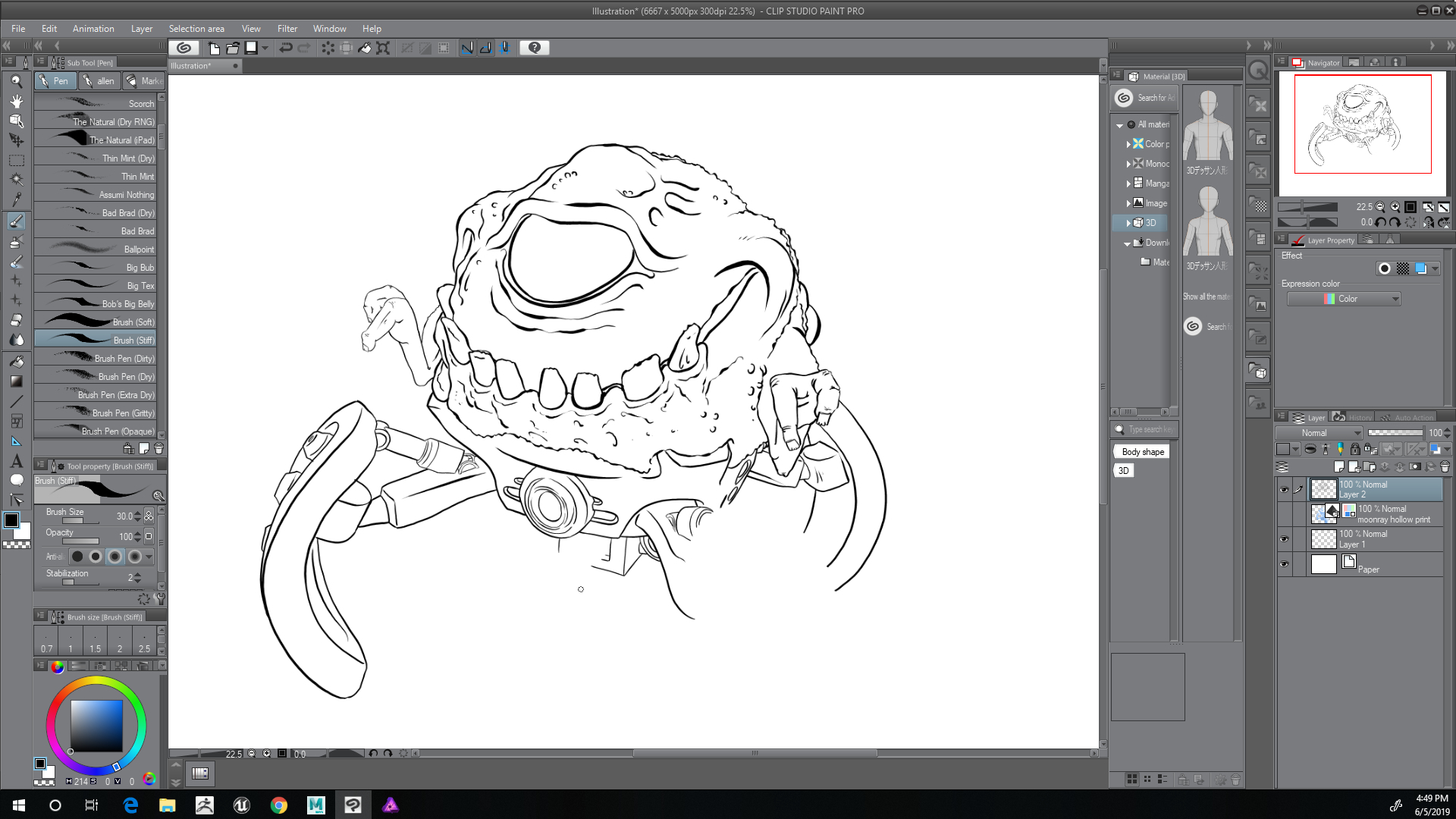 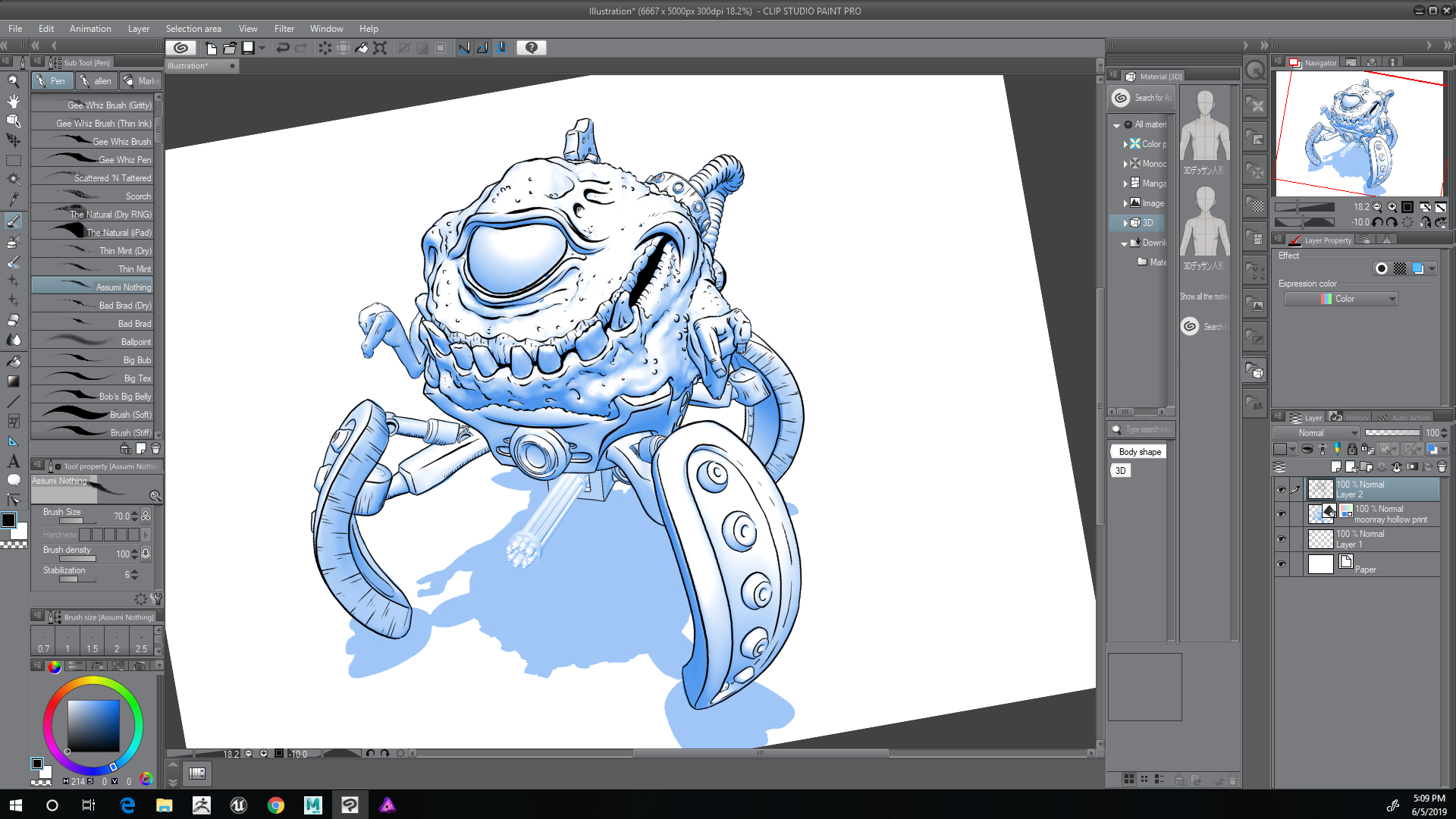 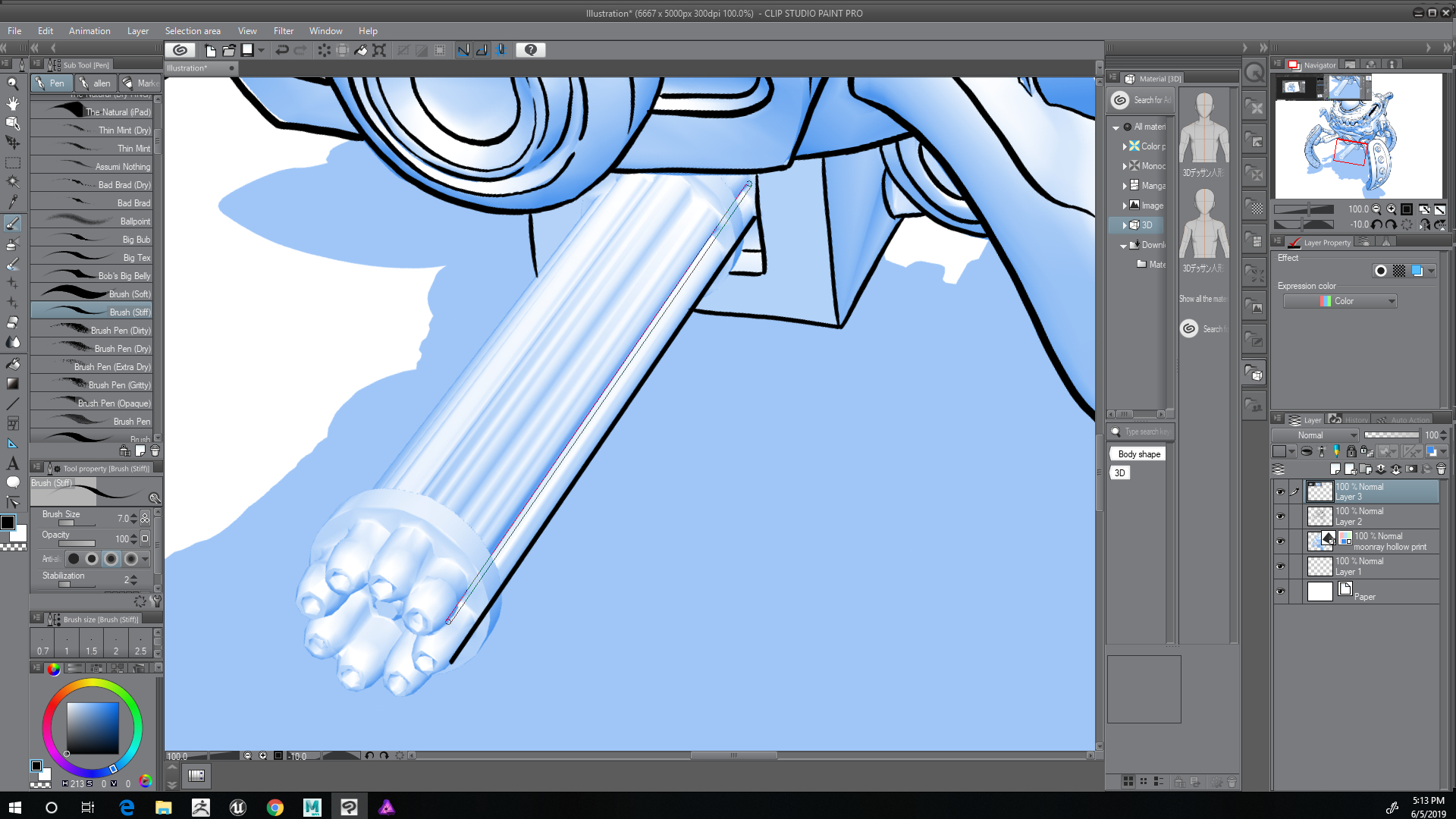 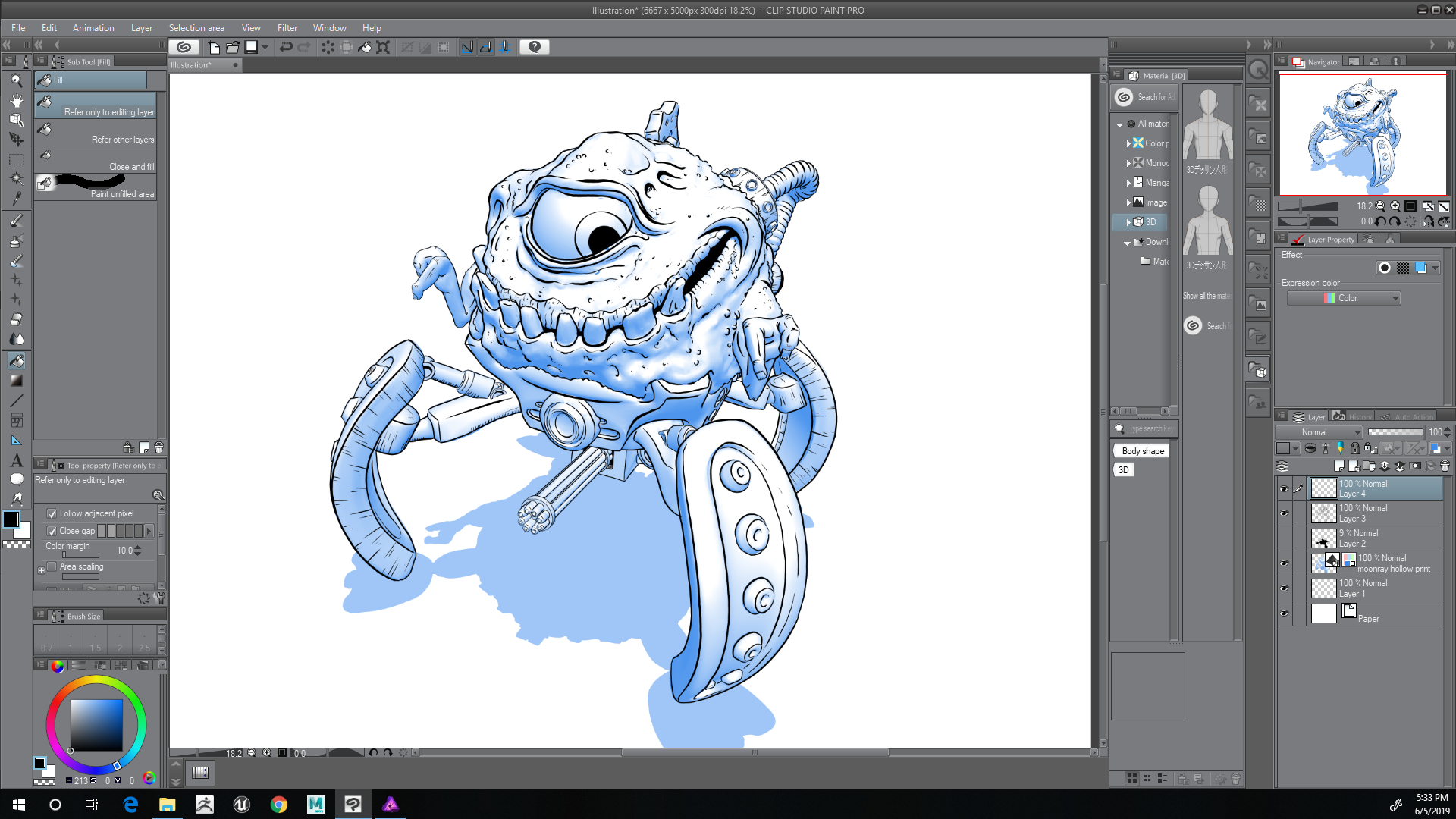 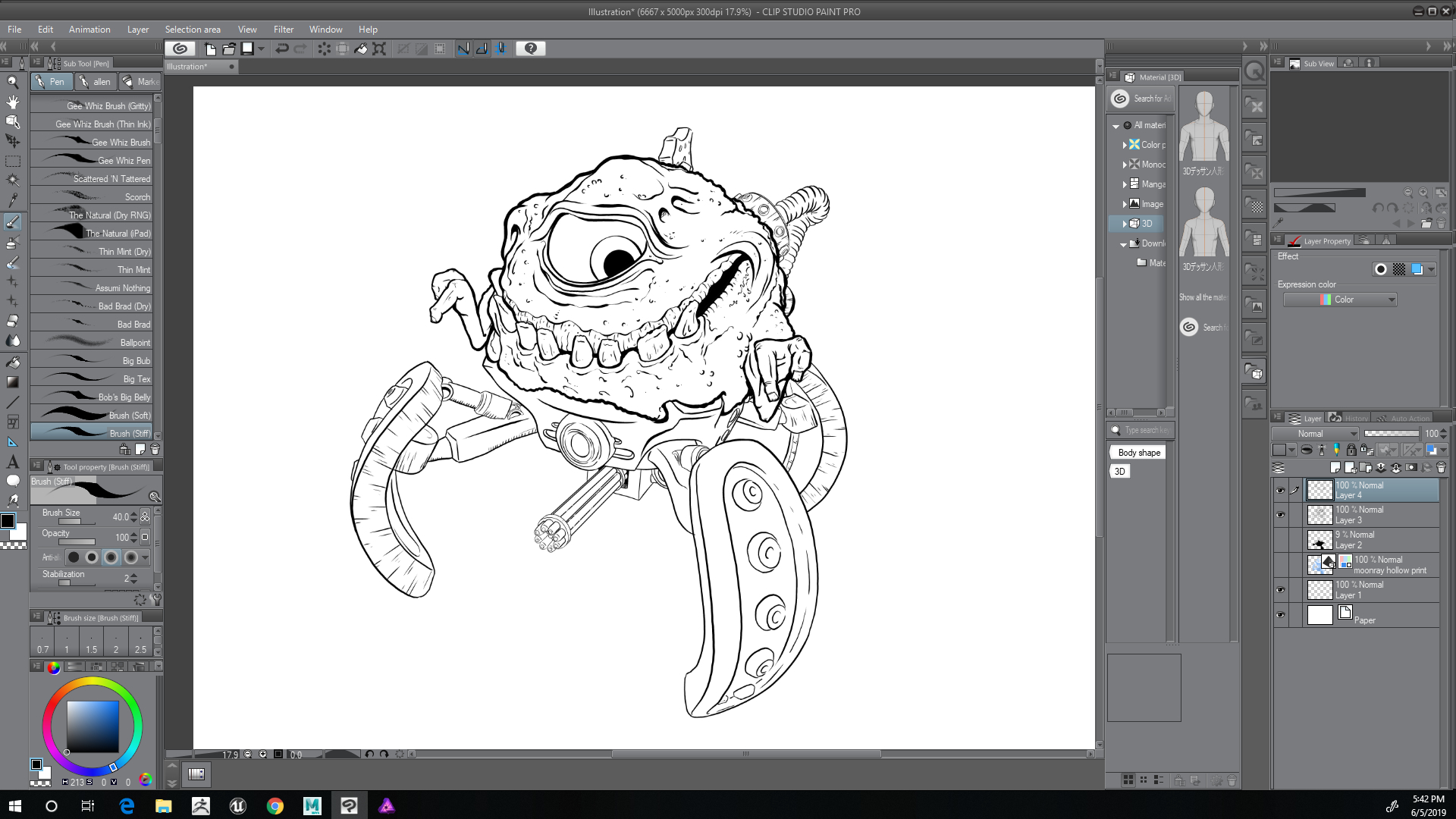 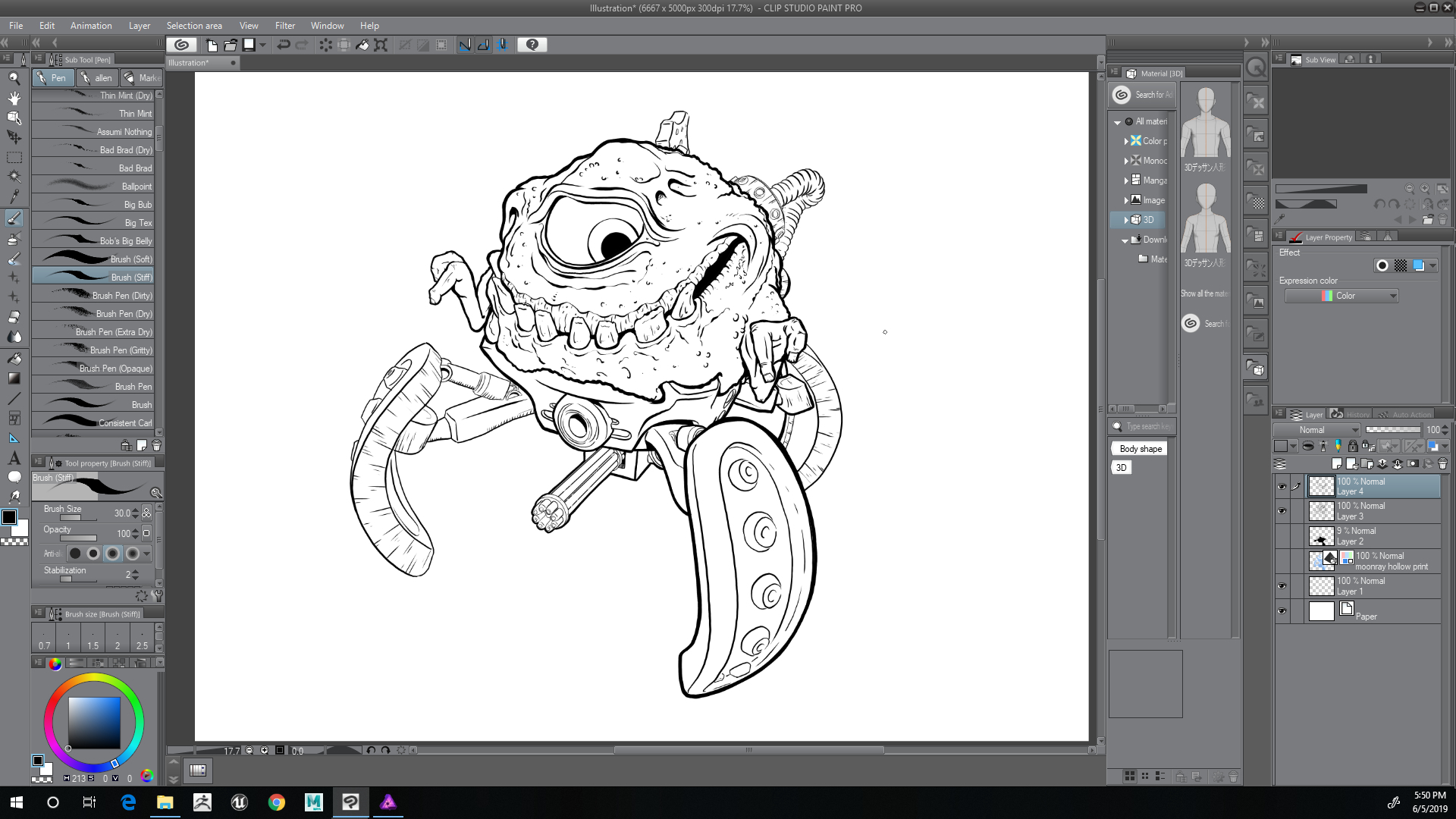 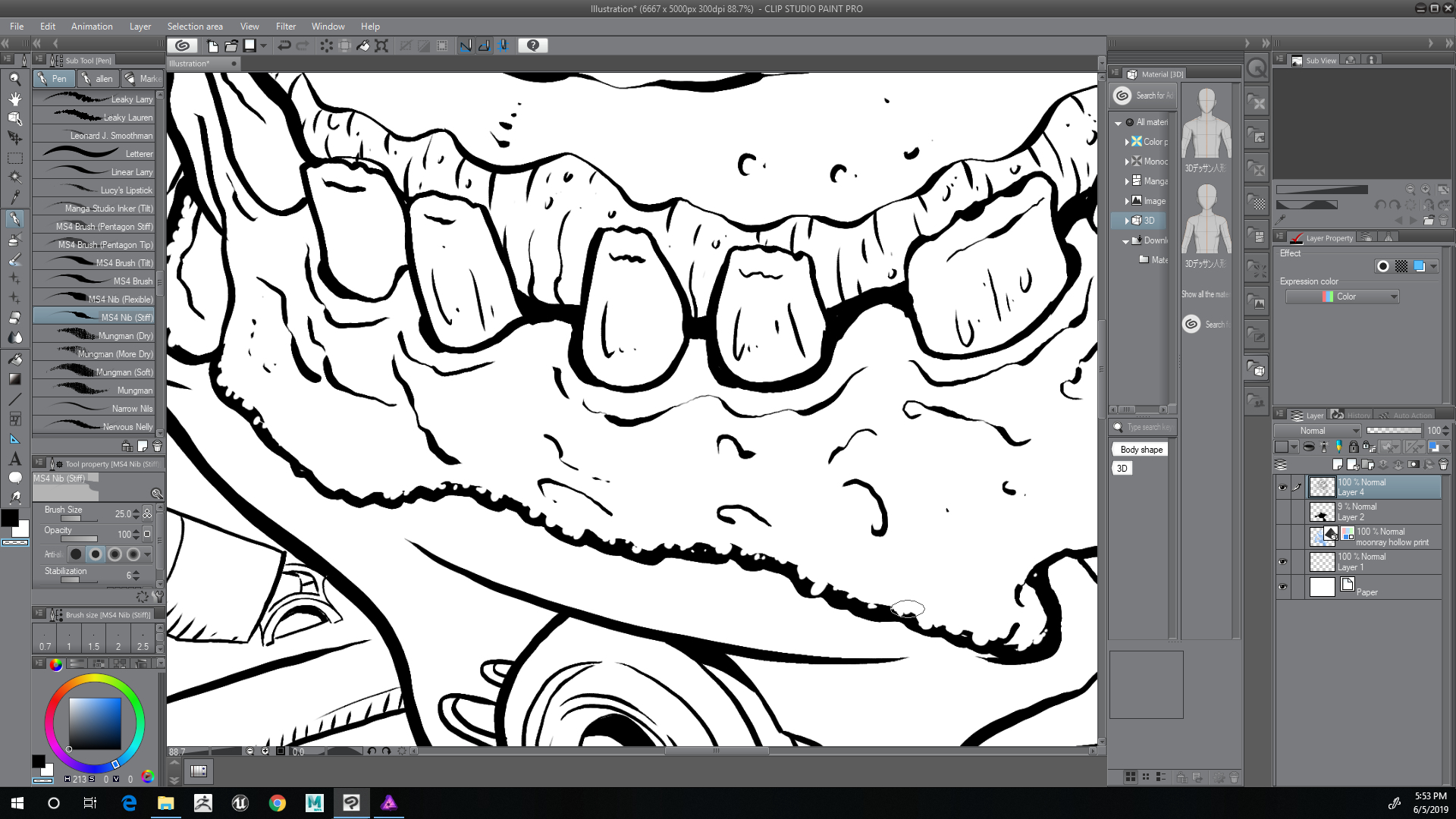 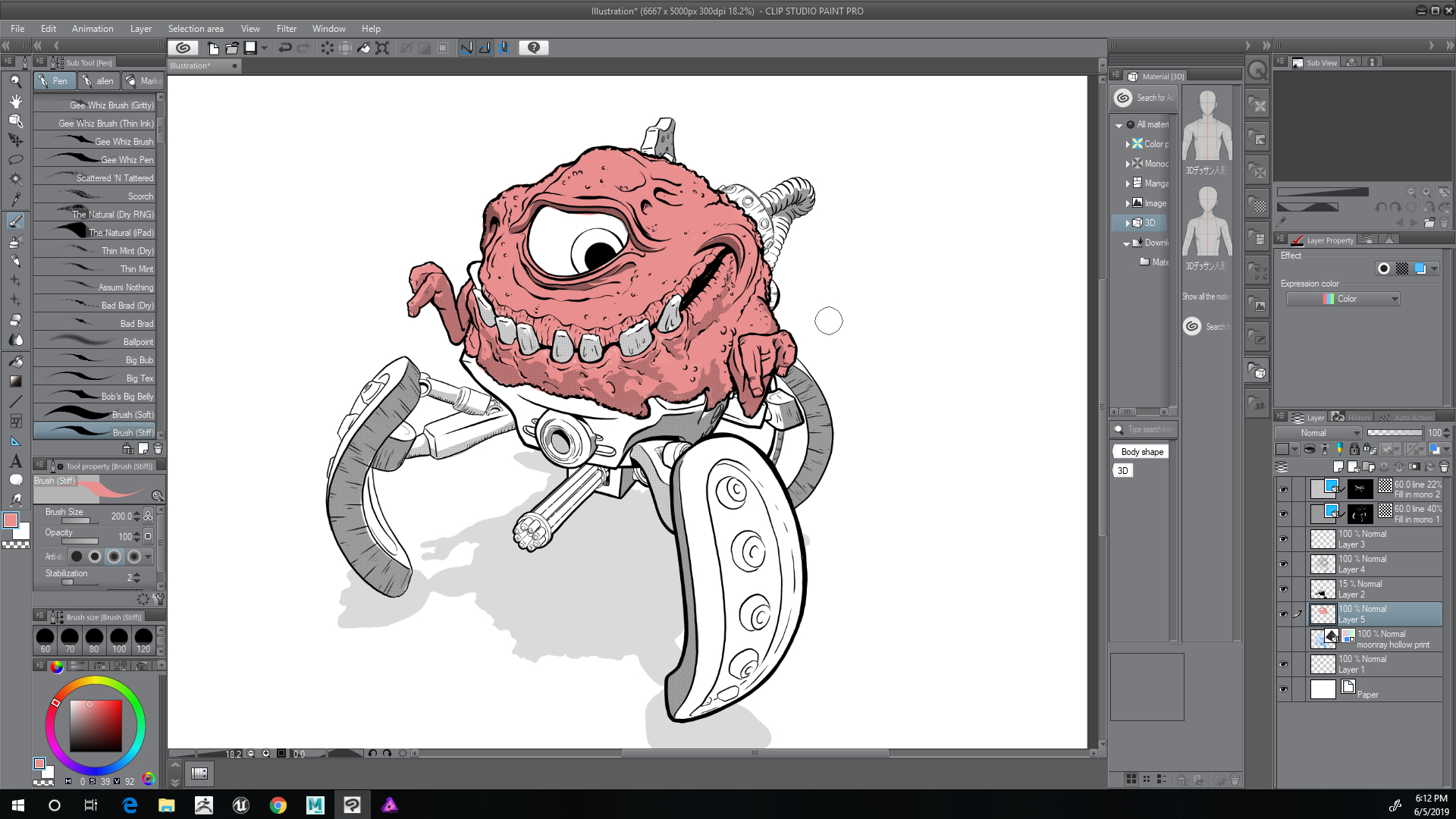 After inking I play around with halftone and adding color. Clip studio has so many realistic paint tools, it makes it easy to experiment. Oil paint water color, air brush, ink, color pencils. etc... . You can easily create the same illustration multiple ways. Thanks to Clip studio the power and freedom of creating is in the hands of the artist. 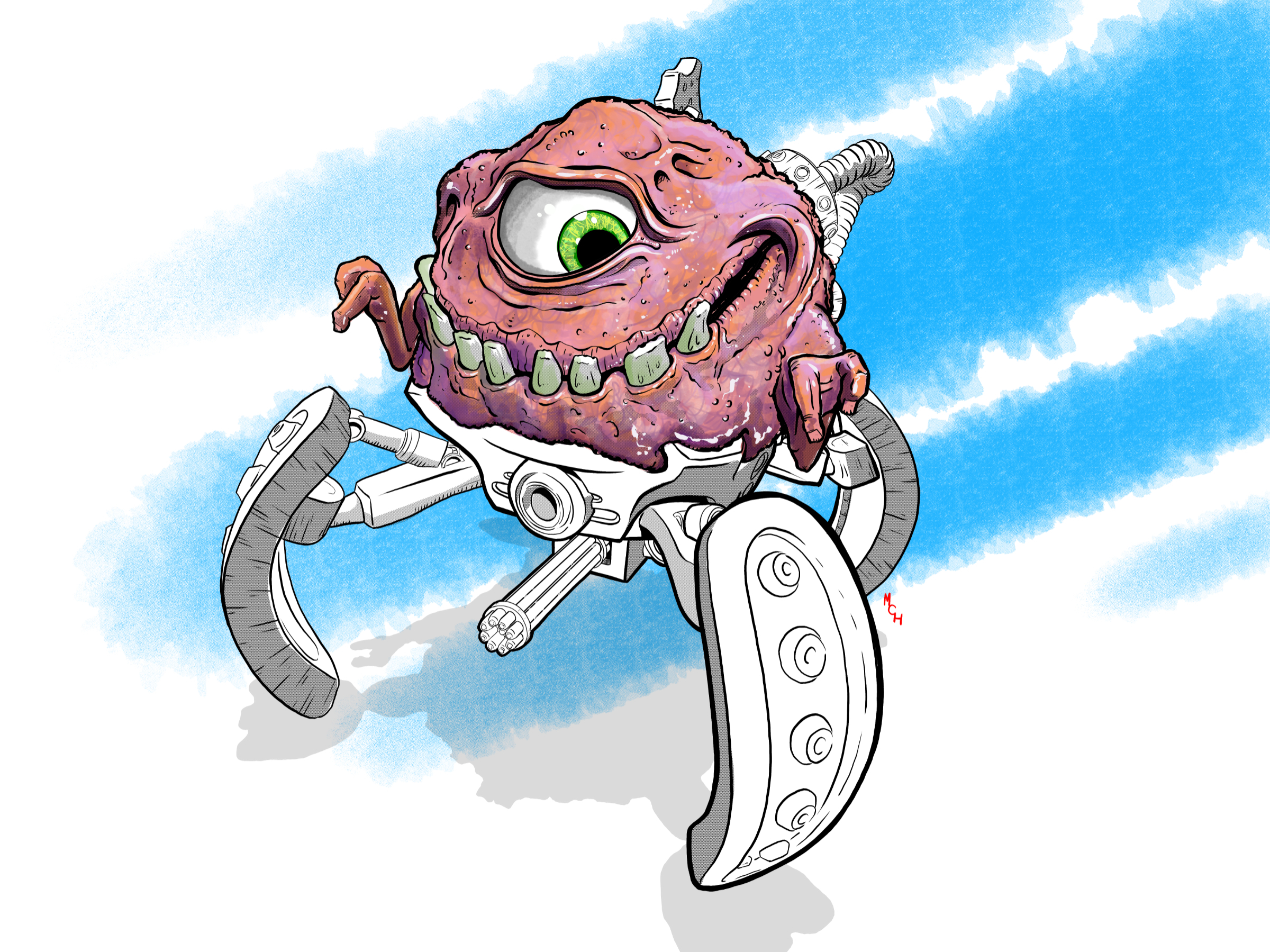 I experiment with color and texture. This demo (not including the 3d modeling) took me around 4 hours.

Most importantly I use the 3d model that I created as a framework. this technique works with any 3D software that will export an .obj file. Its a fun process.

Blender is a free 3D software that you can use to create 3D .obj file.