Highlight are added to the character’s details.

① On the “Paint” layer, a new layer is made, and its blending mode is set to [Glow dodge].

On this layer, the highlights of clothes and jewels are added with a white [Pen] tool → [G-pen]. 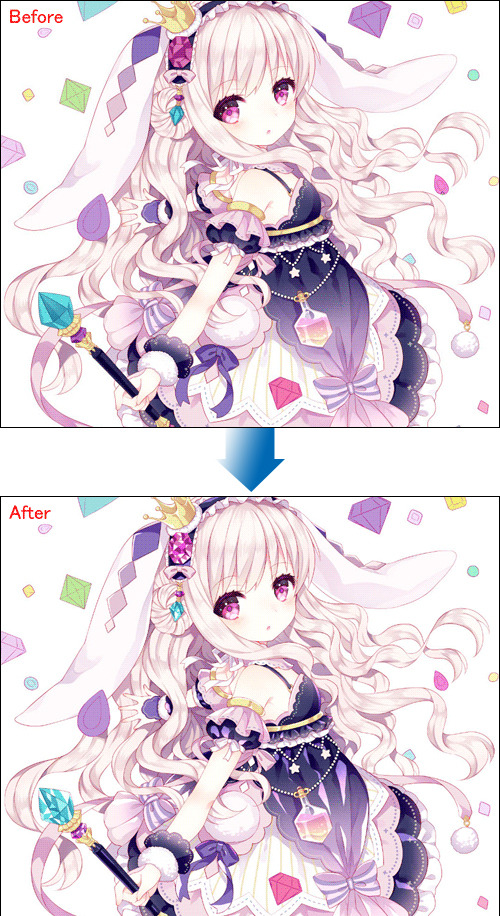 ② The transparency is adjusted and the highlights are done. 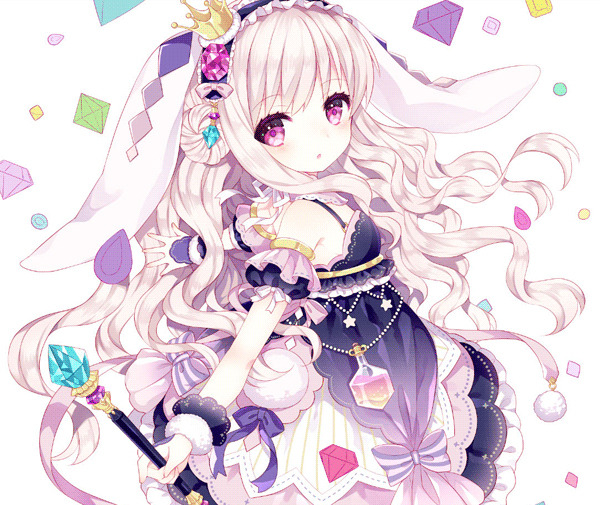 To add contrast to the image, the edges of the shadows are traced.

① [Layer] menu → [LT conversion of layer] is selected while the “Shadow” layer from [1] of No.6 is selected. 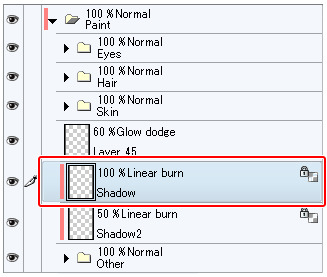 The [LT conversion of layer] function converts the drawn parts of a layer into separate layers of lines and tones.

In this lesson, we will only use the extracted line layer.

② In the displayed [LT conversion of layer] dialogue, the lines that will be extracted are adjusted.

* If the preview box is selected, you can adjust the lines while checking the canvas.

③ When [OK] is clicked in the dialogue, the converted “Shadow 2” layer folder is created above the shadow layer.

As there are useless files in the ‘Shadow 2’folder, everything other than ‘Outline 1’is deleted. 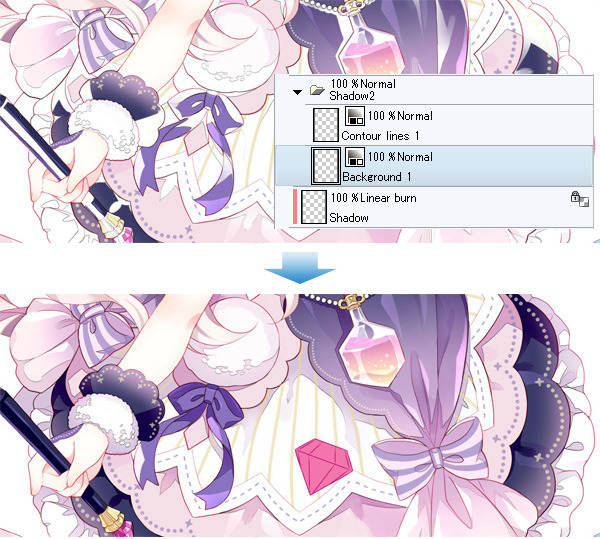 To blend the layer better with the shadows, the [Layer Property] palettes [Layer color] effect is set to magenta, and the layer opacity is set to 50%.

With a border, the shadows become more pronounced.