Hello everyone, this time to share my personal method of reproducing legendary creatures. Legends are usually based on detailed or short descriptions, and there are corresponding real-life animals as references, so don't worry that you can't find the image data.

This time, I chose the Aztec feather snake god. Compared with the full animal, the snake's requirements for the skeleton are not strict, but the most troublesome thing is that he stacks the scales, so this side also I will explain how to solve this problem together.

The concept of feather snake god is quite simple, it is a winged snake, like a flying horse or a tauren, and so on. There are only two combinations of legendary creatures, but I will make more changes to make a personal characteristic feather snake god. The point will be explained in the next steps. 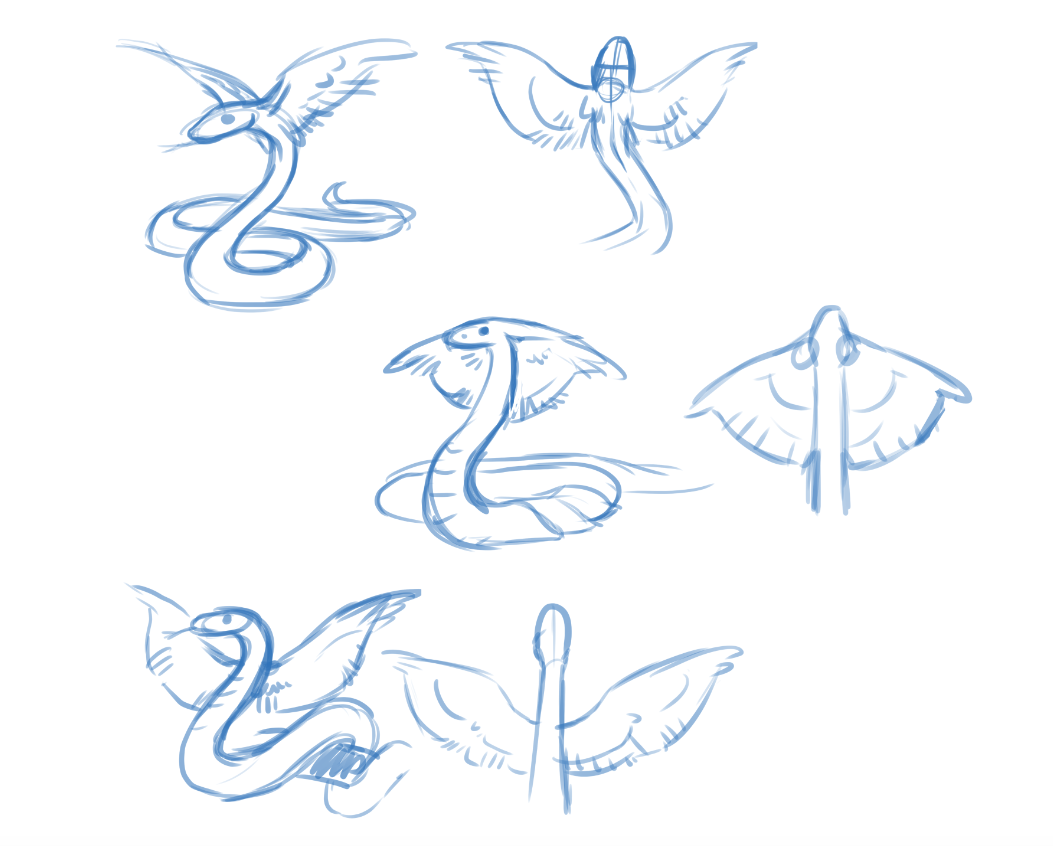 Here I create the software default canvas and draw a draft of my pre-expected appearance.
Now there are three preliminary shapes, and finally the middle design is chosen.

If you choose the subject of the creature, the image of them does not appear completely in the brain. In addition to the method of drafting on the canvas, you can also trace the origin of the legend and search for any kind or variety of local characteristics according to its origin. Related creatures as a thought and combination
For example, the story of the Feathered Serpent takes place in the jungles of South America. The snakes selected include giant pythons, cobras, and flying snakes. Although the ecology of flying snakes is my ideal feather-like snake, the cobra can expand the neck. Can be transformed into my ideal wing, and choose the cobra as a prototype. The part of the wing is intended to refer to the color of the hummingbird or parrot of South America because I have transformed it into a wing that is not like a bird.

Basic settings: the area in which he lives, the general character, the group or the lone, the feeding habits, his predation methods, the footprints, etc., which are generally seen in animal illustrations.

Advanced Supplement: If you want to expand the worldview you built, don't imitate the gods that are good or bad for the local residents, and what kind of stories or rumors he has in the mouth of the people, various settings Can be added at will, regardless of whether he has super powers, the local residents' life culture must be closely related to the local biology, but nothing more than food and clothing and religion, and the theme I chose this time is just related to religion.

The second step - the first draft 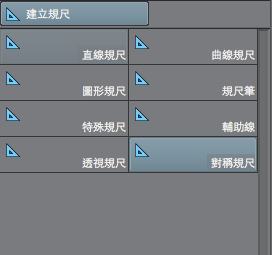 After the first draft was finalized, we began to formally design the three views of the feather snake god, both front and back in the same way, using a symmetrical ruler to save time. 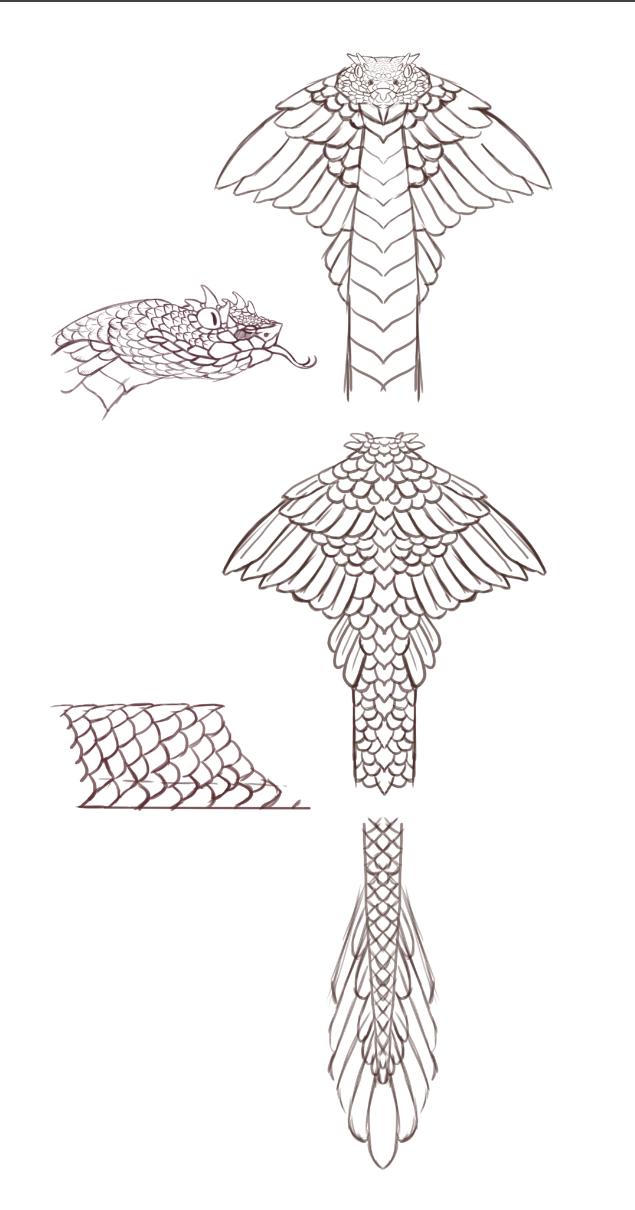 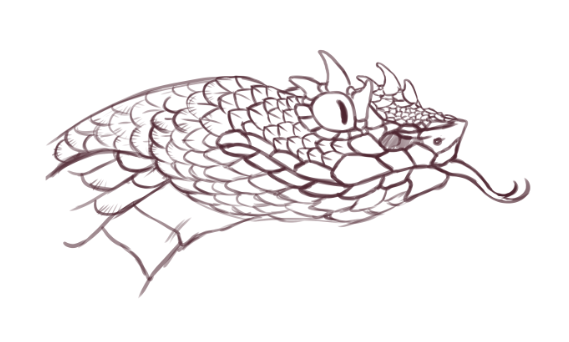 When referring to the various snake materials, although the selected cobra is the main body, I still choose to refer to the heads of other snakes in the head part, and add more eyelashes above the eyes.

The side can be used with a free snake scale brush or a paid snake body material to speed up your work.
But I personally recommend looking for a day to practice snake scales, you will know more about the snake's body shape, and the following is my method.
Between the two parallel lines, draw a grid with a little curve as shown in the figure, and then modify the shape of the grid according to the type of your snake scale. In addition, you need to pay attention to the abdomen scale that is attached to the ground. 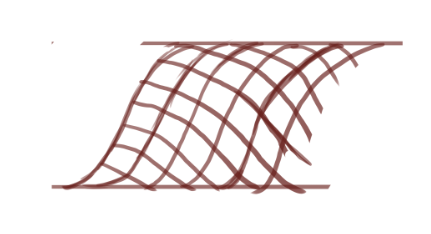 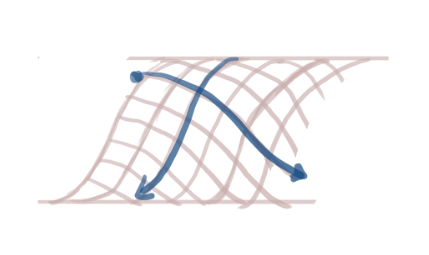 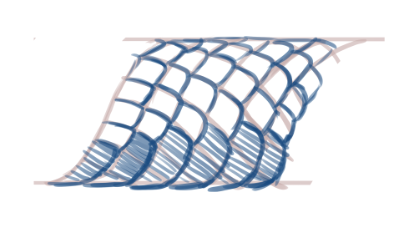 In the face of a curved body, first we still draw the grid according to the above square, but there will be an auxiliary line in the middle, you will see that the grid I painted meets the midline and bends, because this part is actually close to the ground. Raised shape. If you encounter an extremely curved snake, you don't have to relocate the above. The smaller the scale behind you, the more logical it is, because the final stage of coloring does not take this part very carefully. 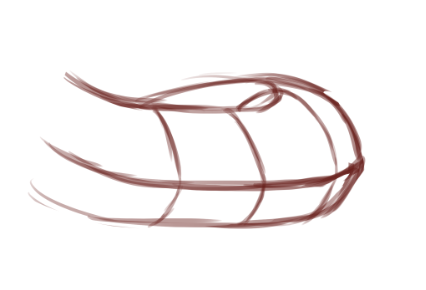 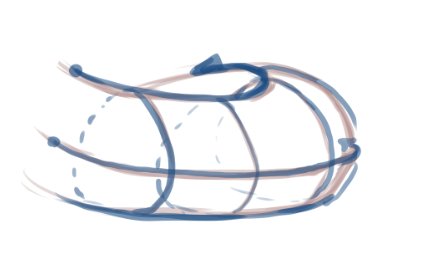 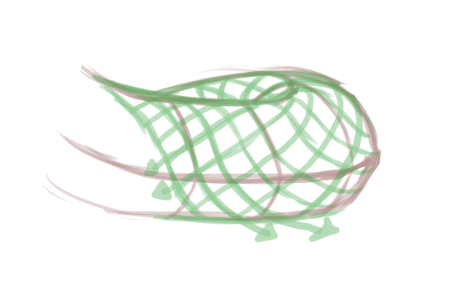 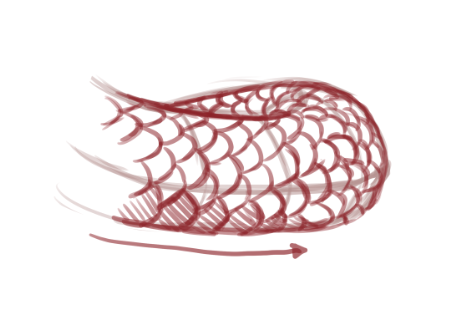 note!
The most troublesome part of snakes, fish, birds and lizards is the layers of scales or feathers, as well as granulated skin. Especially if you want to create dragons with similar characteristics, you will definitely face this. This time is to explain the regular shape of the scales (feathers), next time there is a chance to introduce granular skin
But be sure to patiently depict the scales, especially the online manuscript, because in the colored part, you will know that the curved surface of their body is also the so-called light and dark surface, even if we don't go carefully every piece. It depicts all the scales (feathers), but if you don't have the patience to complete this step, you will be quite frustrated when you paint. 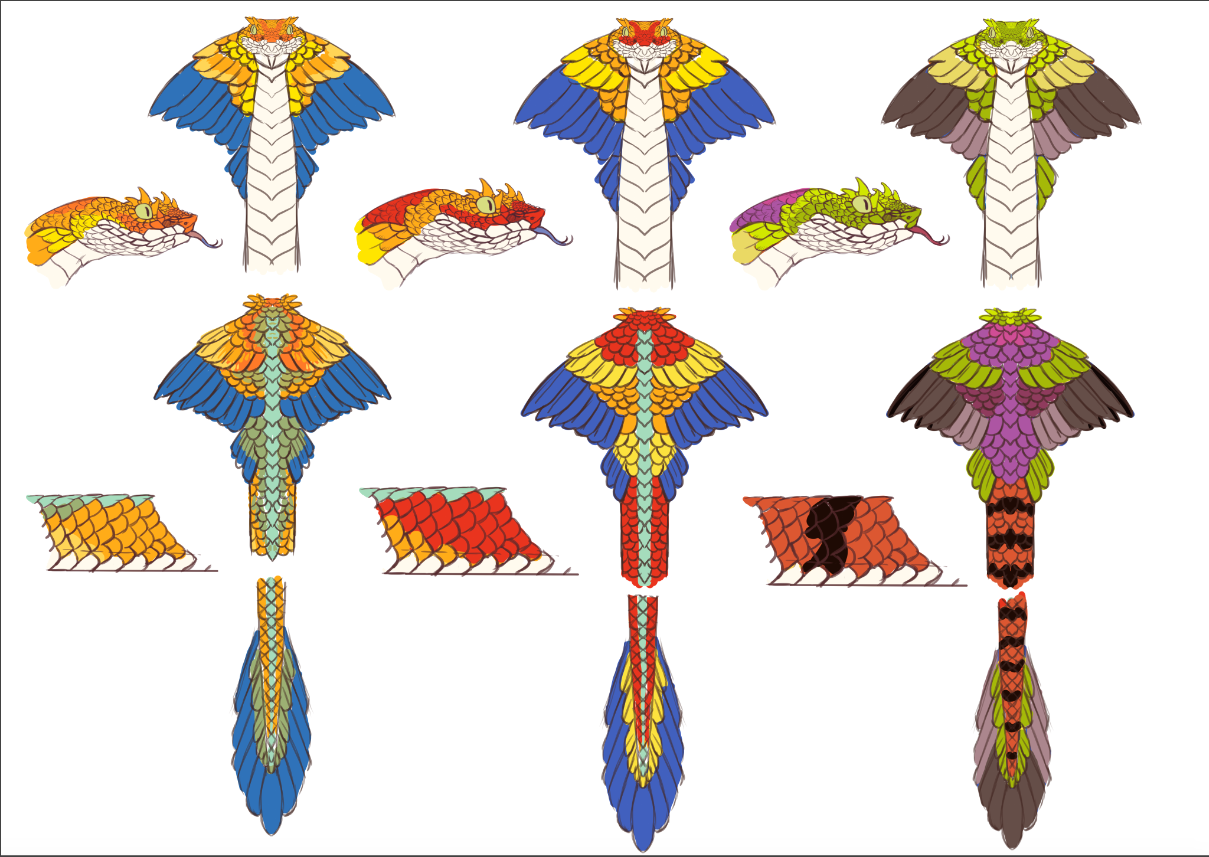 Finally selected the left side. The color matching looks more harmonious, in line with the peace of mind, the loving personality of the feather snake god color.

After determining the above settings, we began to draw a full-body picture of the feather snake god.
In addition to the image data of the network, the snake's dynamics can use the material to determine your snake body movements. 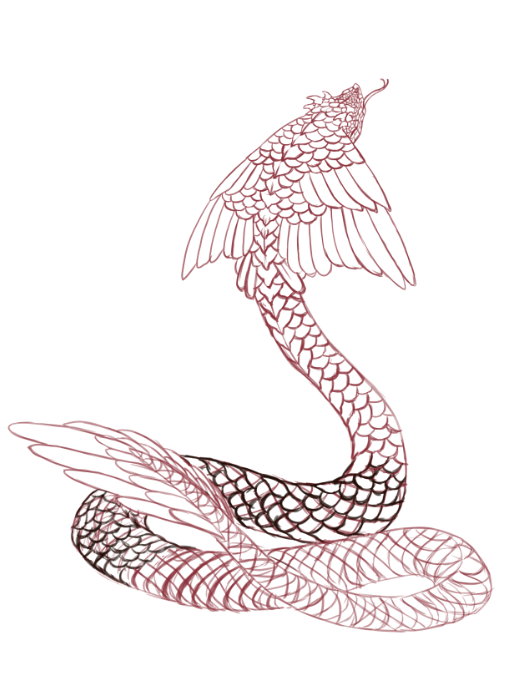 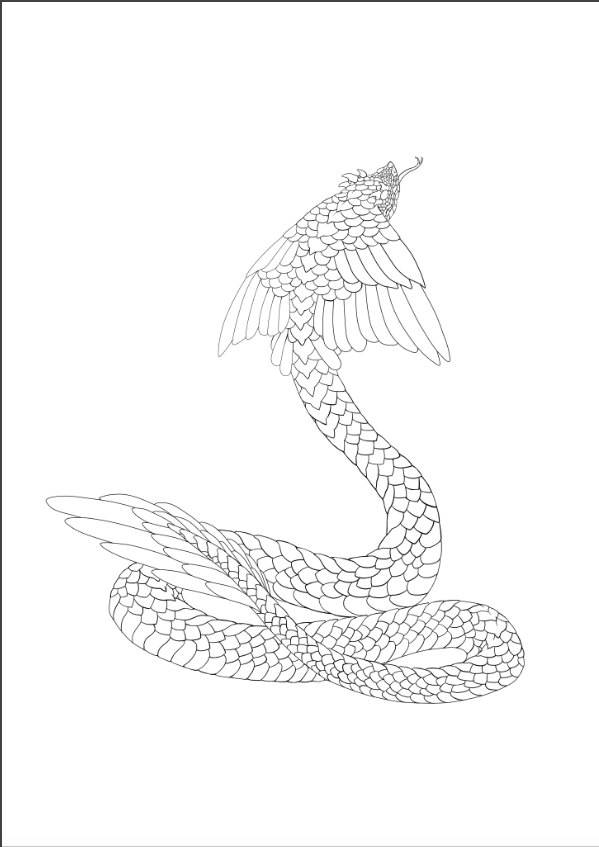 Line draft
Note that most of the body of the snake is that the area of the head connecting the neck is thin, and about three-fifths of the body is wide, and the last one-fifth of the tail is pointed. Occasionally there will be an exception body appearing in the snake family, but after understanding the basic structure, you will be able to make your own ideas in the future.
The trouble with snakes is that their postures rarely appear in a straight line (except for death or decorations), so the parts of the scales have to rely on the help of auxiliary lines or material brushes. The curved part does not need to care that it is very neat, as long as it is logical to draw the scales. 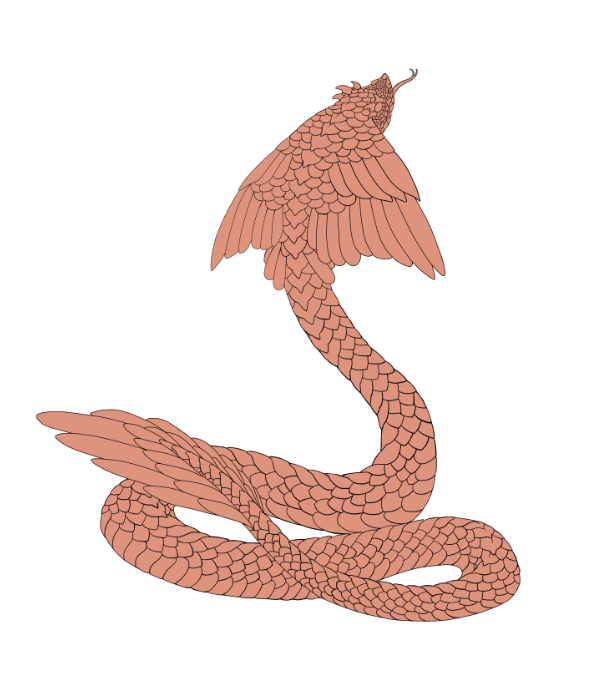 The above is the basic brush I use for coloring.
Thick watercolor: the bright side of the shadow and bright color \ feather.
Color blending: The dividing line between blurred colors.
Soft eraser: Makes a rough shiny surface of the scales. 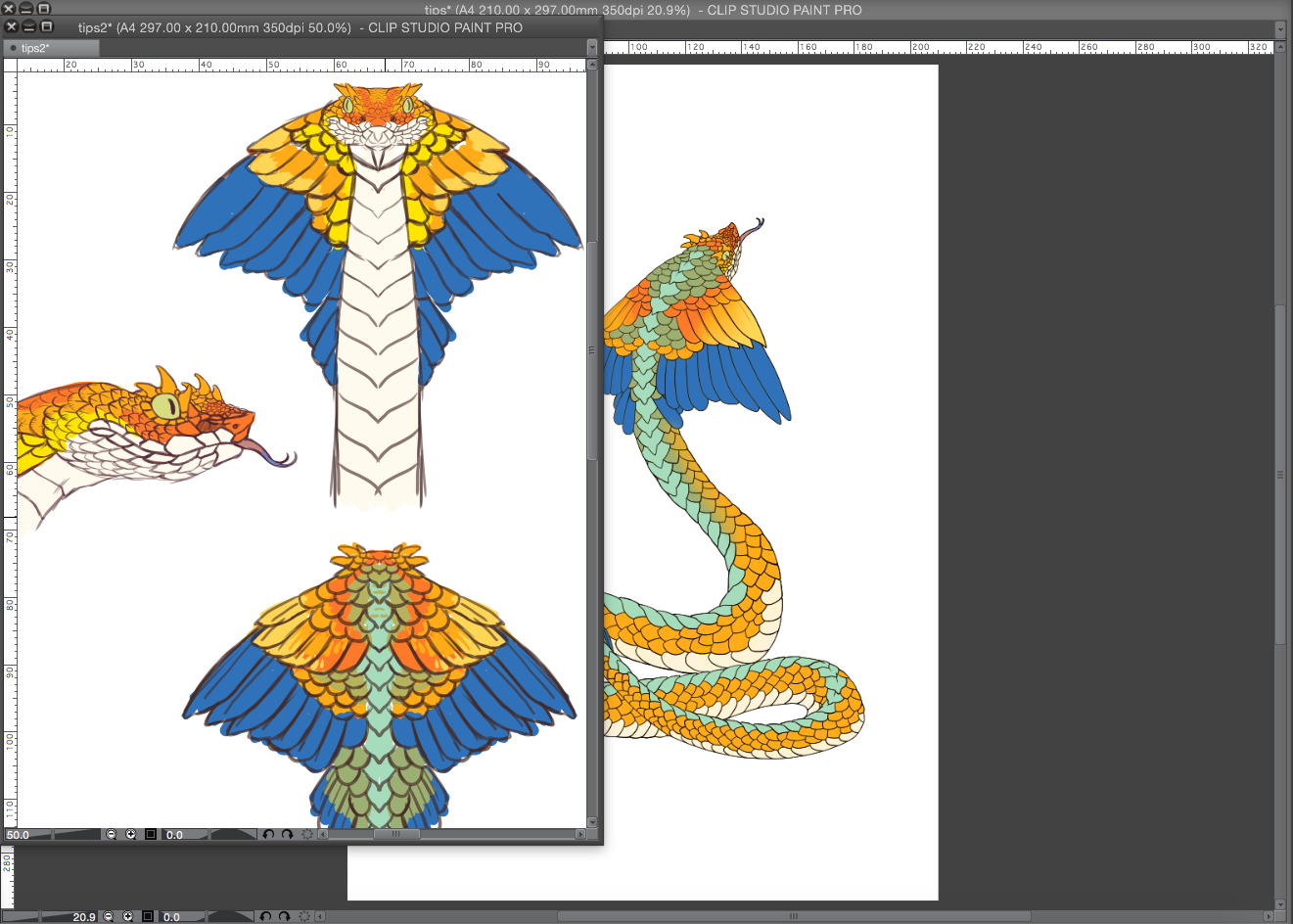 When loading the color, please open the file of the setting picture at the same time, and use the suction tool to select the color to color. 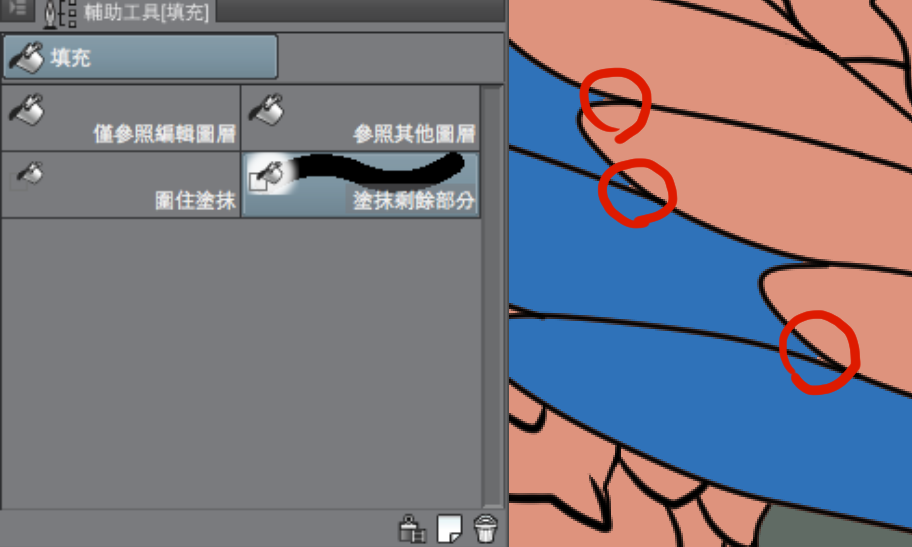 Because there must be some omission between the seams of the scales, you can use the fill-smear to fill the rest. 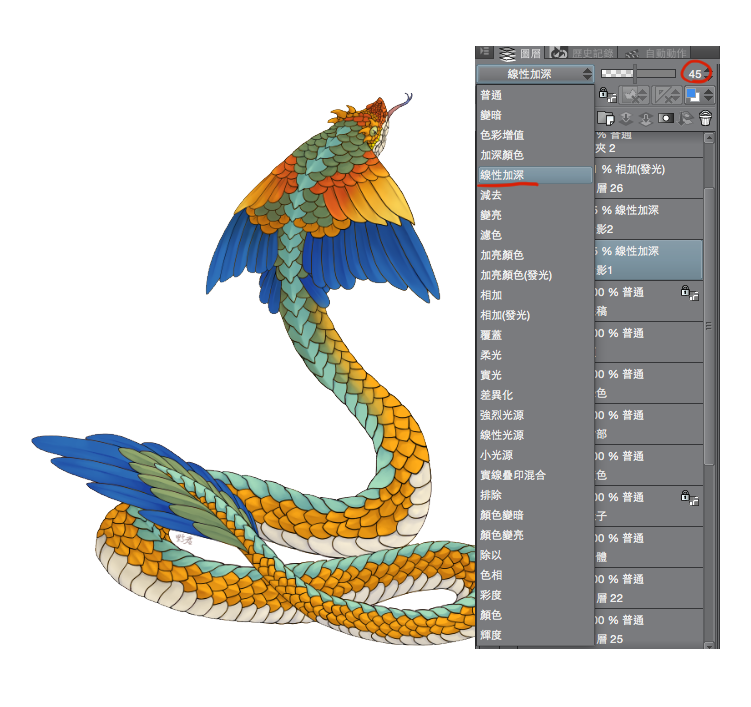 Shadow Layer - Select Linear Depth + Reduce Transparency to 45%
Duplicate the shadow layer and use the eraser - soft wipe to not need to emphasize the dark side. 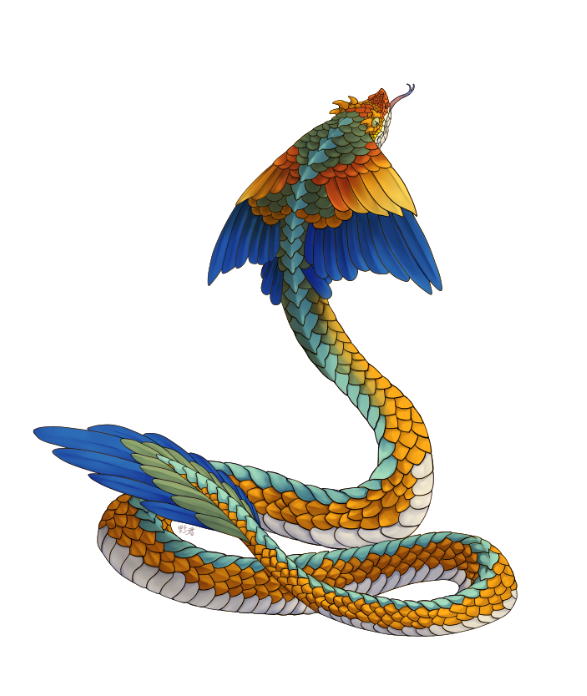 Eventually we completed the dark side of the foundation. 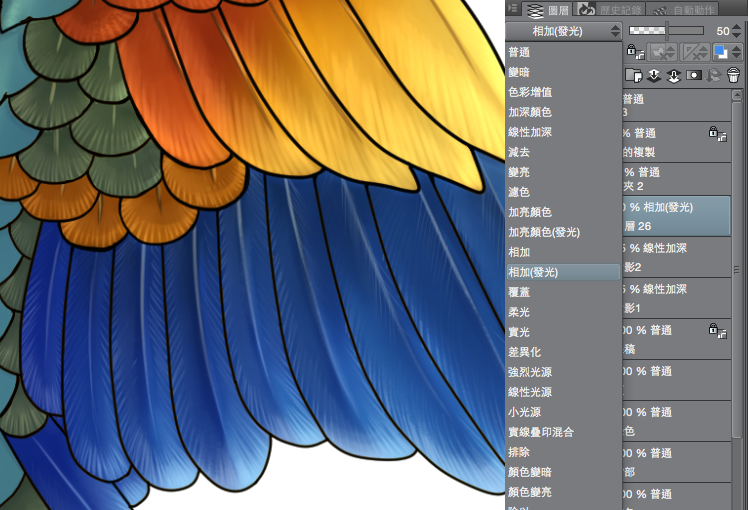 Glossy layer - add (light), adjust layer transparency by 50%
In the part of the feather, I will only draw the light or darkness of each feather on the light surface. The down of the back, in the direction of the fan, to deal with the bright side, at the end remember to use the color mixing tool to soften the texture.
Scales find individual highlights and highlights. But pay attention to the darkest part, you don't need to be too focused, it will lose focus. 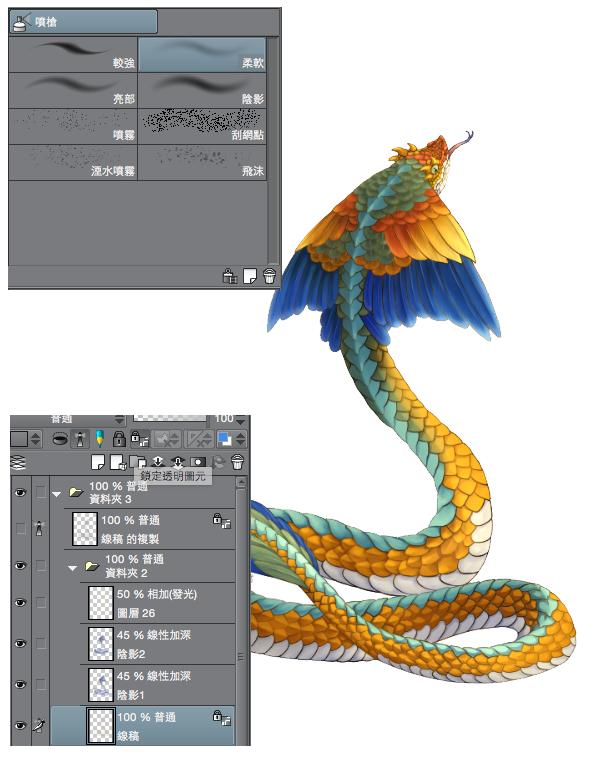 Since the pure black lines are too strong, select the line layer and lock the transparent image source. Use paint-soft, apply a similar color according to the set color. 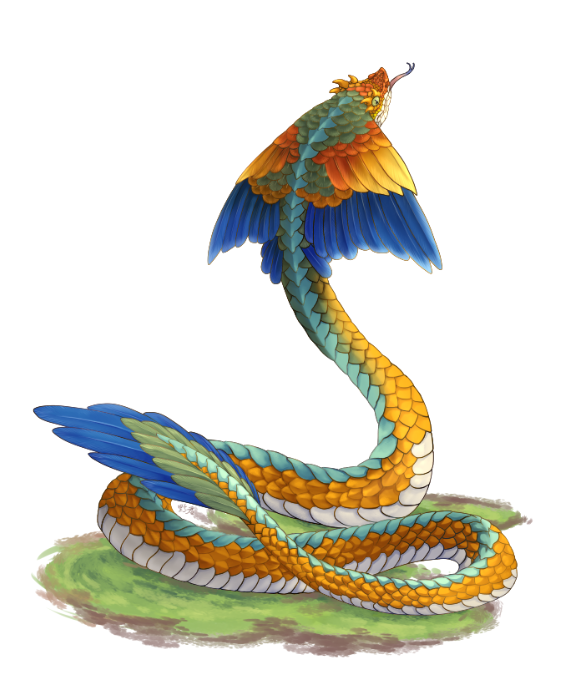 After multiple steps, finally complete the feather snake!
I hope that after reading this tutorial, I can understand how the snake monsters think about the difference between design, feather and scale painting.