Draw lines for sound effect lettering using tools such as the [Pen] tool.

1 Click [New Layer Folder] on the [Layer] palette to create a layer folder. Change the name of the created layer folder to "Sound effect".

Change the stacking order of the layers so that the "Sound effect" folder is immediately below the "Balloon layer" folder.

Move any layers by hovering the mouse cursor over the grip on the right side of the layer and move it when using the iPad version. For details, please refer to “Try Drawing an Illustration in CLIP STUDIO PAINT Basic Guide” → “Drawing the Fine Details” → “Tips: When unable to move layers on the iPad”. Please refer to these.

2 Once the "Sound effect" folder has been created on the [Layer] palette, click [New Raster Layer] to create a raster layer. Change the layer name of the created layer to "Whoosh".

Tidy up the [Layer] palette by clicking the [▼] marks next to the "Border" frame border folder and the "Finish" folder to close the folders. 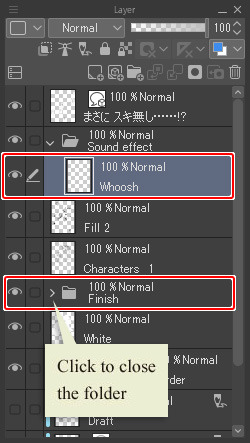 3 Select the main color on the [Tool] palette.

Check that the main color is black. If a color other than black is selected, select black using a palette such as the [Color Set] palette. 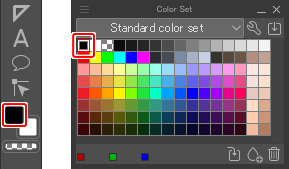 4 Set a large brush size for the [Pen] tool and write "Whoosh" as a sound effect lettering. 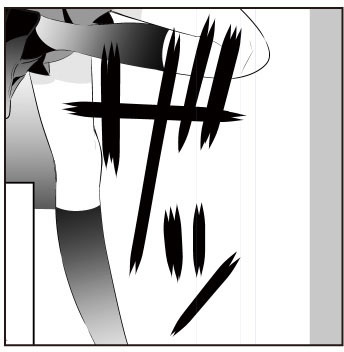 5 Click [New Raster Layer] on the [Layer] palette again and change the layer name to "Bang".

After drawing the outlines of the text in black with the [Pen] tool, change the drawing color to white and fill the outlines using the [Refer only to editing layer] sub tool of the [Fill] tool. 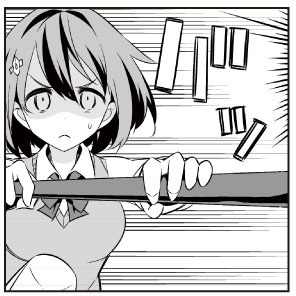 1 On the [Layer] palette, select the "Whoosh" layer. 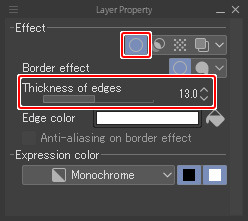 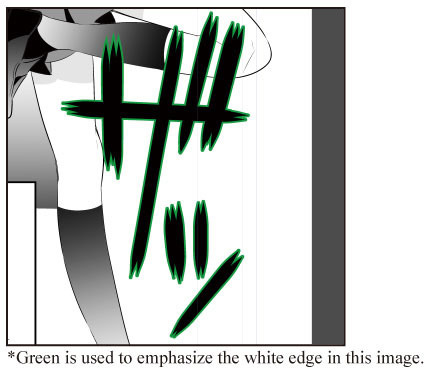 3 Tidy up the [Layer] palette by clicking the [▼] mark next to the "Sound effect" folder to close the folder. 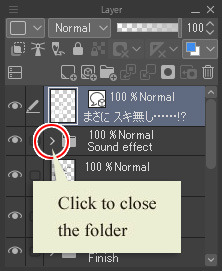 Make corrections such as adding white edges to areas where the line borders cannot be seen easily.

1 On the [Layer] palette, create a new raster layer above the "Fill 2" layer and set "White 2" as the layer name. 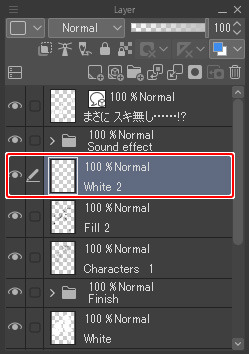 2 Select the sub color on the [Tool] palette.

If the sub color is not white, select white on a palette such as the [Color Set] palette. 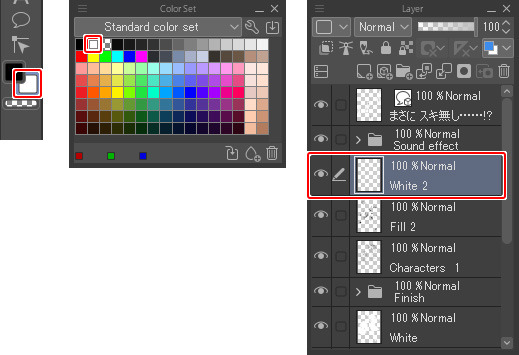 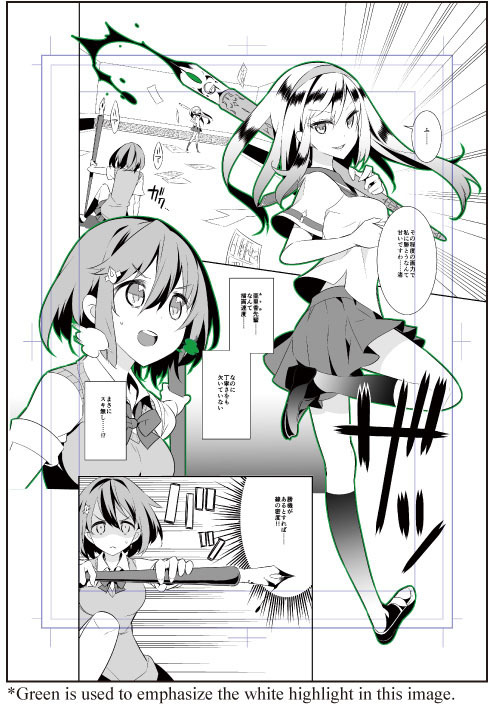 To select the content drawn on a layer, hold down the [Ctrl] key and click the thumbnail of the layer to select the drawn area.

4 All of the frames are now complete. 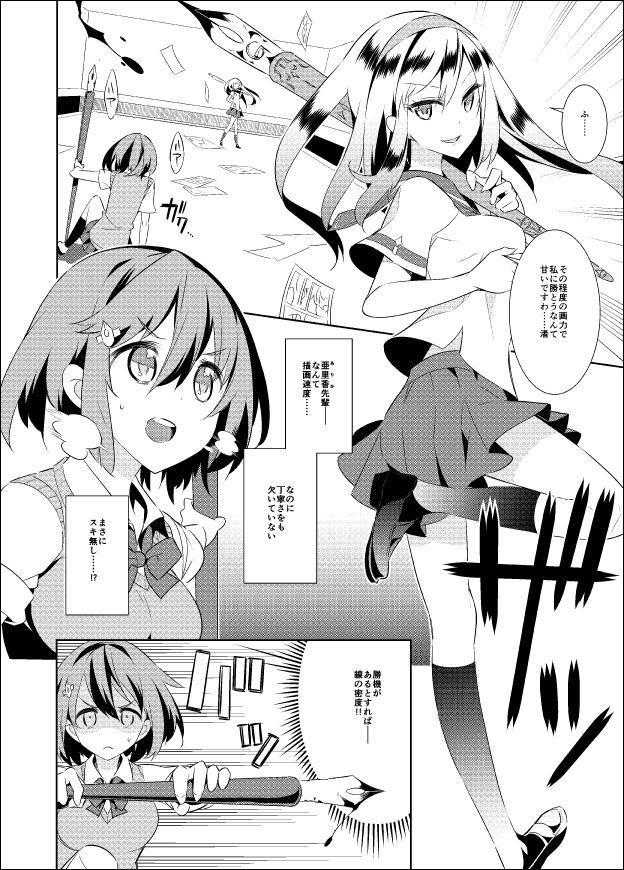 White outlines are used to add a white edge around items such as characters. Adding a white outline makes the character, etc. stand out so that it is easier to see.

White outlines can be added either by drawing with the [Pen] tool or by outlining a selection.