Adjust the draft lines of the characters and background in each frame based on the storyboard.

Create a raster layer and set it as a [Draft layer].

In the [New Raster Layer] dialog box, select [Gray] as the [Expression color] and set "Draft" as the layer name.

To create a layer with a different expression color (or other setting) from the initial settings, create it from the [Layer] menu so that you can change the settings when creating the layer.

2 Select the "Draft" layer and click [Set as Draft Layer] on the [Layer] palette. 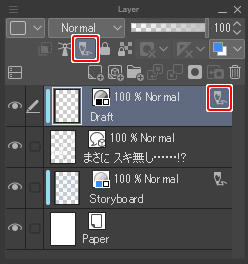 3 On the [Layer] palette, change the stacking order of the layers by dragging the "Draft" layer so that it is immediately above the "Storyboard" layer.

Use the [Pencil] tool and [Eraser] tool to draw a draft on the "Draft" layer.

For details on how to draw a draft, see "Try Drawing an Illustration in CLIP STUDIO PAINT: Basic Guide" → "Rough Draft".

Your draft is now complete. 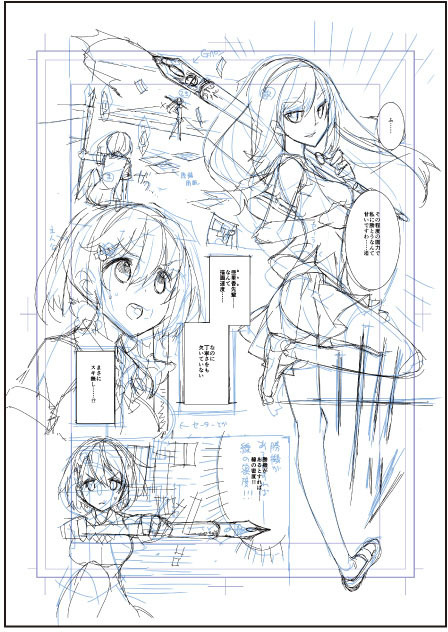