A. Inking the character

Since vector layers do not degrade when scaled up or down, I use them when drawing accessories and items that might need to be adjusted in size later.

After scaling it up to just the right size, I rasterize it by converting it to a monochrome raster layer.

I draw the character pose and movement with cartoonish effects. 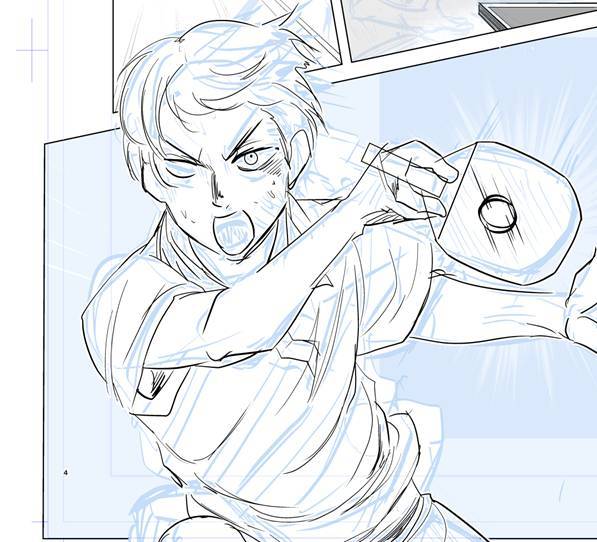 Make sure to make the outline on the thicker side and the inner lines such as clothing wrinkles, etc. on the thinner side.

I draw the outline of the character thick. For the fine lines on the clothing, I use the [Mapping pen] and adjust the brush size to be thinner as needed.

I ink in details like the racket’s woodgrain and cover texture. 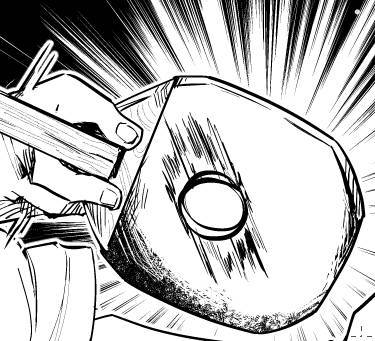 I set the [Tool Property] Palette as in the illustration shown below. With this setting, I can trace any thick lines that I want to be thinner. 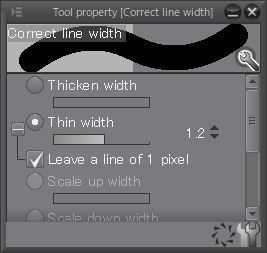 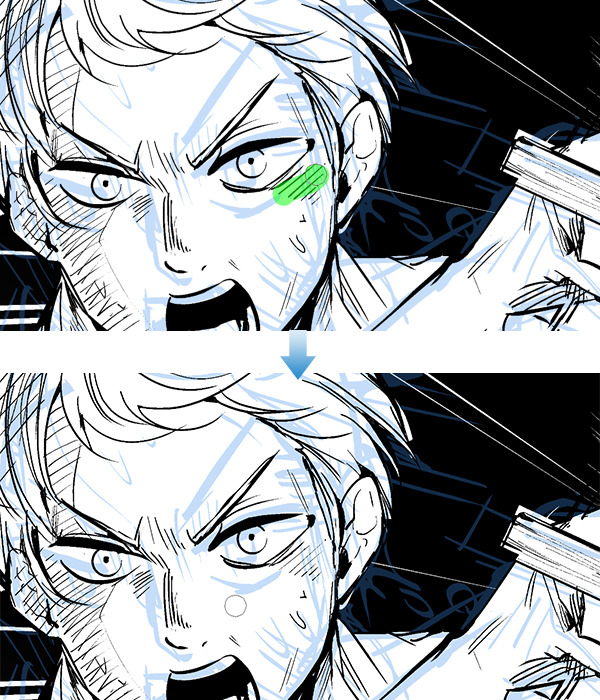 When using the [Correct line width] sub tool on a raster layer, it’s hard to adjust lines on white areas.

In this situation, I make the white areas transparent using [Convert brightness to opacity] from the [Edit] menu.

However, be very careful as removing the white areas from the layer will reveal anything on the lower layers.

B. Modifying the speech balloons

Part way through inking the characters, I begin revising and changing the effect lines. 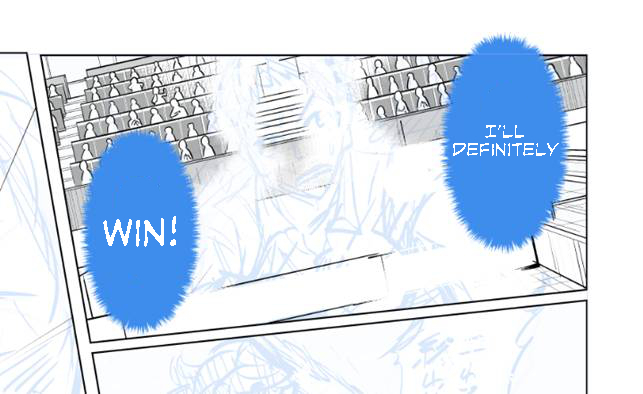 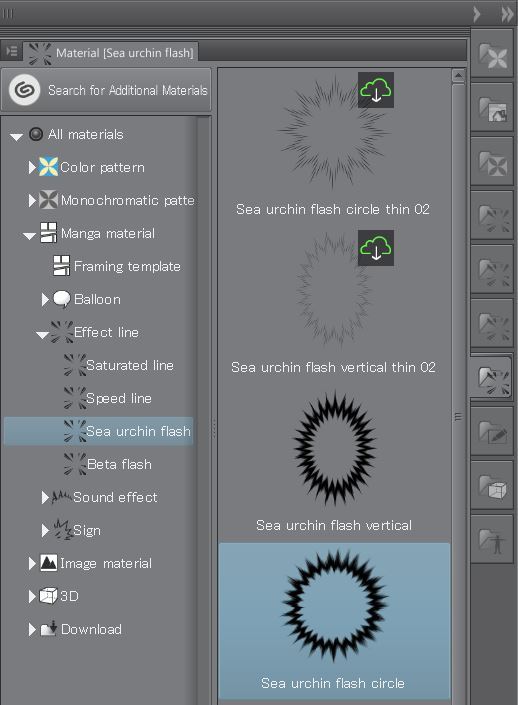 (2) I drag two of these onto the canvas and then use the [Object] tool to make adjustments. 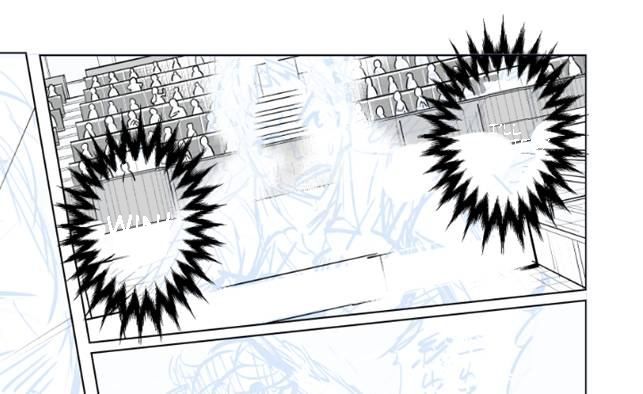 (3) Since the center of the flash is transparent, I add white to the inside of the flash on a layer just below it and change the text color on the layer above it to black. 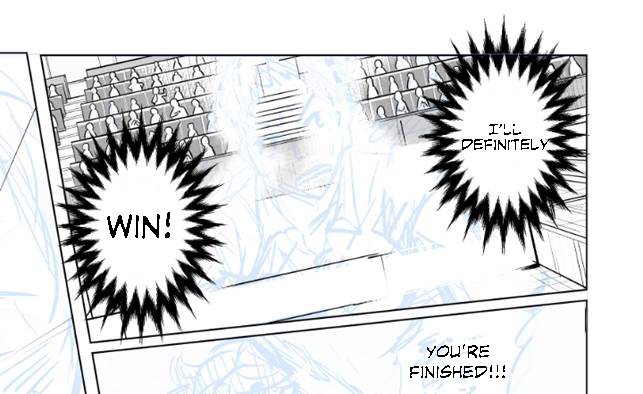 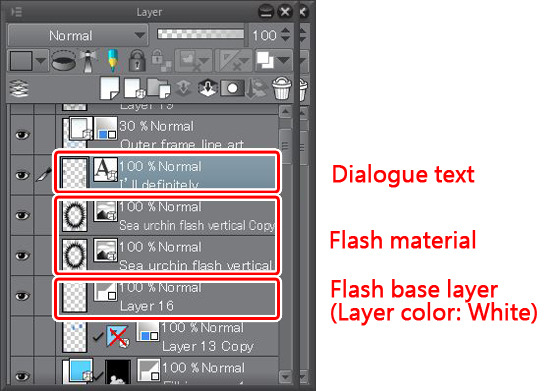 Moving on, I ink the characters in both the first and the second comic frames. I also add white behind them to hide the background like I did with the speech bubbles. 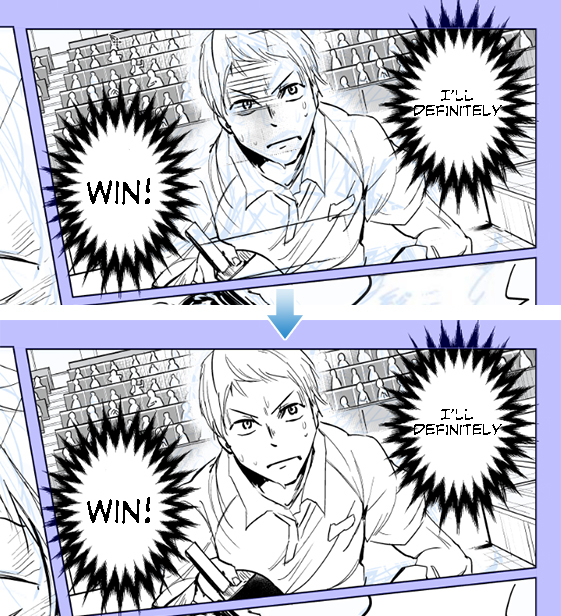 With this, I have finished inking the characters. 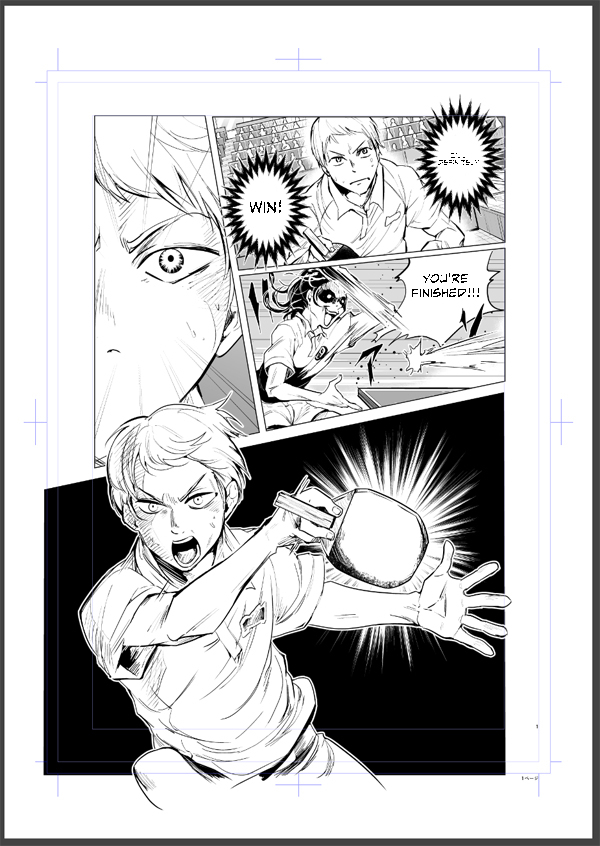 I will now begin applying gradient tones to the characters.

(1) First, I create a layer folder for “Tones”. In order to use the line art again, I change the layer folder’s blending mode to [Multiply]. 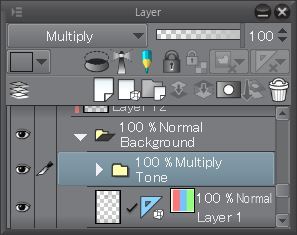 (2) Using the [Auto select] tool, I select the areas I want to apply tone to. 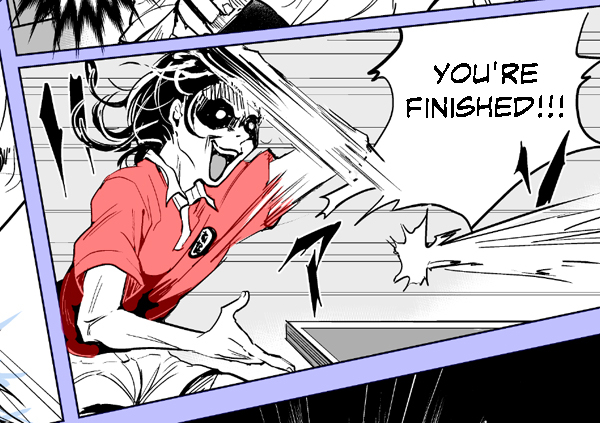 Note: It’s hard to see in the image so I used a [Quick mask] to highlight it. The red area is the selected area.

(4) I move the handles over the image and decide the direction of the gradient.

For the other parts, I will paint in gray on a fill layer over selected areas like I did with the background tone and steps (1) to (4). 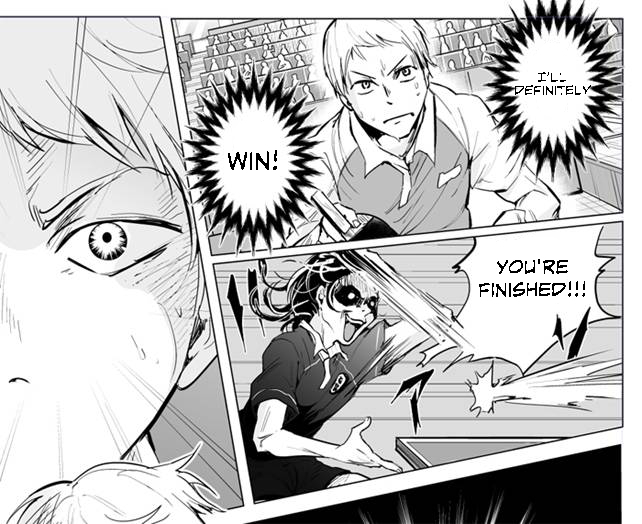 Next time I’ll finish up by adding white edges and erasing some tone.