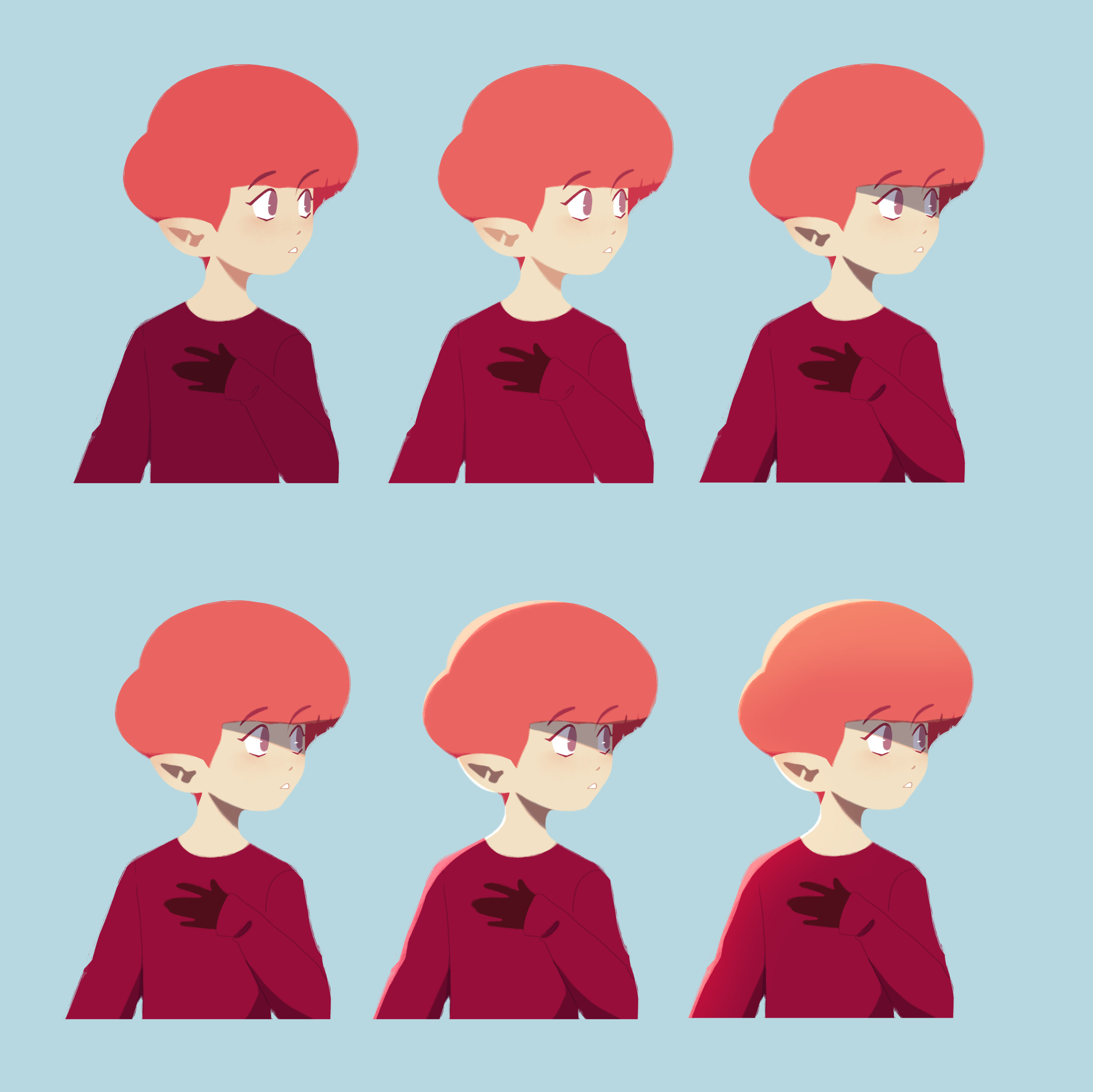 Some important things to note when drawing a character in the sunlight are the direction of the sun and the harshness of the light.

Since sunlight is yellow (a warm color), the most natural looking shadow color would be a cool color like blue or purple. Sometimes when sunlight interacts with skin, a band of color (usually orange, red, or purple) called a chromatic fringe appears at the edge of the shadow.

When using the sun as a light source, remember that it is usually coming from overhead (except at dawn or dusk). The harshness of sunlight can be affected by the weather, since clouds diffuse the light. The more clouds, the softer and less harsh the light is. 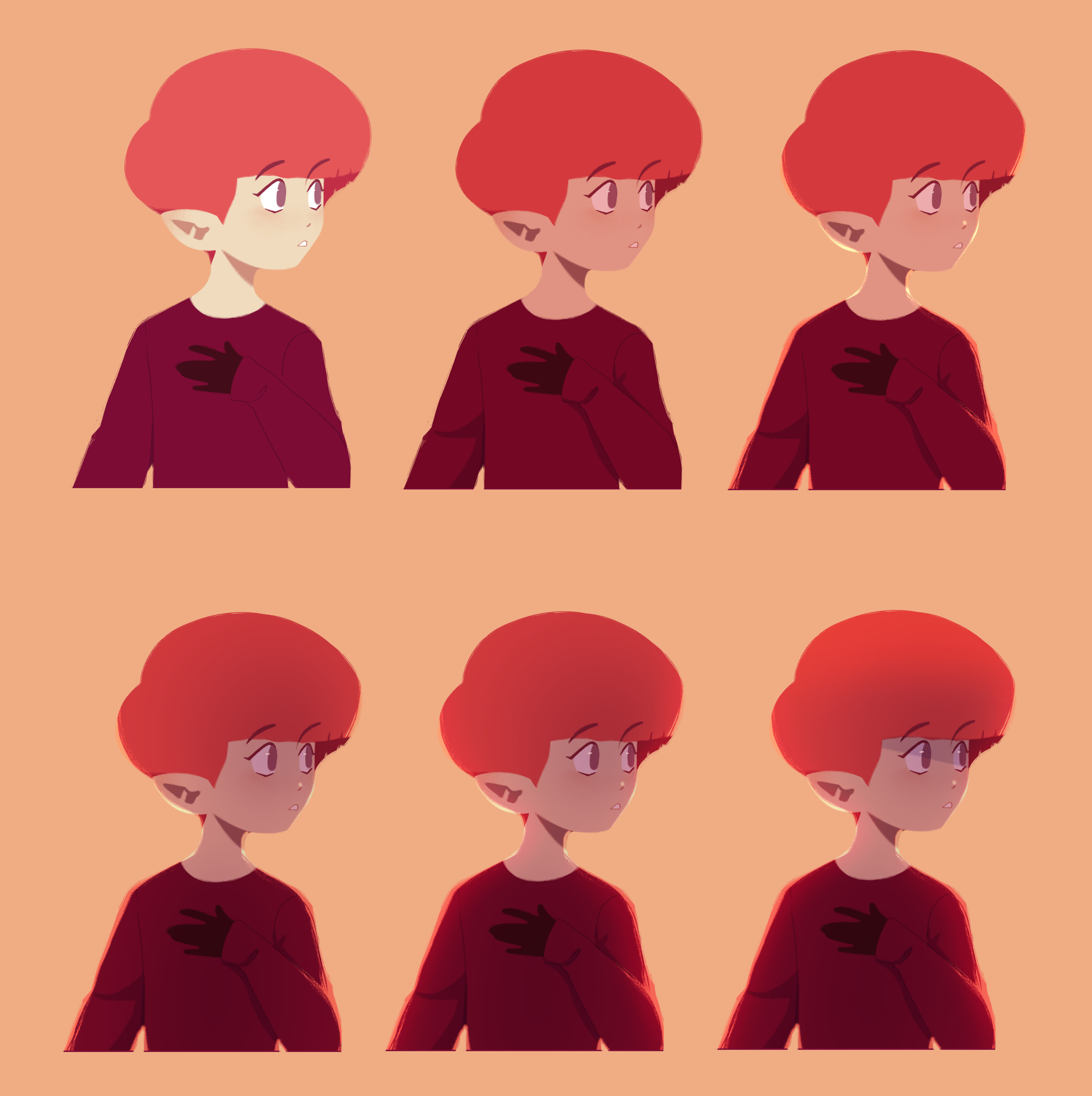 Some important things to note when drawing a character during a sunset are the direction of the sun and the depth of the shadows.

During a sunset, the sun sits at the horizon line of the scene. The light will usually be behind the character and will show through on their sides. If the sun is behind them, the front of their body will also be cast in shadow.

The later it is in the evening, the more diffused the sunlight gets and the deeper the shadows become. The sunlight during a sunset is usually a red color with a cool (blue or purple) shadow. 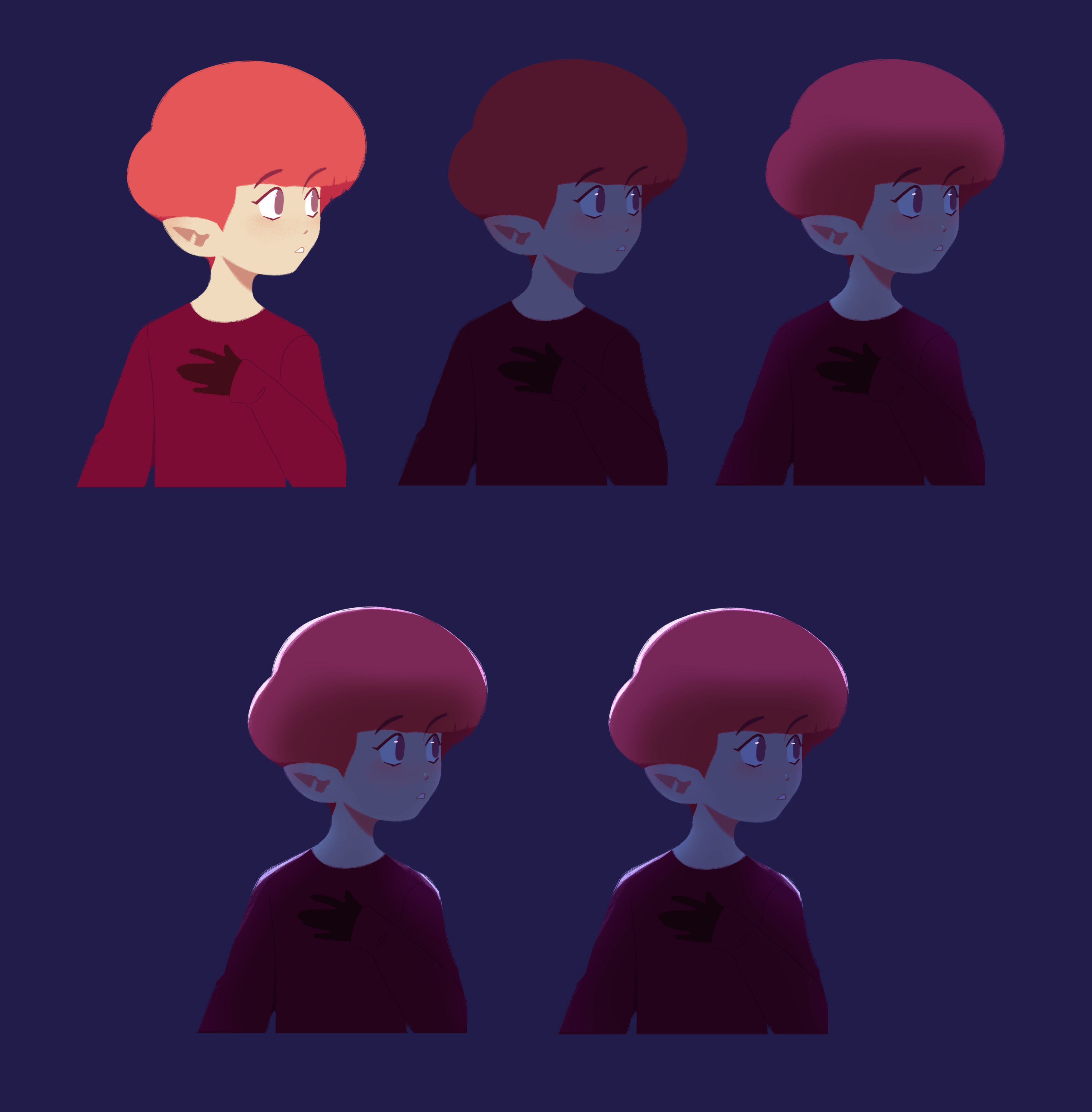 Like sunlight, moonlight is an overhead light source. Because everything gets dark at night, there is less contrast between areas in light and shadow (except for things directly under a bright light, like a street lamp).

Other Tips from vampbyte