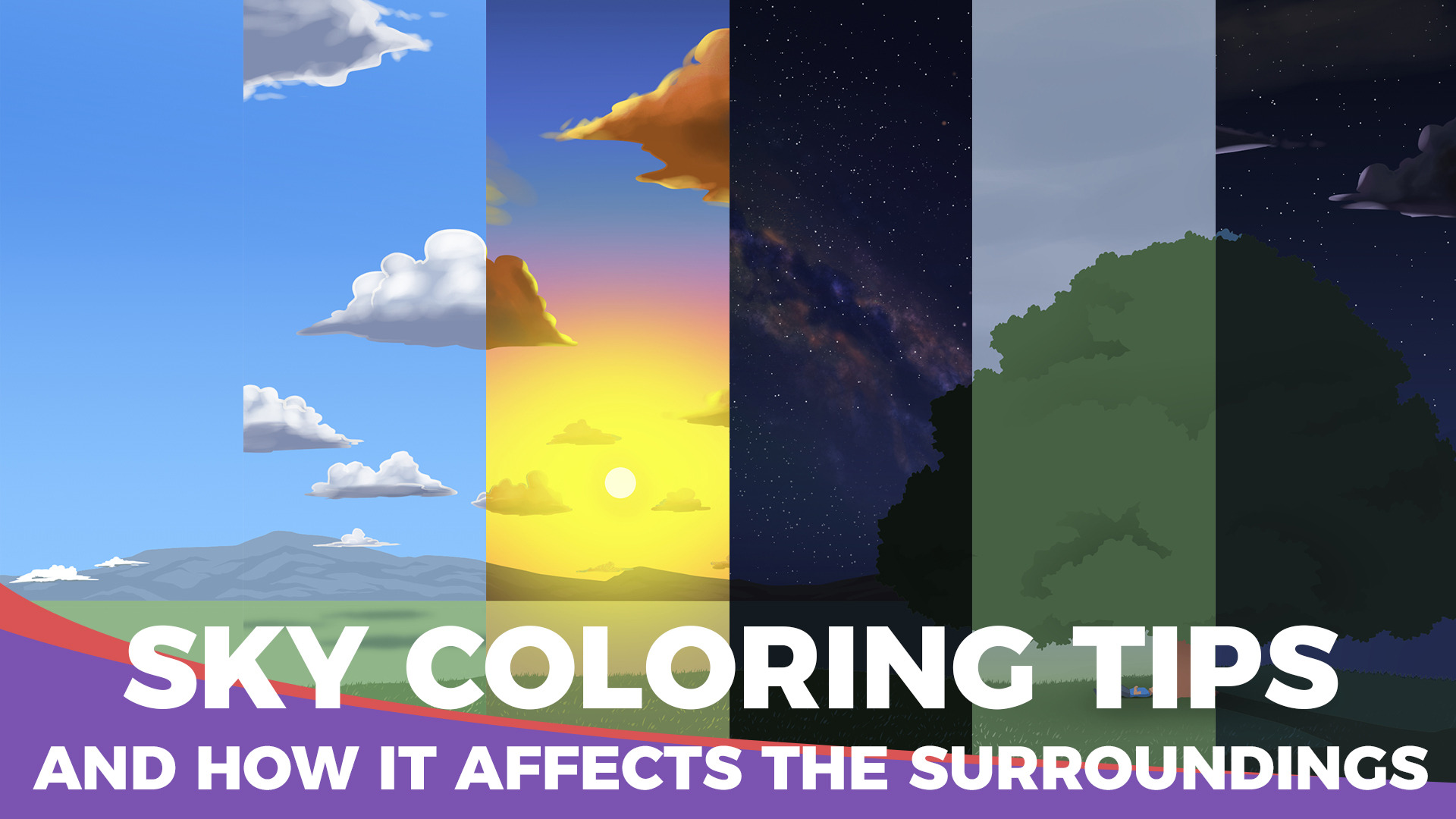 I also provided a video tutorial for people who don't usually read. 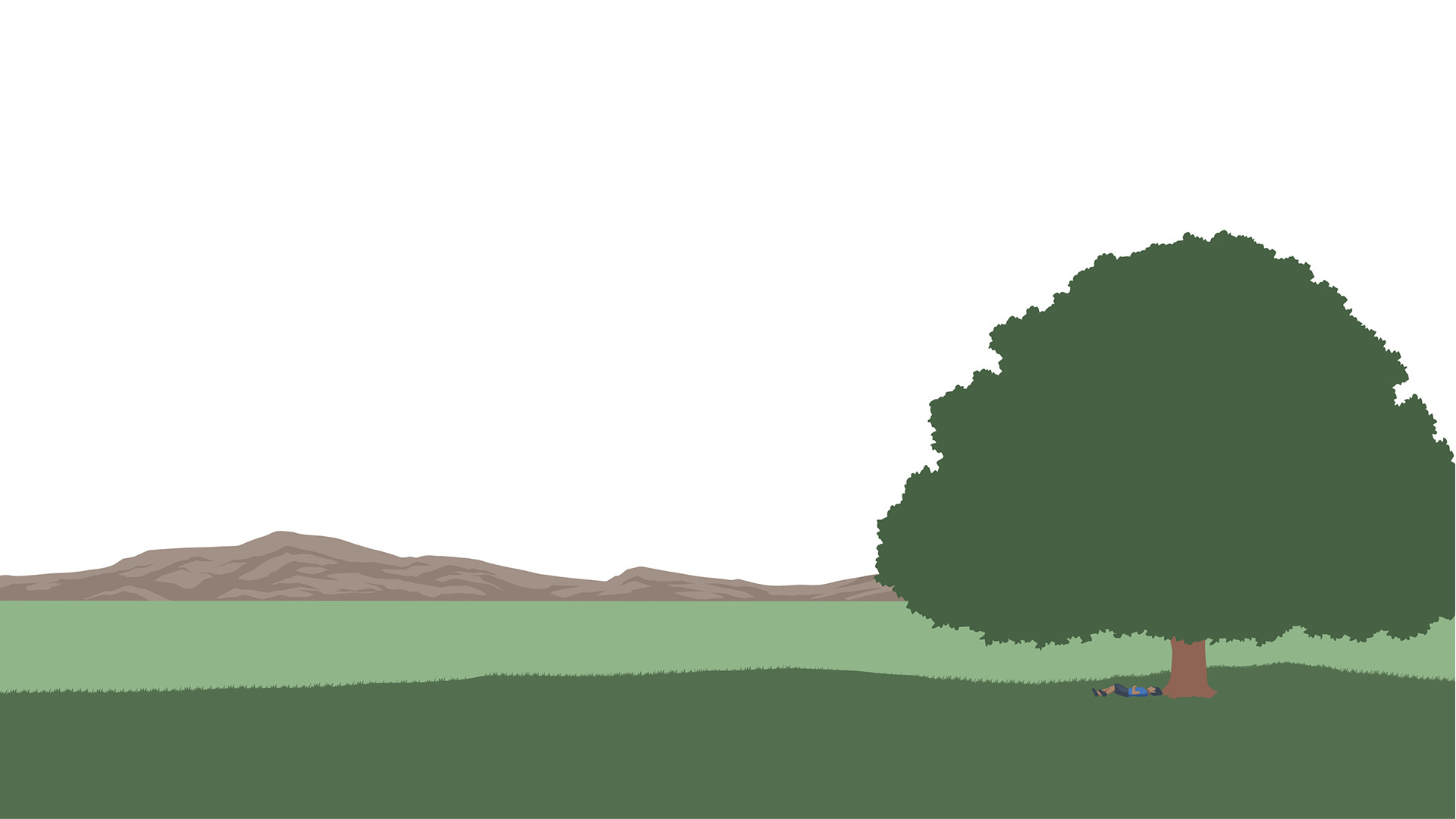 First, add your landscape into mid-tone color. There should be no saturation to it. The lights are the ones who give saturation to the objects and we're gonna add that later. 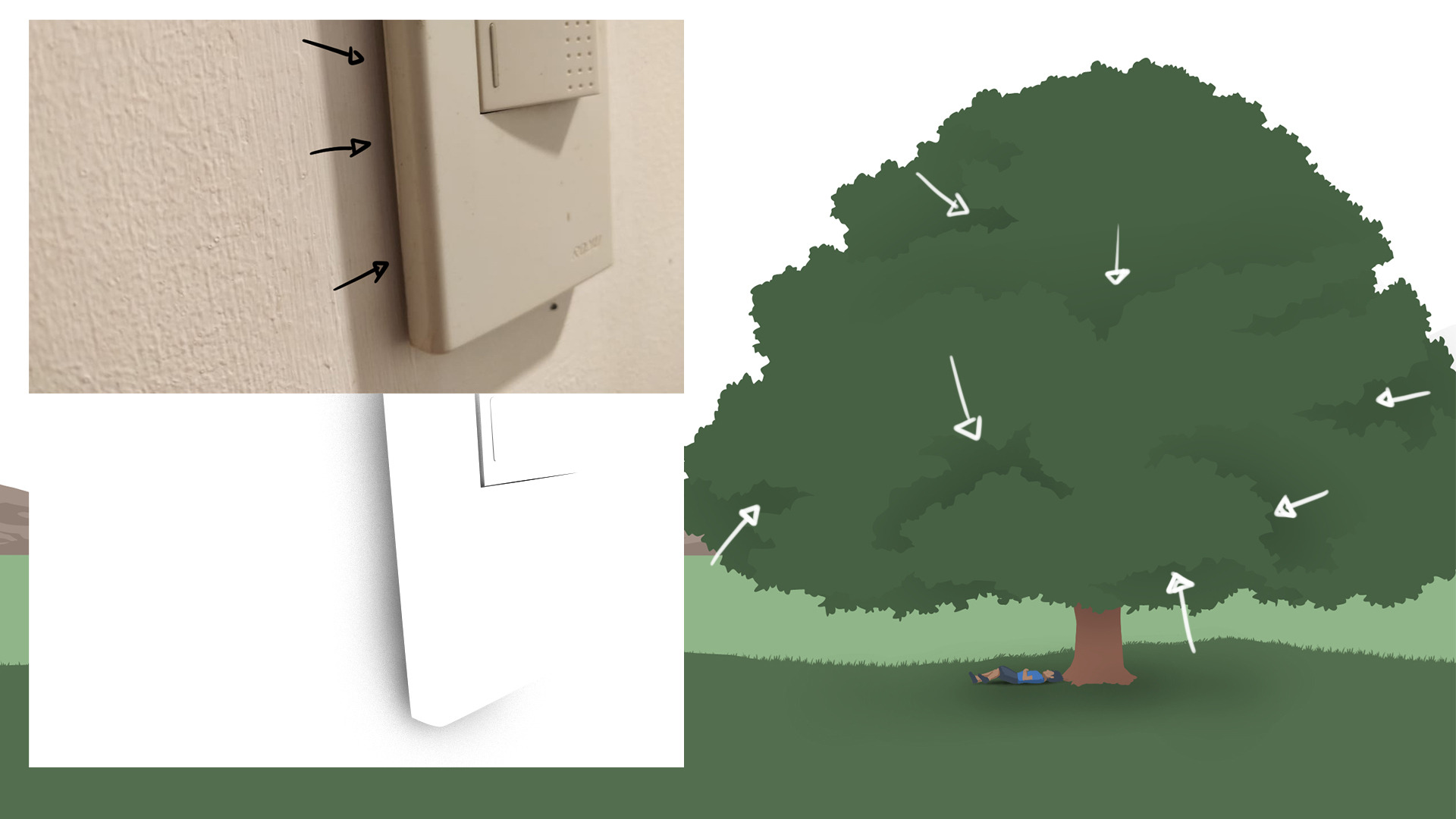 Second, add the ambient occlusion. If you don't know about it, these are the darkest area in the shadow. This helps create separation and volume to any object. You can always find this in the corners just like in the light switch example I provided. 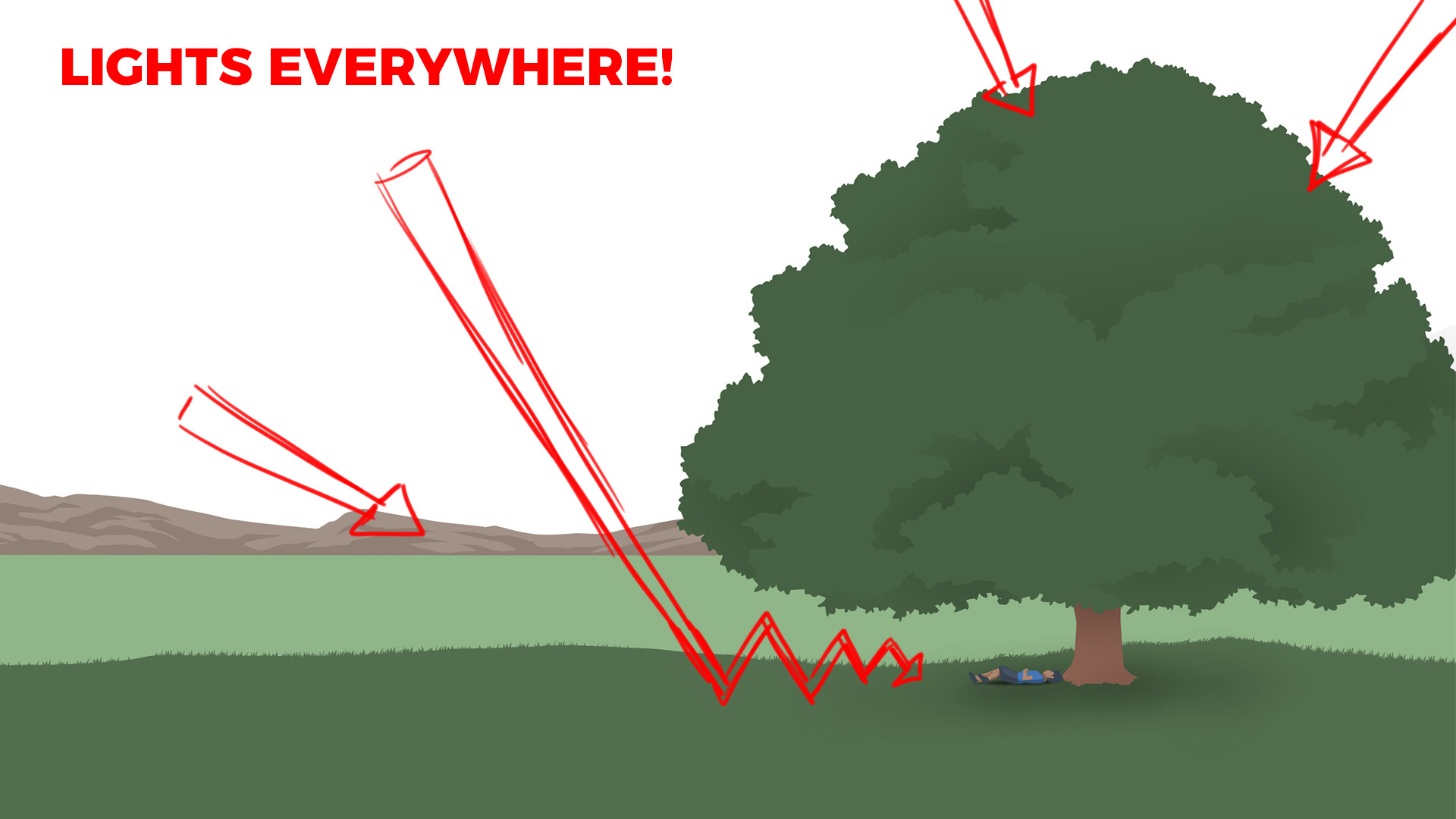 To make a full understanding about it, light exist everywhere!
Light also bounces not just for once, but multiple times until it looses its brightness.
Once the brightness is gone, the Ambient Occlusion will be the one to take over.
Most beginner artist might interpret it as a shadow, but this is not a shadow.
These are just the part where light cannot reach. 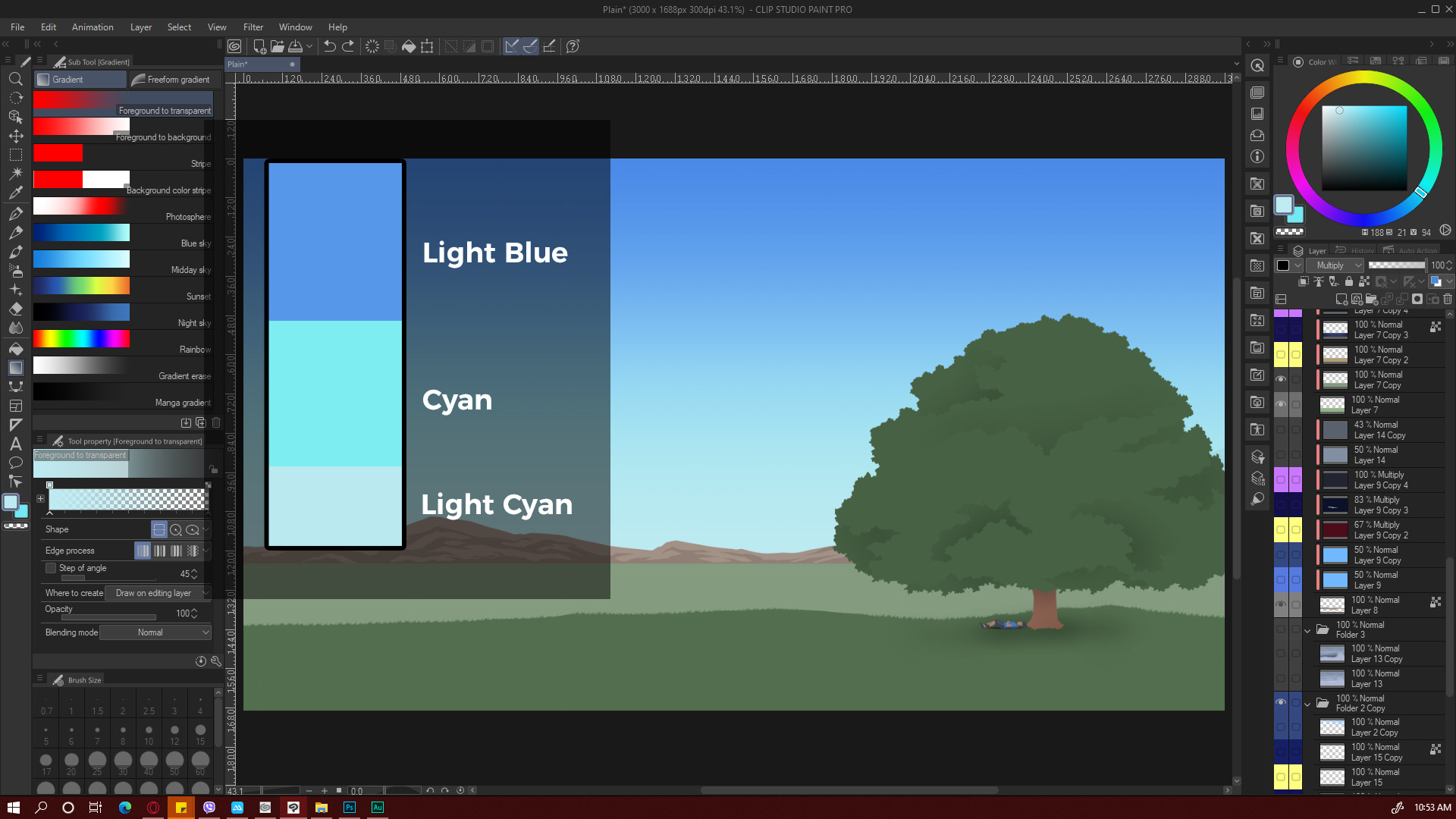 Clip Studio Paint has always a suggestion when you use the Gradient Tool.
But for me, I prefer to use my own observation of the sky. In that way, it will help me learn better by finding my way to the right color.

In first image, I added a shadow as "Blue"
The common knowledge is shadow isn't black, but why I use blue?
It is not always Blue. The real question is, what made it blue?
Wherever the MAIN LIGHT (SUN) can't reach, that's the area where the skylight comes in.
The sky also can cast a light.
It is called AMBIEN LIGHT.
AMBIENT LIGHT is basically a light that not came directly from the main light.
Some called it Reflected Light, Bounce Light or filtered light.
But since the sky is so wide, it was able to hit the shadow area created by the main light and that whats make it blue.

In the second image, I change the BLENDING MODE to MULTIPLY

In the third image, I DECREASED the OPACITY to 60%.

Opposite of the Shadow is Light and what I use here is Semi-Yellow light because SUNLIGHT has a subtle yellow in it. Don't overuse yellow the on it and avoid everything to be yellowish in color.

Then change the BLENDING MODE to GLOW DODGE

Control the Color by decreasing the OPACITY to 25%

Light also affects the distance object because air isn't totally clear.
There's also dust in it that absorbs light at reflects light.
These tiny particles can affect the vision.
But sometimes, making distanced background less intense in color could also help create depth to your painting. Don't overthink too much about it. 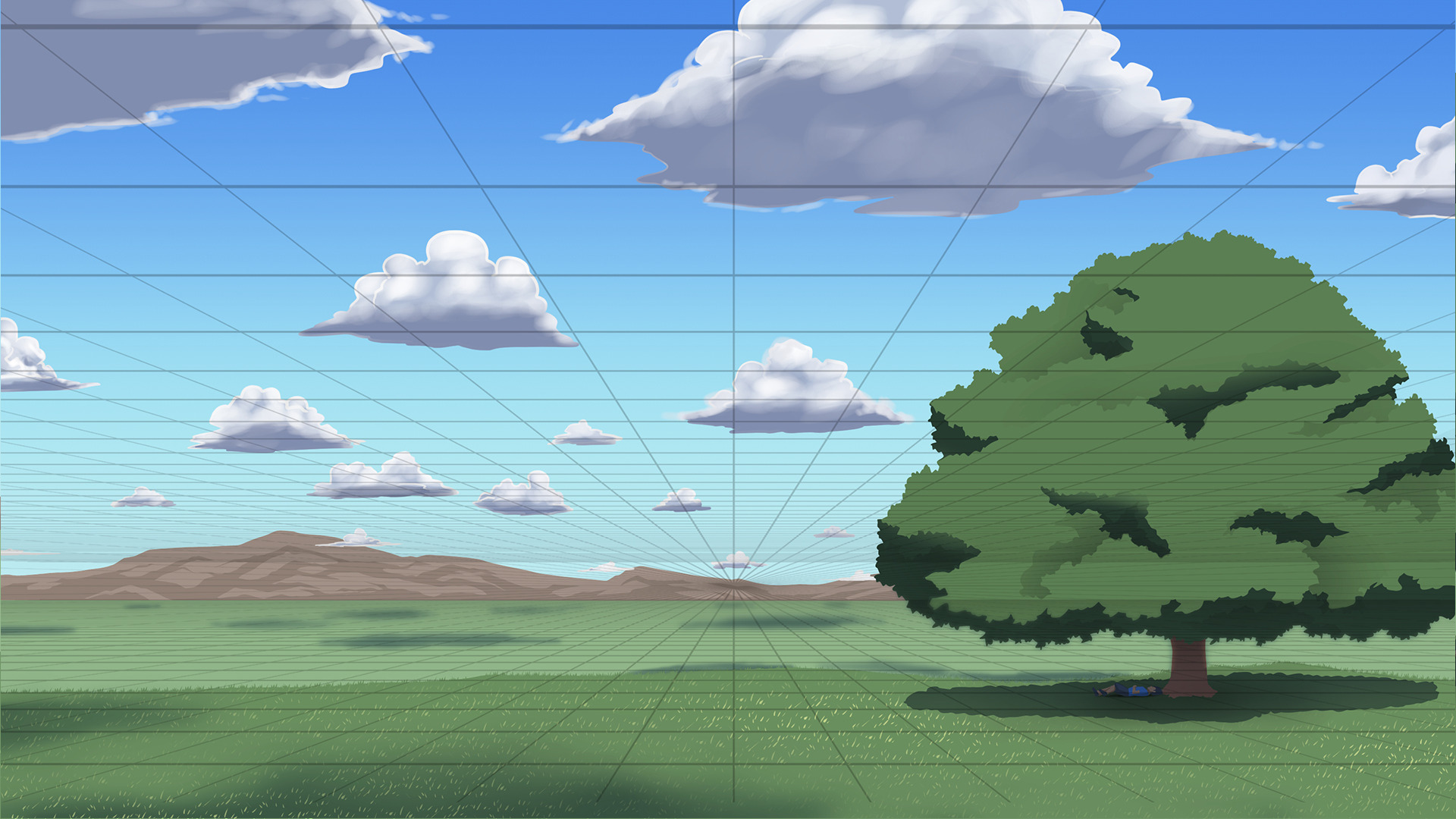 When adding a clouds in a wide landscape like this, make sure to apply perspective to it.
It will help you give more 3 dimensional to the image and feels more better! 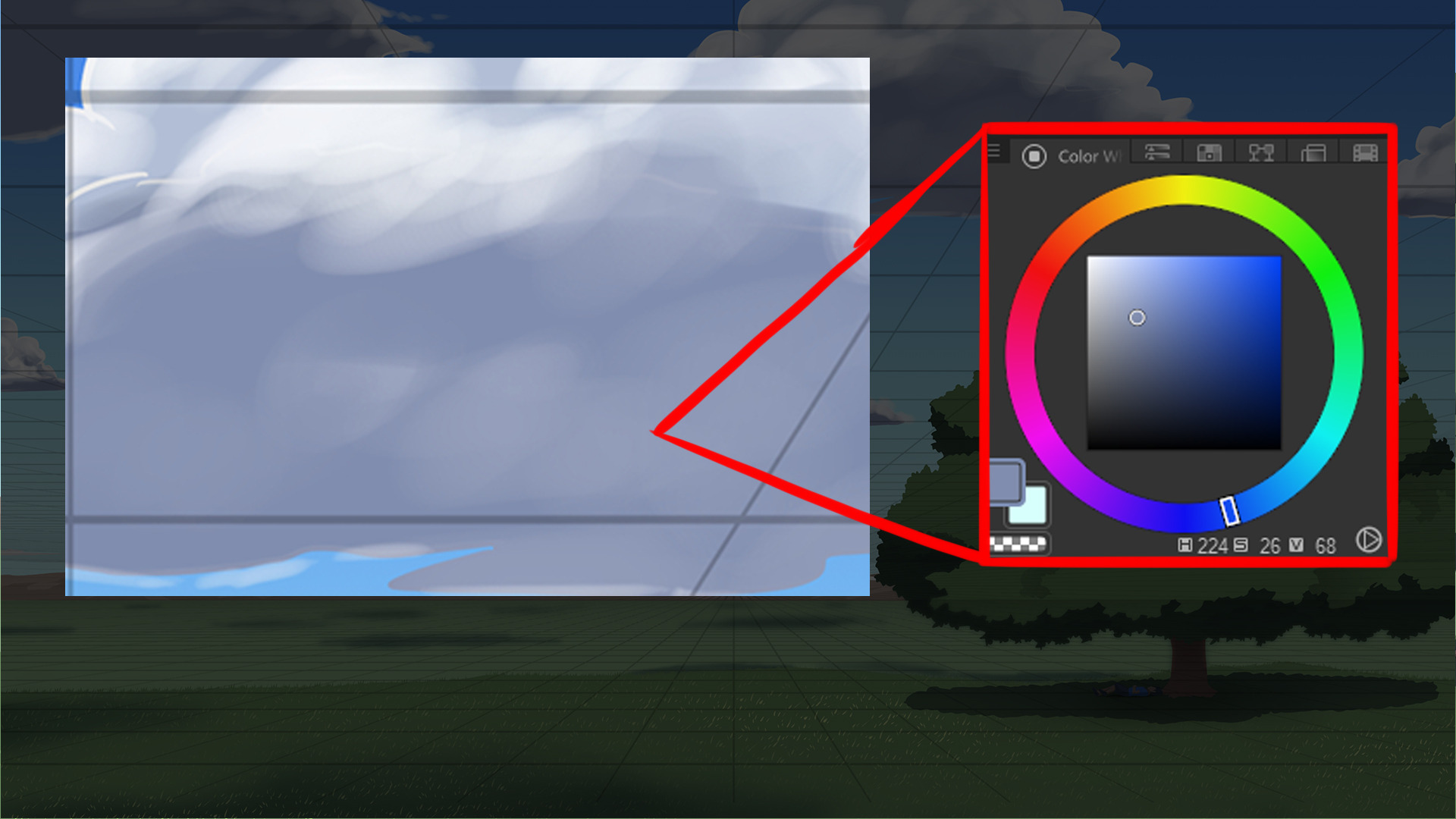 But in the shadow area of the clouds, mix at least some colors to it. I suggest add some little blue to purple, it will be look good. 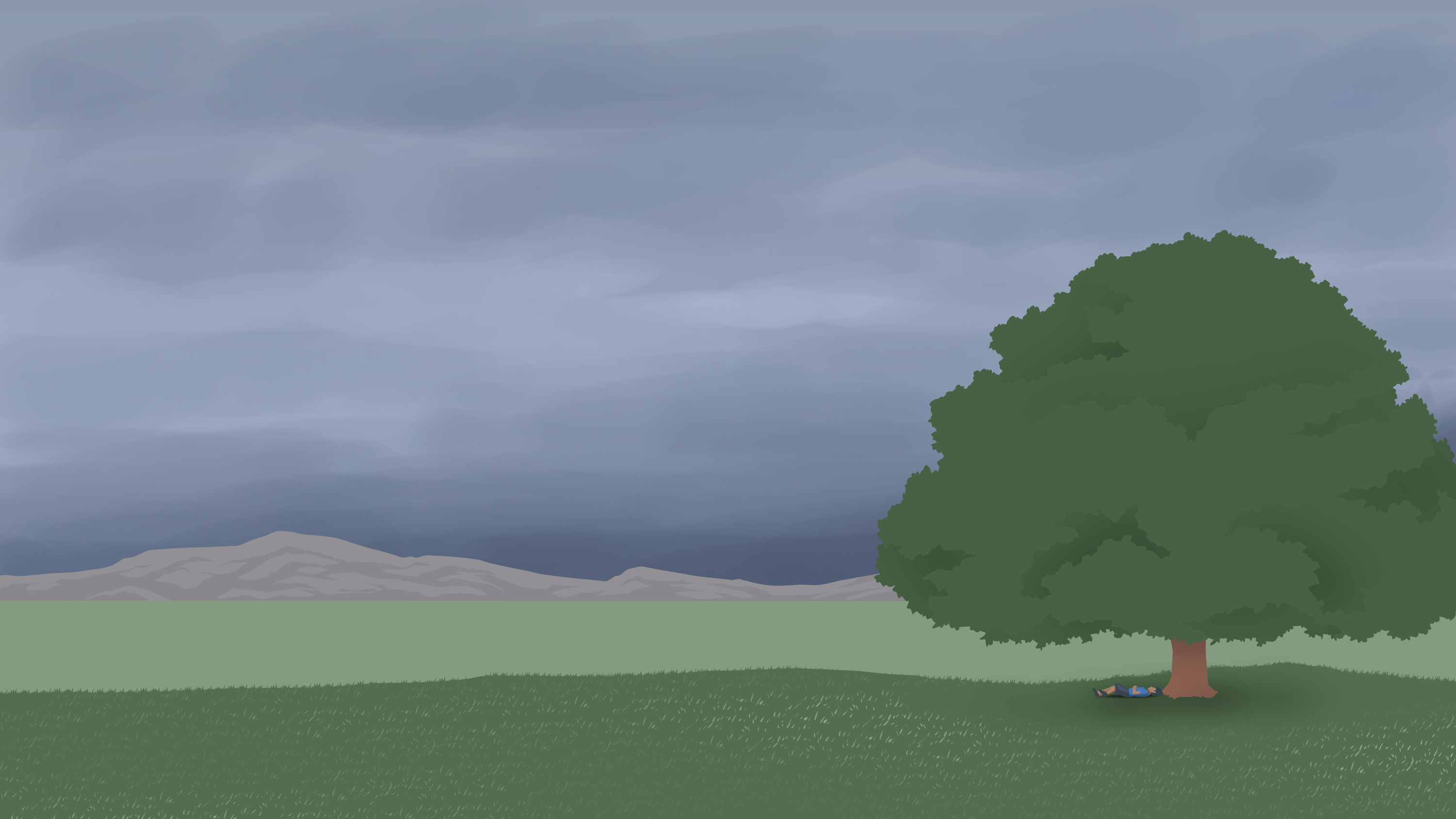 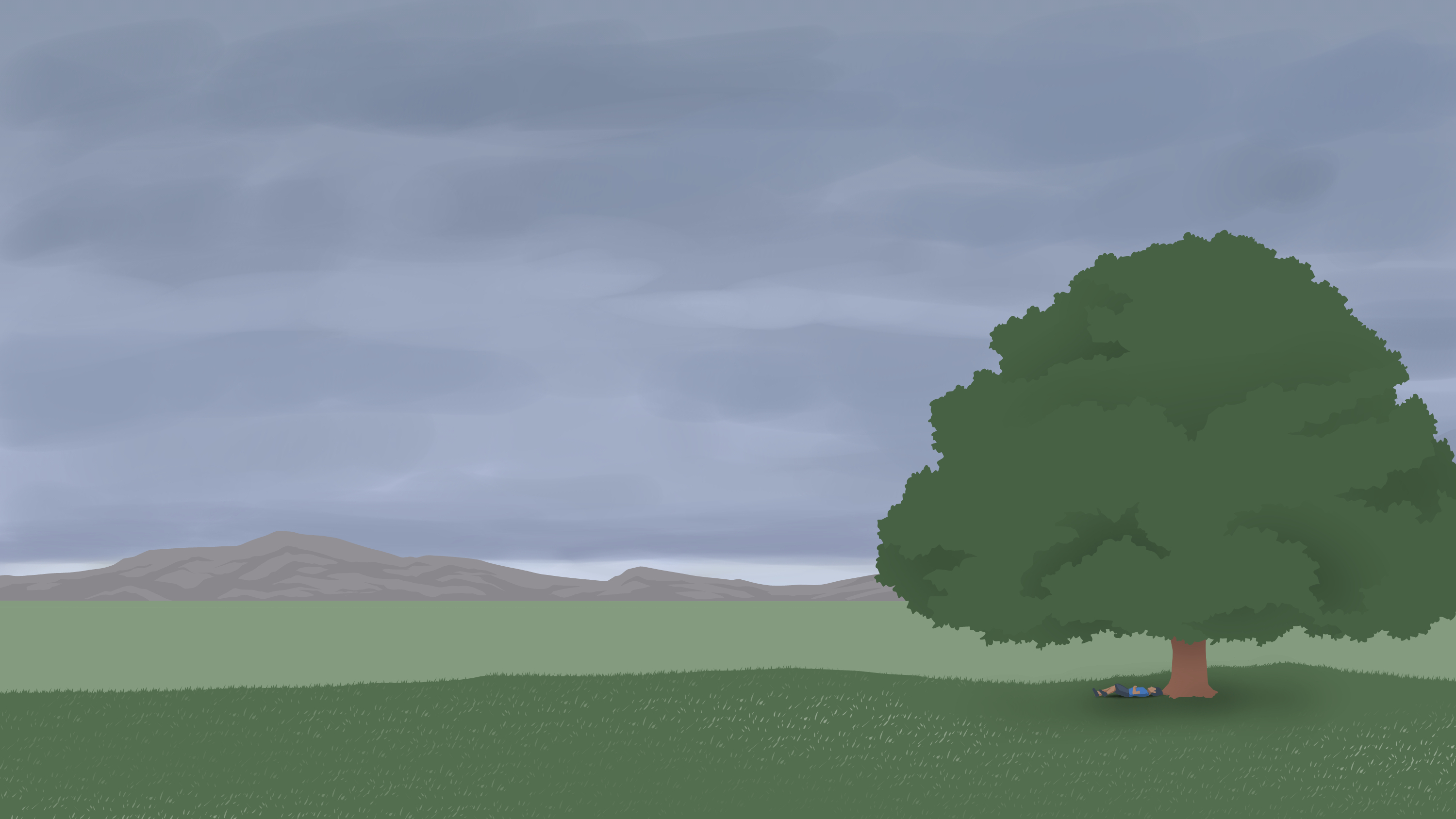 This will be the simpliest one.
You don't have to add any shadows and just leave the Ambient Occlusion since there's no direct light above.
Everything is on midtone because the light are just ambient light
But there are two types of it. There'll be light from the distanced horizon if there'll be no huge storm ahead but it would be darker if the clouds cover the large portion of the sky. 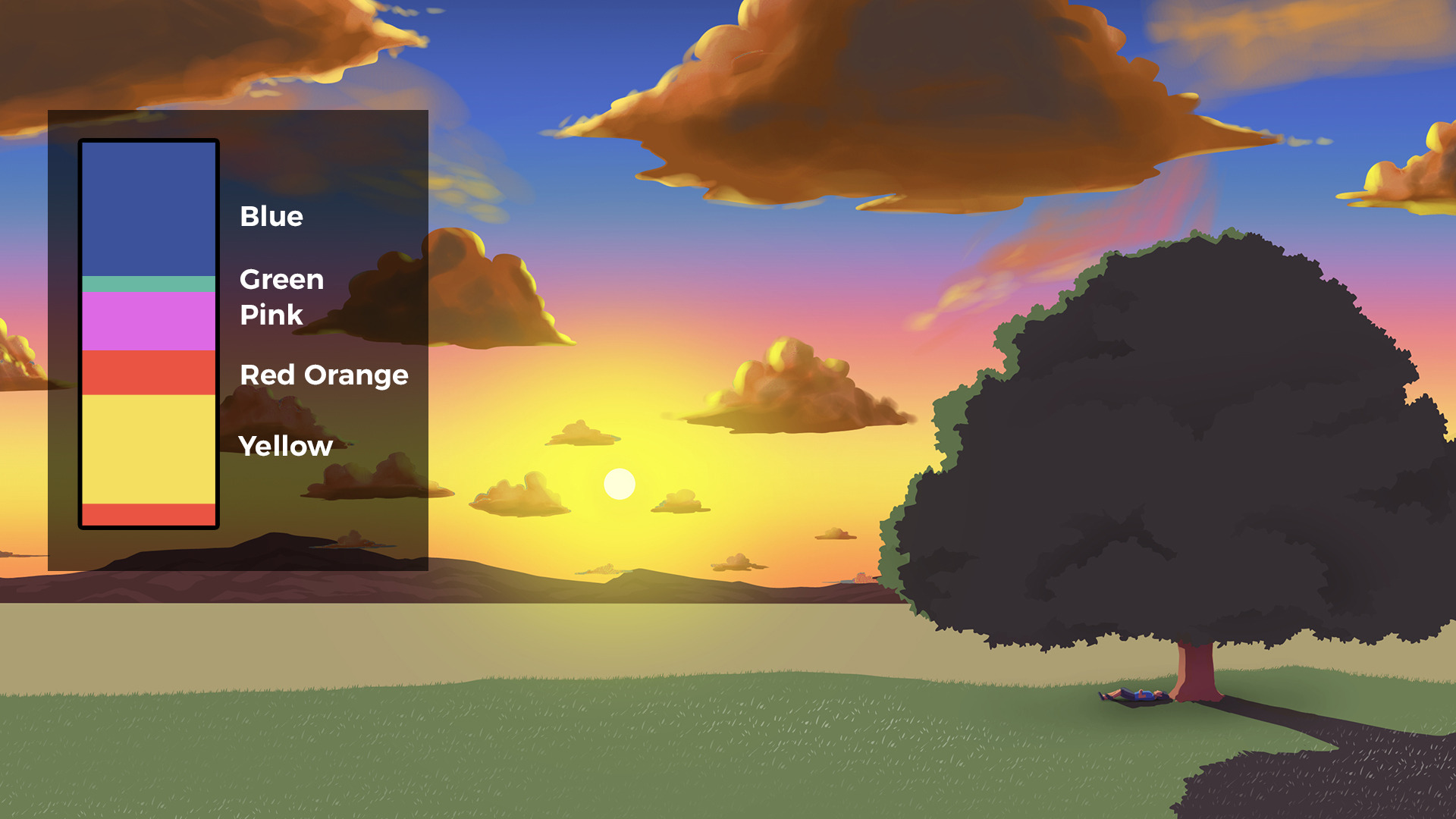 During the Sunset, These will be your color choices.
Yellow from the sun
Red as the light gets weaker
Slight Pink with from little mix of blue and give beauty of it
Green Transition before it gets blue.
Blue to Midnight Blue as the sky gets darker. 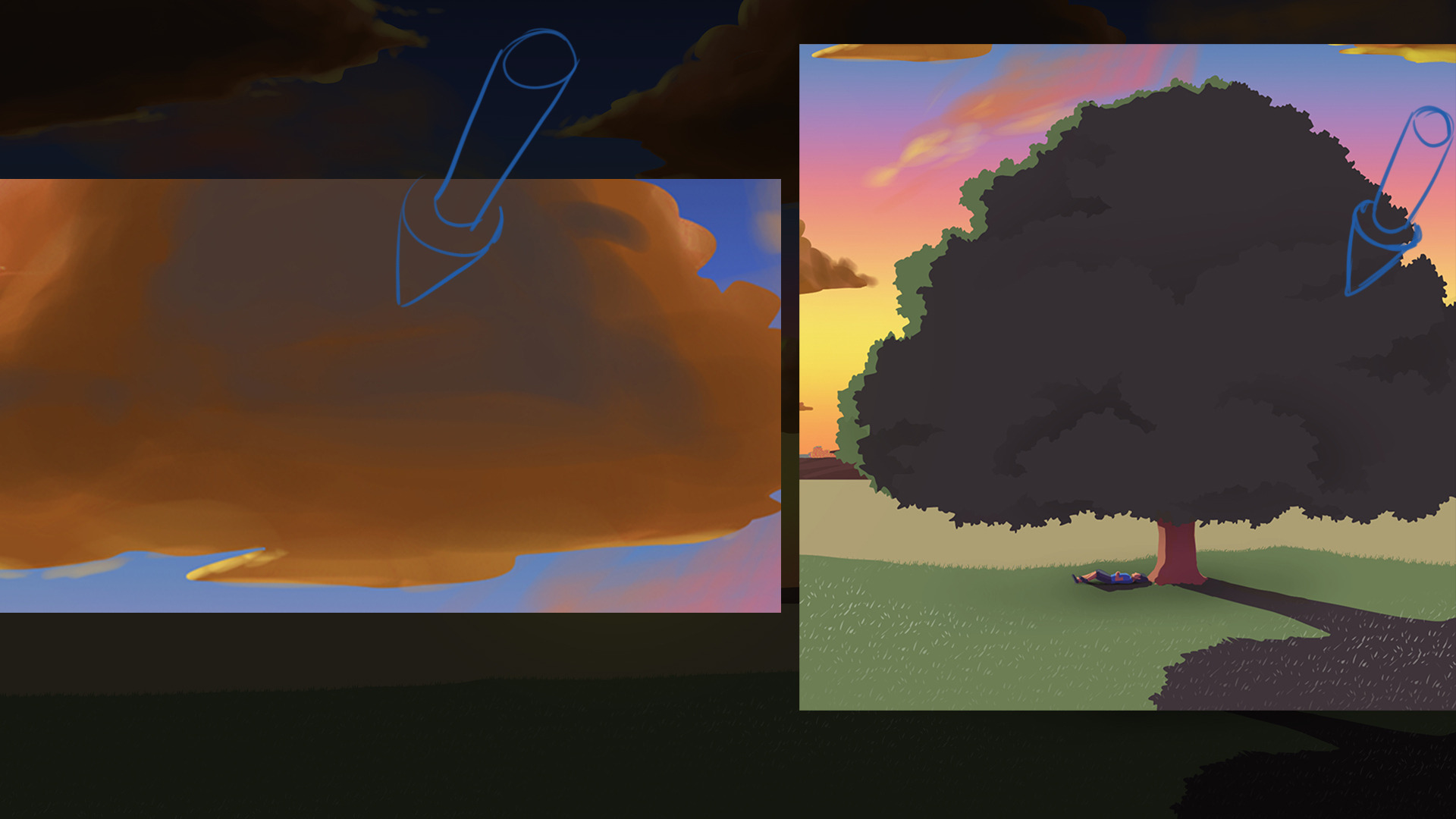 Shadow is in purple. Since the Blue skylight isn't strong enough, the red ambient light dominates but still sky has a little contribution which made the shadow turned into purple. 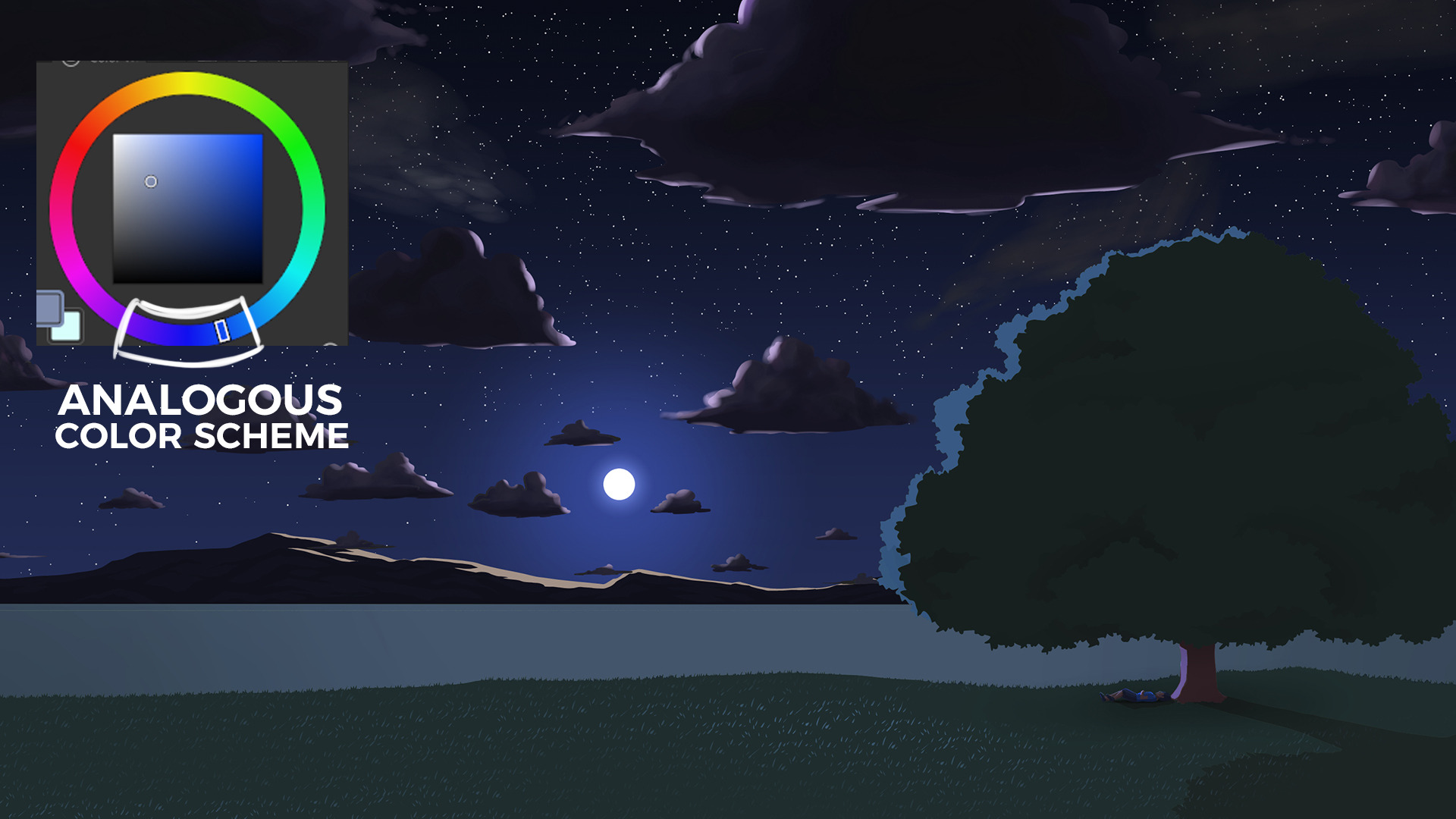 During the Moonlight Sky, since there'll be no enough light, the colors is mostly close from to each other on the color wheel.
But of course, try to add highlights to the tree or whatever subject you decided to put it just to make it visible to the eye. 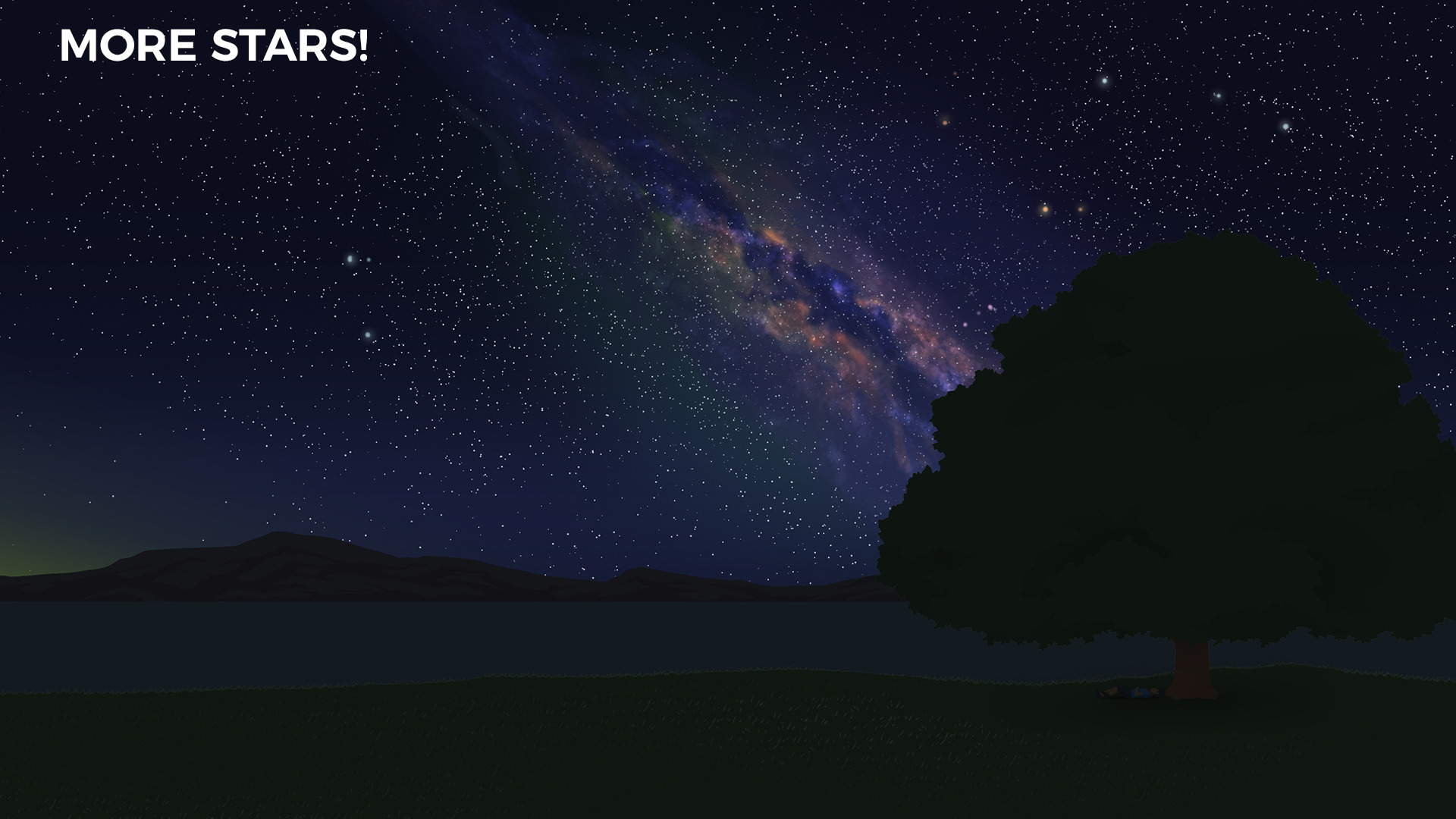 In this case, you'll be using the same color choice from the moonlight but you'll be adding more stars to it.
You lose visibility of the stars if there are lights blocking around.
Milky Way Galaxy is only visible if there's no moon.

In doing realistic colors from sky to landscape, you must witness it with your own eyes to achieve the real quality of it.
That's the beauty of art. What camera can't capture can be capture by our creativity.
Studying Science could also help you understand on what would be the right color to choose.

That's all for the tutorial and hope you learned a lot from it!