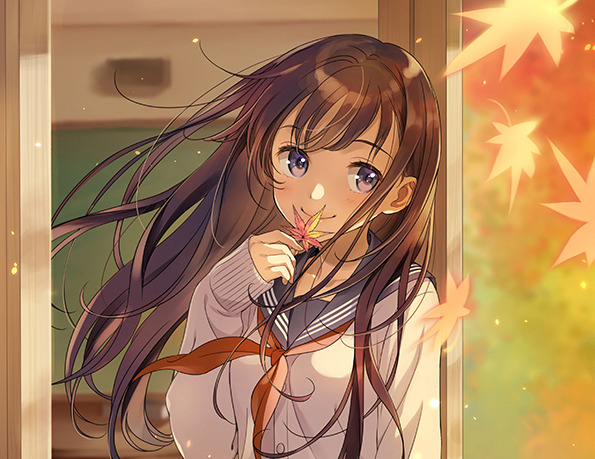 I open CLIP STUDIO PAINT, go to the [File] menu at the top of the screen, and click [New]. 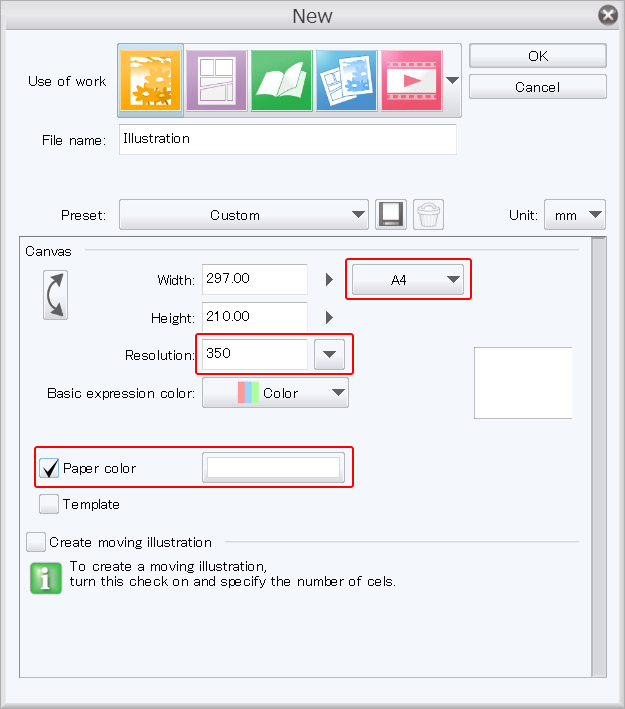 I used this brush, which I downloaded from CLIP STUDIO ASSETS. 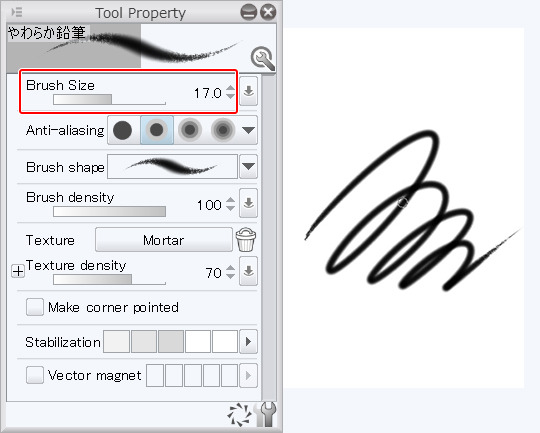 I set the [Brush size] to about 17 px and roughly drew my sketches.

I use different brushes to sketch out drawings based on what I feel is easiest to draw with at that time.

For this example, I drew three sketches with the theme of a girl in a school uniform surrounded by autumn leaves.

I thought that the distinct seasonality of the leaves would match with the subdued colors of the school uniform.

I drew three sketches with the same female character with long black hair, but the overall feeling of each sketch is quite different.

A: In this sketch, the autumn leaves are fluttering down and her hair is blowing to create a sense of movement

B: In this sketch, the girl is relaxing by the window with her hair falling over her shoulders to create a soft and sweet feeling

C: In this sketch, the shadows and the light from the window create a more mature feeling

(From left: Sketch A, Sketch B, and Sketch C)

When drawing girls, I try to put a few different elements that I think are cute, so that people who look at the picture will enjoy it and feel happy.

I create a layer folder for each sketch and add extra layers for each in these.

You can create layers and layer folders from the [Layer] palette, using the icons at the top. You can also create them by going to the [Layer] menu. 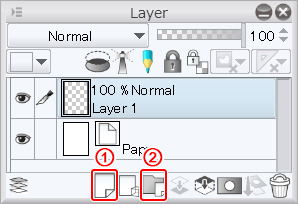 You can change the order of the layers by dragging and dropping them in this palette. You can also drag and drop layers into the layer folders.

Note: For details on layer types, refer to the following article.

I create new layers underneath each of the sketch layers and roughly map out the colors.

By adding simple colors at this stage, I can get a better idea of the overall feeling of the picture. It also makes the later coloring stage easier.

To make it easier to change the colors later, I color the character and the background on different layers.

Now I compare my three sketches. I think that Rough A best captures the relaxed feeling of fall, so I choose this one.

I delete the layer folders for Roughs B and C, and save it under a different name as a clip file with only the data for Rough A. 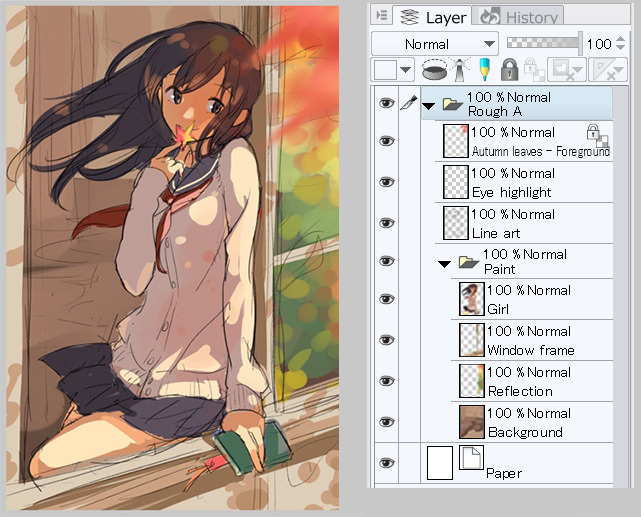 Once I’ve chosen my idea, I make some adjustments to the sketch for the draft lines.

First, I select the folder with the colors and the layer with the lines, and reduce the opacity to about 16%. 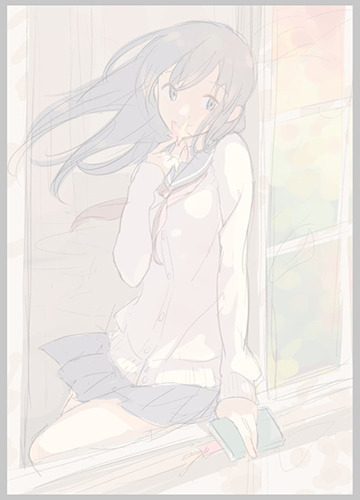 I create a new layer above the lines layer and draw with a pencil tool using my sketch as a guide.

When drawing the draft lines, I pay attention to the curved lines of the girl’s face and body. As much as possible, I try to trace over the parts of the sketch that I think are already good. By adjusting the hands, mouth, and eyes just a little, her expression changes a lot. I use the sketch only to decide the position of the body.

I wasn’t sure whether to choose a sailor uniform or a blazer uniform, but I thought that the tails of the scarf in the center of the illustration would draw the eye. In addition, I wanted a slightly old-fashioned atmosphere, so I chose the sailor uniform.

In this example, I separated them into “girl”, “window frame”, and “classroom”. 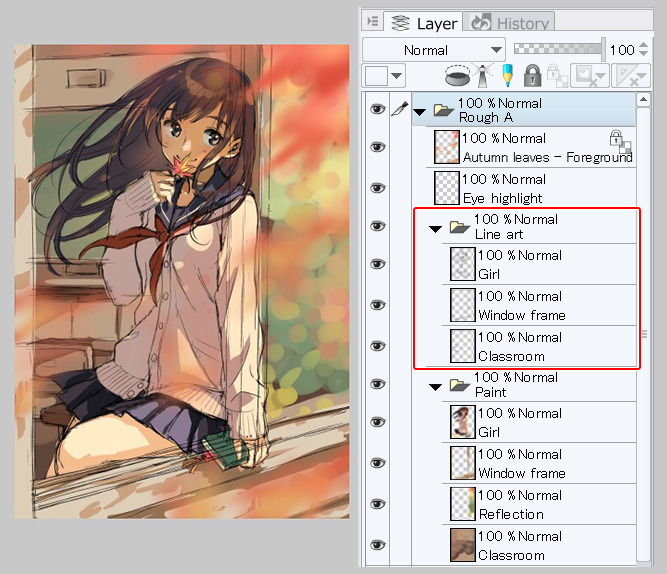 I also adjust the colors to match the new lines.

Now my draft is finished.

I design book covers and illustrations for children’s books and light novels, as well as character design for social-network games.

I like drawing girls in school uniform and Shiba Inu dogs.