(1) I created a new layer on top of the “storyboard” layer and sketched with the [Pencil] tool > [Mechanical pencil] sub tool.

(2) Once the sketch was done, the I hid the “storyboard” layer for now.

To make inking easier, I changed the [Layer color] of the “sketch” layer to light blue and lowered the opacity. 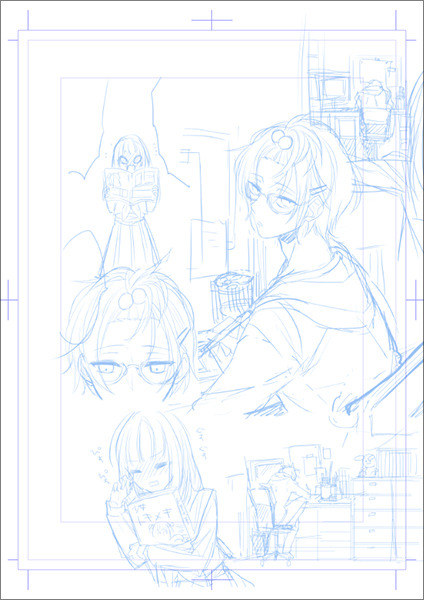 (1) While selecting the “borders” frame folder, I created a new vector layer.

This makes a layer inside of the frame border folder.

I created vector layers for the first, third and fourth frames and inked using the [Pen] tool > [G-pen] sub tool. 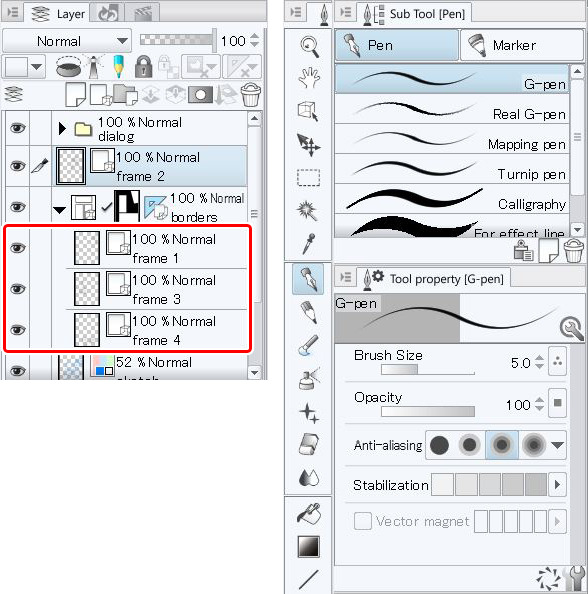 (2) I inked background items such as the desk using the [Straight line] sub tool.

Note: You can also use drawing tools such as the [G-pen] by holding the [Shift] key when drawing. 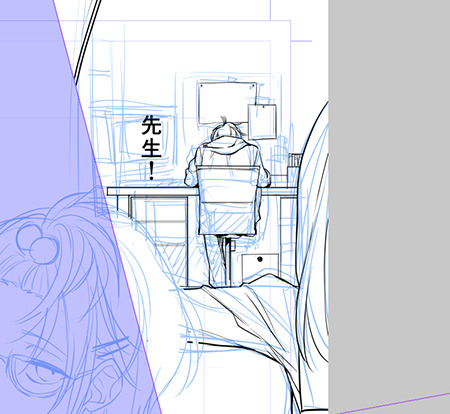 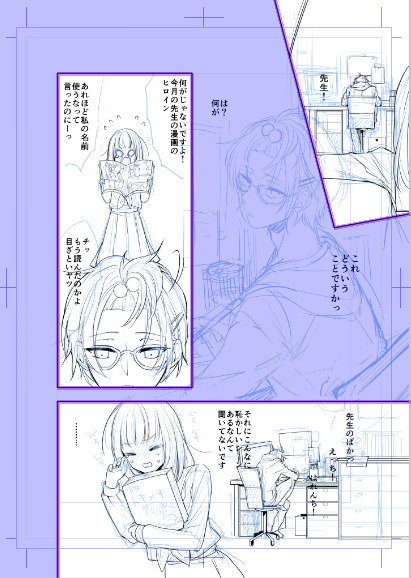 I hid the “borders” frame frame folder when drawing so that I wouldn’t be distracted by the other frames.

Note: Click on the eye icon beside a layer to hide it. Click the space again to make the layer visible. 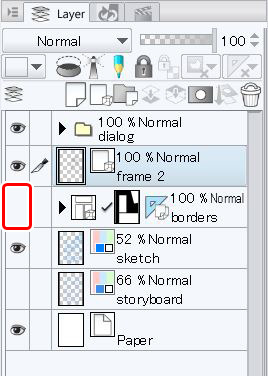 (5) I inked the other frames as well. 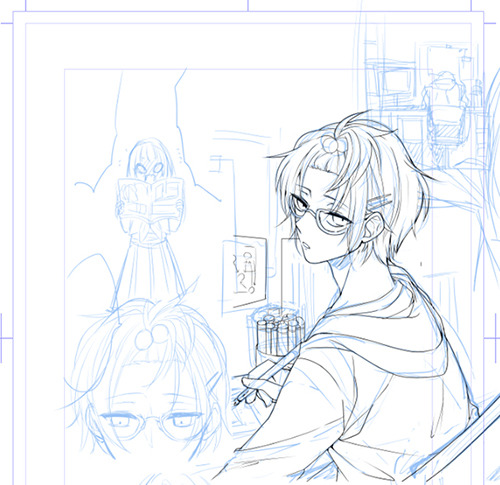 (6) Once I finished inking, I started cleaning up by erasing the intersecting lines.

This is easy on a vector layer.

I selected [Vector eraser] from the [Eraser] tool’s property palette, and set it to [Erase up to intersection].

Using this [Eraser] tool, I can easily erase and clean up complex intersections. 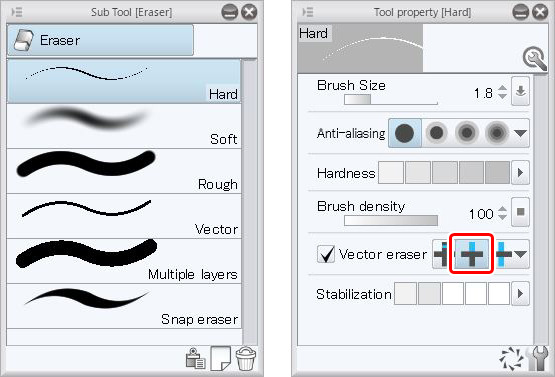 All of the frames are finished. 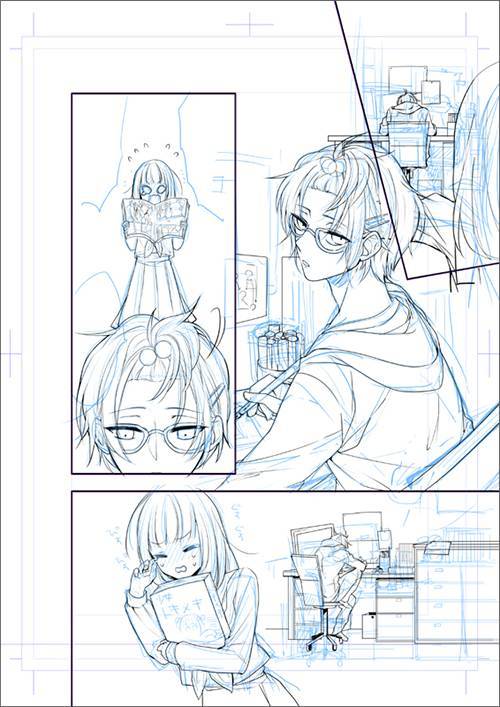 In the next lesson, I will make the speech balloons.