(1) I created a new vector layer above the “borders” folder and named it “balloons”. 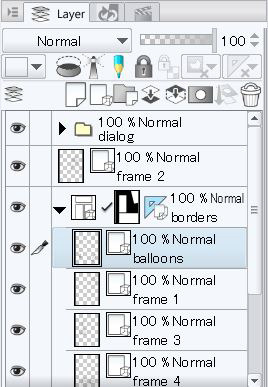 While the [Figure] tool and [Balloon] tool are useful, I often draw speech balloons by hand to match the manga’s style.

In the [Tool Property] palette, I set [Stabilization] to high, and selected [Vector magnet].

If [Stabilization] or [Vector] is not in the [Tool option] palette, they can be selected from the [Sub Tool Detail] palette (click the tool mark in the lower right of the [Tool Property] palette to display). 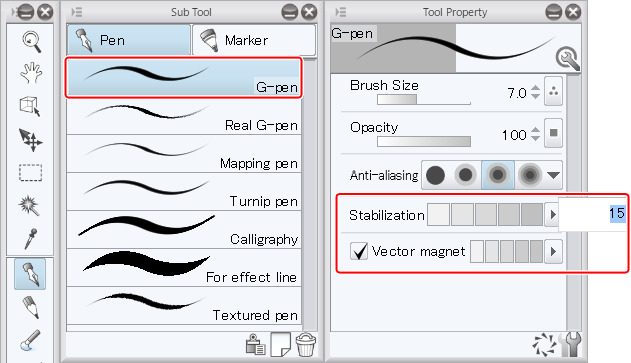 I used this to cleanly connect strokes into one line.

As with inking, the second frame’s balloons are on a separate layer.

At this point, I created a new layer folder called “frame 2” to better manage the second frame. The inked layer and balloons were moved here.

The balloons were drawn as below. 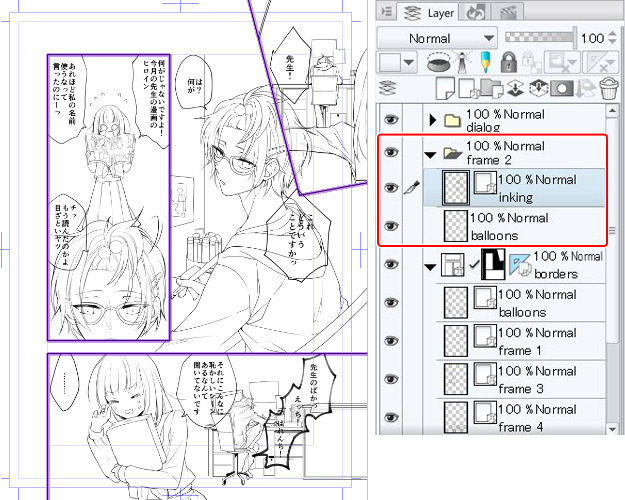 The shouting balloon in the fourth frame was drawn with the [Brush] tool > [India ink] > [Bit husky] sub tool.

(4) I filled all the balloons with white because they overlapped with the pictures. 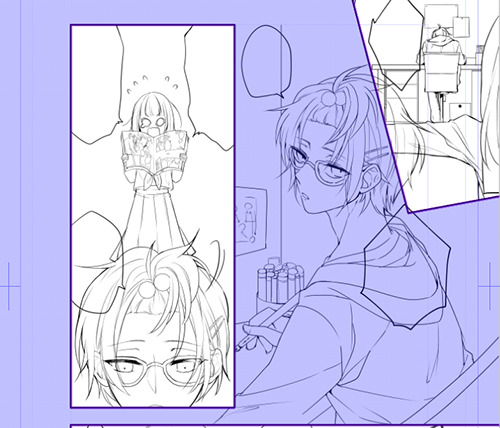 Since vector layers cannot be filled, I right-clicked the “balloon” layer and selected [Rasterize] from the pop-up menu. 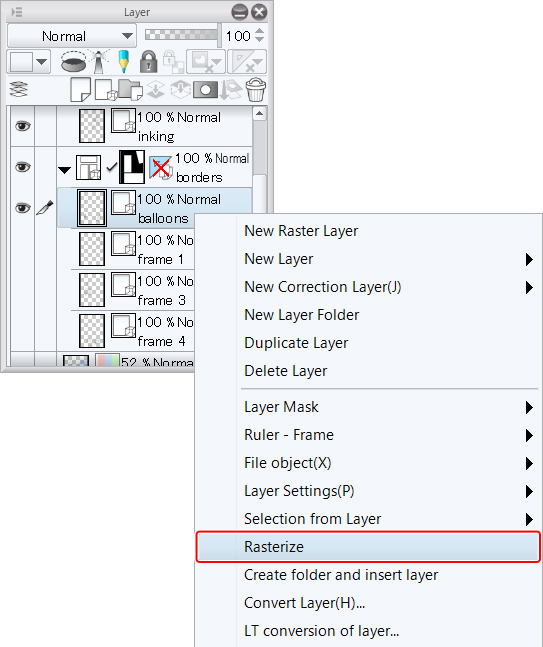 I then selected the [Fill] tool > [Refer other layers]. 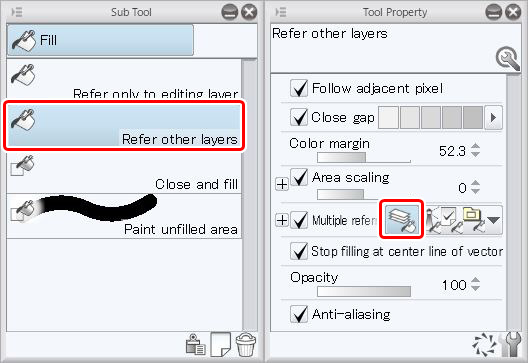 In the Layer palette, I hid everything except the “balloons” layer, which will be filled. 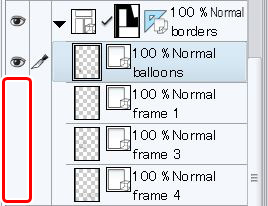 With only the balloon and frame border displayed, I clicked and filled the balloons. 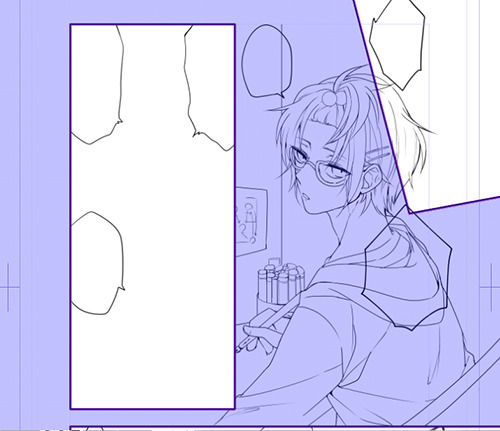 If I display the line art, you can see that the balloons have been filled in. 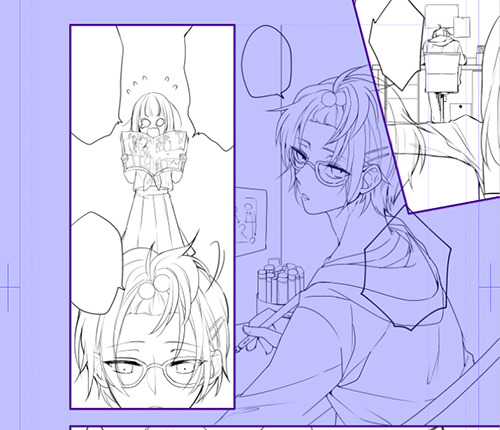 I added horizontal effect lines to the first frame.

(1) I created a new vector layer in the “border” folder below the “balloon” layer. I called this layer “effects”. 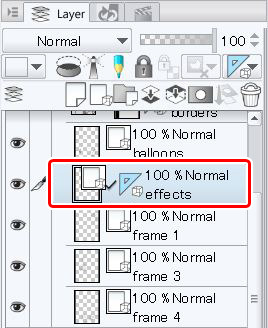 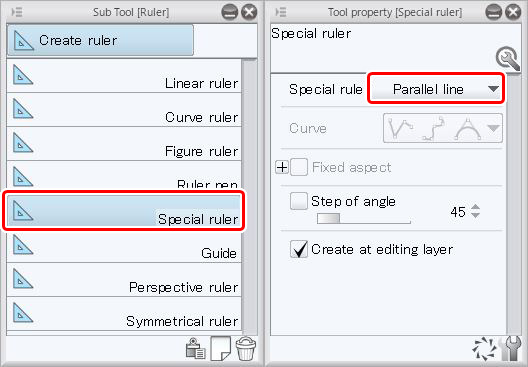 (3) To draw completely horizontal lines, I held shift when making the ruler. 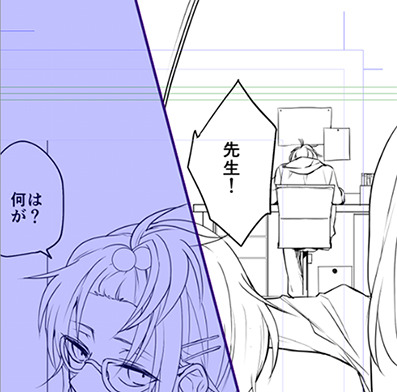 (4) I drew the effect lines while snapping to the parallel line ruler.

When snap is on, you can only draw parallel lines. I use this to add lines freehand.

The [Eraser] tool’s [Vector eraser] function (introduced in lesson 2) is an easy tool to correct the effect lines.

Note: If lines are not snapped to the ruler, enable snapping by opening the [View] menu and turning on [Snap to Special Ruler]. 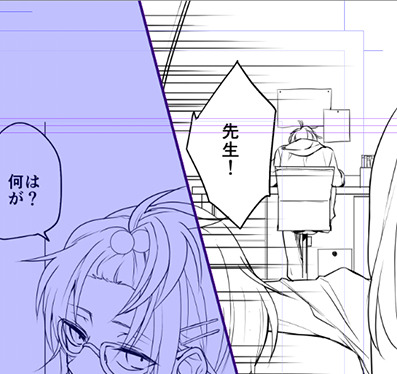 To make editing easier, I rasterized the frame borders (converted them to raster layers).

(1) Right-clicking the frame border folder in the [Layers] palette, I selected [Rasterize] from the displayed menu.

When you rasterize a frame border is rasterized, this creates a raster layer with the frame borders and a layer folder masking the area outside the frames. 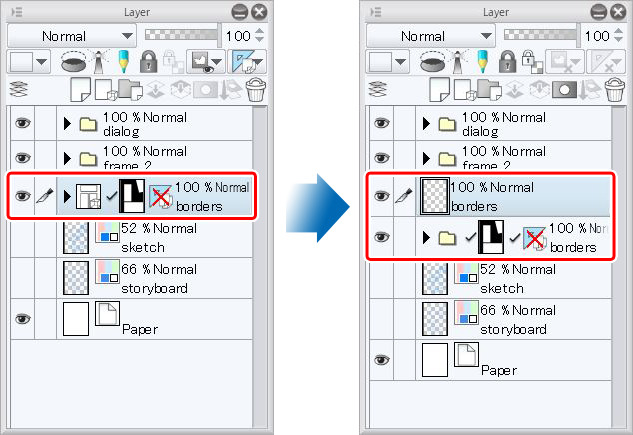 (2) The frame border was overlapping with the character in the second frame, so I erased the unnecessary parts with the [Eraser] tool. 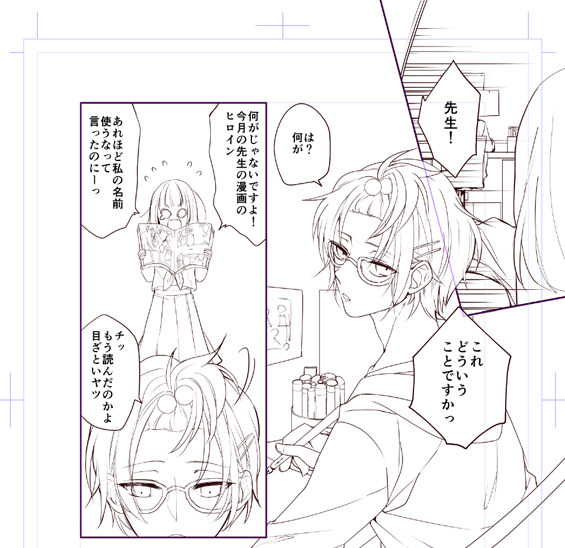 In the next lesson, I’ll go into coloring.