Here are some tips to setting up multiple 3D figures in a scene by using your 3D feautures, and ways you can use them in the future if need be. For example: if you're drawing a comic with more than one character, you might use the same scene with the same figures and a few minor changes. These tips are to help you focus on your drawing and not on whether the characters are where they're supposed to be or setting them up all over again.

First and foremost you'll need the first figure in your scene. Keep the layer where it's located selected and don't edit it just yet. 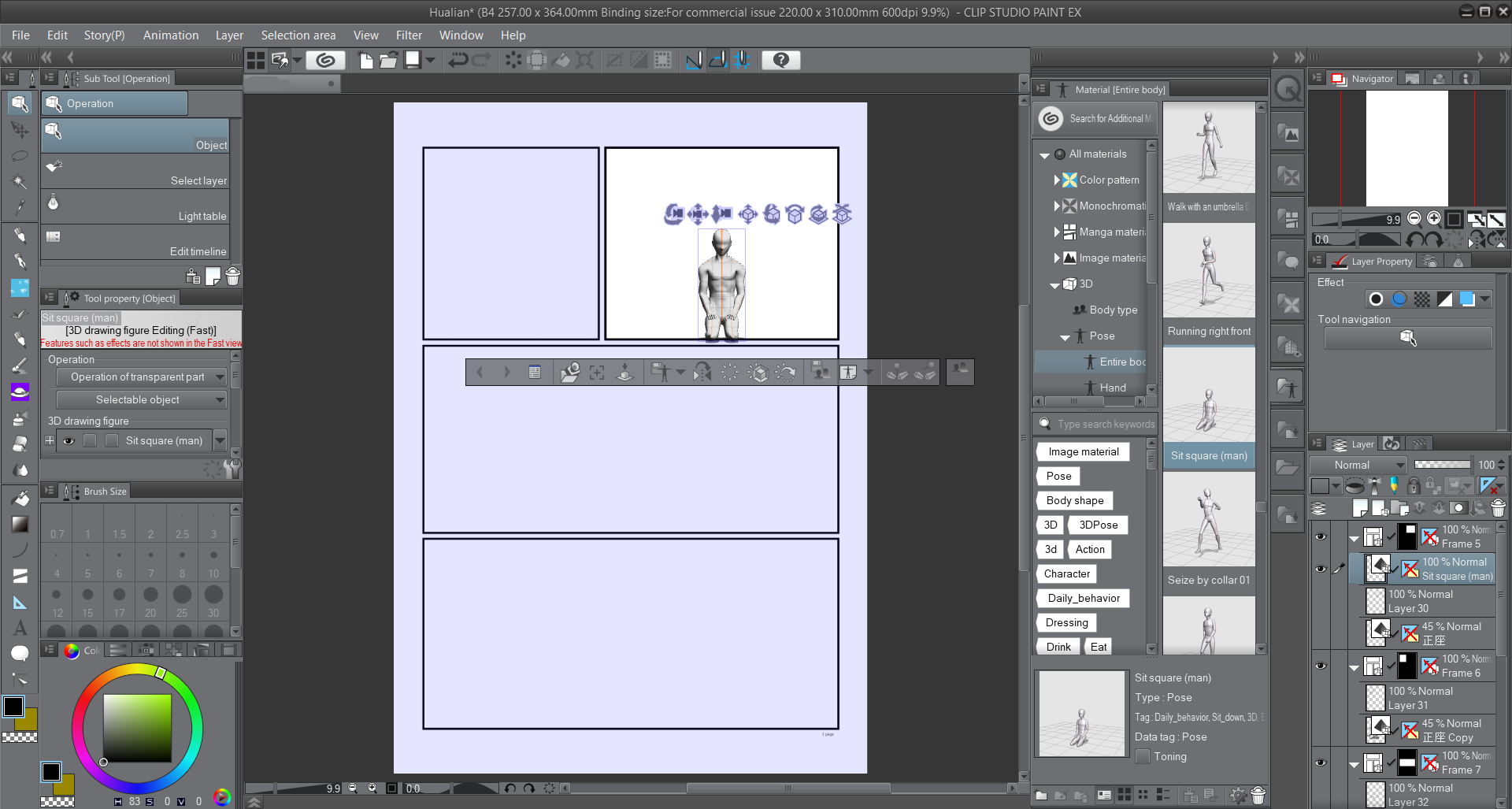 When adding a second figure, make sure you have the first figure’s layer selected and drag the second one within the immediate space of the first one. 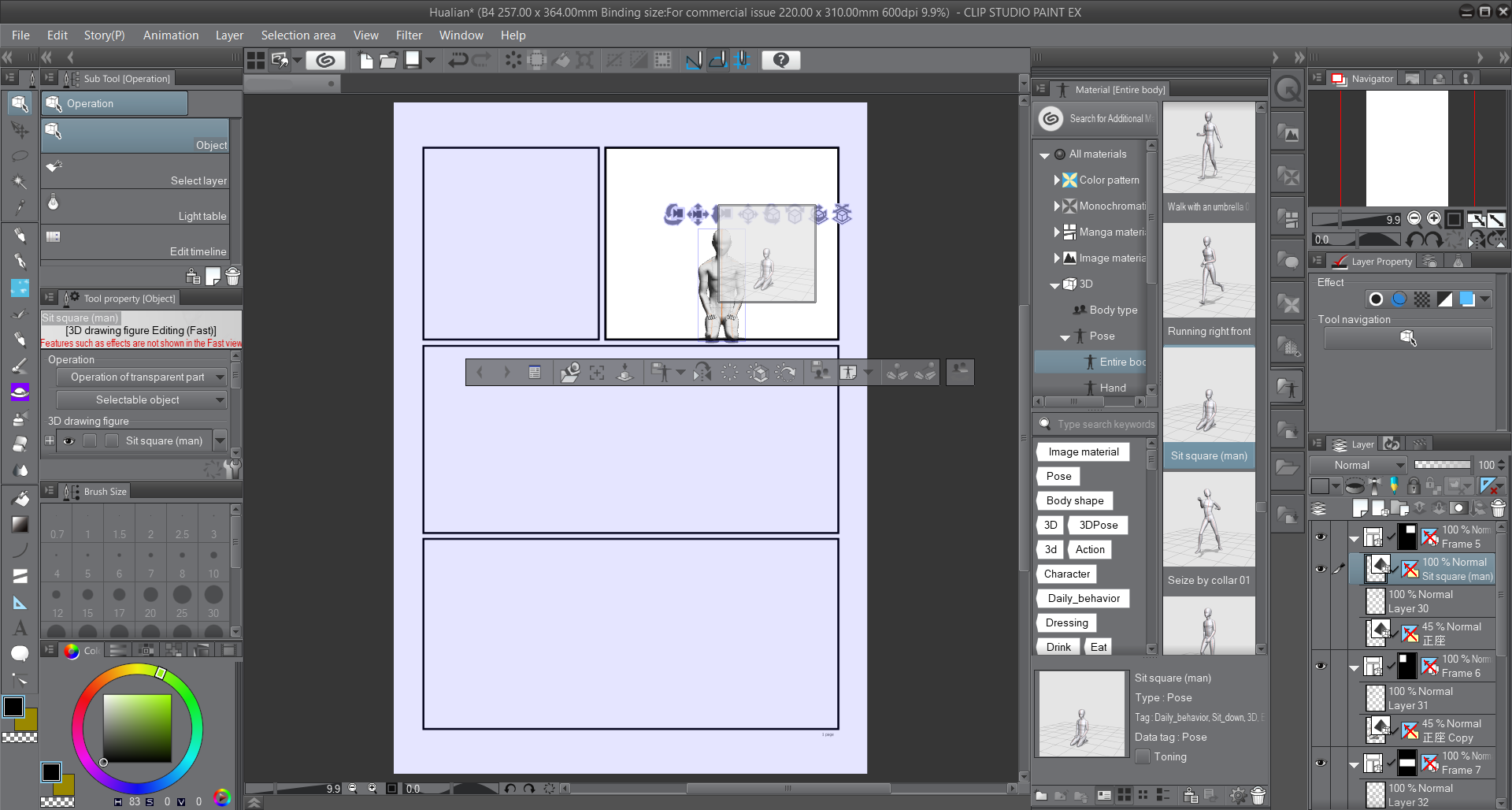 You’ll notice the second figure is further away. For this you have the position tool.

With this you can move it about in your scene to bring it closer to your first figure. However it’s difficult to know exactly at what height they’re both located. So the first option would be to rotate the scene so that you’re looking at it from above. 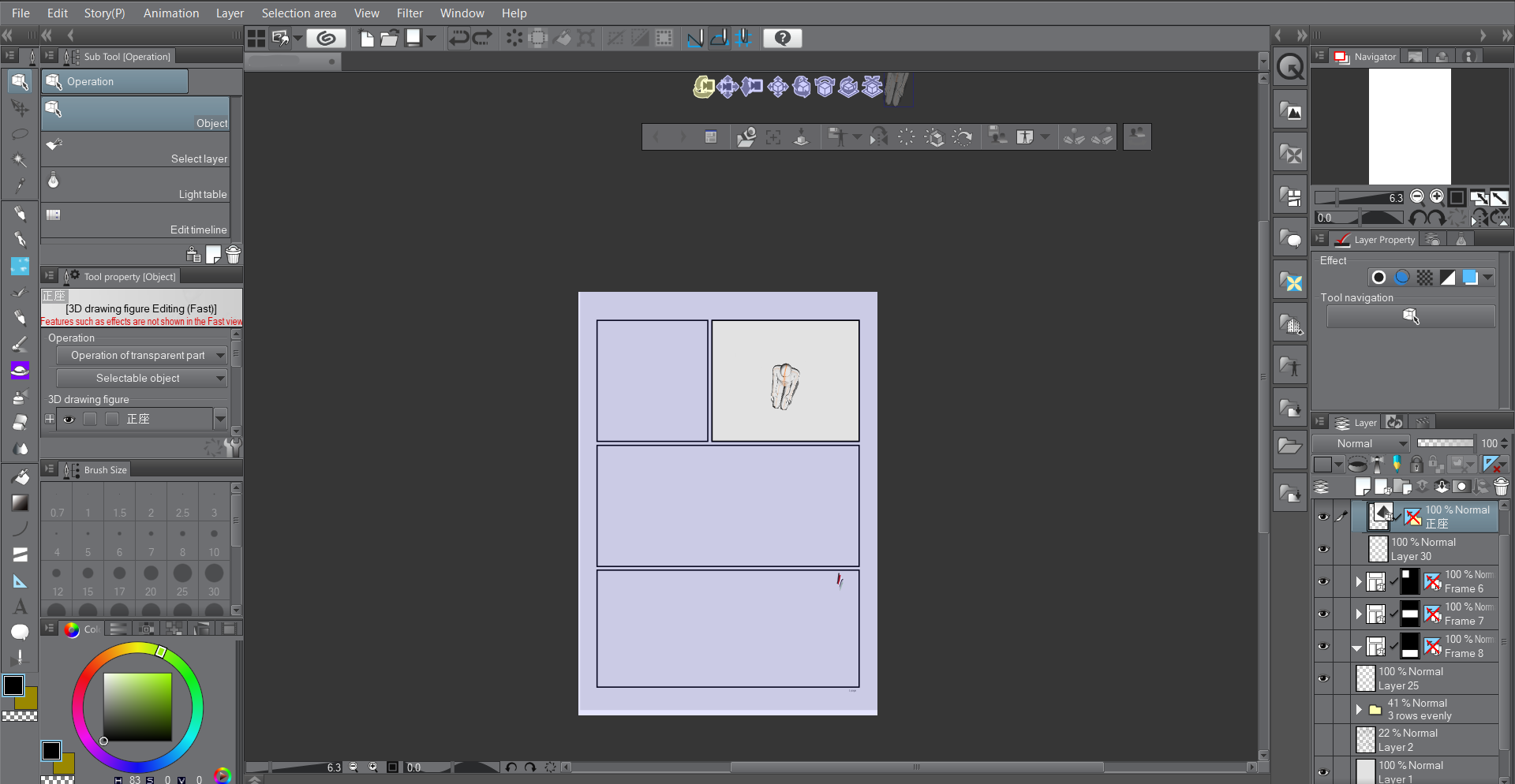 This, however, requires you to not only have to constantly zoom in and out but also have to reposition the scene once you're done.

Instead you can go to where it says “Window” above your screen and open All Sides View. 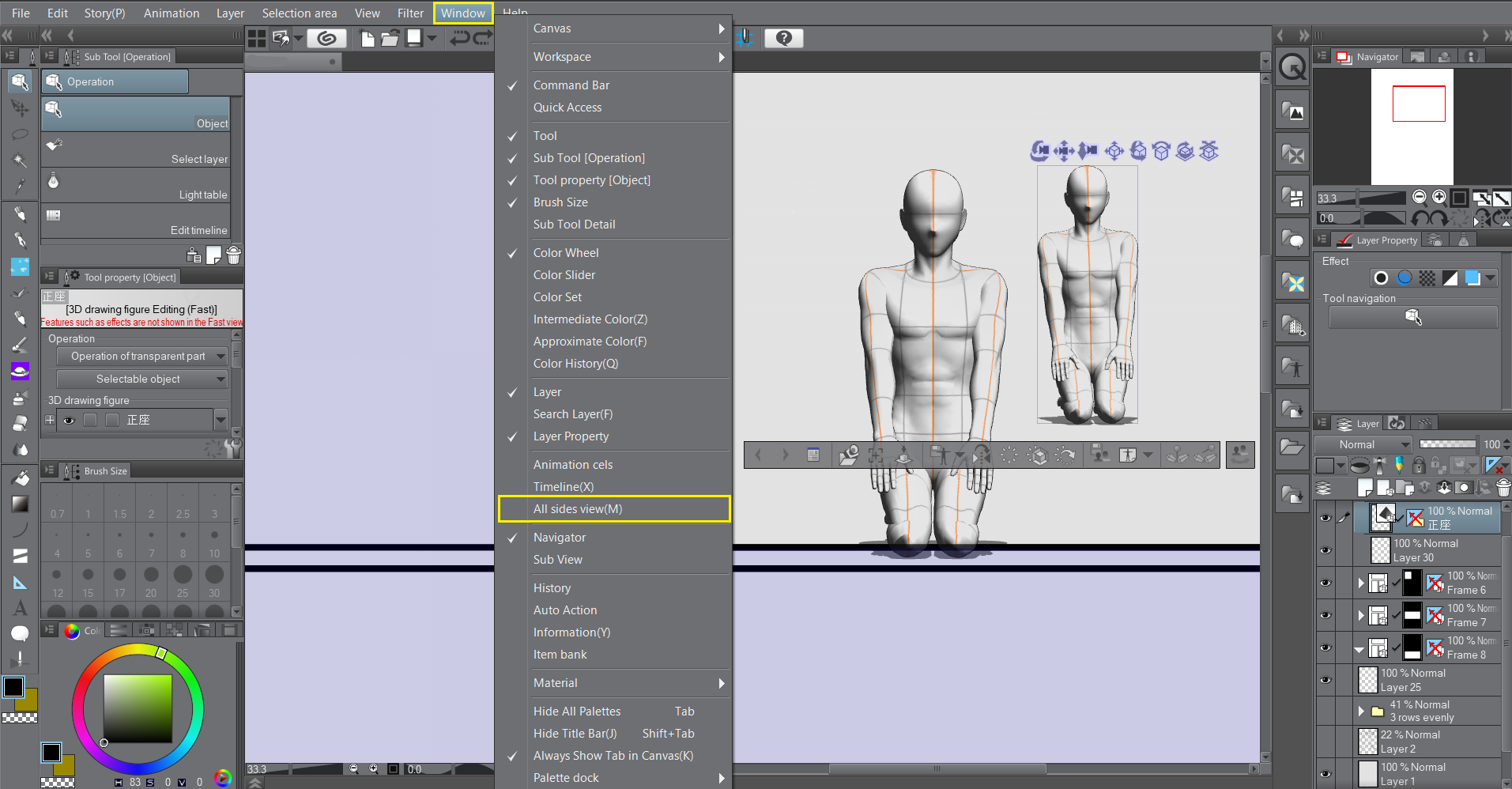 This opens a window to help you see the figure from different sides. And with the Perspective view window you can zoom in or out, as well as rotate the figure without affecting it in the actual canvas. 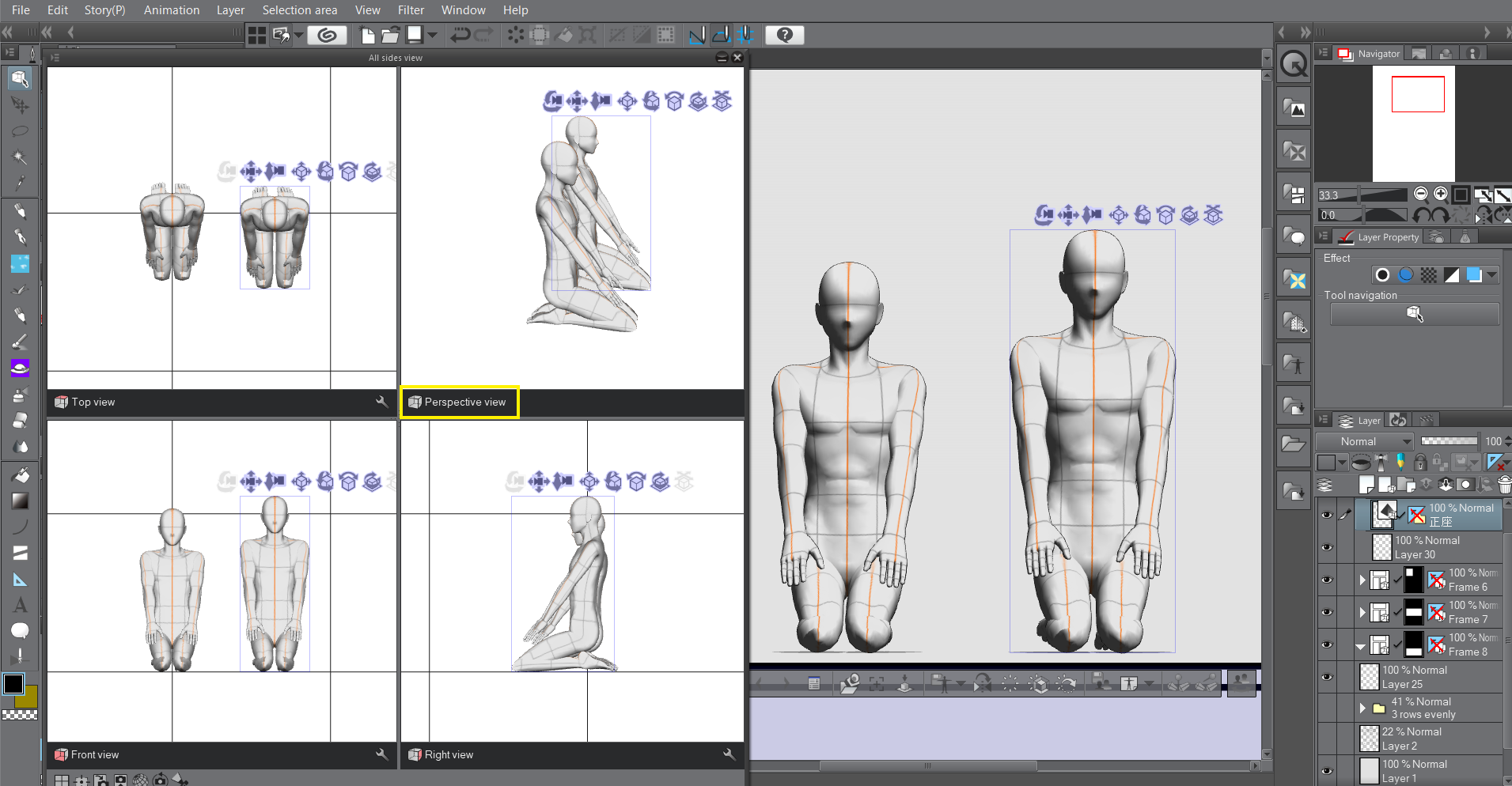 Zoom in to your liking in the Perspective window to get a better view of your figure’s limbs.

In this case, the focus is on the arms and hands, so I've moved them within the Perspective tool without touching the figure on the canvas. 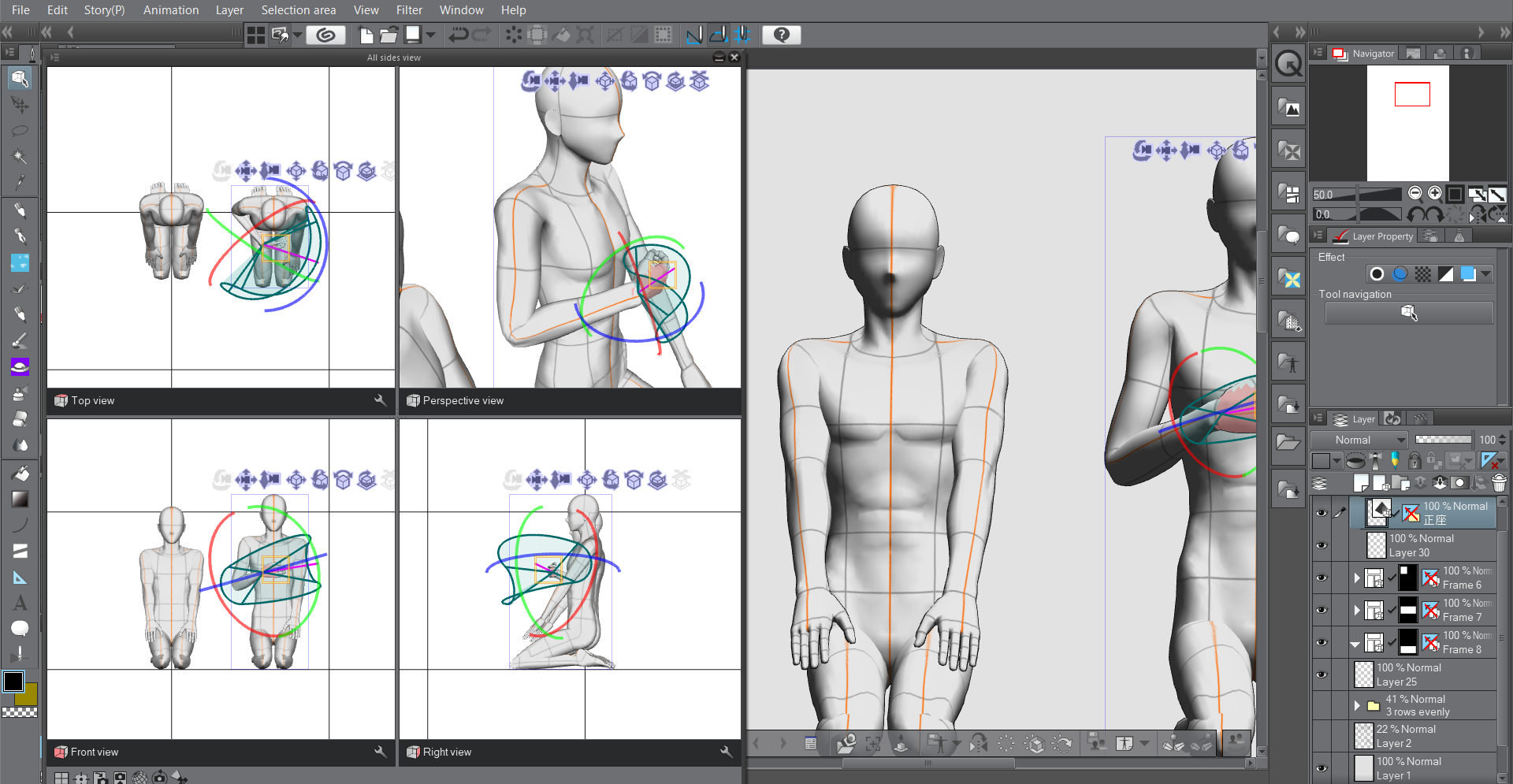 For hand poses open your figure's Sub Tool Detail and use the Pose feature to clench or unclench the hand (access by clicking the far right button on the figure’s bottom tools). 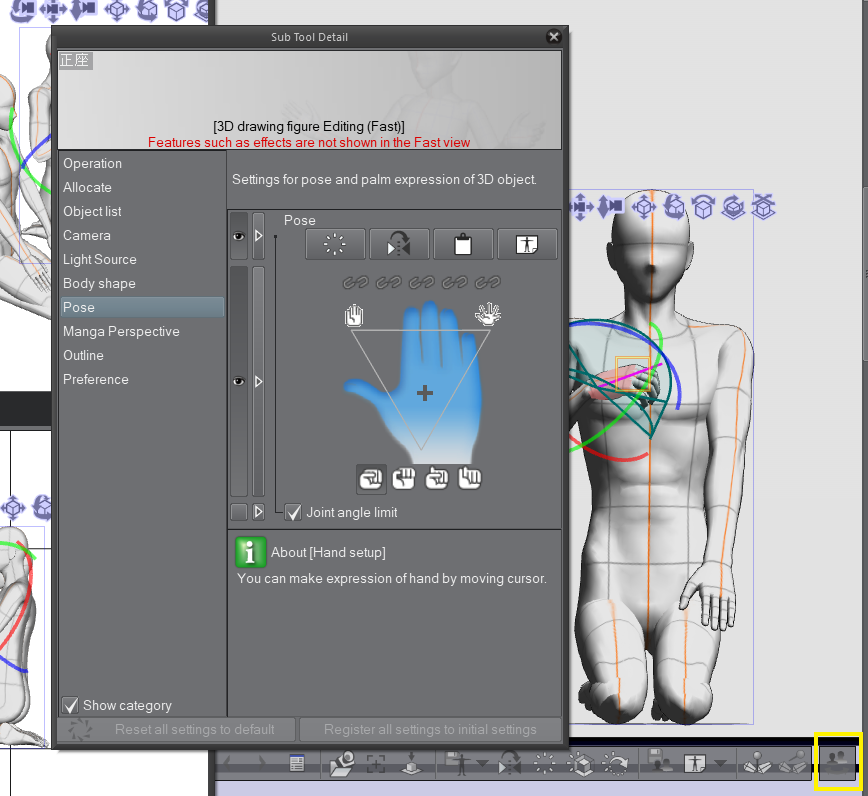 Edit the individual fingers by zooming closer in the Perspective view and rotating the figure as you please (figure is meant to be holding a cup so the thumb must go out further). 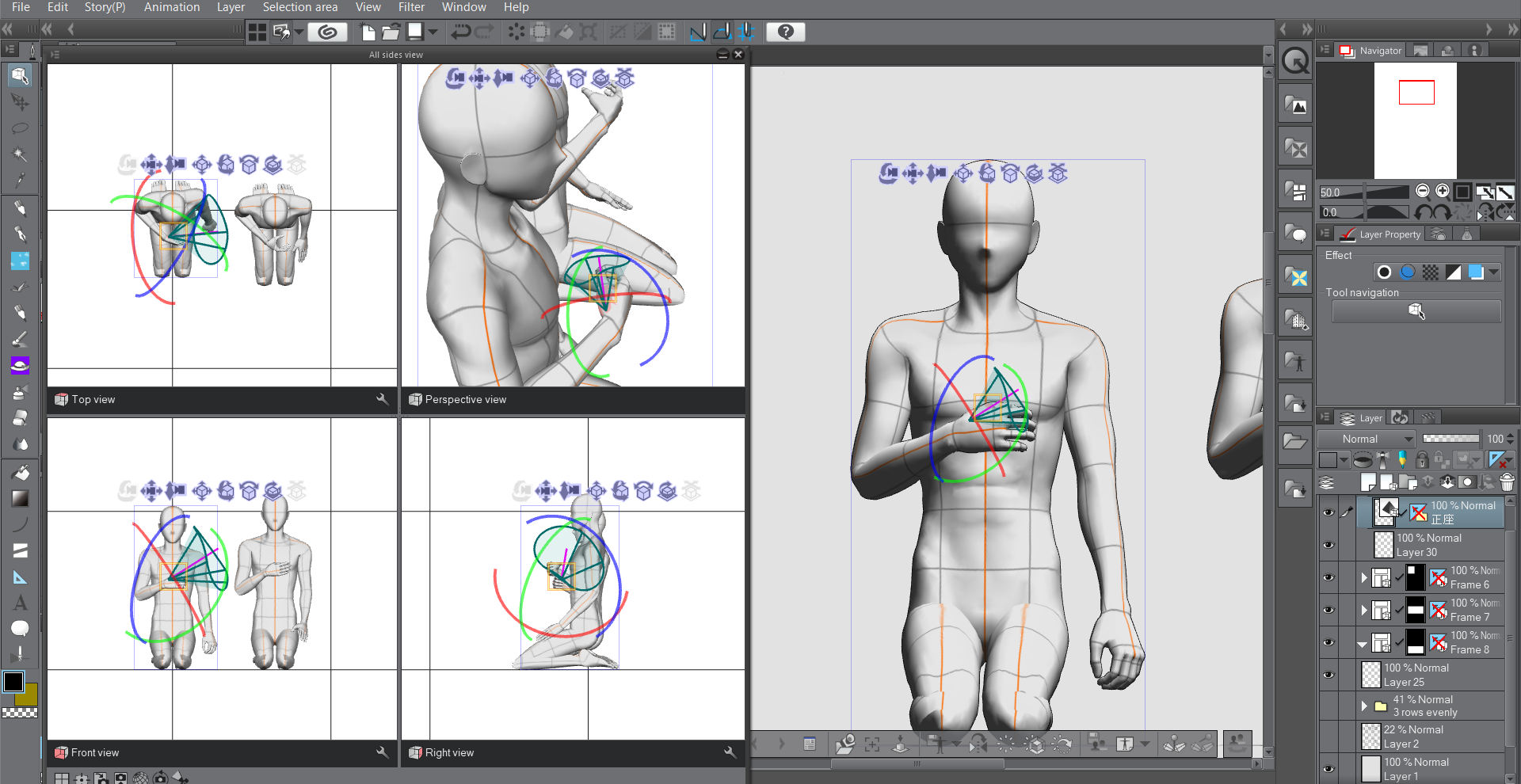 Now if you want a different angle in the same document all you have to do is duplicate the figure's layer.

Rotate the figures to the angle you want and use the previous tips to help you set up any individual changes. 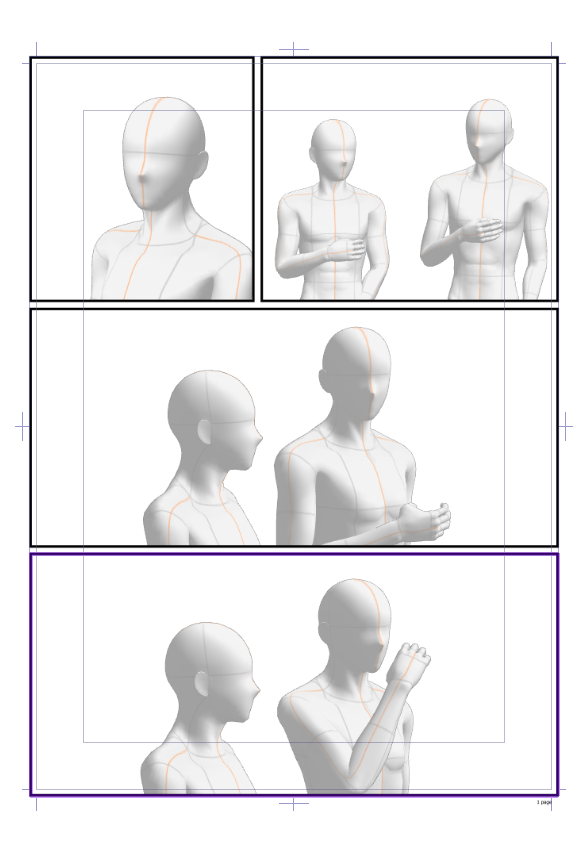 When you want the same scene in different documents all you have to do is select the layer with the figures (different scene with even more characters below). 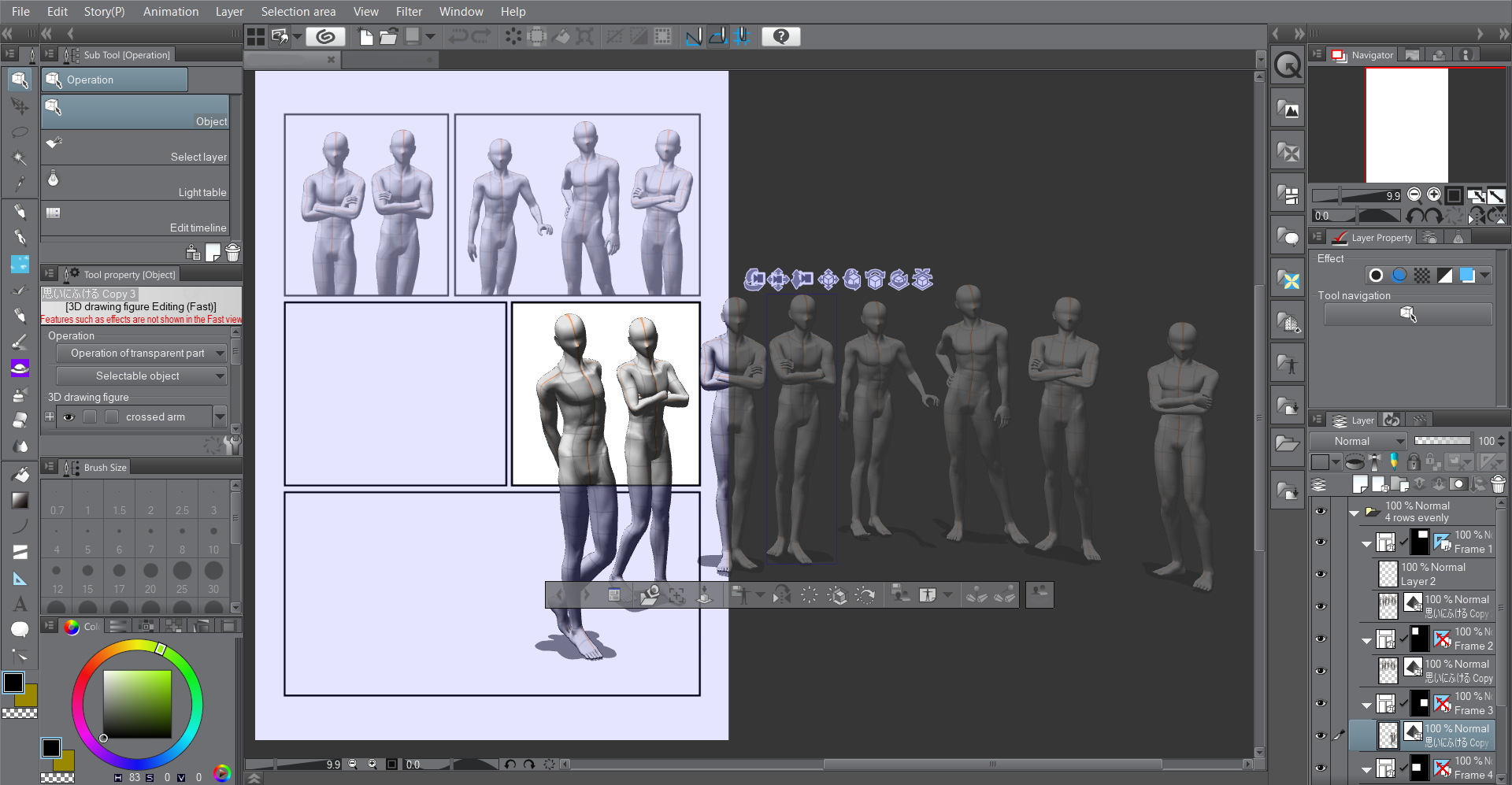 Use the Selection tool to make a random selection. 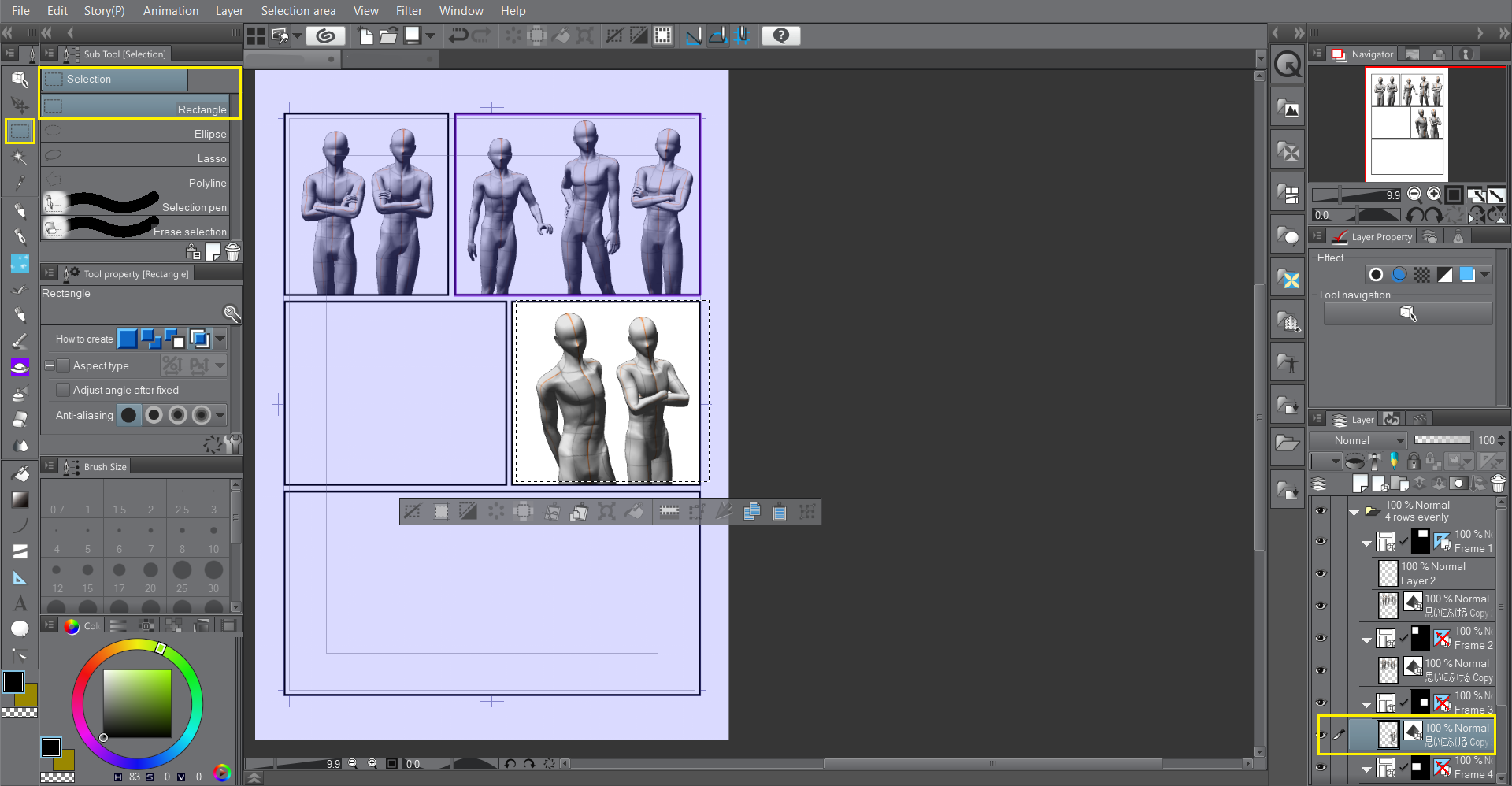 Copy the image then paste it in a new document.

(Note: there's an explanation at the end of this post if you're not sure how to add the Copy and Paste tools to the Selection tool bar.)

Once you’ve copied it to the new document, you’ll notice it’s been cut from its original shape. 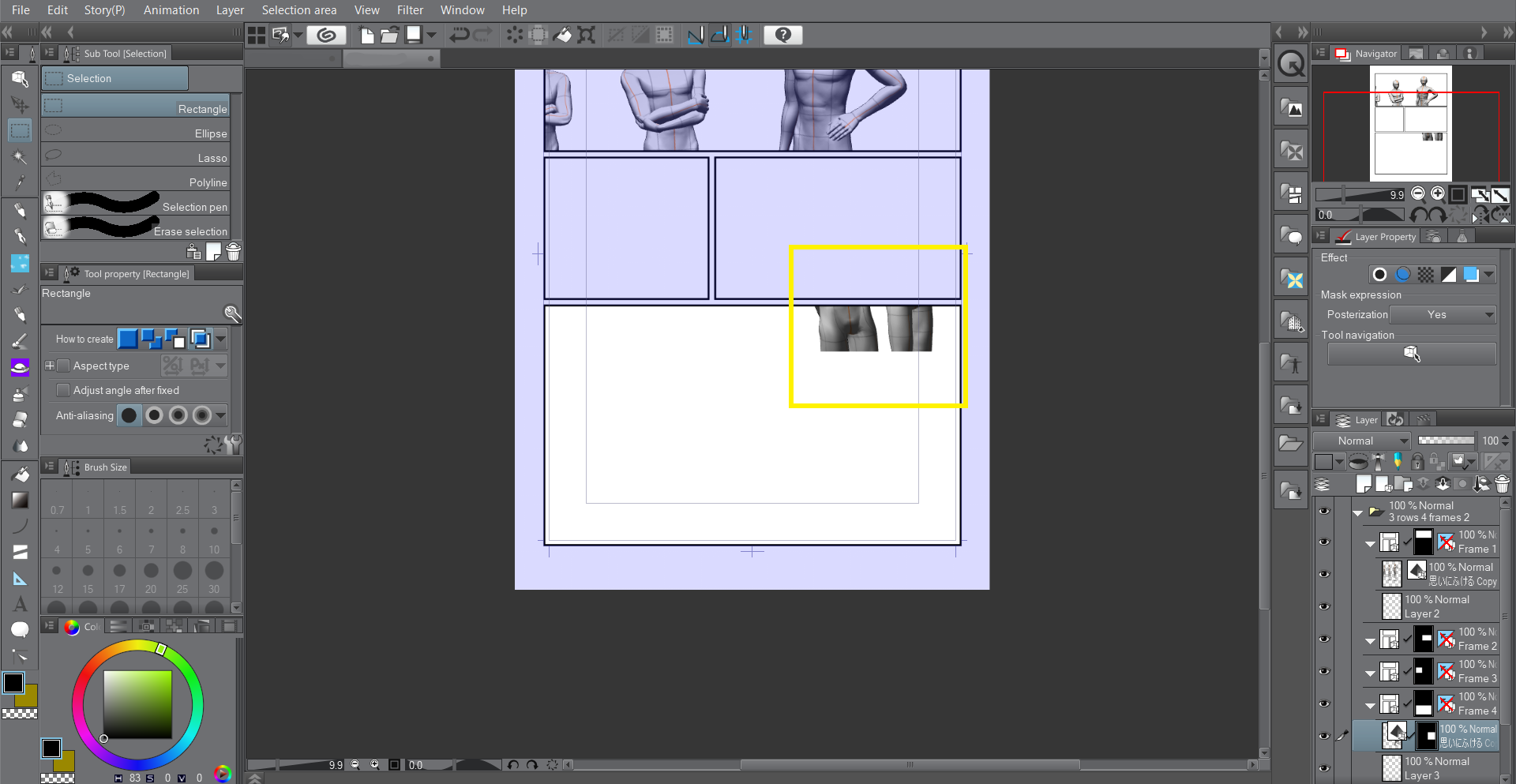 This is because since only one area was selected, the layer will create a Mask to hide the rest. Simply select the Mask and click the Delete button, then Delete again when it asks if you want to apply the Mask. 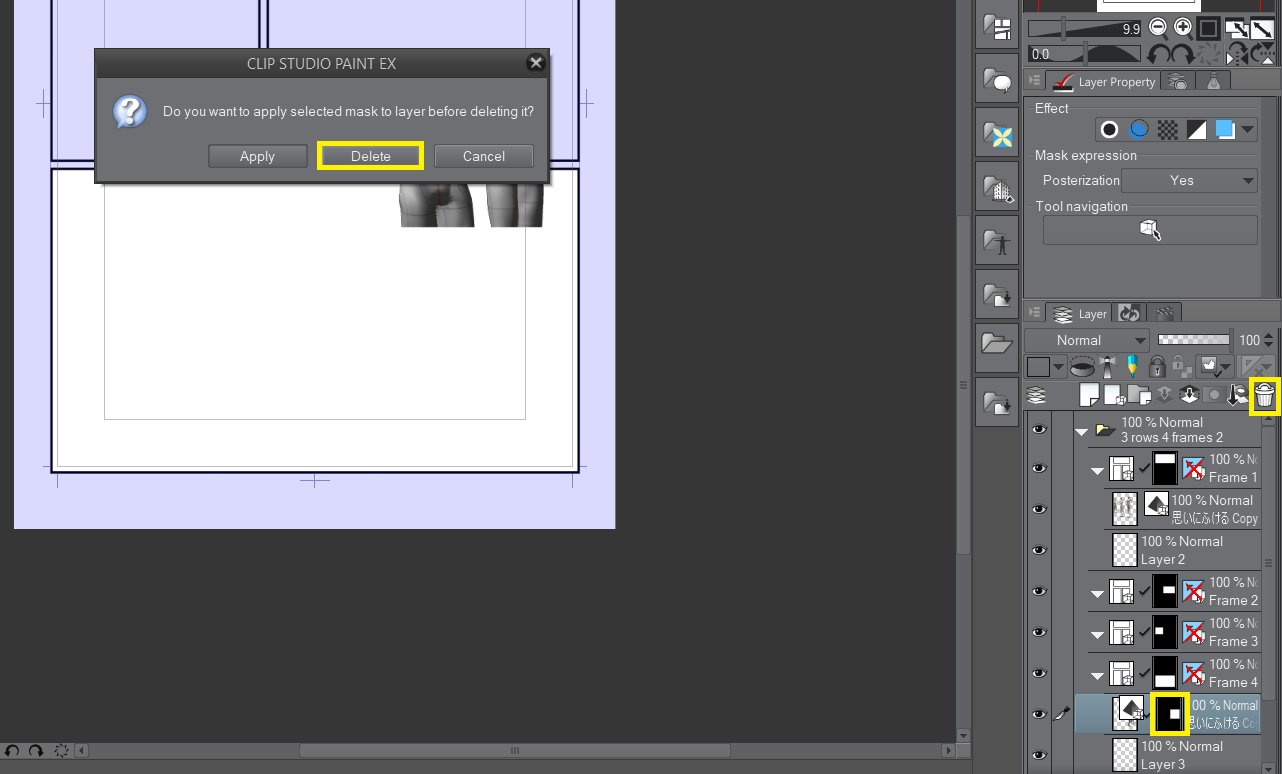 Now you’re all set and you can edit your scene to your liking. 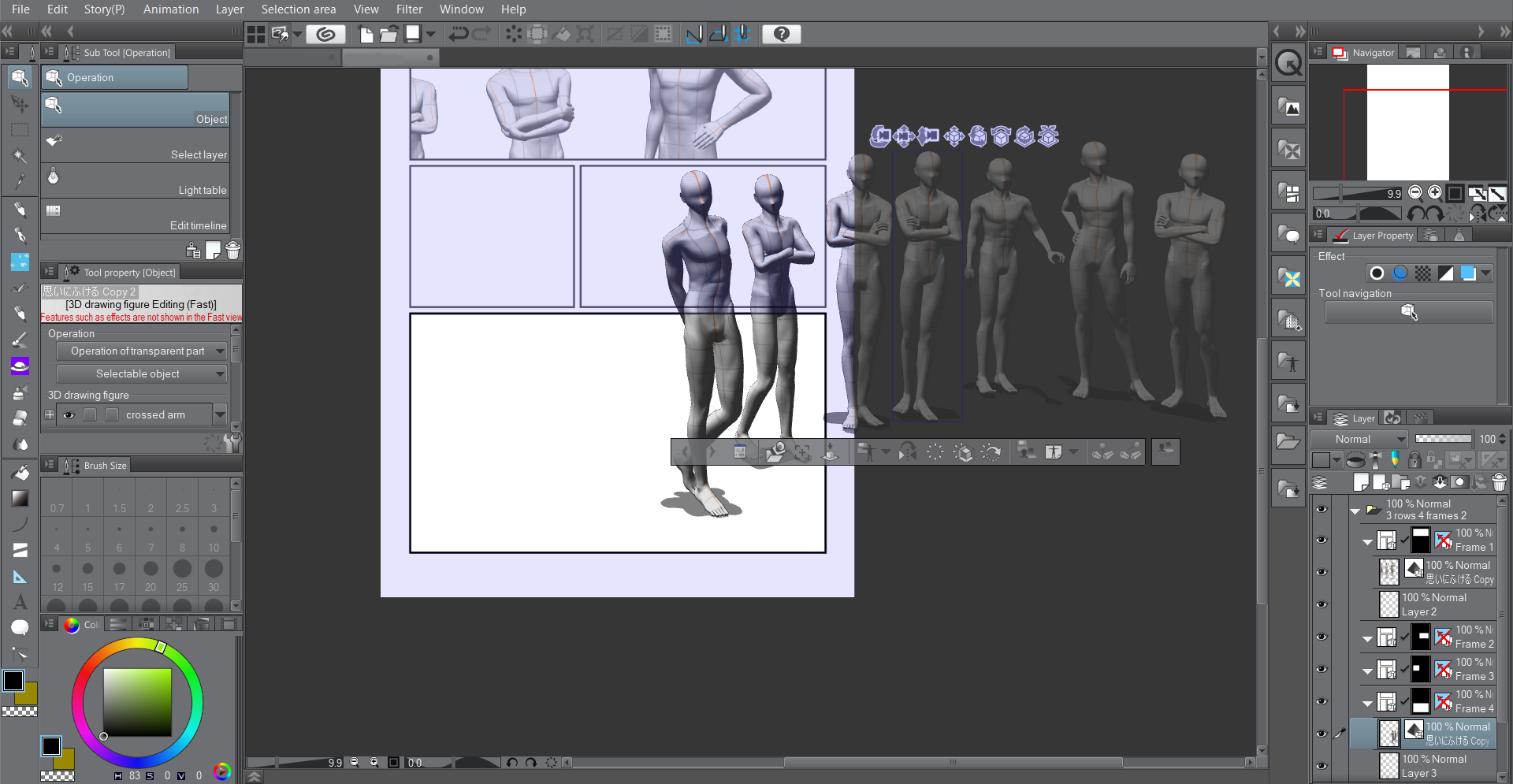 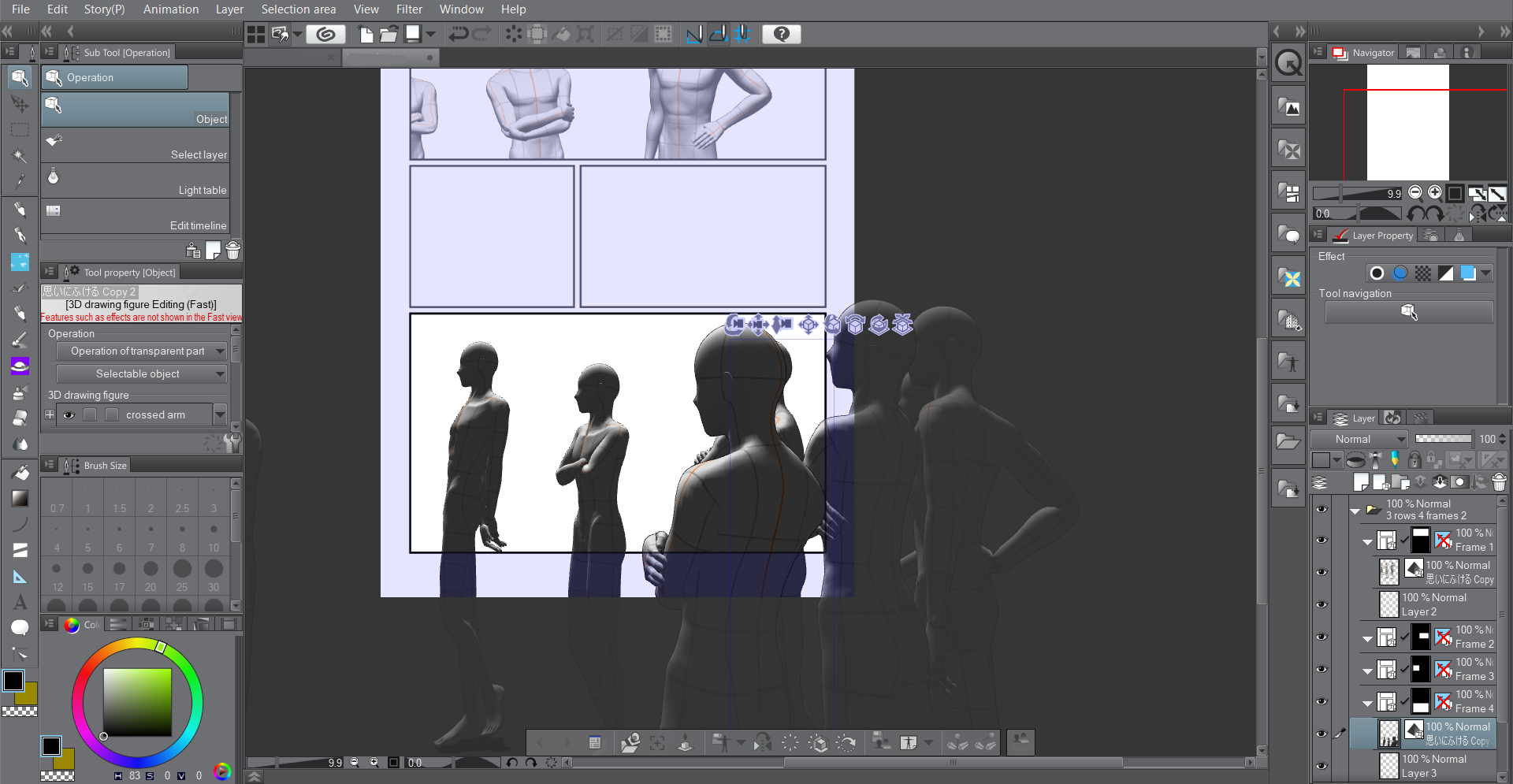 If you’re not sure how to get the copy and paste tools, click the Selection Launcher Settings button. 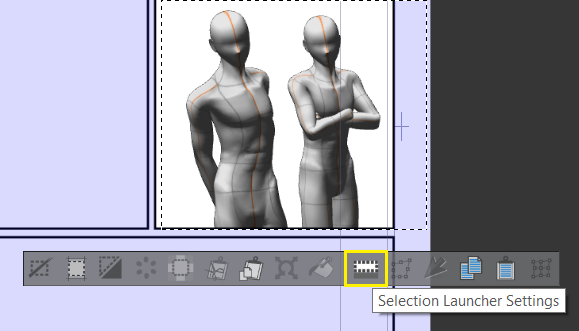 This will open up the Settings tab where you can add or delete which tools you want to be seen when you make a selection. Copy and Paste are under the Edit tools. 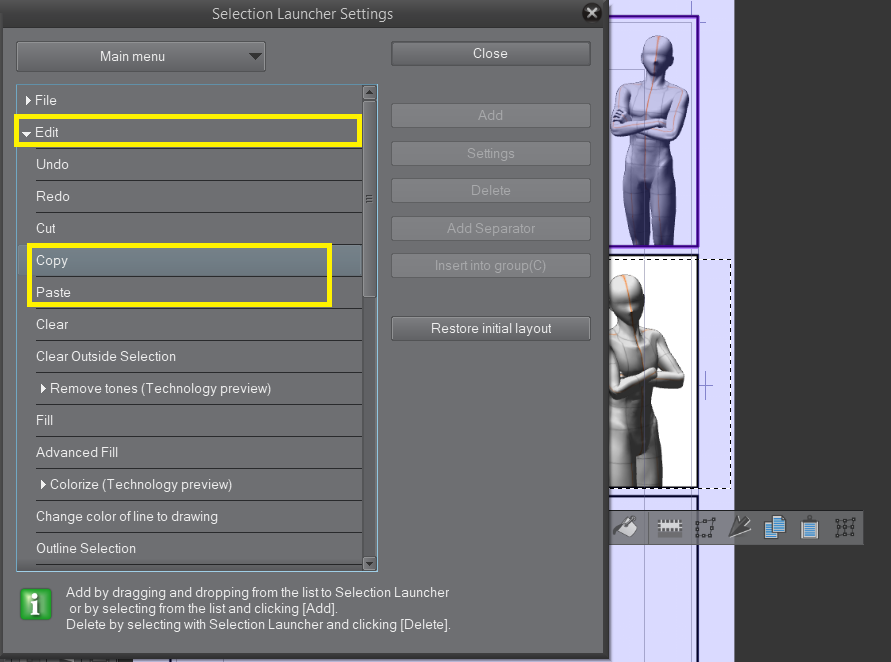 3D figures aren't there to solve all your problems but they are there to help you make your drawing process easier and faster, especially when you have a comic with several characters. By learning about these features I've cut down my work, now I no longer struggle with trying to figure out where one character would be in relation to another in the same scene but at a different angle and I only have to make minor changes to a figure that I would otherwise have to add and modify once more. 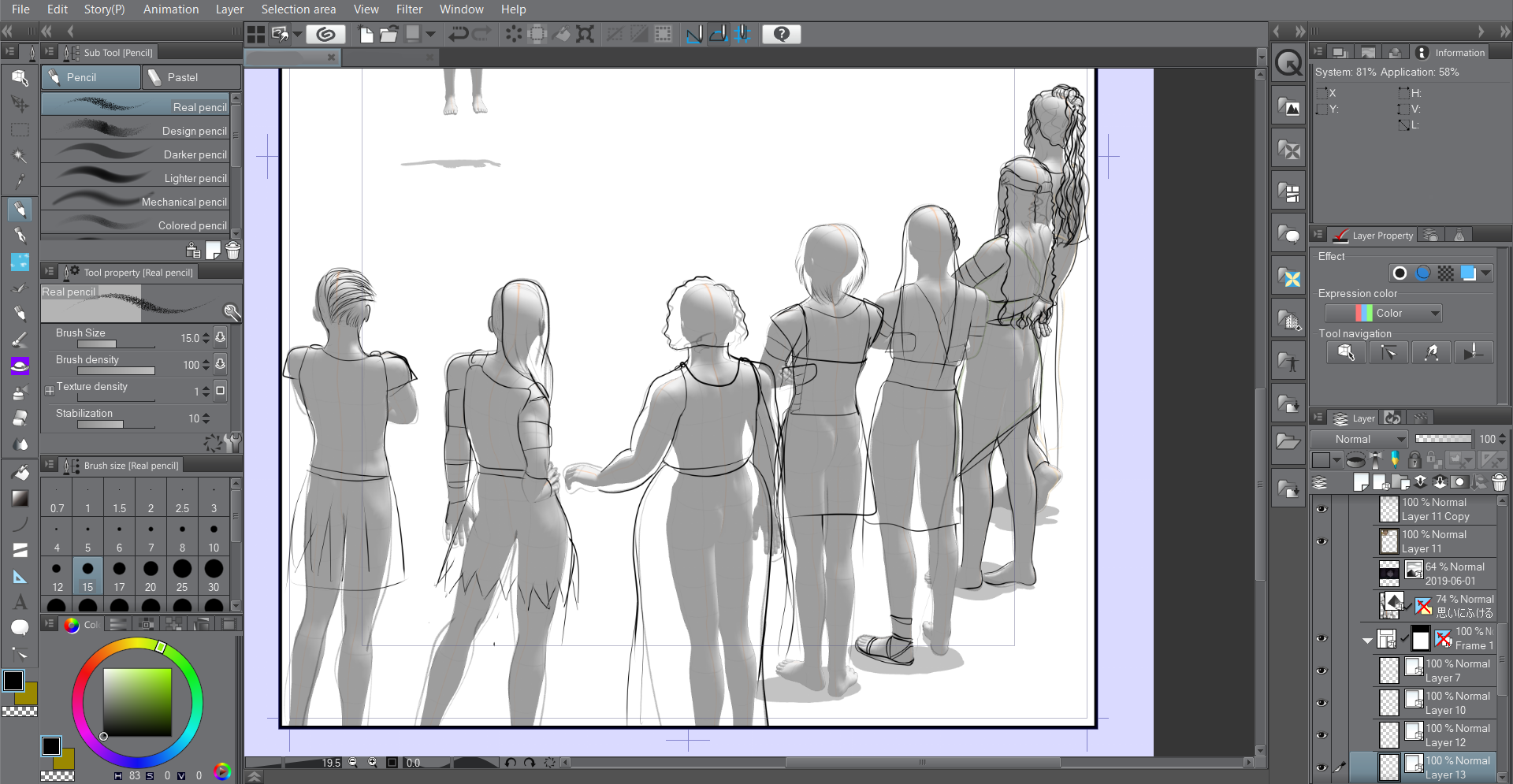 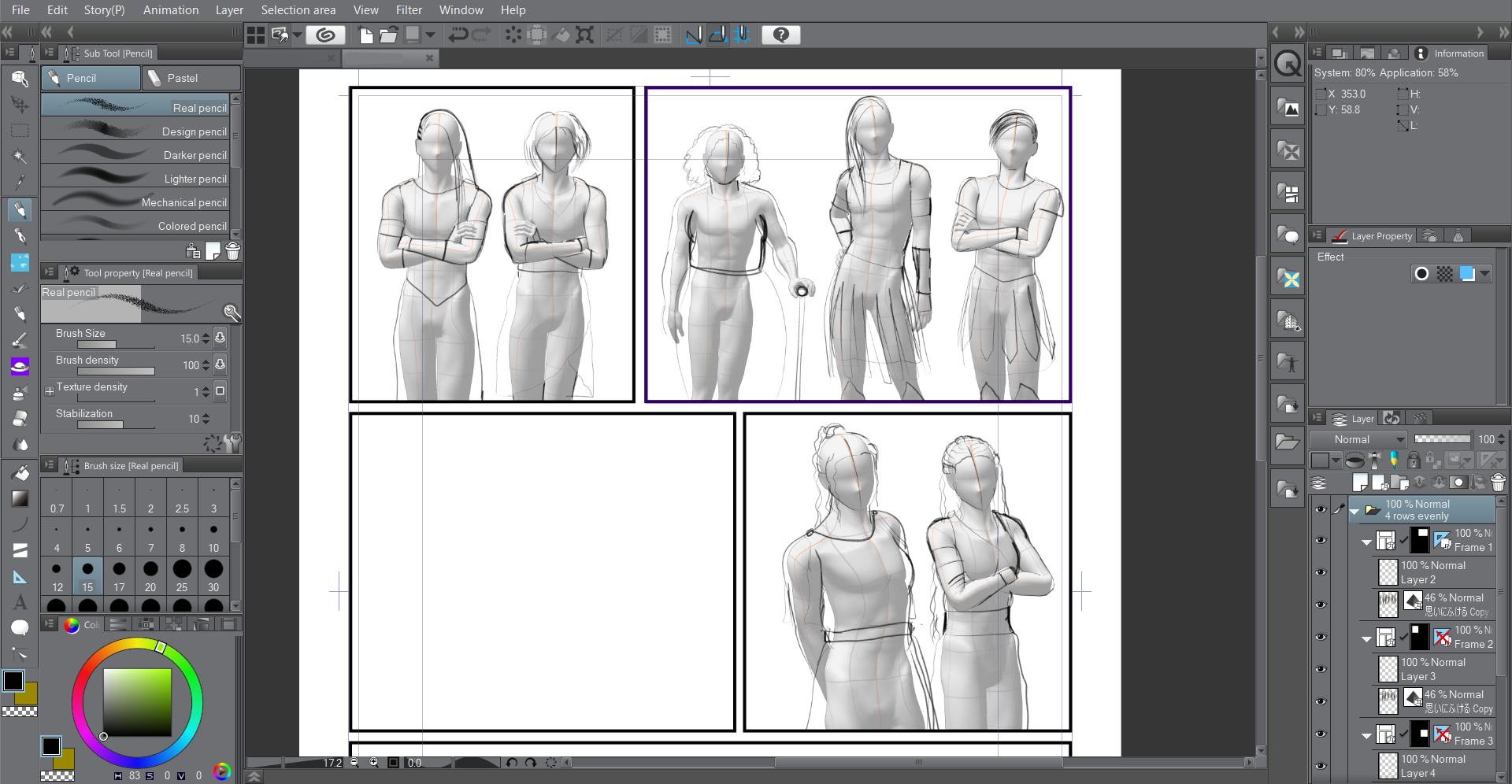