The gradient layer is a layer that fills the entire layer or selected range with a gradient. 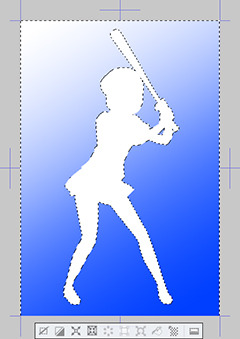 You can change the color, width and direction of the gradient by using the [Object] sub tool of the [Operation] tool. 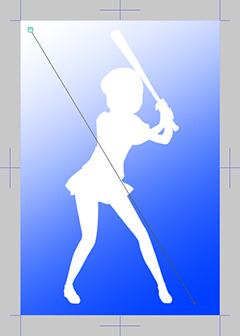 The gradient layer created after making a selection appears to be drawn only in the selected area: in reality, it is drawn on the entire canvas and is partially hidden by a layer mask.

A solid-fill layer is a layer that fills the entire layer, or the selected range, with a specified color.

Other than you have to select the fill color before creating the layer, fill layers work the same way as [Gradient] layers.

Like the gradient layer, you can change the color, or edit the layer mask later with the [Tool Properties] palette of the [Object] sub tool.

Tone layers are layers that paste “screen tones” which are used in manga.

When creating a new tone layer, you can create any tone in the [Simple tone settings] dialog.

You can change the tone settings later if you want to. Additionally, a layer mask can be used the same way as the solid-fill layer and gradient layer. 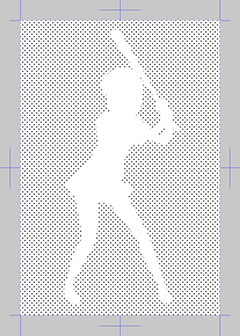 [POINT: Changing the tone into a gradient]

Tone layers and solid color layers can be converted to gradients by changing their settings.

You can switch the [Settings of Filling] to [Gradient] from the [Tool Properties] palette displayed in the [Object] sub tool of the [Operation] tool. 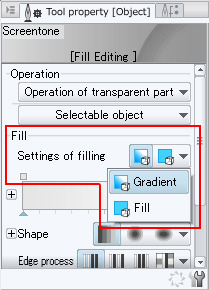 After changing the [Settings of Filling] to [Gradient], you can also adjust the direction and width of the gradient. 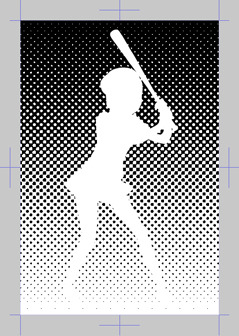 This is a similar effect to [Tonal Correction], which can be selected from the [Edit] menu.

From the [Layer] menu → [New Correction Layer], select the correction you want to adjust. 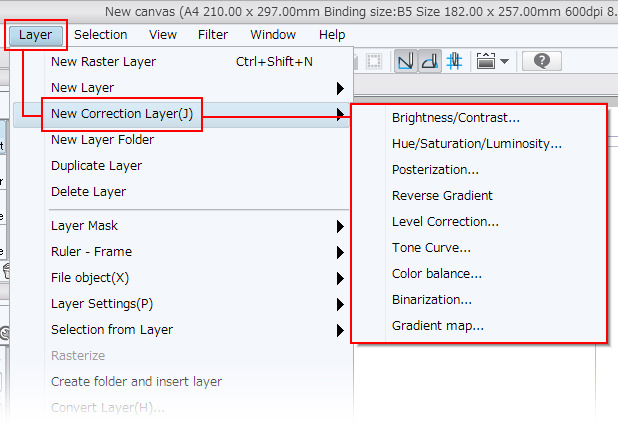 A tonal correction layer corrects the layer below it. However, you can apply the effect partially by using a layer mask.

In addition, by storing layers in a folder, you can limit the layers that are effected.

The biggest difference with the [Tonal Correction] command in the [Edit] menu is that you can keep the “original” image as it is.

Since the colors of an image change with the [Tonal Correction] of the [Edit] menu, it would be difficult to restore the image to its original state if the number of colors were reduced with [Posterization].

However, with the tonal correction layer, you can easily cancel or readjust the correction, as you can simply return it to its original state by hiding the layer.

You can also use the [Tonal Correction layer] when you want to create variously toned versions of one illustration.

We will briefly introduce the [Layer mask], which can be used with gradients, solid-fill, tones and tonal correction layers.

When creating the layers above, a layer mask will be created along with it; but you can also create a layer mask later.

First, specify the necessary parts with a selection area and click the [Create layer mask] icon in the [Layer] palette. 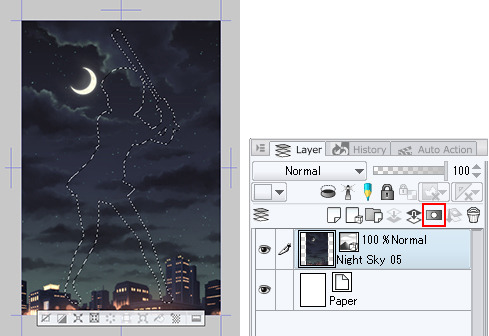 You have created a layer mask. The black area displayed on the thumbnail of the layer mask is masked (invisible).

Layers with layer masks can create invisible areas, without erasing or changing the original image. 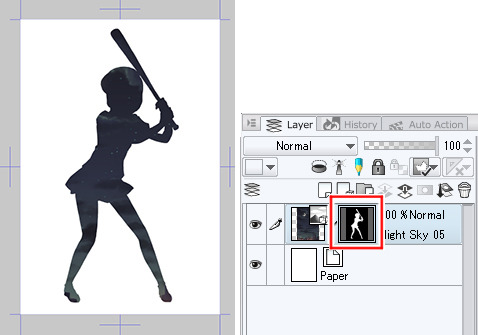 If you create a layer mask in a folder, you can mask multiple layers simultaneously.

We may have introduced too many types of layers in one go, but try to find the layer that is the best for your own projects!

Layer types and how to use them #2 by ClipStudioOfficial