To create a new layer with CLIP STUDIO PAINT follow the steps below.


■1. Create a new layer from the layer menu 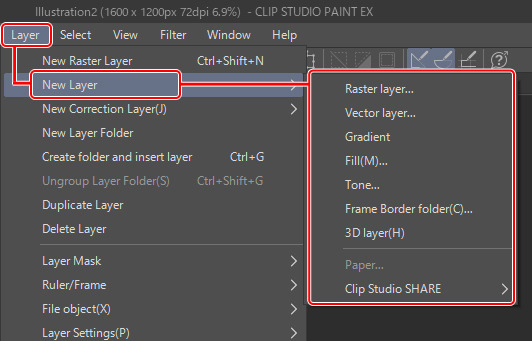 ■2. Create a new layer from the layer palette

Select the [Show Menu] icon in the top left of the [Layer] palette → Select [New Layer]. 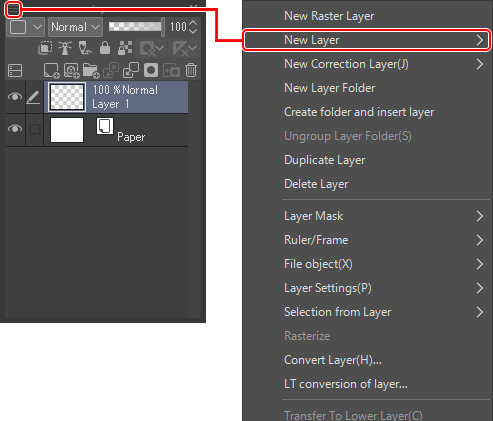 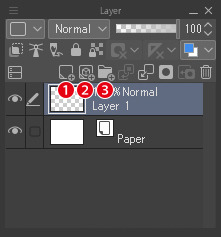 [2] The difference between the Raster layer and the Vector layer

When opening the "New Layer” menu, you might find the various types of layers confusing.

We will show you what differences there are among these layers.

First, let’s look at the difference between raster layers and vector layers.

Let's see an example of a drawing done on a raster layer.

With raster layers, you can do most of the work that comes to mind when drawing, such as inking lines or painting colors. 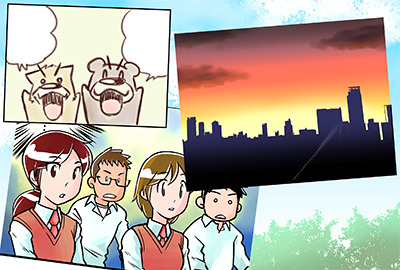 A feature of the raster layer is that it is easy to process images and use filters etc. 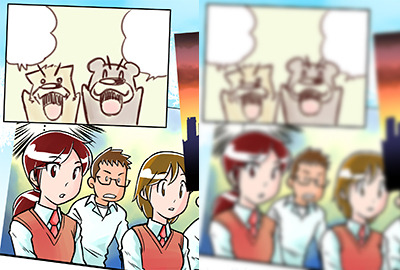 Now, let’s see an example of a drawing done on a the Vector layer.

Actions other than drawing lines, such as filling and blurring, are not suited for vector layers. 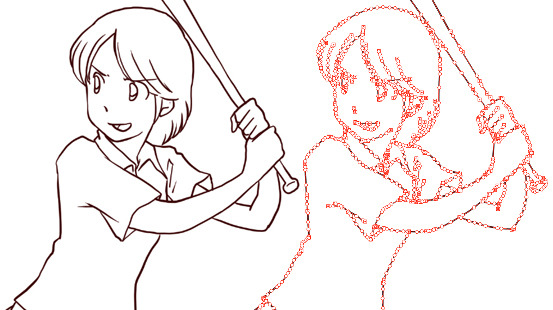 In the figure below, although it may seem that the pink background was "painted” using a [Brush] tool, it is actually a "line that looks like a brushstroke" drawn along a path. 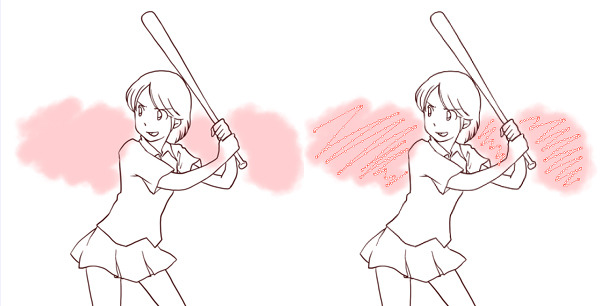 ■1. How does the Raster layer work?

* As an easy explanation, a grid has been added to this illustration. Usually, it is not displayed on the actual image.

When drawing a picture on a raster layer, there are almost no limitations. You can do what you want.

On a raster layer, you can work on anything, such as line work or painting. Additionally, raster layers are good for layering paint with the [Brush] tool and drawing light effects like the highlights of a pupil. 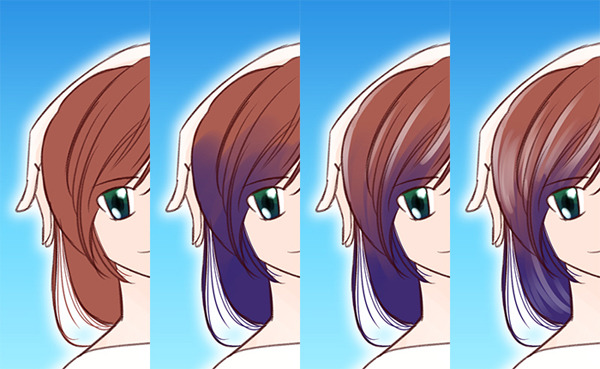 You cannot use vector layers to mix colors, thinly paint colors or refine the shape of the lines with an eraser or transparent ink. 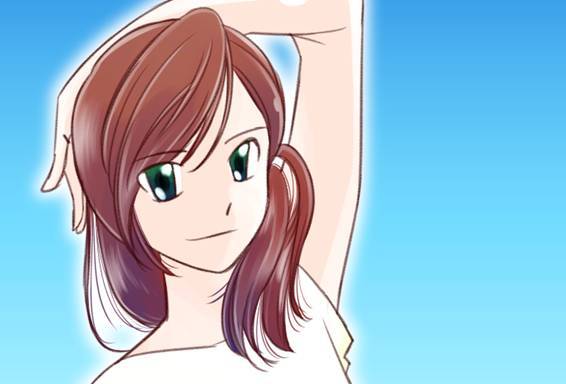 Although the raster layer may seem perfect, it also has its weaknesses. Images drawn on a raster layer become increasingly jagged when enlarged/reduced with the [Transform] function. 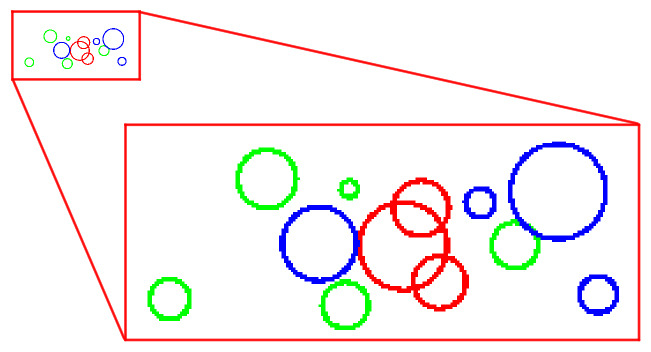 ■2. How does the Vector layer work?

To draw a picture, move the pointer on the screen with a pen or a mouse. The [Vector layer] records both the pointer trajectory and the pen pressure information (stroke). 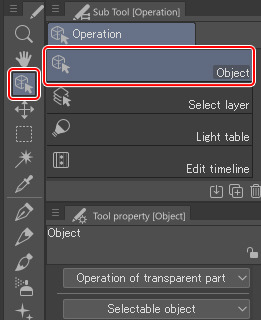 On a vector layer, you can use the [Object] sub-tool of the [Selection] tool to select the line you have drawn.

While selecting a line, you can see the center line of the vector line and confirm the control points inside of it. 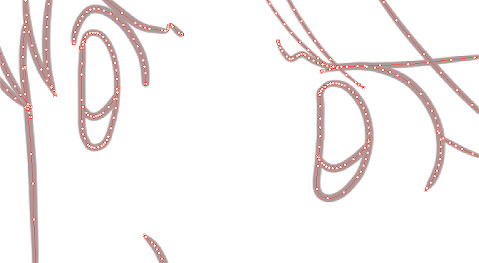 Even if the lines are enlarged using the [Transform] function to enlarge/reduce the image, jagged lines do not occur as they would on raster layers, because they are drawn with the numerical values of the recorded stroke. 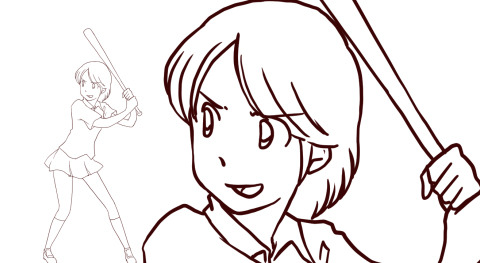 Generally, the vector layer is a good layer to draw lines.

You cannot fill in colors, blur with the [Filter] function, or mix colors of the drawn lines like you can with a raster layer.

[4] Useful ways to use vector layers

On one hand, vector layers have more limitations when compared to raster layers. On the other hand, there are convenient functions that can only be used with vector layers.

You can edit the thickness and curves of a drawn line on vector layers.

You can use the [Edit line] tool in the [Tool] palette. You can choose what kind of editing you want to do in the [Sub Tool] palette.

The functions for editing the “lines” themselves can only be used with vector layers.


■2. Drawing a background on a vector layer

Another convenient function that can be used with a vector layer is the ability to erase an “entire line or all lines up to a line intersection” as a unit.

When inking something like the buildings in the bottom figure, you can effectively utilize the features of the vector layer. 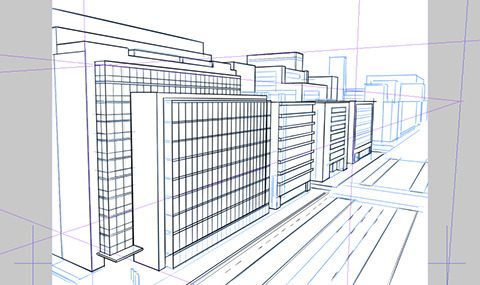 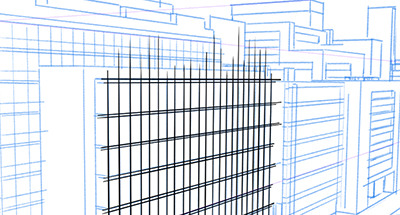 ②Select the [Eraser] sub tool for [Vector] and set the [Vector eraser] to [Erase up to intersection] in the [Tool Property] palette. 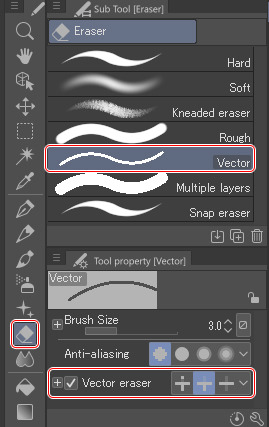 ③Run the tool over the lines that are sticking out, making sure that the eraser touches all of them. 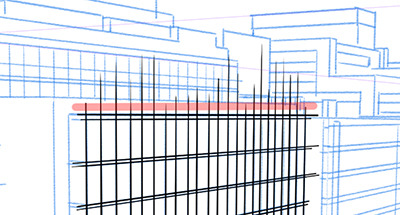 ④The lines are automatically deleted up to the line’s intersection, regardless of the place that they were selected. 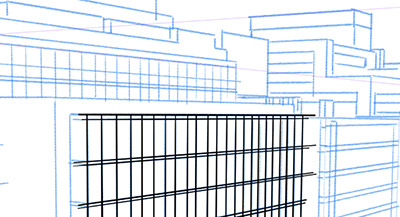 ⑤Similarly, you can ink the other parts without being too careful. 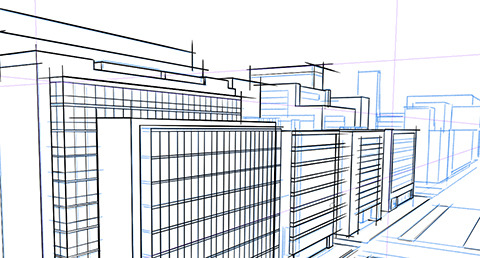 ⑥Finally, erase the lines that are sticking out in one stroke. 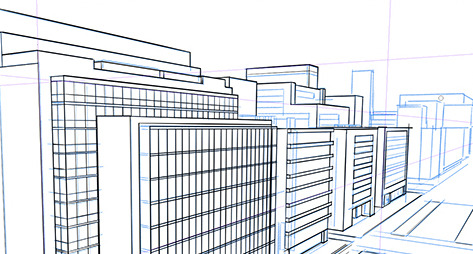 As you can ink without worrying about overhanging lines, you can draw more efficiently without stopping your pen's momentum.

Now that you understand the benefits of vector layers, please use this to your advantage.

Layer types and how to use them #1 by ClipStudioOfficial