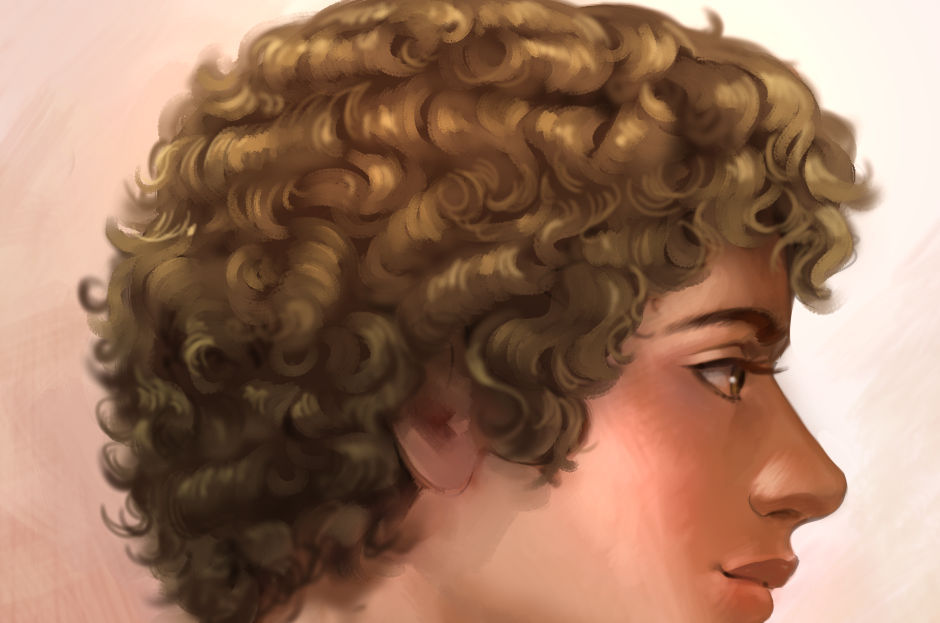 We'll start with a head that has an empty dark area where the hair will go later.
Here, I have loosely sketched some "curlers", little rolls, to show a basic pattern of curls. Tight curls often form little cylinders: 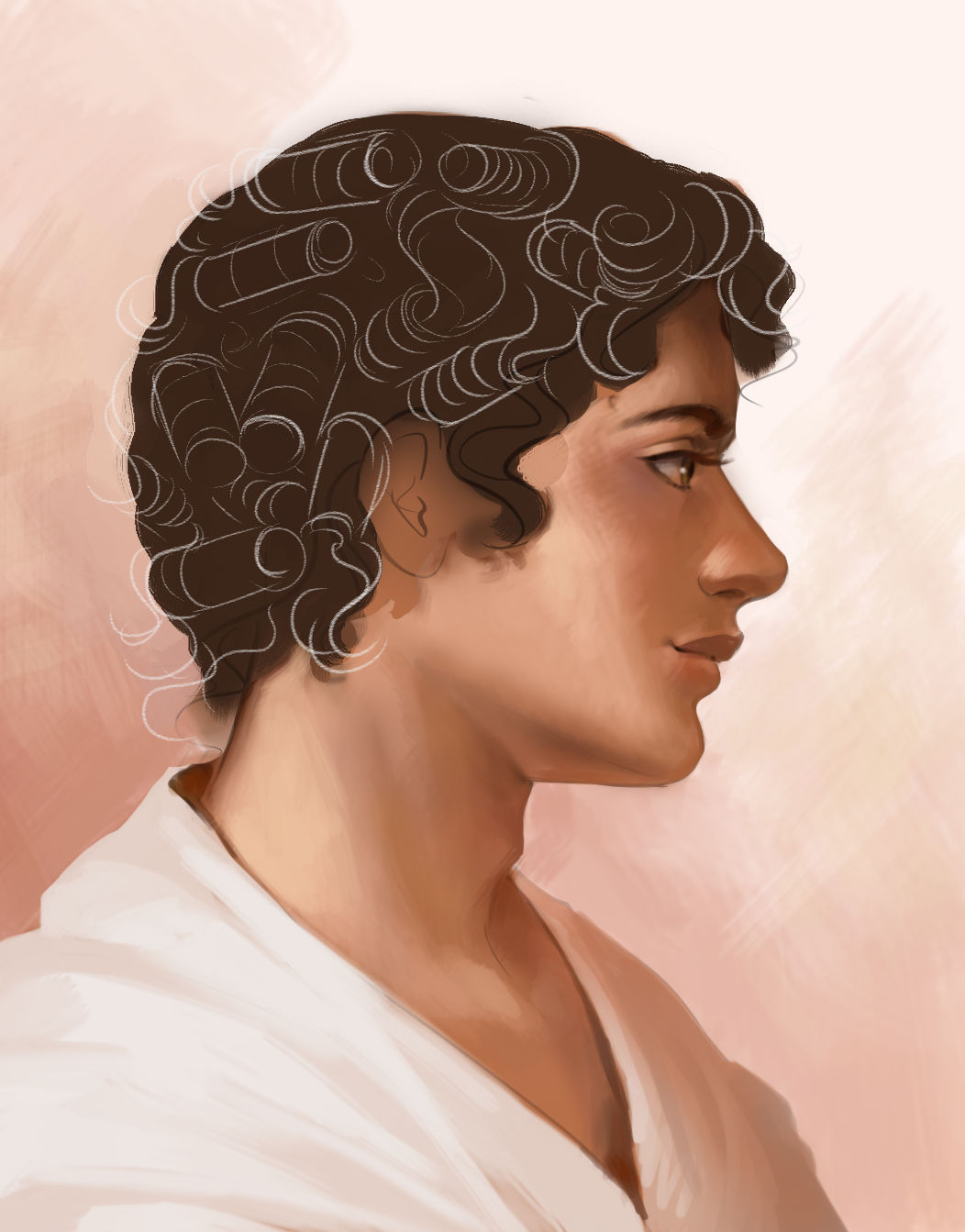 Now I use the "Flat Oil" painting brush (downloaded from https://assets.clip-studio.com/en-us/detail?id=1701386 https://assets.clip-studio.com/en-us/detail?id=1701386 ​ ) to indicate the first curly shapes with a shade lighter than the dark base.
They sit on top of the little cylinders, like highlights.
Of course we have not only neat cylinders, but several individual strands as well. 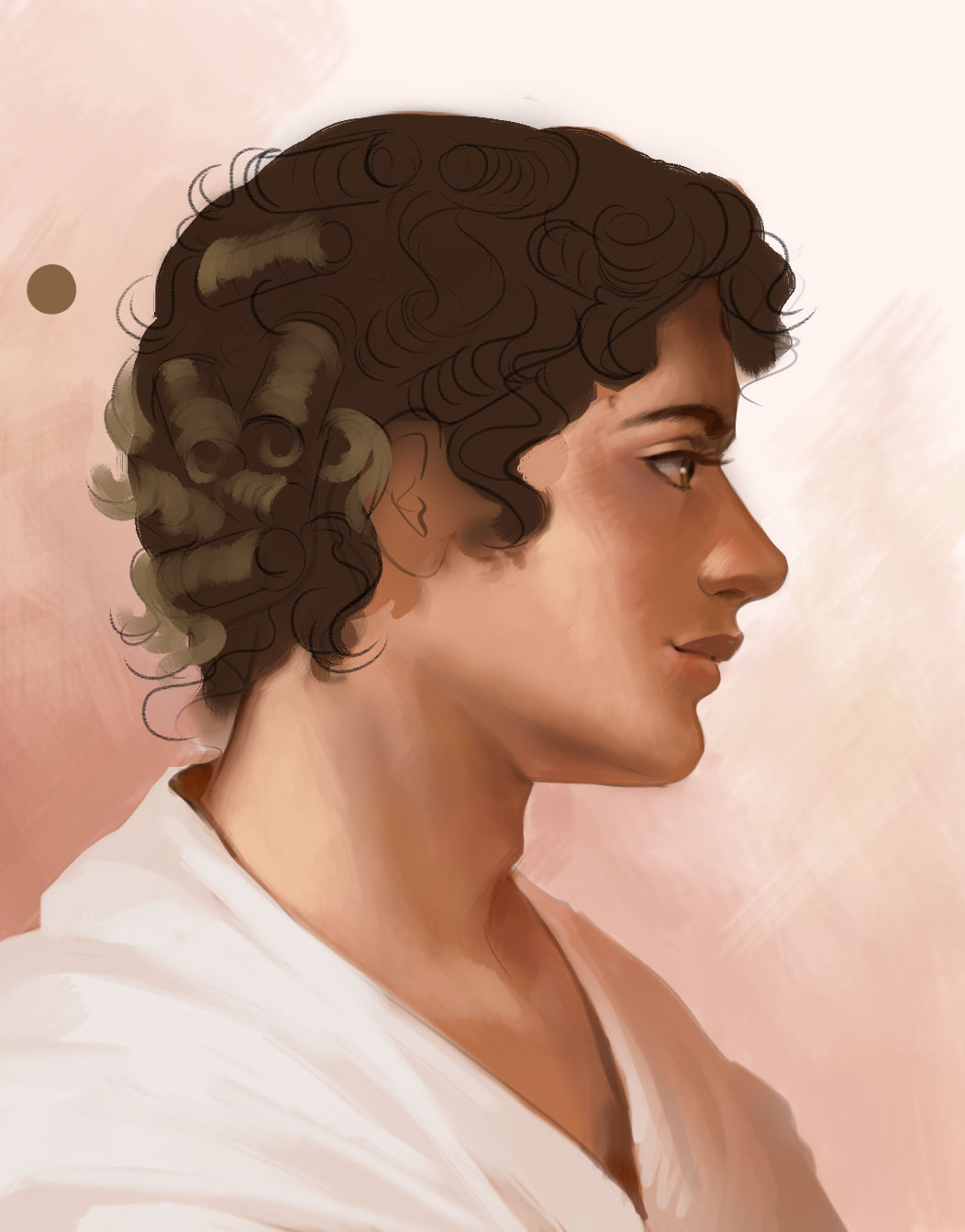 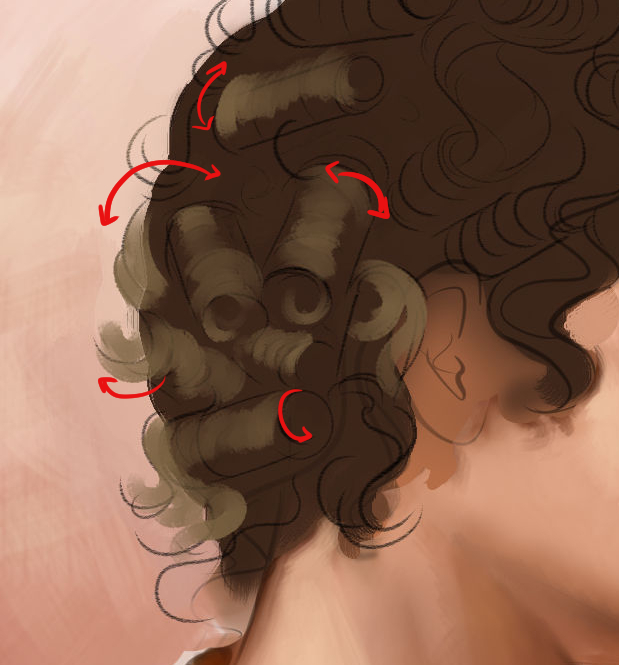 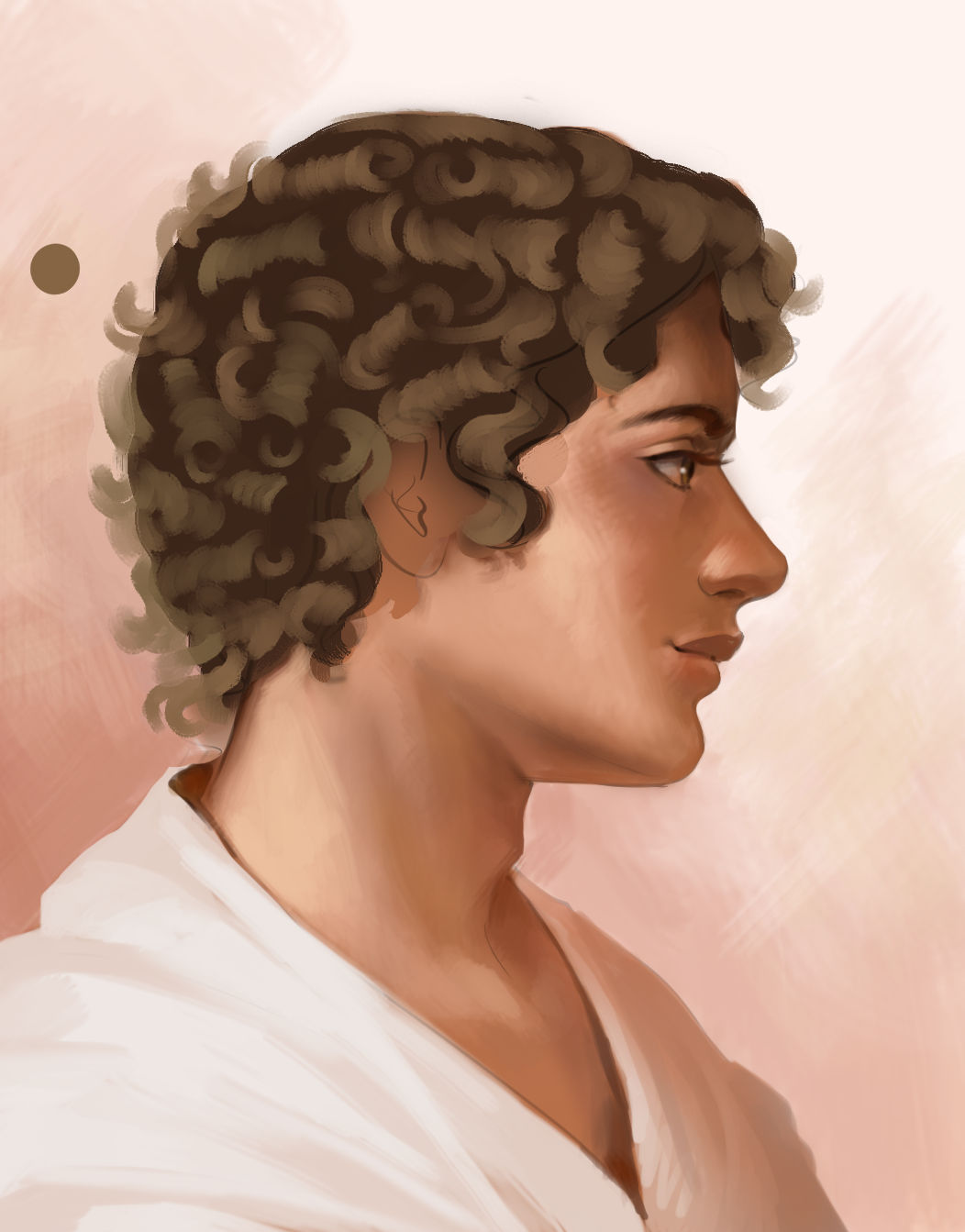 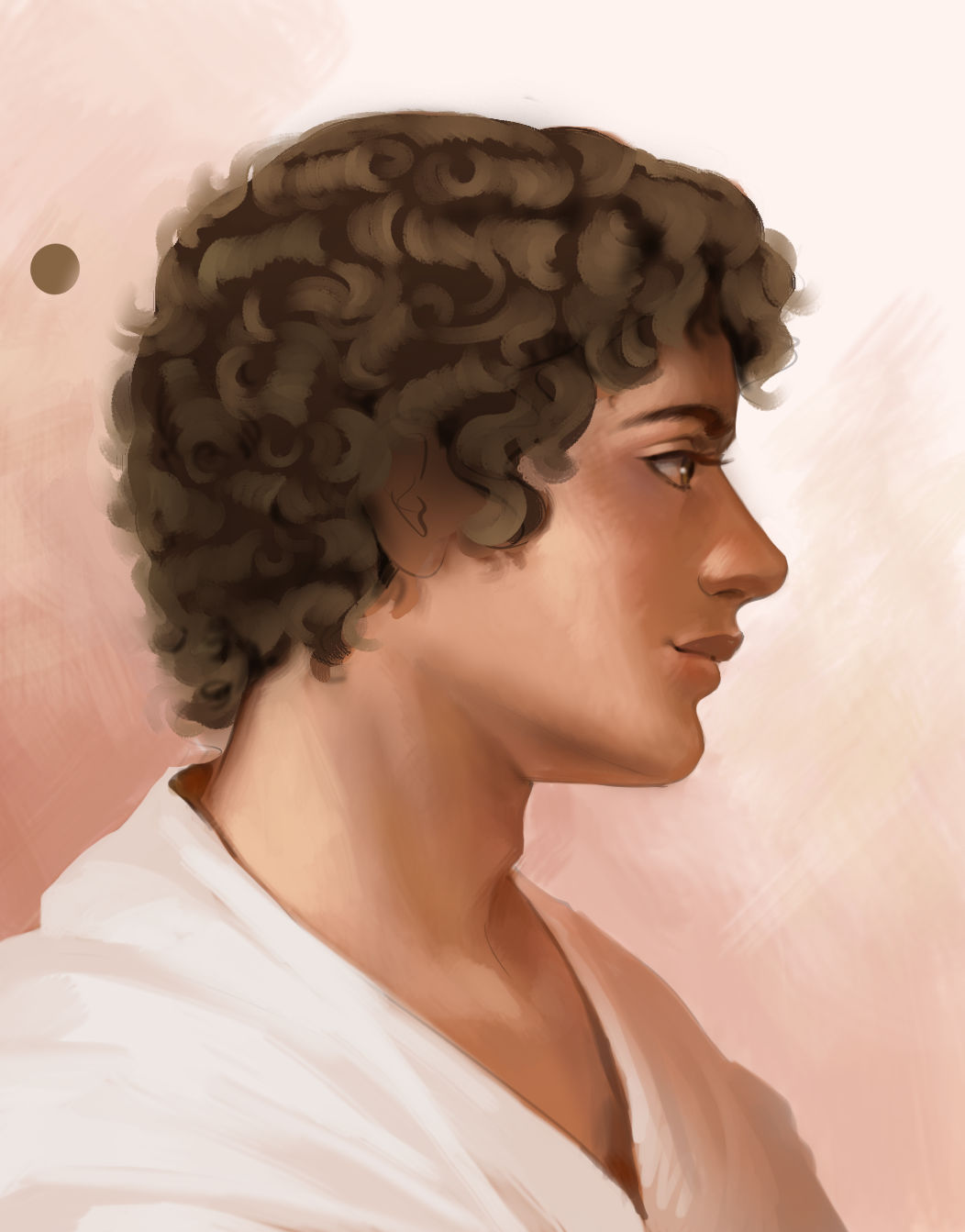 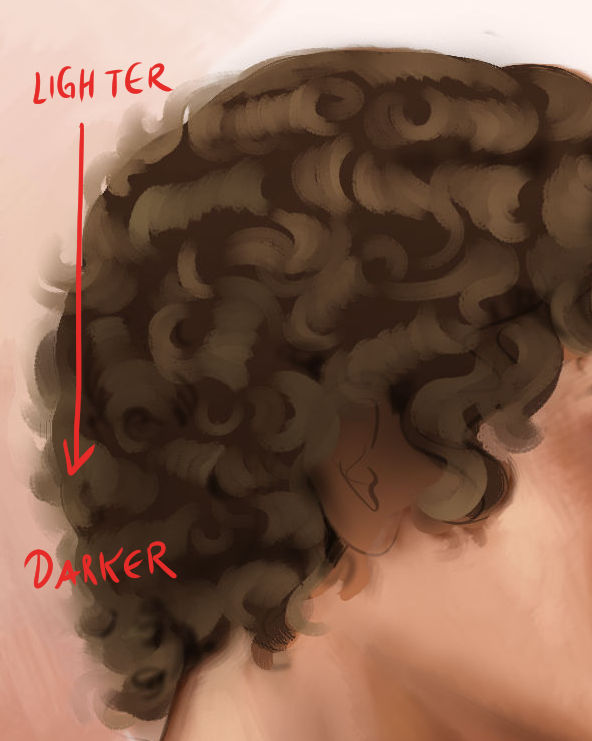 I also use a smaller dark airbrush to paint in areas of darkness.

Now we add more highlights! Focusing on the top of the head, I add several small highlights in an ochre yellow tone, using both the Flat Oil brush and the airbrush.
Be careful to use a color that isn't too bright.
Highlights that are too bright look unnatural if the light source is soft and "natural". 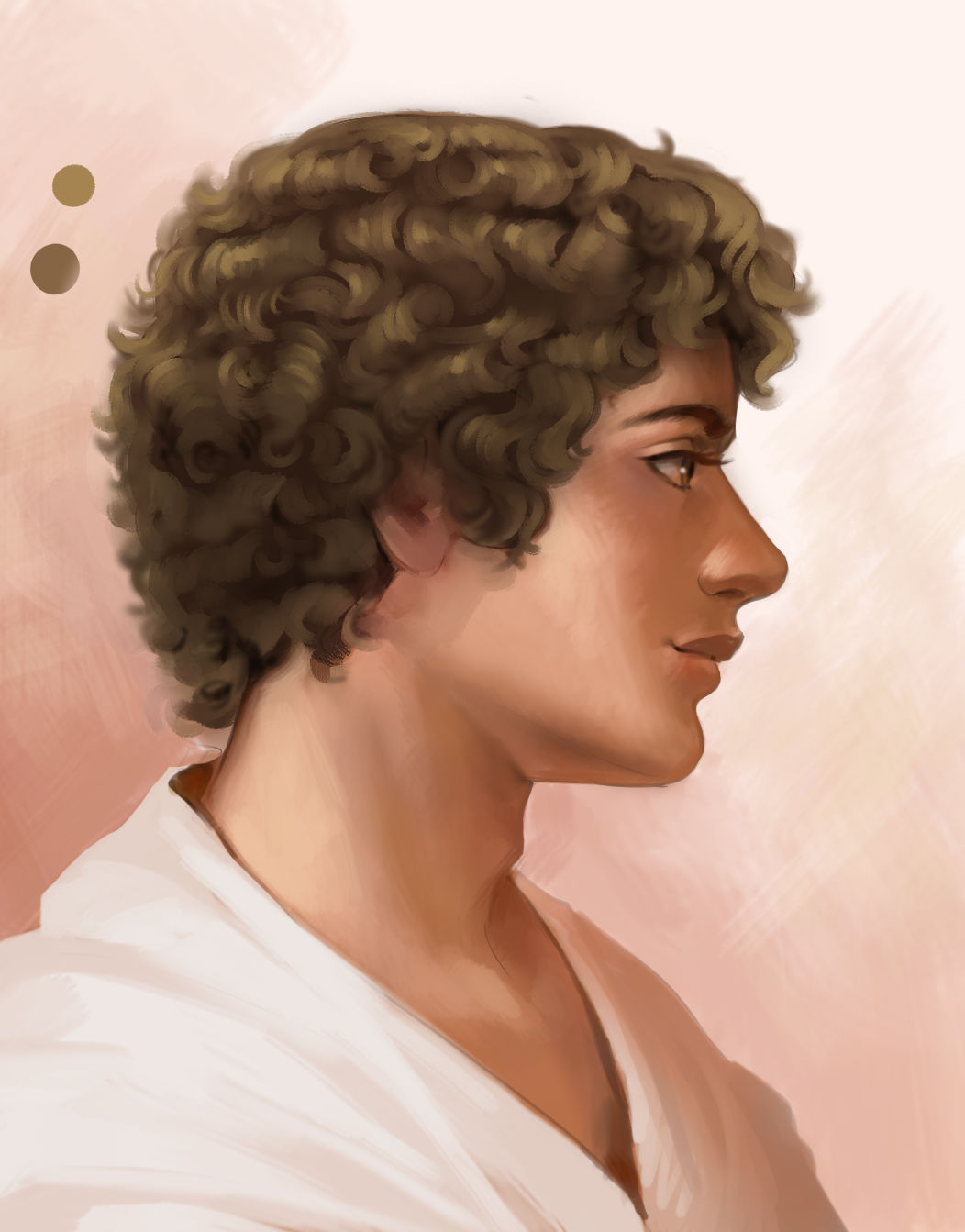 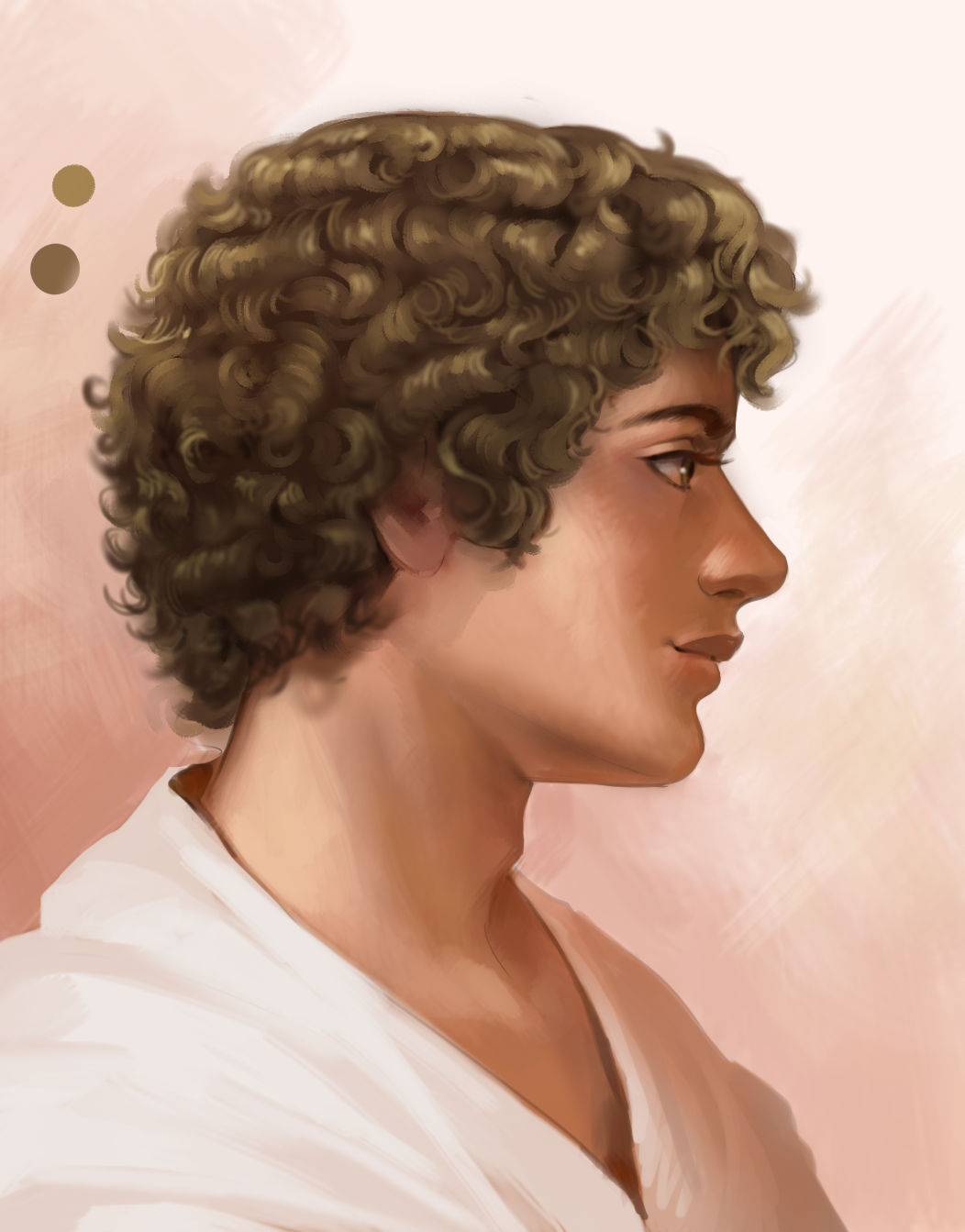 These highlights are quite strong already, I'll exaggerate a bit for the sake of demonstration ...
Now I'm adding a new "Glow Dodge" layer and very lightly airbrush a golden yellow tone on it, on the upper part of the hair: 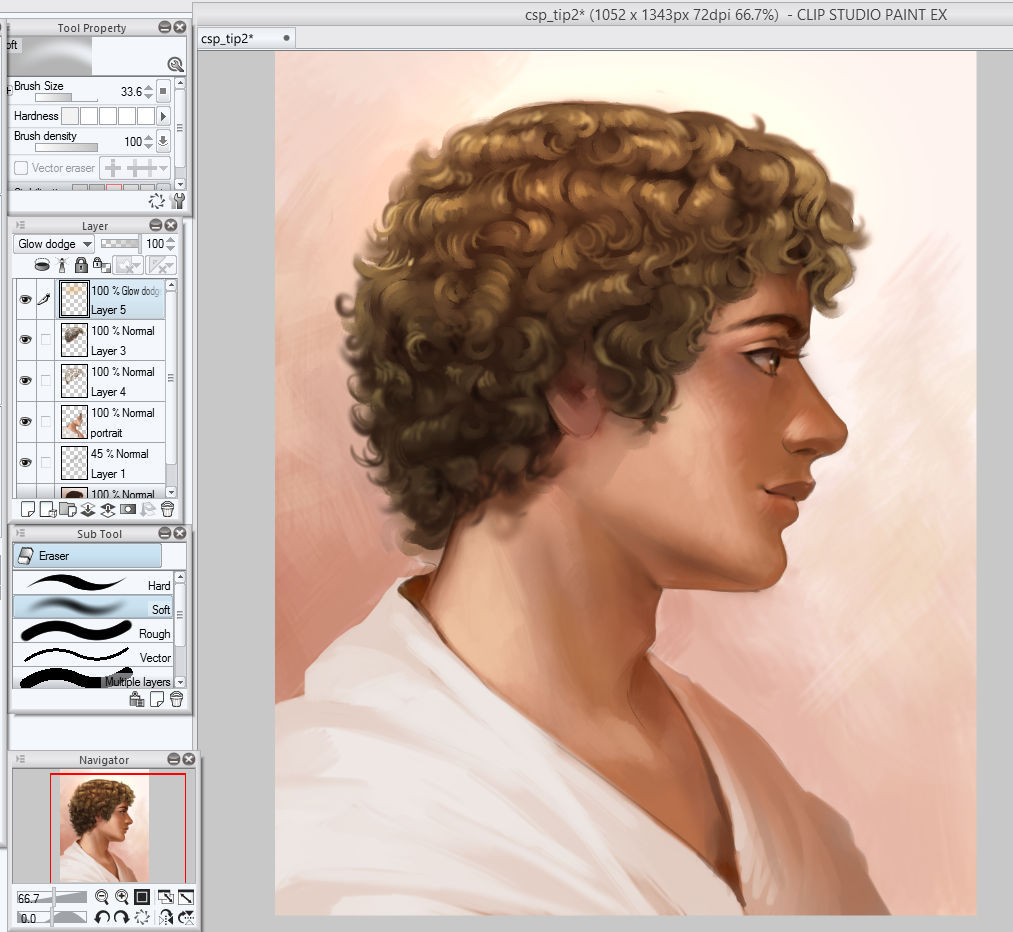 This way it acquires an otherworldly golden glow. Maybe not realistic, but pretty ;) 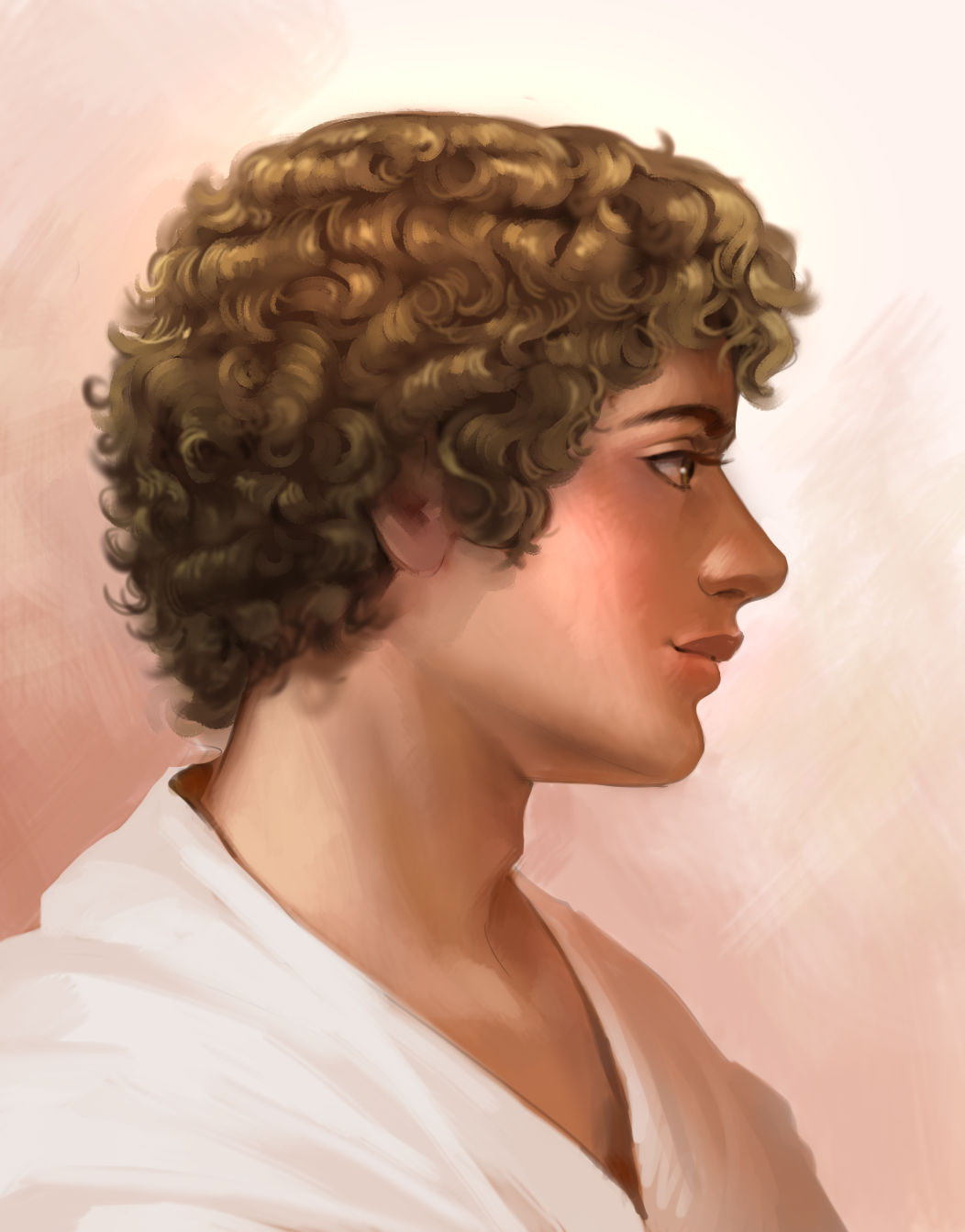 I cannot resist adding a glow to the lips and cheeks as well.
And done! :D