I’ll move on to painting the glass in the foreground.

I create a new layer folder called “glass” at the very top, then create a [Hard light] layer inside the folder to paint the reflective light of the glass. 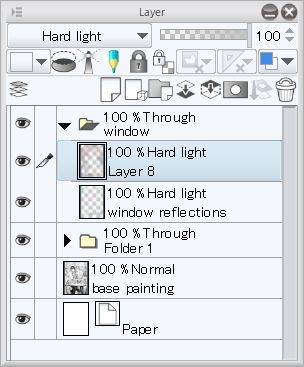 Using the perspective ruler I made when making the background in the base painting, I draw some imaginary perspective lines in red. I’ll try to paint the reflections along these lines. 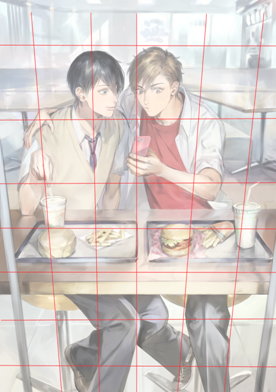 As I paint the reflections, I imagine the outside scenery such as blue sky and pavement stones reflecting onto the window. 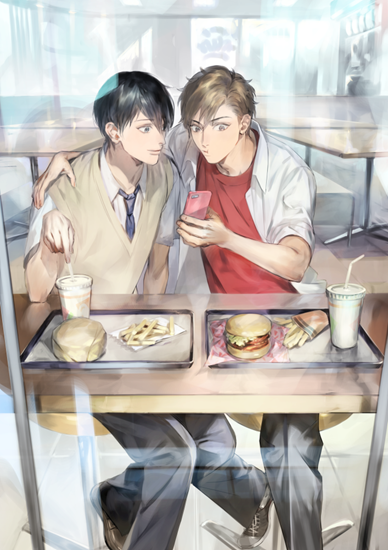 I also brighten up the characters a little more with an [Overlay] layer. 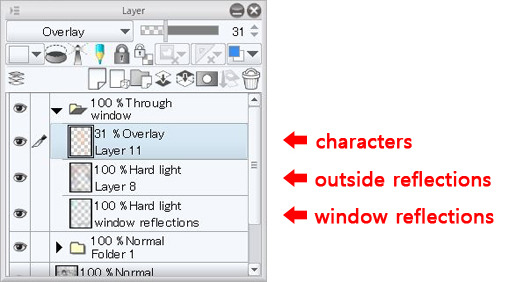 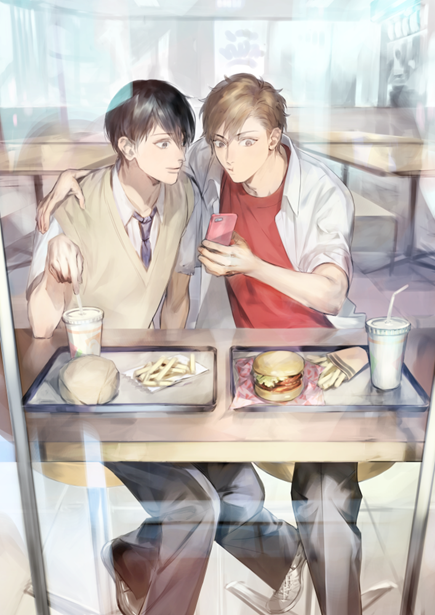 I use the [Polyline] tool to roughly select the area I want to adjust, then go to the [Layer] menu > [New Correction Layer] > [Tone Curve] to create a [Tone Curve] layer. 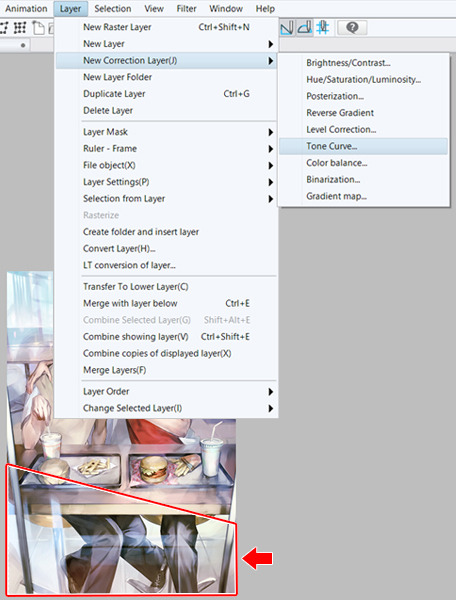 ▲ The red area is what I selected with the [Polyline] tool.

I lower the contrast and make it slightly darker.

I check the preview as I adjust the tone curve to get the balance I want. 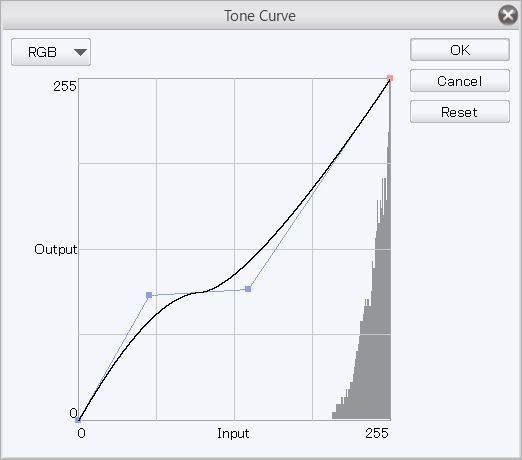 I will blur the boundary of the mask.

I click the thumbnail beside the [Tone Curve] layer to select the layer mask. A box will appear around the thumbnail when it is selected.

While selecting the layer mask, I click the mask icon at the top-right of the layer palette and select [Show Mask Area]. The mask will appear in blue. 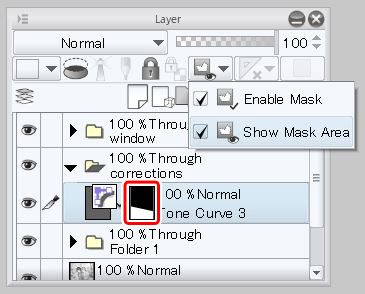 The area covered by the blue indicates where the tone curve adjustments haven’t been applied.

You can edit layer masks with drawing tools. I use the [Eraser] tool > [Soft] to blur the boundary of the mask. 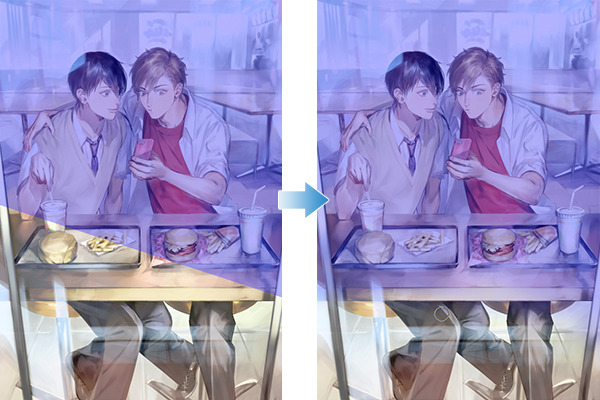 After I’ve finished blurring, I uncheck [Show Mask Area] to hide it again.

To darken the zone where I applied the tone curve corrections a little more, I make a new [Multiply] layer on top and paint some more shadows around the areas I just darkened. 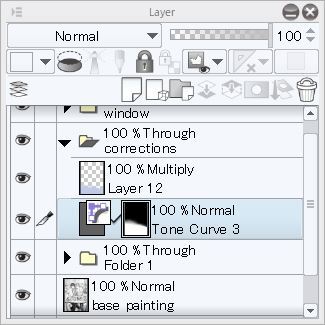 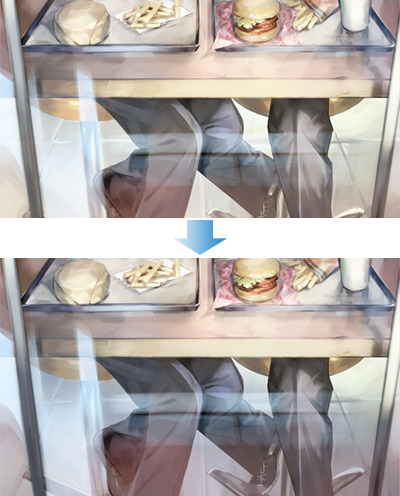 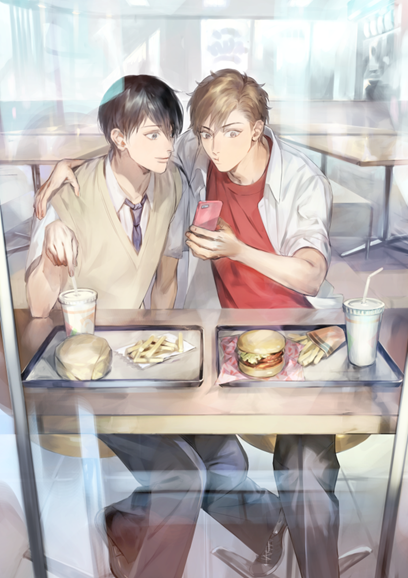 Next, I’ll add some finishing touches.