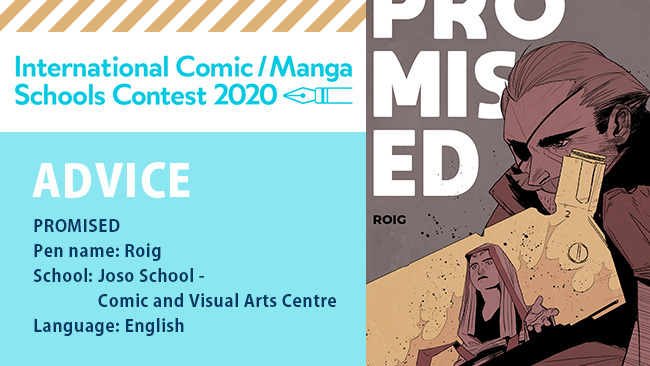 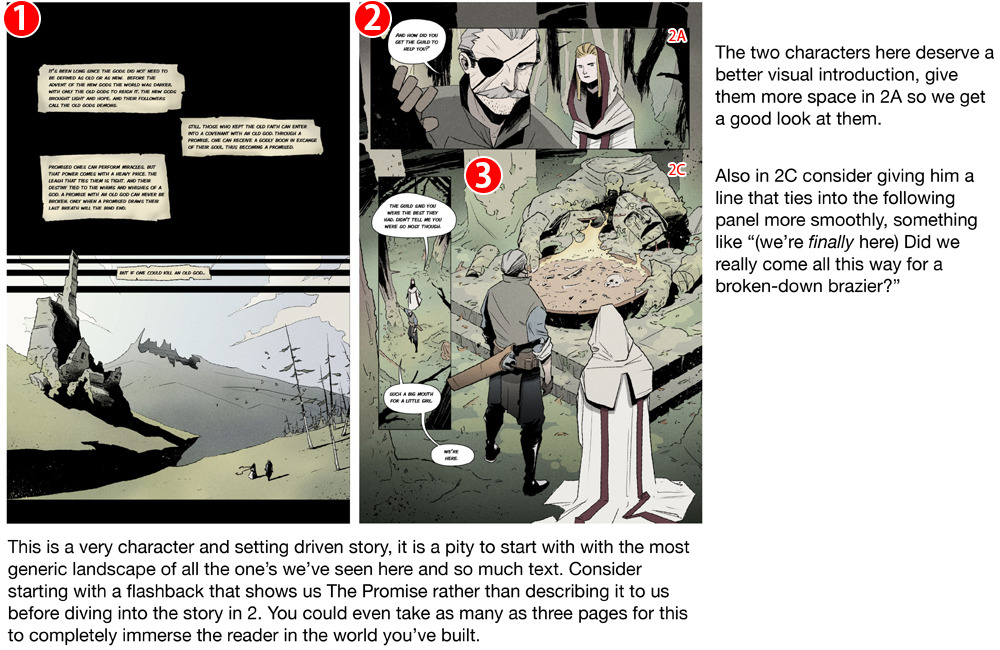 1. This is a very character and setting-driven story. It is a pity to start with the most generic landscape of all the ones we've seen here and so much text.

Consider starting with a flashback that shows us The Promise rather than describing it to us before diving into the story in 2. You could even take as many as three pages for this to completely immerse the reader in the world you've built.

2. The two characters here deserve a better visual introduction, give them more space in 2A, so we get a good look at them.

3. Also, in 2C, consider giving him a line that ties into the following panel more smoothly, something like "(we're finally here) Did we really come all this way for a broken-down brazier?" 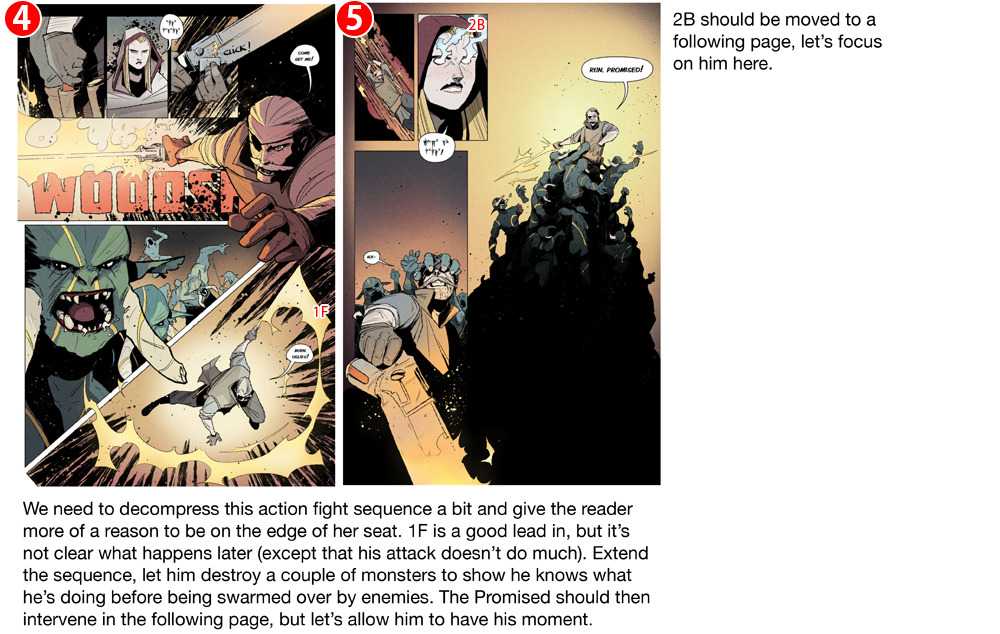 4. We need to decompress this action fight sequence a bit and give the reader more of a reason to be on the edge of her seat.

1F is a good lead-in, but it's not clear what happens later (except that his attack doesn't do much).

Extend the sequence, let him destroy a couple of monsters to show he knows what he's doing before being swarmed over by enemies. The Promised should then intervene in the following page, but let's allow him to have his moment.

5. 2B should be moved to the following page, let's focus on him here. 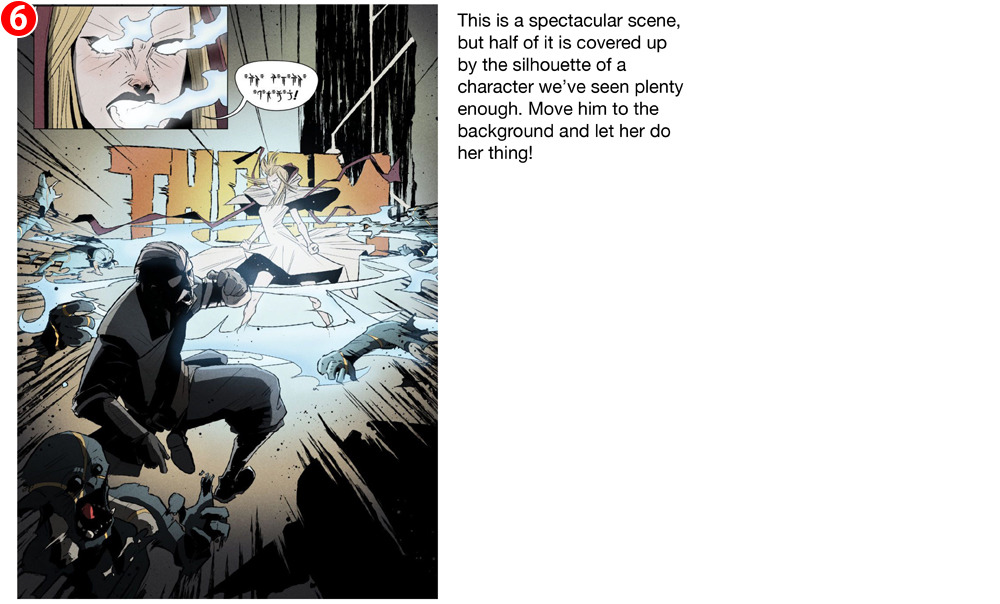 6. This is a spectacular scene, but half of it is covered up by the silhouette of a character we've seen plenty enough. Move him to the background and let her do her thing!