Next are the jewels. As the jewels are another key element of this illustration, I painted them while keeping a glittery and strong paint style in mind.

① The steps are basically the same as the character; [Shading] → [Highlights] → [Blur and adjust].

First, a new layer with its blend mode set to [Linear burn] is made, and shadows are added with the [Pen] → [G-pen].

When doing so, I keep the jewels’ cut in mind and randomize the positions of the shadows with straight lines.

② Next, a new layer with its blend mode set to [Add (Glow)] is made, and highlights are added.

Similar to the shading, contrast is added while painting. I make sure that there are parts that overlap with the shadows, and parts that out of the shadows.

③ I then adjusted the the highlight layer by lowering its opacity to 43%. The jewels are starting to look pretty good.

④ With the [Airbrush] tool → [Soft] and transparent color, the highlights are blurred, adding volume.

⑤ Next, the “Shadow” layer is adjusted. The layer is set to [Lock transparent pixel] in the [Layer] palette, and contrast is added with [Soft] and dark purples. 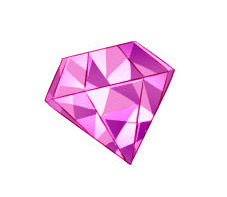 ⑥ A new layer with its blending mode set to [Linear burn] is made, and darker shades are added to the bottom and back faces of the jewels. The jewel now has a more realistic weight. 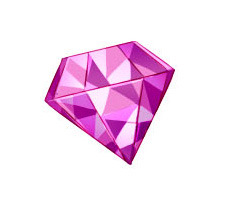 ⑦ Finally, the colors are adjusted. 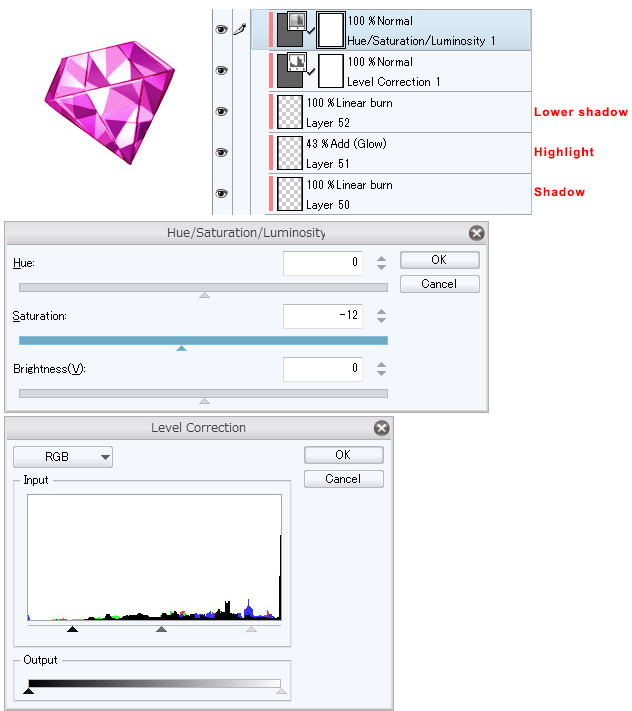 The large jewels are finished.

The small jewels are painted more simply than the large ones. On top of the base color layer, I layered shadow and highlight layers. 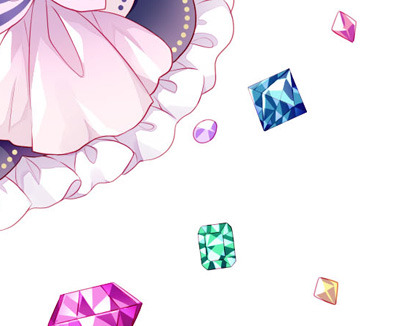 Additionally, silhouettes of small jewels were added to the background with a [G-pen]. Colors are adjusted, outlines are blurred with [Filter] menu → [Gaussian blur] to add spatial depth, and the jewels are finished. 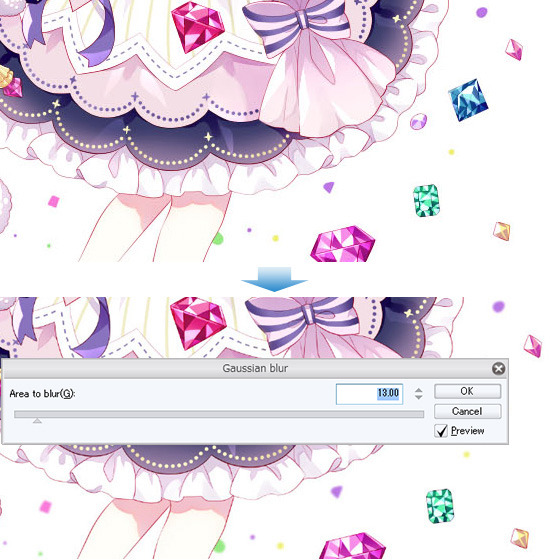