Bezier curves are made using control points (and direction points) that define the shape of the curve.

This tool is useful when you want to draw curves that are smoother than freehand curves.

In this lesson, I will explain how to use the [Quadratic Bezier].

[1] What is a quadratic Bezier curve? 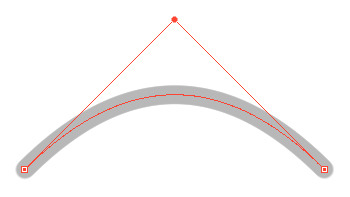 When there are only two control points (clicked in the order ① > ②), a curve will not be made. Instead, a (straight) line will connect the two points ① and ② across the shortest distance. 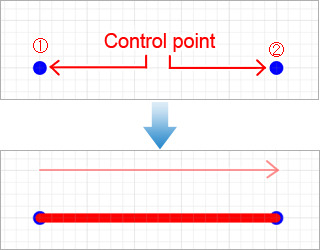 When there are three control points (clicked in the order ① > ② > ③), a curved line connecting ① and ③ will be drawn because of the effect of control point ②.

The important thing here is the direction point, which isn’t crossed by the line.

All quadratic Bezier curves consist of at least two control points and one direction point.

When the starting point ① and ending point ④ are at different positions, the points ② and ③ act as direction points that control the curve.

The direction points of a quadratic Bezier curve act like a rubber band pulling the line.

The Bezier curve is slightly confusing if you only think about it, so let’s see it in action. 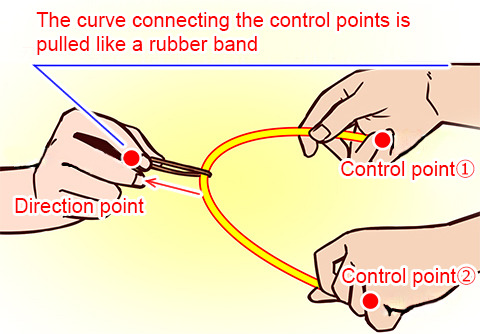 [2] How to use the quadratic Bezier tool

Select [Quadratic Bezier] from the [Curve] option of the [Tool Property] palette. 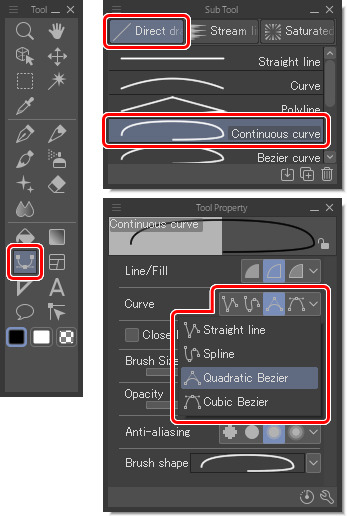 The curve preview has changed since Clip Studio Paint Ver.1.5.5. You can see the line color and width while drawing.

To revert the simplified view like in previous versions, go to the [File] menu > [Preferences] dialog box > [Tool] and turn on [Use simple display for lines being created with the figure tools].


■ How to draw a simple curve

Specify the points based on the preview of the curve.

Click the marker ② to add a direction point.

Press the [Enter] key to fix the ending point at ③. If you click in the same way as in ②, it will be set as a direction point instead of an ending point, so the shape of the curve will be different from the preview.

Note: You can also double click while holding the Alt key to set the ending point.

Hold the Alt key when making a control point to give it a sharp angle. Any points clicked while holding the Alt key will be connected with a straight line.

For instance, if the position of the ending point and starting point is the same, all the points become direction points, creating a round figure.

In this case, you can press the Alt key while selecting the final point (⑤) to form a corner at that part, resulting in a shape like a drop.

You cannot press the Alt key while selecting the first point.

If the starting and ending points are at the same position, you can press the Alt key while clicking the ending point if necessary.

This inverted curve shape looks like a speech balloon for shouting. With the quadratic Bezier curve tool, you can quickly create this kind of shape. 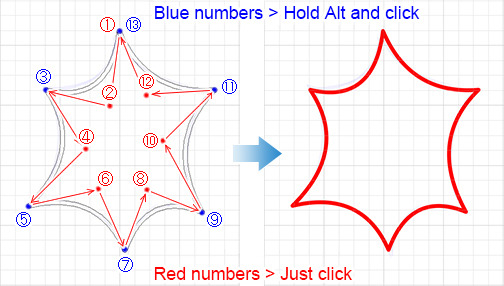 ・ Complex shapes with round corners

Prepare a rough sketch before drawing a complex shape like this star.

Draw while thinking about the starting point and the ending point of the curve.

[4] Editing on a vector layer

If you draw the line on a vector layer, you can use the [Operation] tool > [Object] to drag the direction points to change the shape of the curve afterwards. 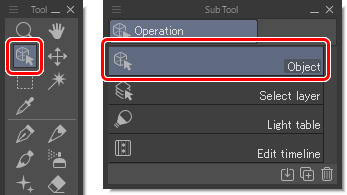 Note: For details on vector layers, refer to the following article.

When you select a vector layer using the [Object] tool, the [Tool Property] palette will switch to the following. 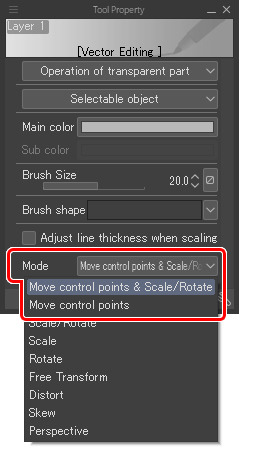 To change the curve of a drawn quadratic Bezier line, go to [Mode] and choose either [Control point and scale/rotate] or [Move control point].

Click and select the drawn vector line using the [Object] tool to display the direction points.

Drag the direction points to adjust the curve. 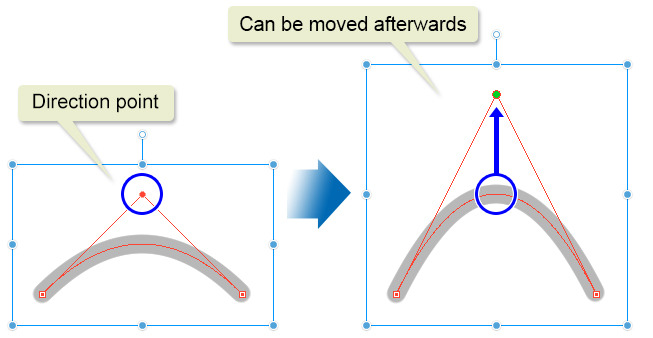 When you select the drawn line using the [Object] tool, a guideline will show around the line.

You can drag the pointer on the guideline to move the line.

In addition, you can drag the upper control point (blue circle) to change the angle.

You can also use [Copy] and [Paste] while selecting the line to duplicate it.

However, you cannot manipulate the line like if it is drawn on a raster layer.

Make sure to draw on a vector layer if you want to edit the curve.

You can also create a quadratic Bezier lines with the [Ruler] tool.

In the [Tool Property] palette, choose the [Quadratic Bezier] icon in the [Curve] option to create a ruler for a quadratic Bezier curve. 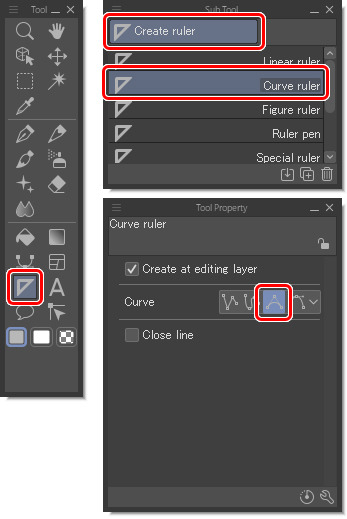 You can use the [Object] sub tool to edit the line afterwards in the same way as continuous curves drawn on vector layers. 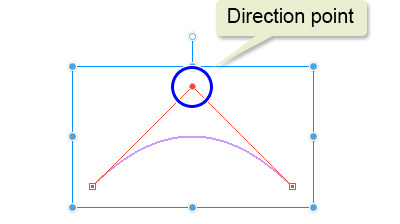 The advantage of making a curve with the ruler is that you can draw a curve using any tool you want afterwards.

This technique is useful when you want to express the width or color of the line with the [Pencil], [Brush], or [Watercolor] tool instead of the [Pen] tool.

When you create a ruler using the [Curve ruler], by default it does not snap to grids.

Click the display [Sub Tool Detail] button at the bottom right of the [Tool Property] palette to open [Sub Tool Detail] palette. Then go to the [Correction] category and turn on [Able to snap] to make the ruler tool snap to grids. 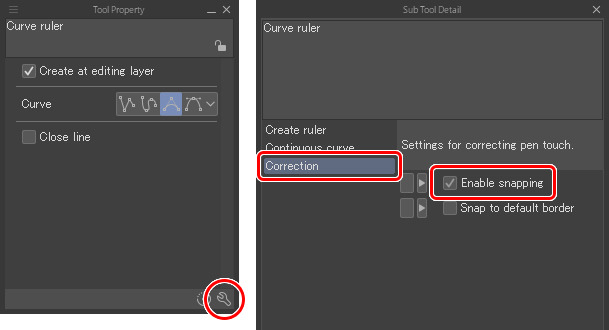