Adding glow can really make a piece stand out. It’s great for adding light and color, and it can also add a sense of magic.

There are two ways to add glow. The first is changing the layer settings to Add (Glow). 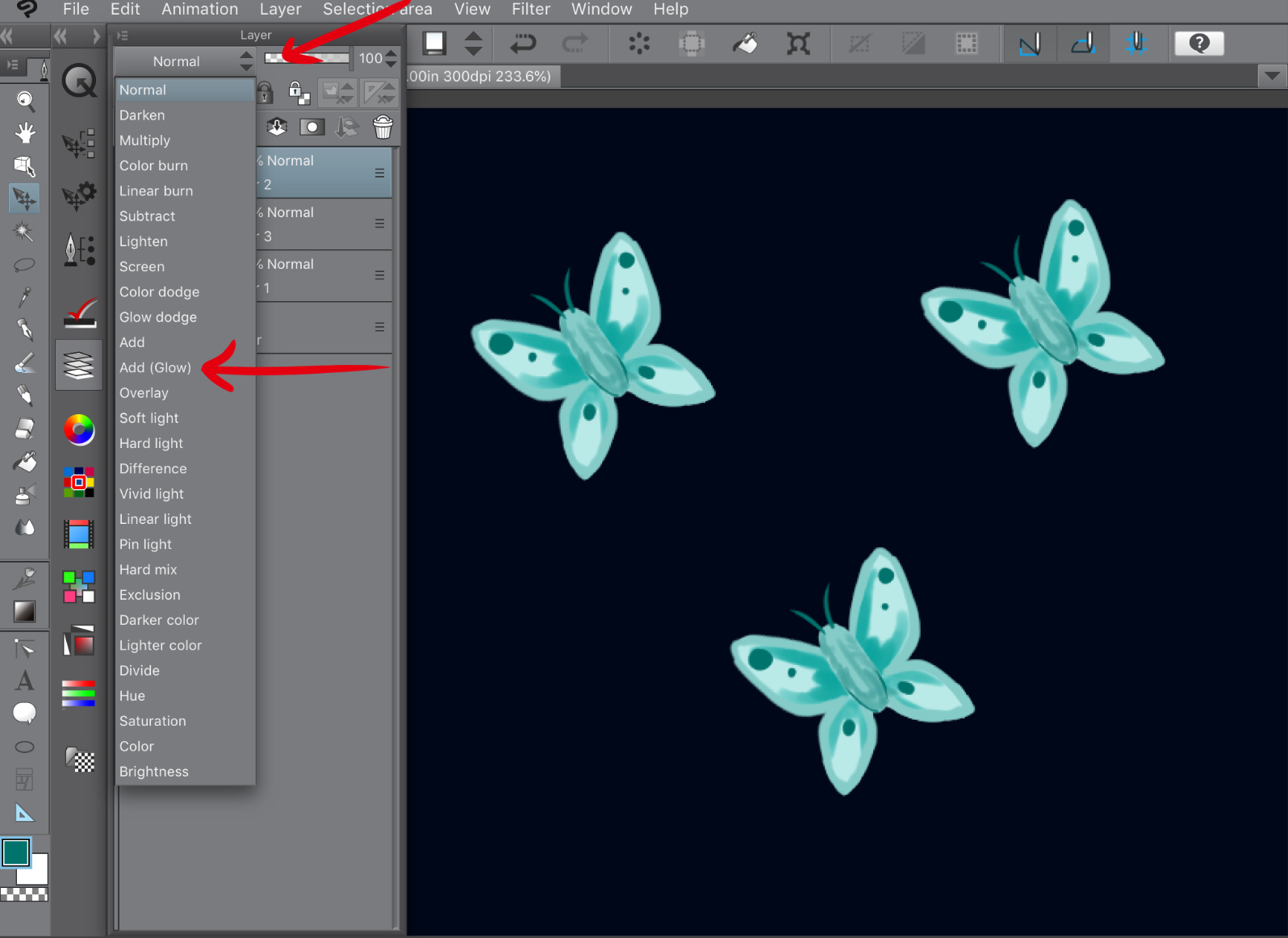 The second is changing the blending mode on the brush you are using. The blending mode is the same as with the layer, Add (Glow)
This only works with a select few brushes, including the airbrushes, decoration sub tools, and markers. 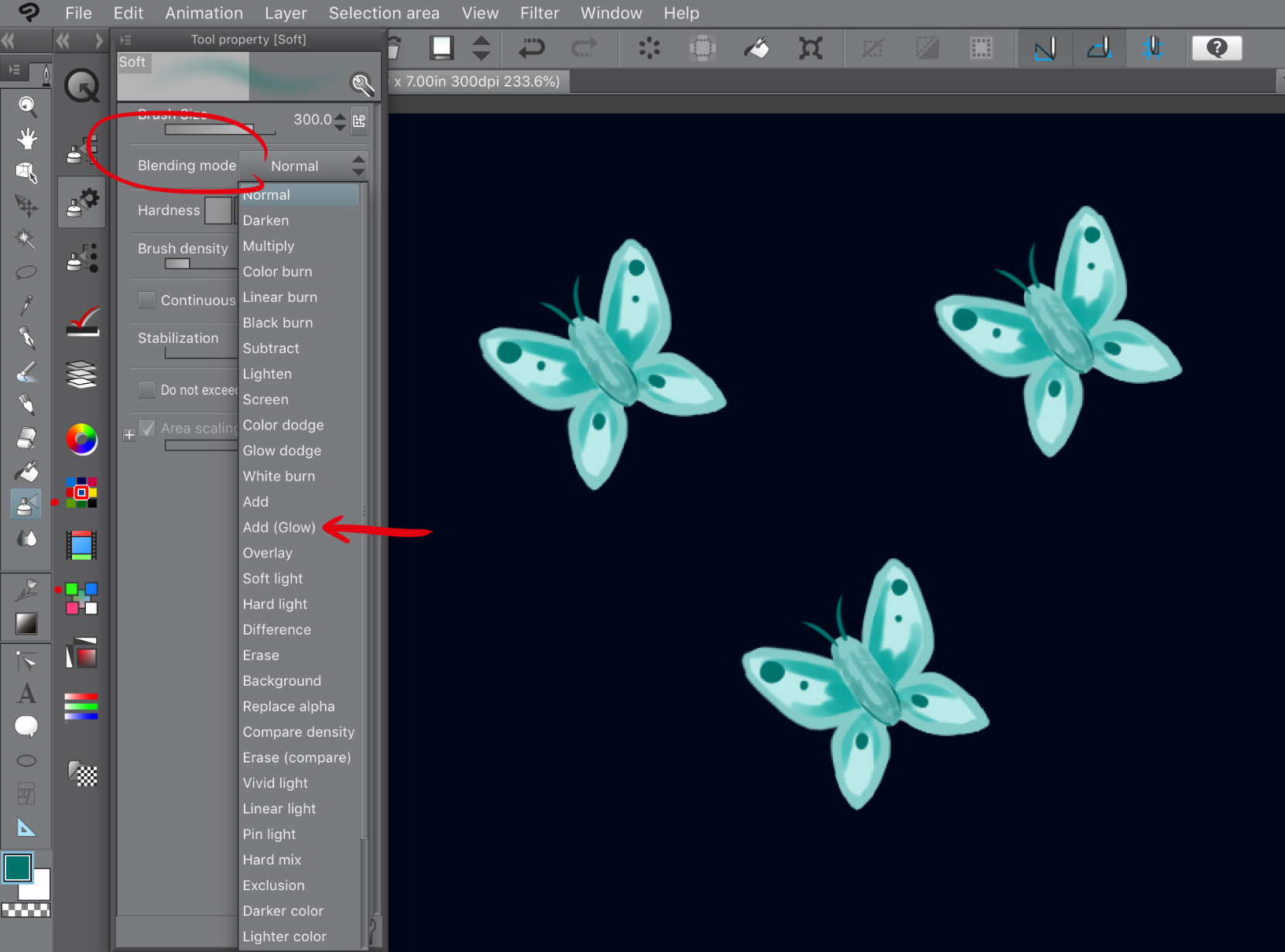 Everything you see here is done using a glow layer.

For the best glow, you’ll want to use a color that’s lighter than the base. I used the circled set of blues for the butterfly and the lightest one for the glow. 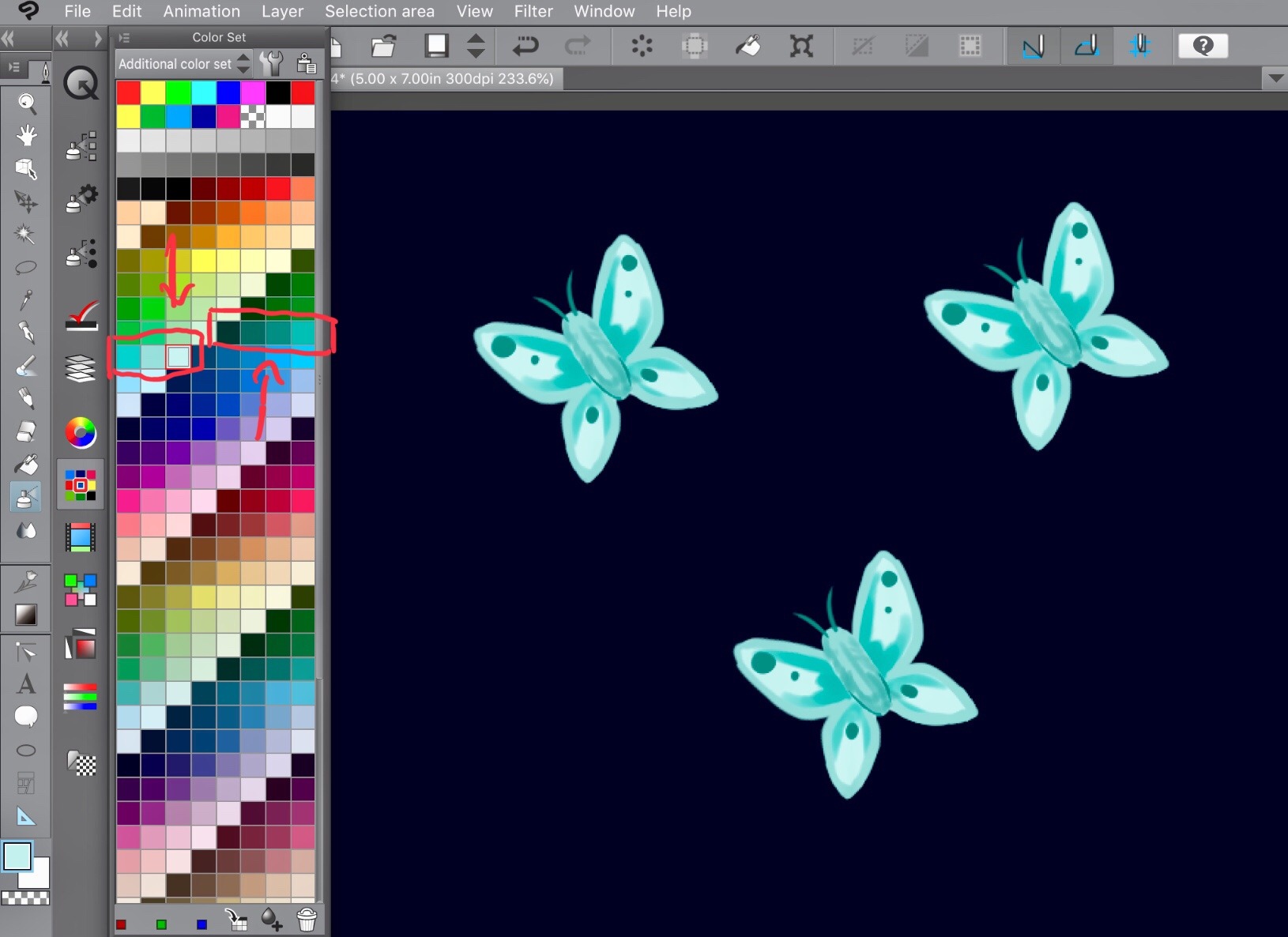 Using the soft airbrush, paint over the image and a little around, going softer as you go out. The heavier you paint with the glow in an area, the brighter it becomes.

Below you’ll see a comparison between using a lighter color (right) and plain white (left). Both were airbrushed softly. The white falls flat, while the blue looks like the butterfly is actually giving off light. 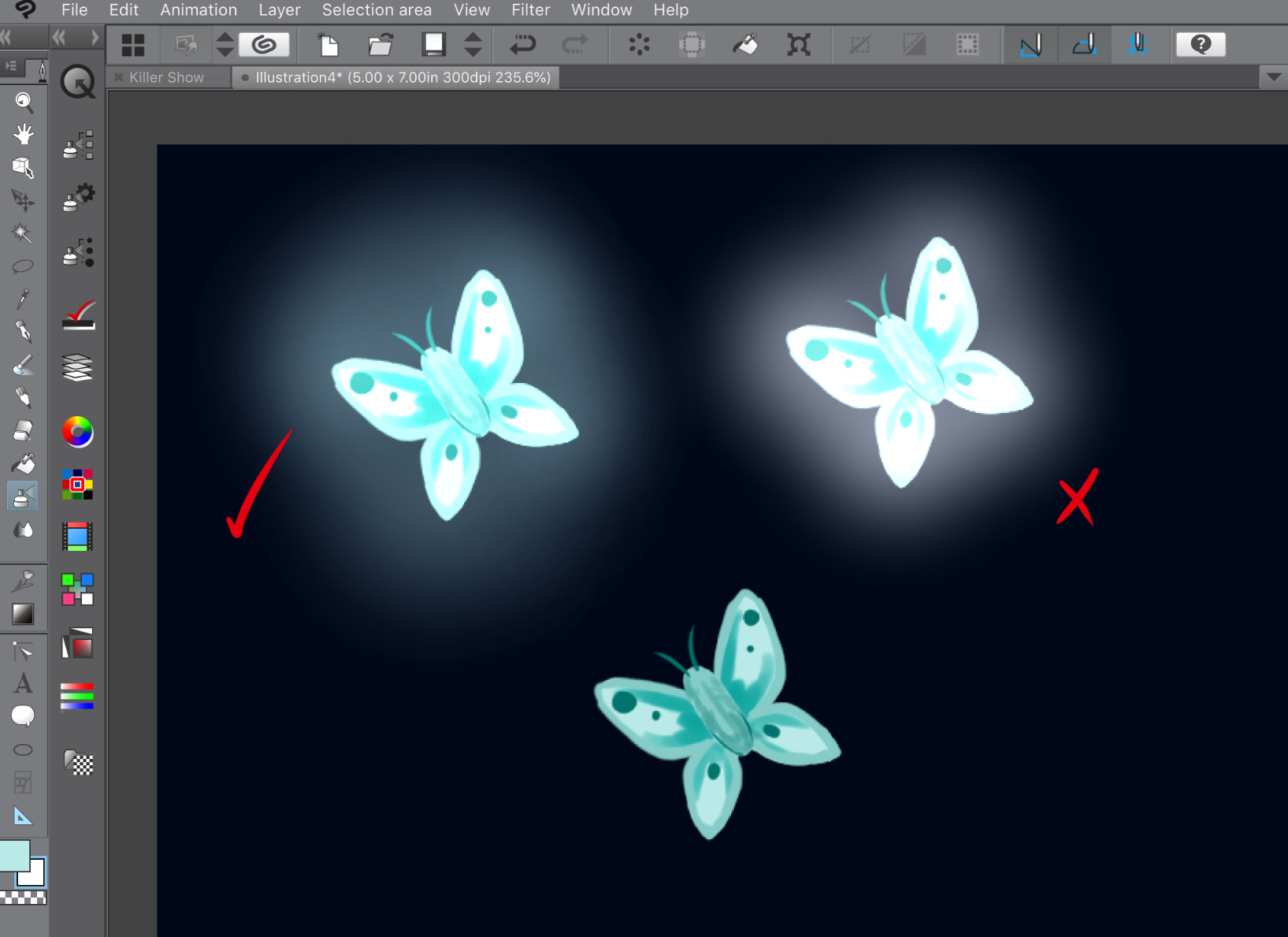 You can also airbrush color underneath the image. I find that this makes the light more intense. I did this on the bottom most butterfly. 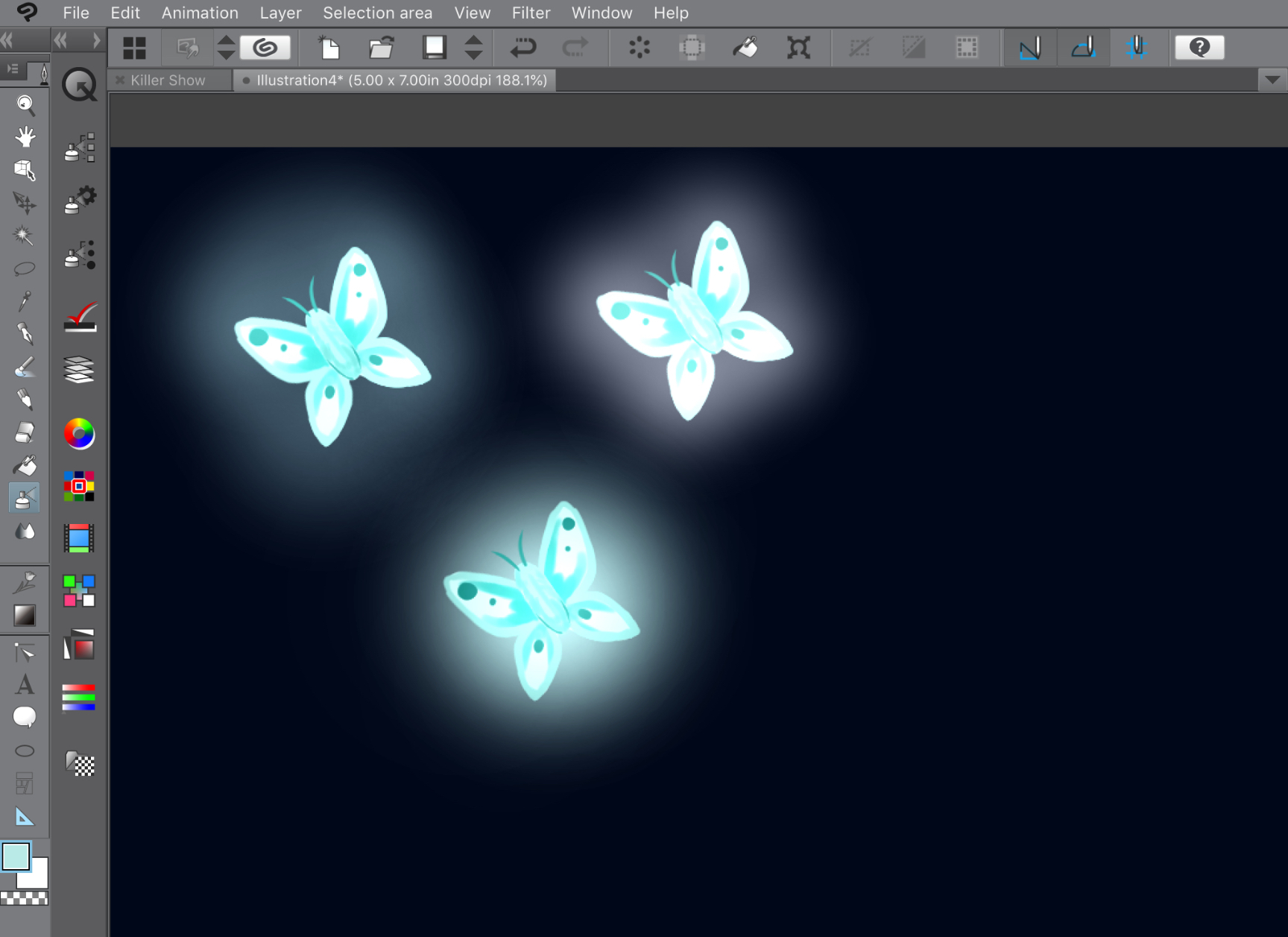