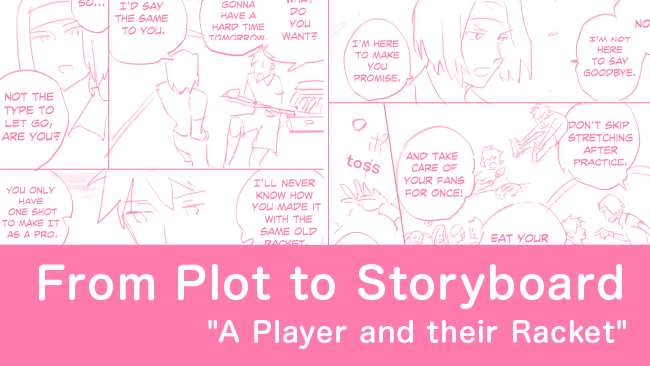 In this series, we explain the process of creating the theme storyboards for the Storyboard Category of Clip Studio Paint’s International Comic/Manga School Contest 2020.

Click here for the previous article where we explained how we made the plot. It has a video covering the process as well.

In this article, I'll walk you through a step-by-step thought process of how to create storyboards out of a plot you've created. The instructions for making a storyboard in this article are basic, and can also be used when making a longer works, such as a 32-page story.

First, please read the clean storyboards. The theme is “promise.” 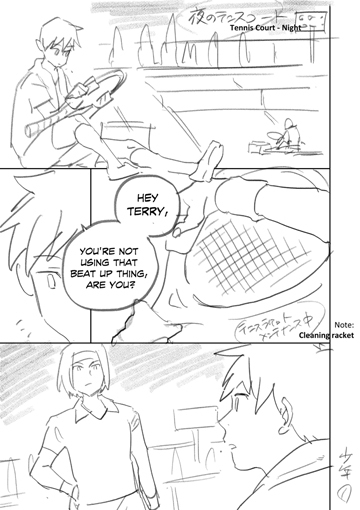 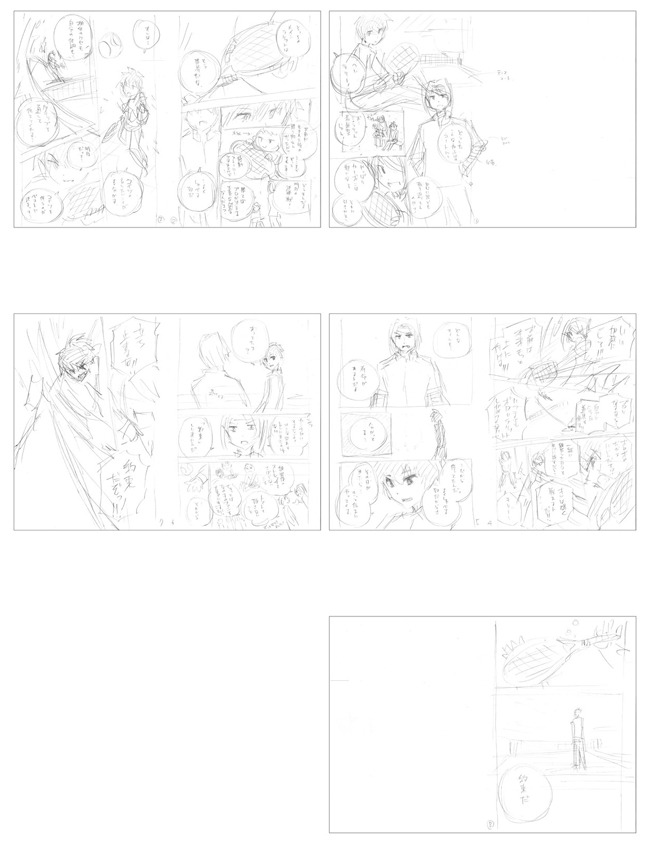 In creating the storyboard plot, we talked about how the focus of the Shonen manga version was how a good promise evokes emotion and the element of surprise.

In the Shojo manga version, which I'll introduce next time, we focused on the promise fulfillment and catharsis.

Let’s consider how to distribute the whole plot amongst all eight pages.

First, let's focus on the latter half of the comic.

This time, I wanted to stress the element of surprise, so on the sixth page, I set the reveal that the man who looks like he is his partner, is actually his racket.

There are two possible development options for this pattern.

● A pattern that makes the reader realize that the man was actually a racket after making a promise.

● The pattern of making a promise after the reader realizes that the partner is a racket.

Since the theme is Promise, I chose the latter to show how a good promise can strongly evoke emotion.

Distributing the plot to the beginning and middle of the book

The middle part of the story depicts the conflict between the characters. In this case, "the one who wants to keep using the racket" and "the one who wants the racket to be thrown away.”. Even here, a verbal quarrel doesn't paint a good picture. Since the subject is tennis, the idea is to let them rally, or shot a ball back and forth, while arguing with each other.

This is expressed by the last frame on the third page. Convey to the reader that the protagonist wants to continue using their racket with dialogue such as "I decided that I would continue using this racket..." This will be the turning point of the eight-page storyboard.

After the confrontation, the 5th page is the part where the protagonist’s true feelings are exposed. In an 8-page manga, there's no room for deep emotion. So I'm going to tell my readers just one new fact: The protagonist knew everything all along.

Now that you've made it this far, go back to the beginning and think about the first page. The first page of a manga has the important role of conveying essential stage, environment and character information. A quiet introduction doesn't usually make for a good illustration, so I originally considered starting off with a scene of the two characters having a rally. But if we did that...

● Since the middle was also set to be a rally, it would just become a continuous rally.

● It's hard to understand the relationship between the two.

● It doesn't bring out the bittersweet internal struggle of reminiscing about a crumbling racket.

...and because of these disadvantages, I went with the quiet story introduction.

The first page has now been decided. With this, the arrangement of all 8 pages has been established.

Divide frames and create a storyboard

After distributing the plot to each page, we then decide which part of each page will be the visual focus. Then, the rest of the page is constructed around this central frame to create the storyboard.

From here on, we'll focus on the difference between a rough storyboard and a final storyboard.

When we brushed up the storyboard, we focused on making it easy to understand.

I knew that it would be challenging to convey to the reader that the rally opponent was a racket and that it would be hard to tell the reader, so I had someone else review the storyboards that could objectively correct them. (It’s important to get some objectivity into your work so show it to others and explain what you are trying to convey.)

Note: Where to show strongly as a picture

Please take a look at how the frame layout changed between the rough and the clean storyboard. The differences in how they are presented show where I wanted to make them look more appealing.

On the left is my clean storyboard, and on the right is my rough storyboard. 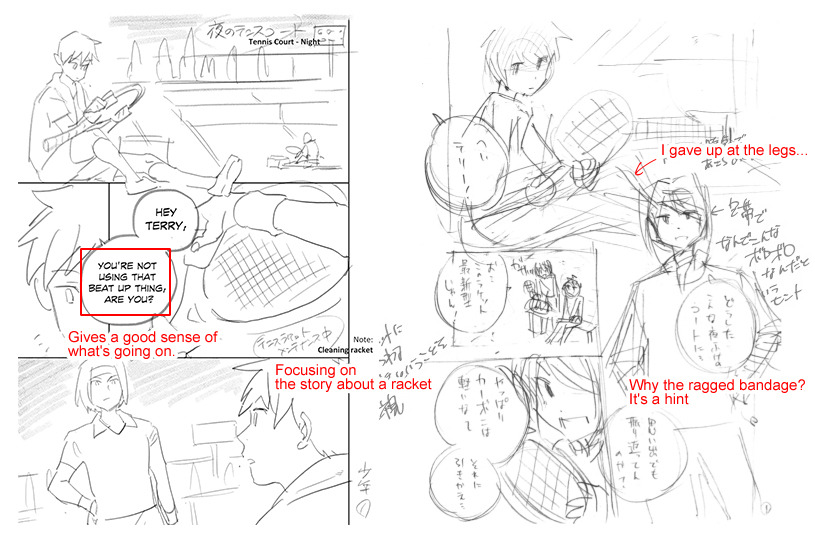 I feel that it has been cleanly written and conveys the overall situation well. 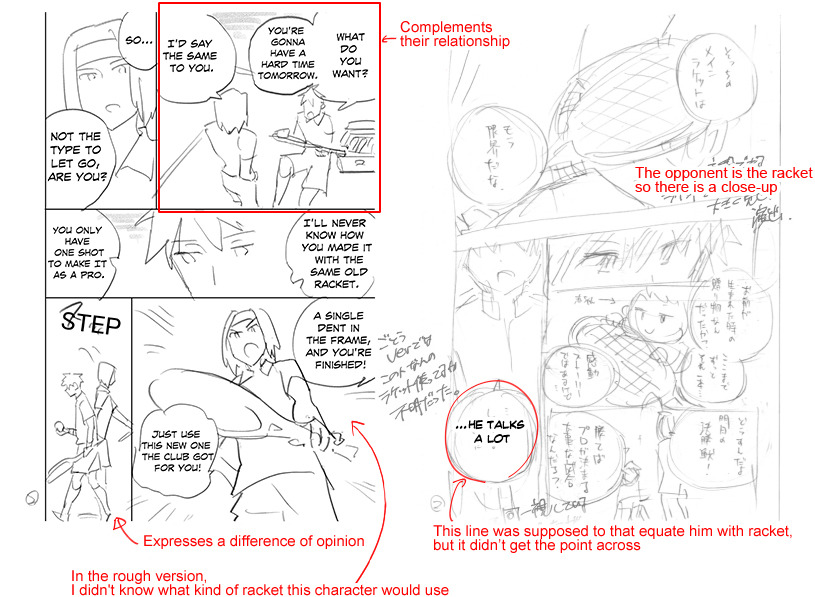 In the rough storyboard on the right, the frame that captures the front of the protagonist has been changed in the clean storyboard on the left. Depending on whether or not the character's face is captured head-on, and the way it is shown, the impression on the reader is slightly different. The reader's feelings can be superimposed on the protagonist, or the reader can look at the protagonist and imagine how they feel. It's interesting to see the difference here with just a little bit of a style change. 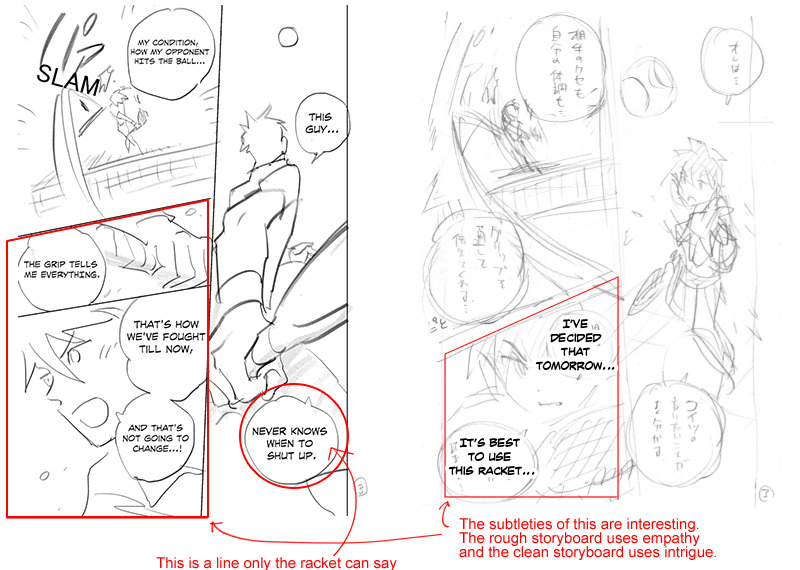 The back and forth rally continues. 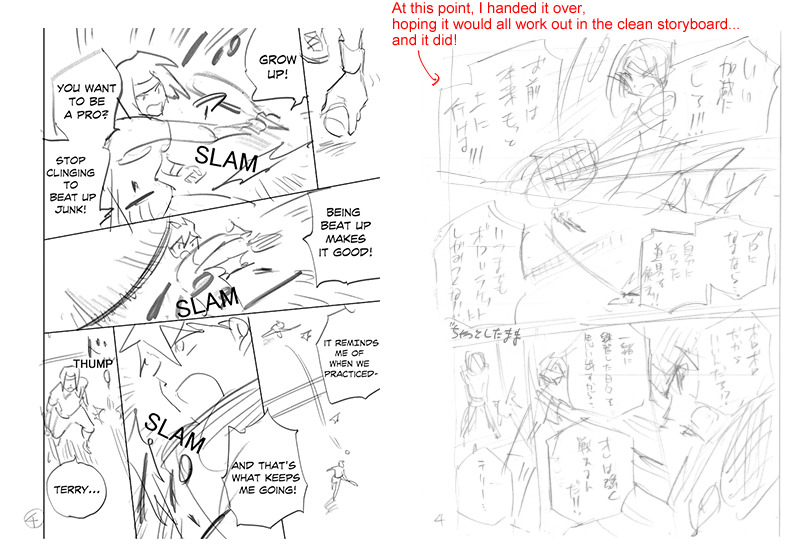 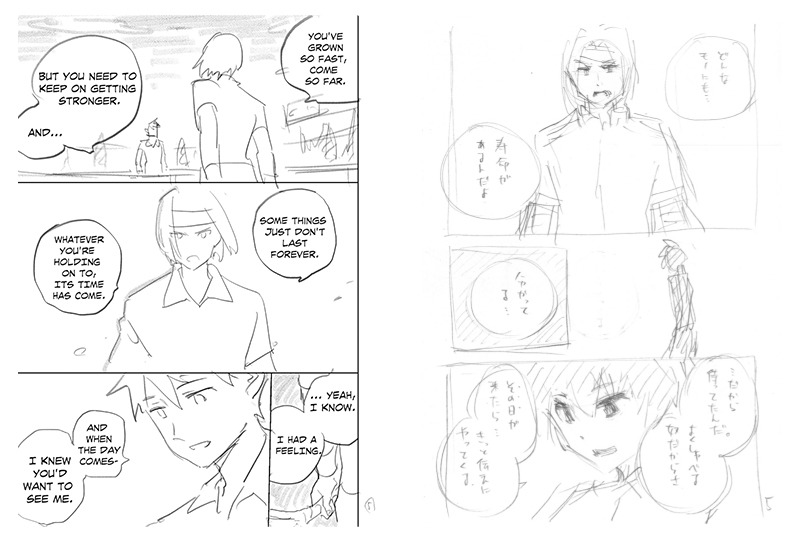 The sixth page brings in the “element of surprise.” 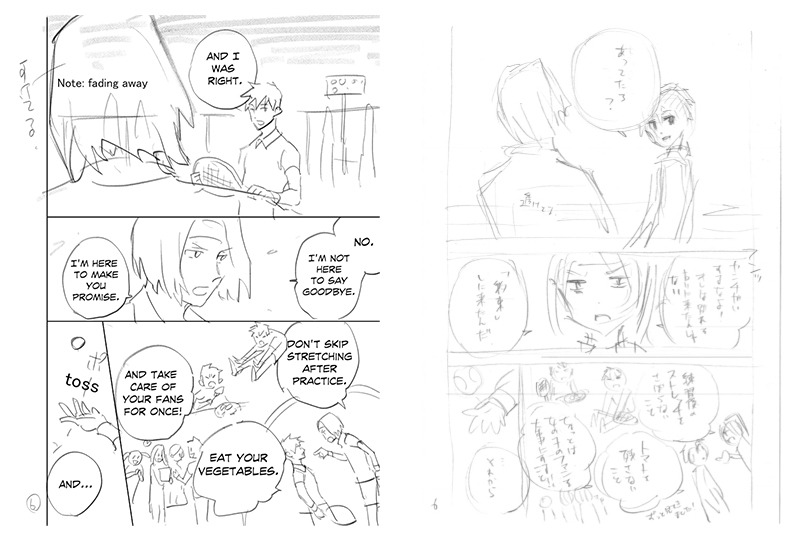 The clean storyboard (left) uses the expression of movement to create a riveting scene. These differences in the final version depend on how the artist has built up each scene so far. 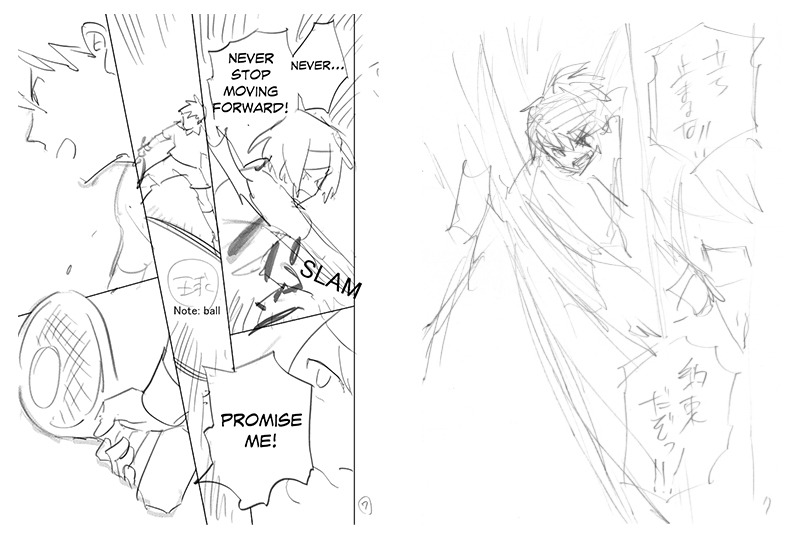 I debated over whether or not to show any facial expressions at the end of this storyboard (left). 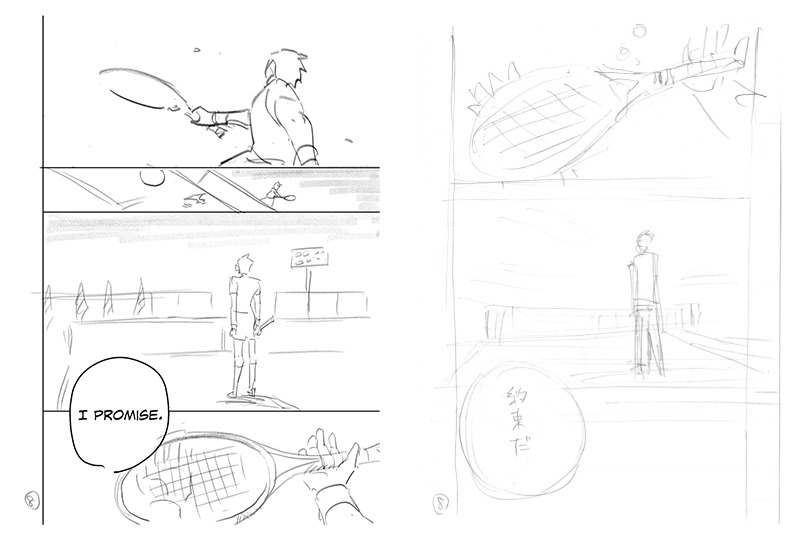 In this issue, we talked about how to distribute plot and break up pages into panels. I hope this will help you to make your own storyboard.

One last thing I would like to tell you is that it is most important to take this knowledge and try it out for yourself.

It's the same as driving school. After the instructor shows you how to drive, you somehow feel like you can do it too. But you won't be able to move the car until you actually get behind the wheel and press the accelerator.

I hope you will try to practice it with your own storyboard.

The Tokyo Name Tank Storyboard Courses and the Manga Encouragement Society are just places to put it into practice. Each of them has learned how to storyboard using their current abilities. We'll be waiting for you!

You can also watch a video explaining the contents of this article.

How to Create a Story #3 by ClipStudioOfficial