This time I’ll add some effects to my illustration.

I draw in some lighting effects and make the characters seem more present.

First, I create a layer folder called “ef” for the effects.

I use the same method as in part 2 to create a selection area from the line art and then go to the [Layer] palette > [Create layer mask] to add a layer mask. 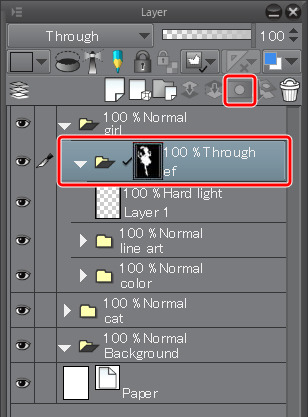 I make a new layer in the “ef” layer folder and set the blending mode to [Hard light].

On this layer, I’ll paint the back leg and the back of the torso in a deeper turquoise. 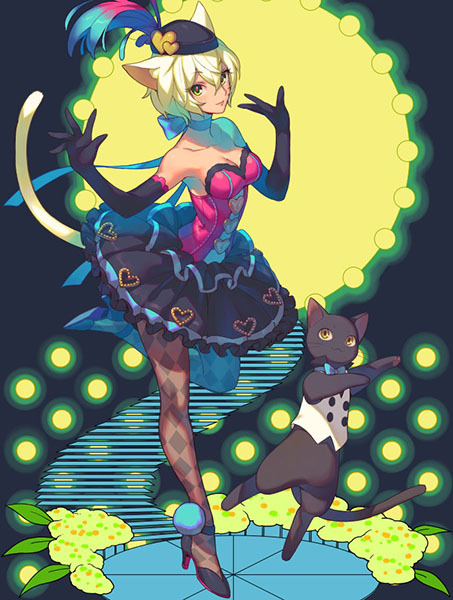 I originally use a color that stands out a lot, but the blue is too strong so I go to the [Edit] menu > [Tonal Correction] > [Hue/Saturation/Luminosity] to lower the saturation and increase the brightness. 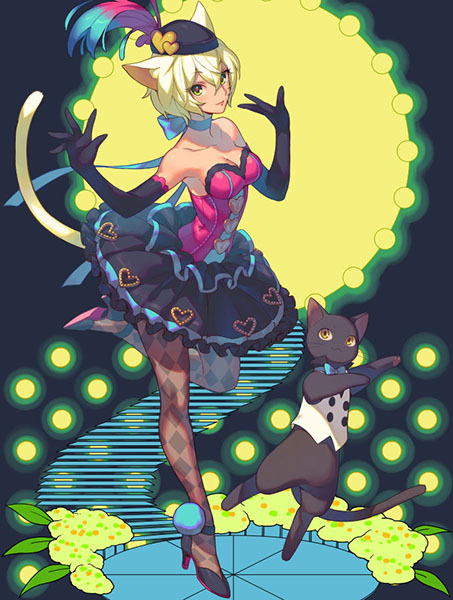 Now it looks like the parts to the rear have a slight haze.

Rim lighting gives the effect of an object being lit from behind. It emphasizes the outline of the person or object.

① Above the “bg” layer that has the reflected light, I make a new layer set to [Normal] blending mode for painting the rim lighting.

If I simply draw around the entire outline of the person, they won’t look like they are part of the scene, so I think carefully about where to draw. 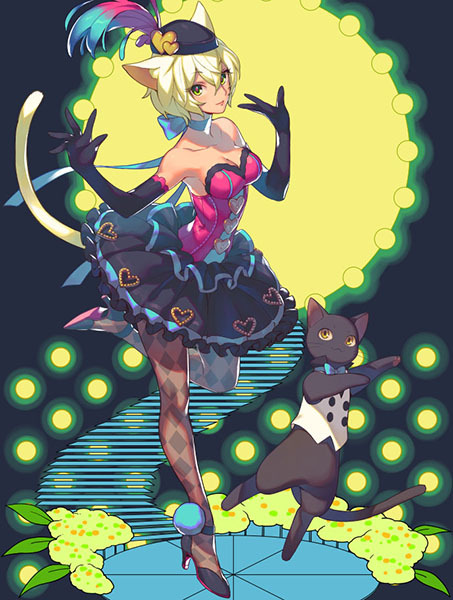 Then, on a new layer, I add more rim lighting in a different color.

I make a new layer and paint with a similar color to the background lighting.

By using a bright white for the first layer and a lemon yellow for the second layer of rim lighting, it creates an effect of the light scattering out slightly. 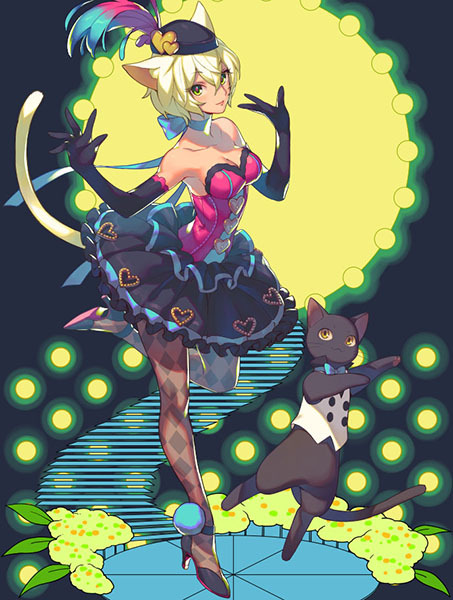 I make another “ef” layer for the cat and add the same effects. 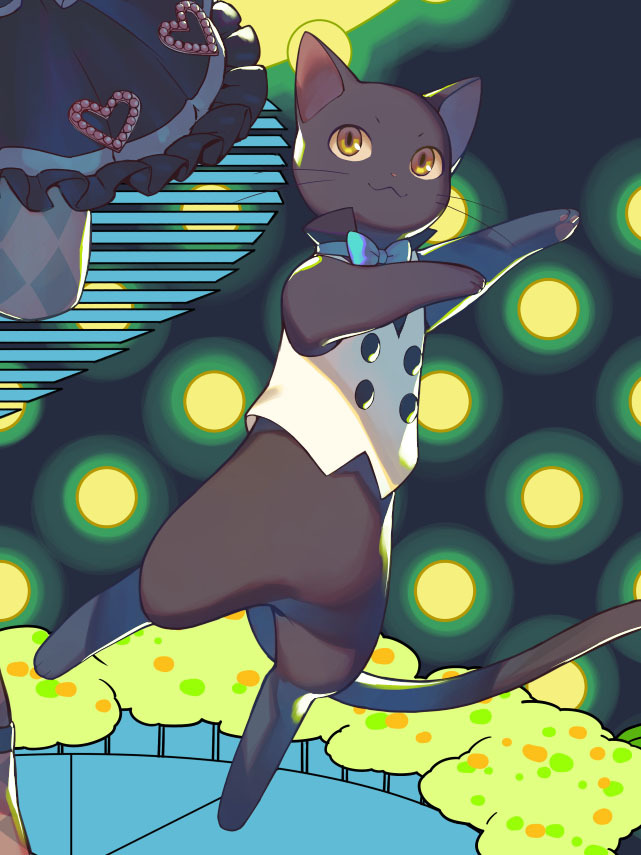 Now I’ve finished working on the characters, so I’ll finish up the background in the next part.