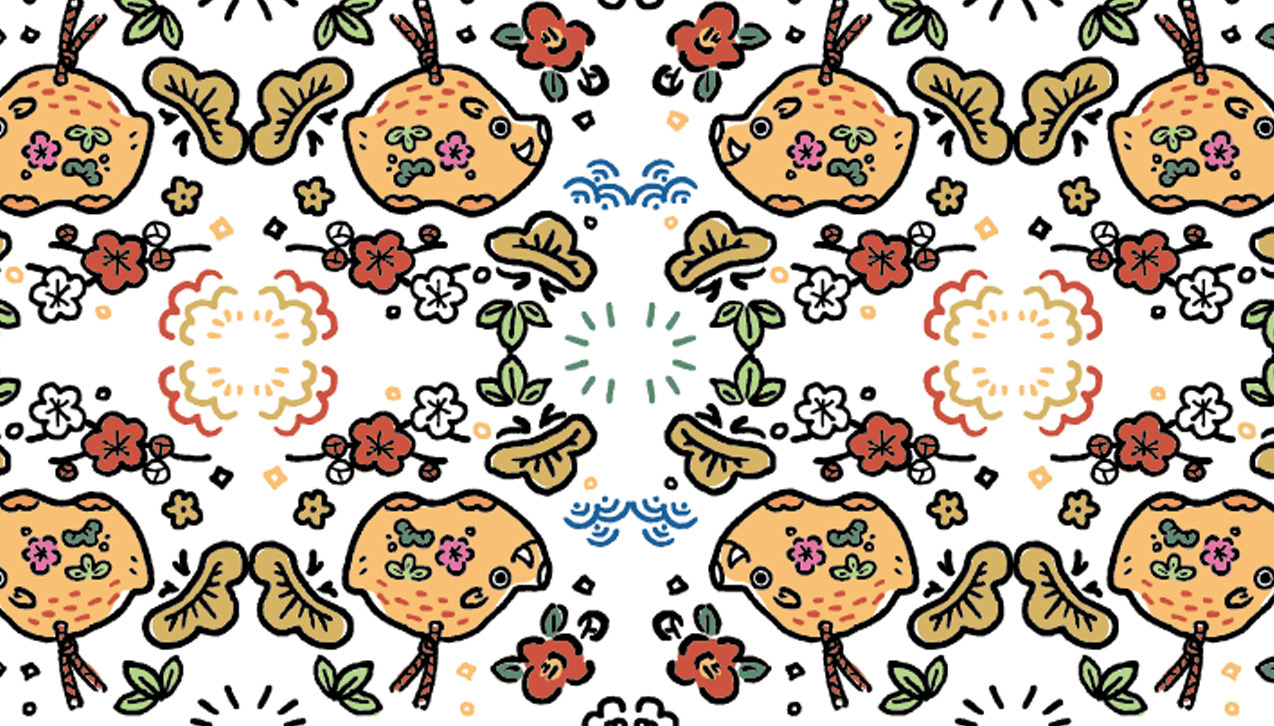 Seamless seamless pattern that is very useful for designers.

I was worried that it would be a hard and monotonous pattern if I made it with Illustrator alone, but it was so easy and atmosphere to use it when I used Illustrator × Clip Studio tiling!


Step 1 Work in the clip studio

Set a canvas size and open a new file.

The size may be your choice, but in this case it was set to 100mm x 100mm 350dpi. Draw your favorite illustration in Sumi 1 color.

※ As color is converted into vector data with Illustrator later, the color is one color.
※ As it assumes material sale, it is better not to make it too small screen or low resolution. 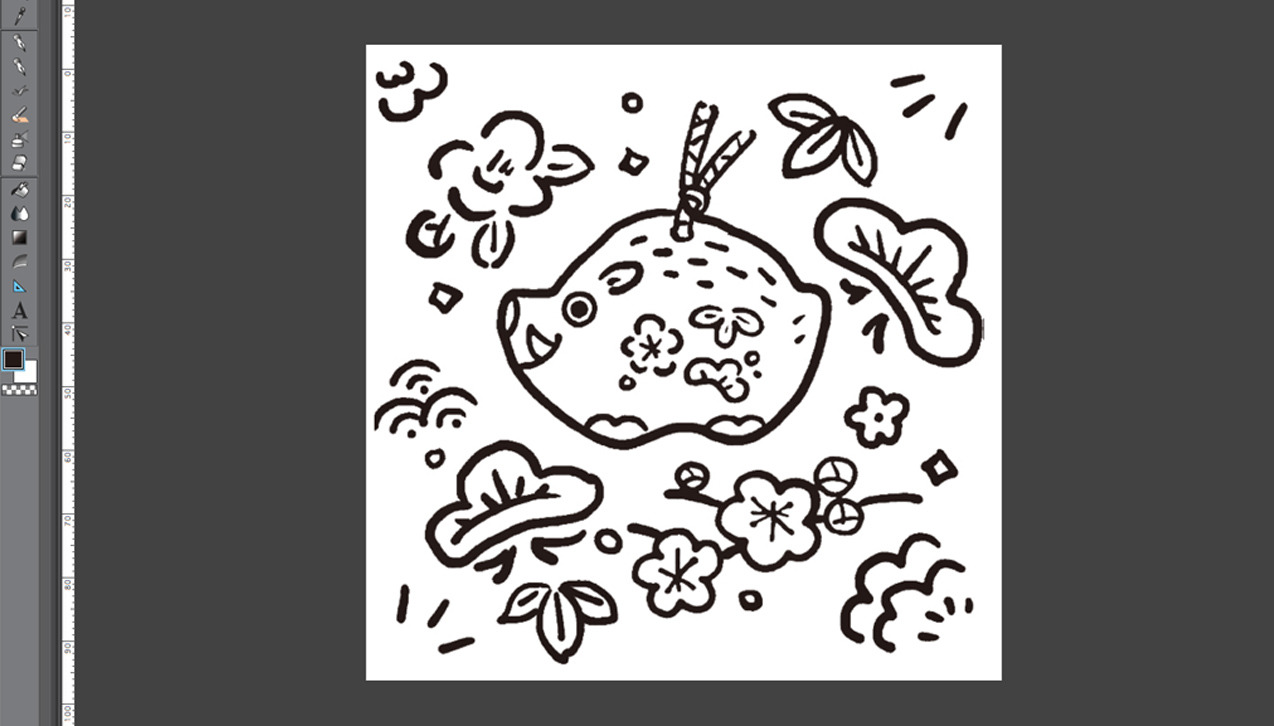 Select Convert Layer from Menu Display in the upper left of the Layers palette. Set to [Image material layer]. 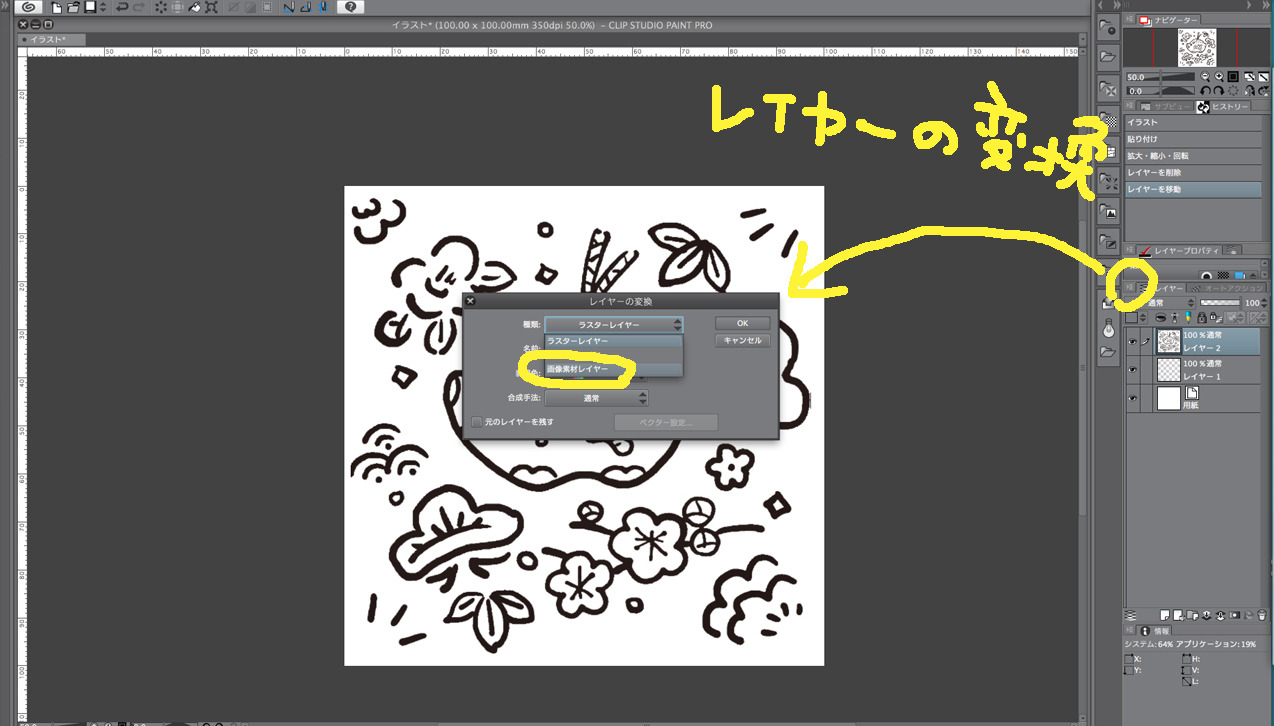 Select the [Object] tool and check the [Tiling] check box on the [Tool Properties] palette to perform tiling. 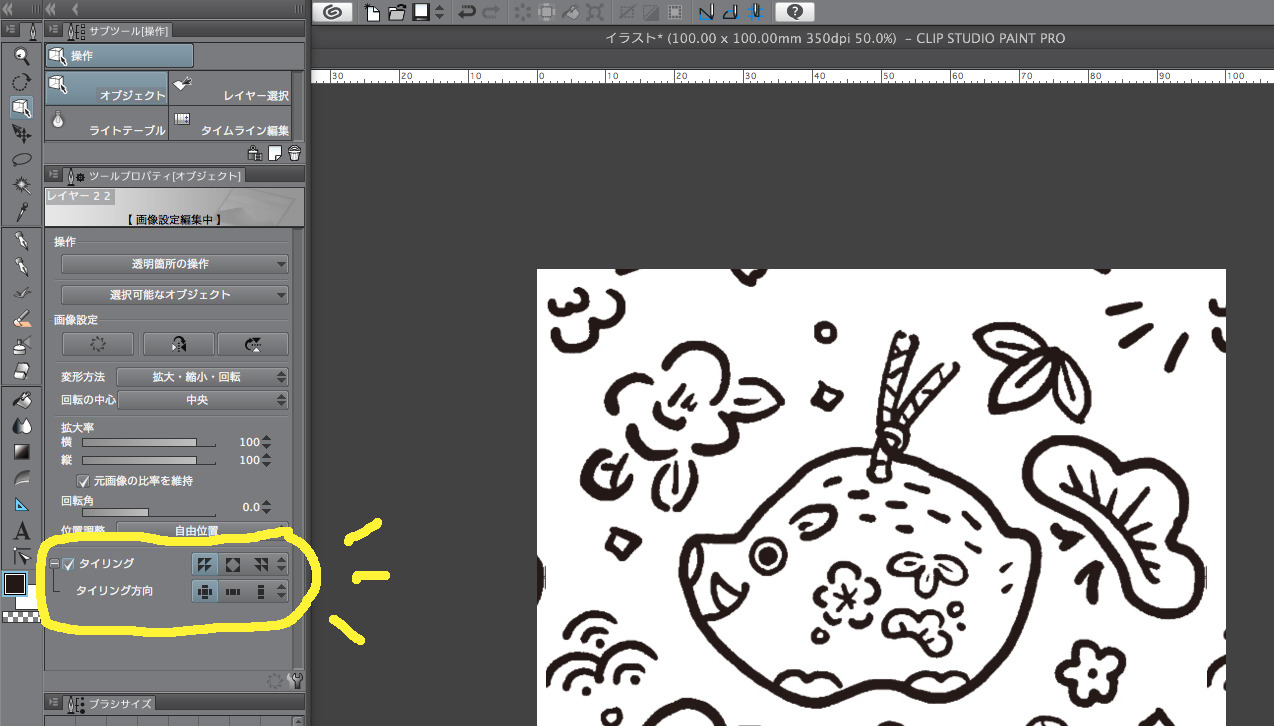 If you select the entire screen and make it an image material layer, it will be tiled in the same square as the canvas, otherwise in illustration size.
Repeat the tiling, turn it back, and change the atmosphere, so try adjusting it to your liking!

Well, the work of clip studio is over when it is possible to here. Select [File]-> "Save" jpg to save. 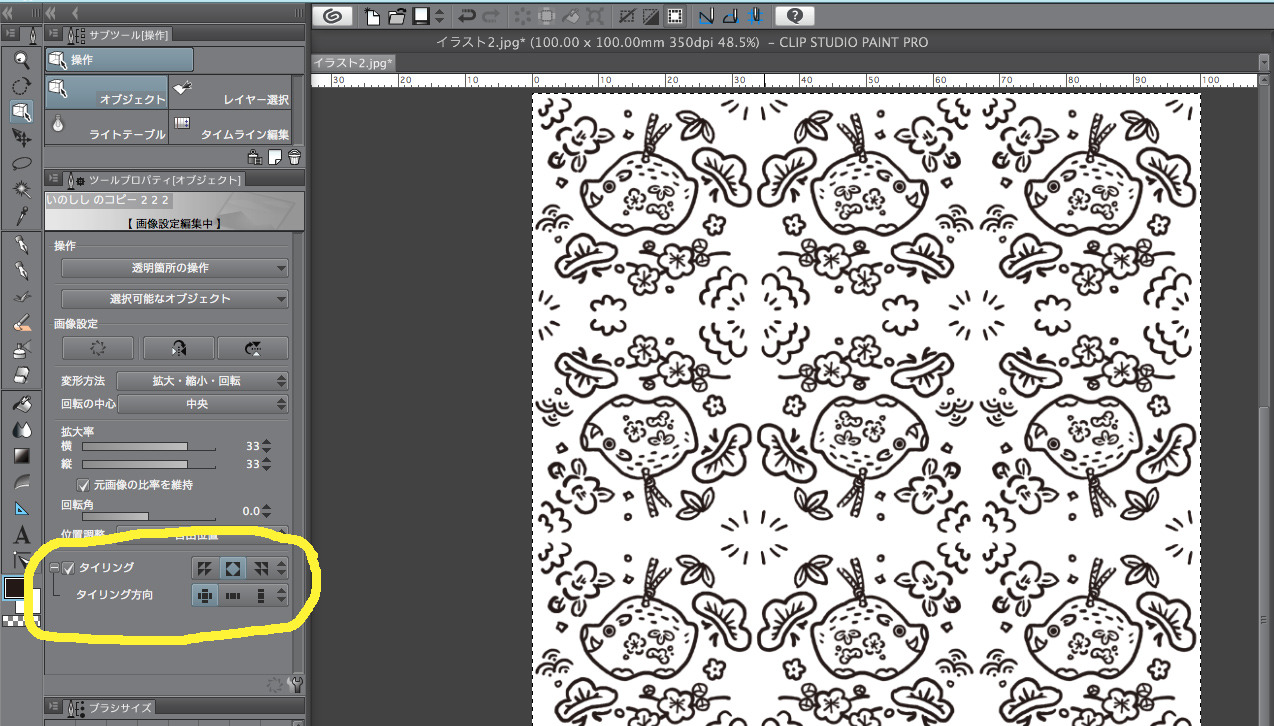 ■ Supplement .. When you want to adjust while previewing the tile

[File object] is useful when you want to adjust the tile condition.
(Function that can be edited in the state of linked file of Photoshop and Illustrator)

<Correction of tiling>
If you change the contents of the "1003" file and save it, the tiling of "Illustration 2" is automatically reflected and changed.
You can make adjustments easily because you can edit while checking the tiling. 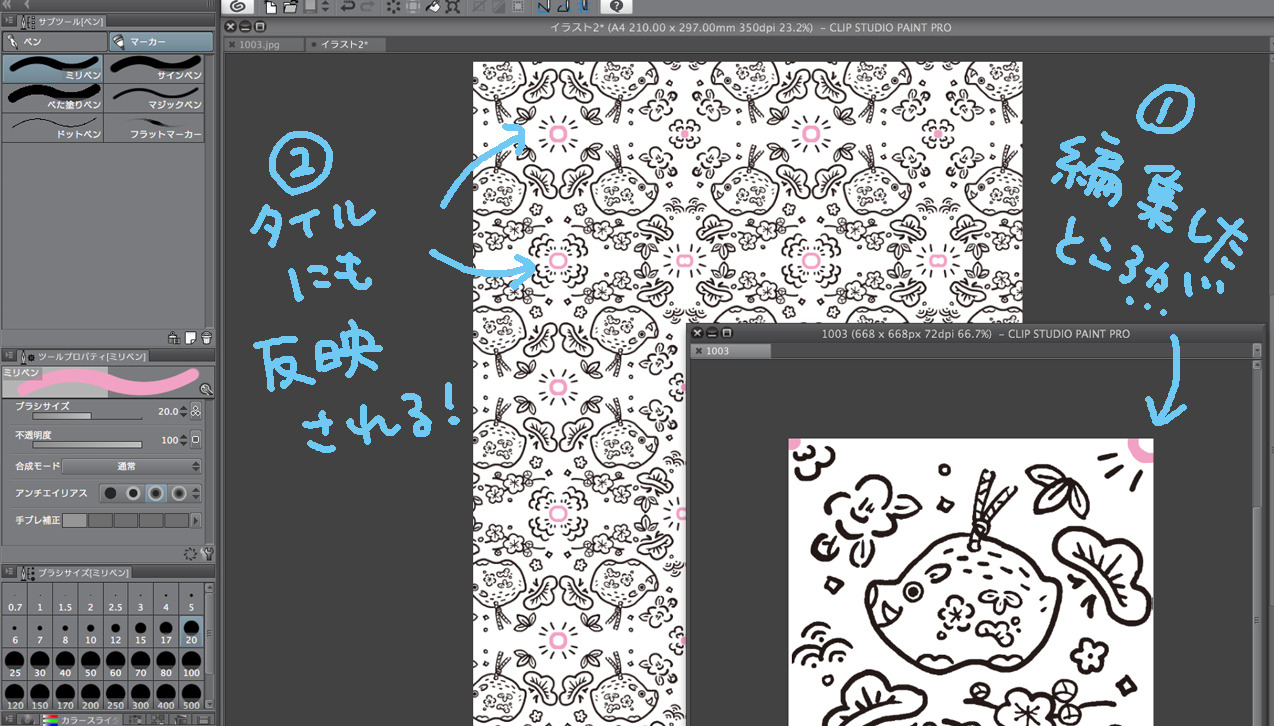 Open the jpg illustration you saved earlier in Illustrator, and then convert it to vector data with [Object] → [Live Trace] → [Create and Extend].
※ The procedure is for Illustrator CS5. 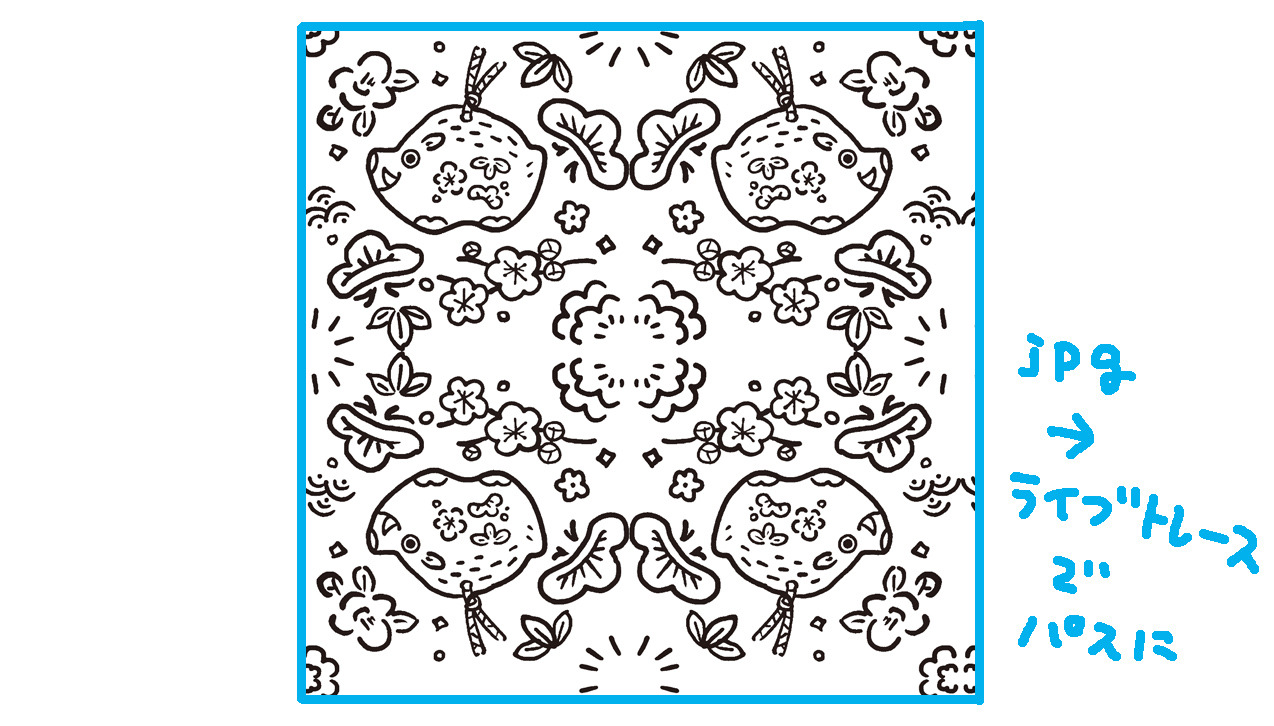 This time, because it was tiling in illustration size, even if it copies as it is, the part which will be overlapped can be made. 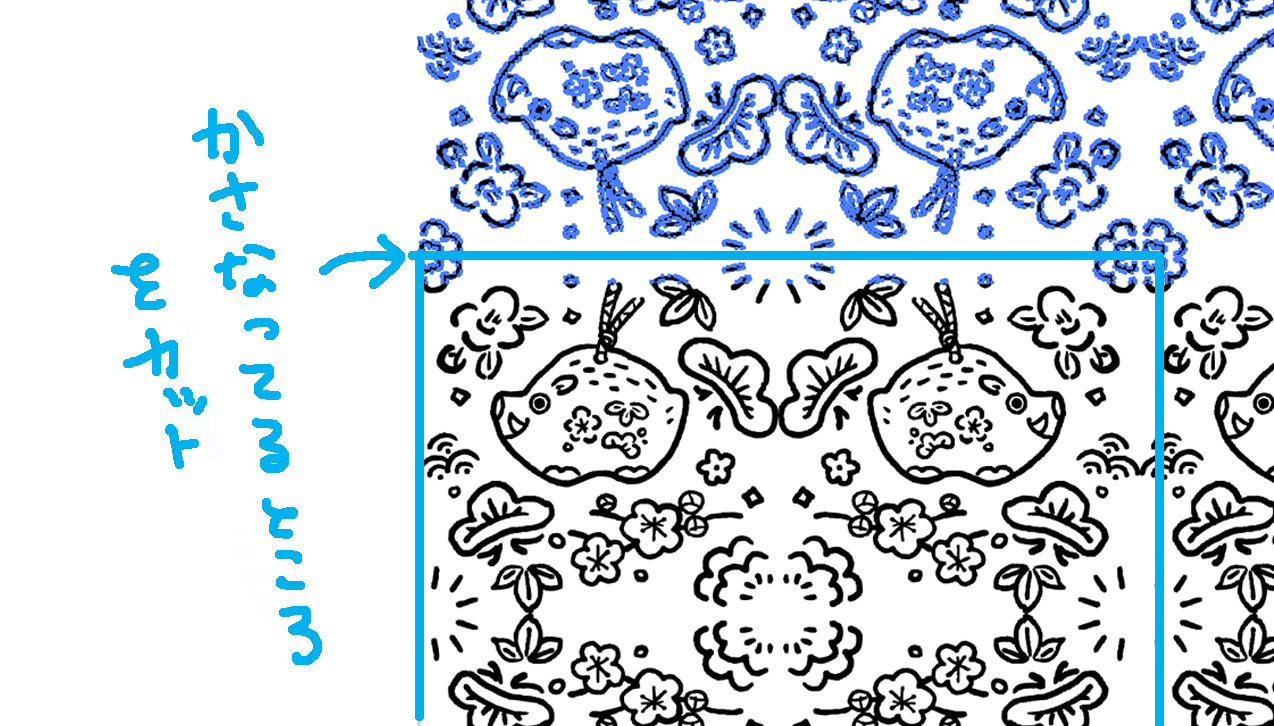 Cut the extra part with [Shape making tool option] and adjust the size with [Transform] so that the whole size becomes square. 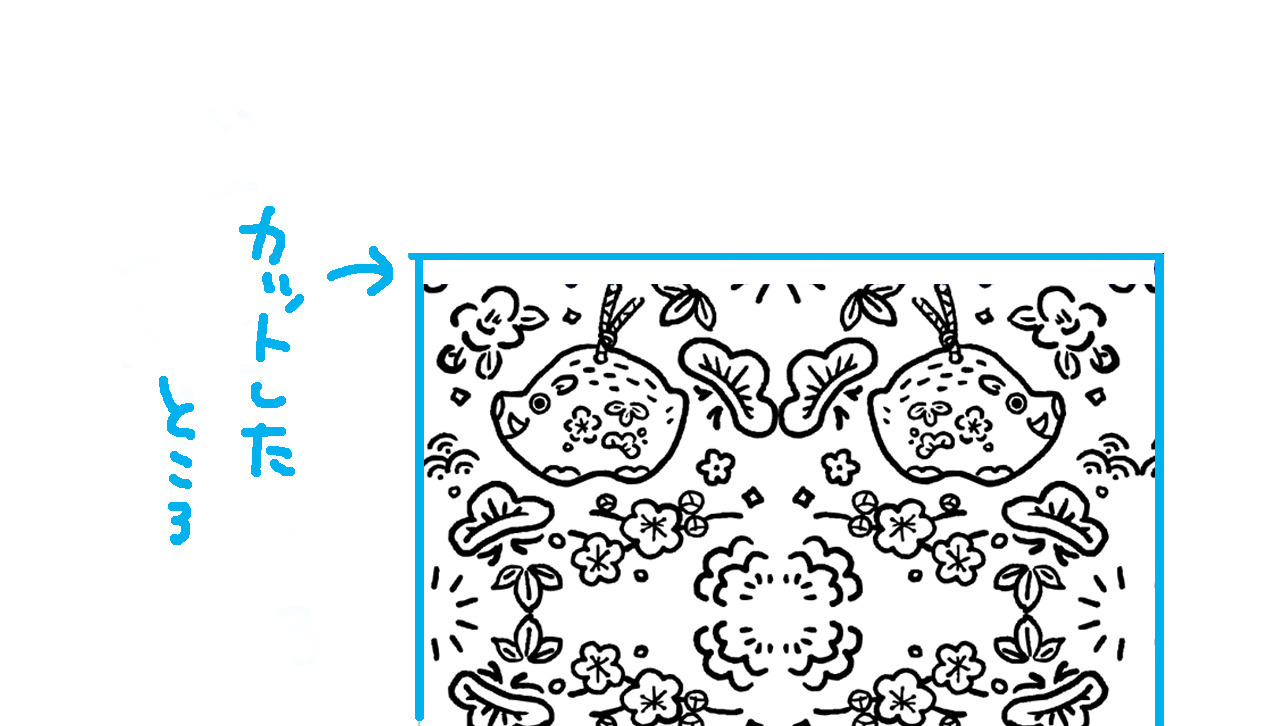 Add color as you like and see if it is seamless.

Drag to [Select all] → [Swatch panel] to register a pattern and use it. 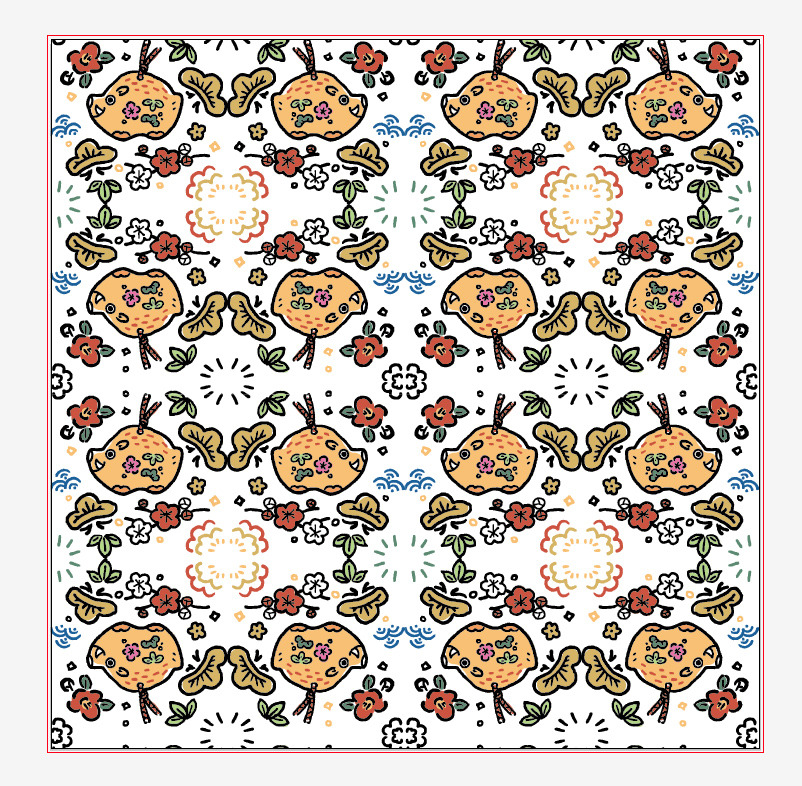 And from here is the most important work to "sell the difference" in stock illustrations!

It is a pattern expansion.


Pattern development which changed the color of the background and the outline, this material made through "Step 1" "Step 2" 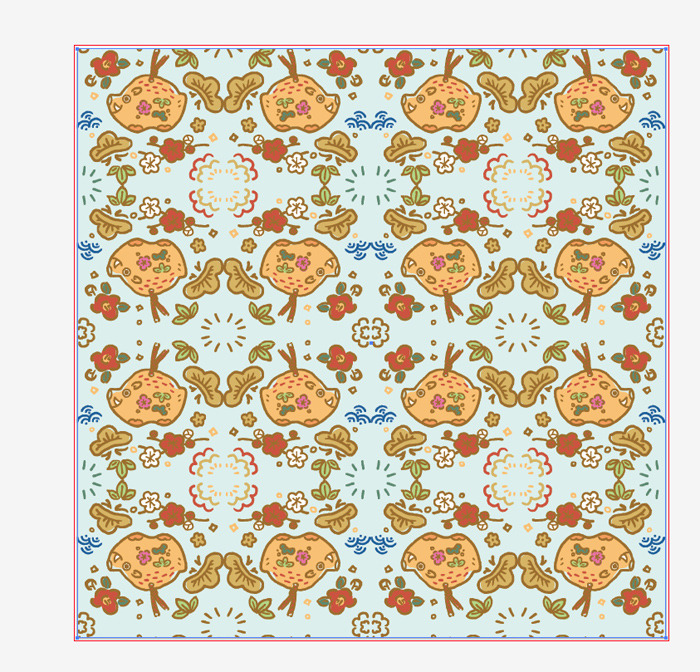 White background material with only a choice of motifs 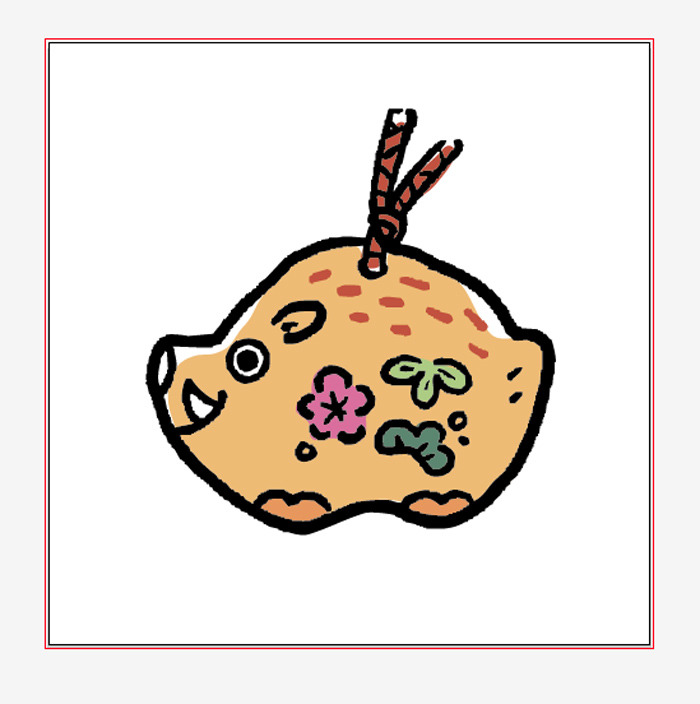 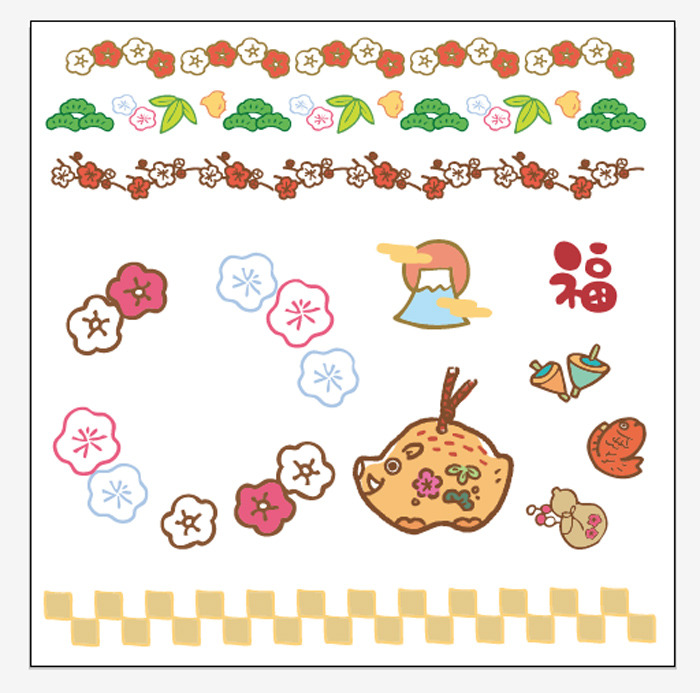 A material conscious of the sense of size, such as New Year's cards, posters and banners. 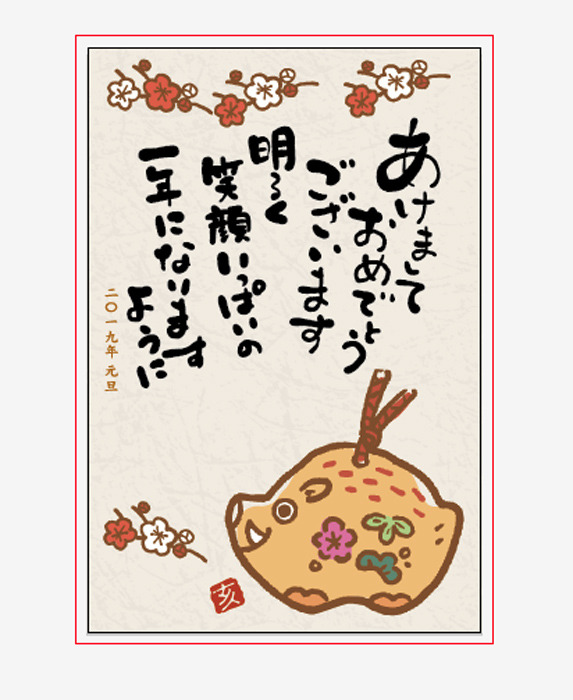 And so on, the combination is infinite, so let's increase it in various ways.

This clip studio has been used to draw illustrations of analog touch until now, but the range of materials to make has been further expanded by using tiling.

It depends on what kind of illustration is used to create the pattern, but if it can be expanded widely from a single illustration to "background", "motif", "frame", "furnace", "design" etc. It will be.

This is a small skill I would recommend to anyone who is out of stock when making stock illustrations, so it would be great if it would be useful for stock photo life from tomorrow.

It is a site that sells advertising materials (photographs, illustrations and videos) that started service in 2006.
Professionals and amateurs can register if they register, and the submitted work will be released after being reviewed for suitability. 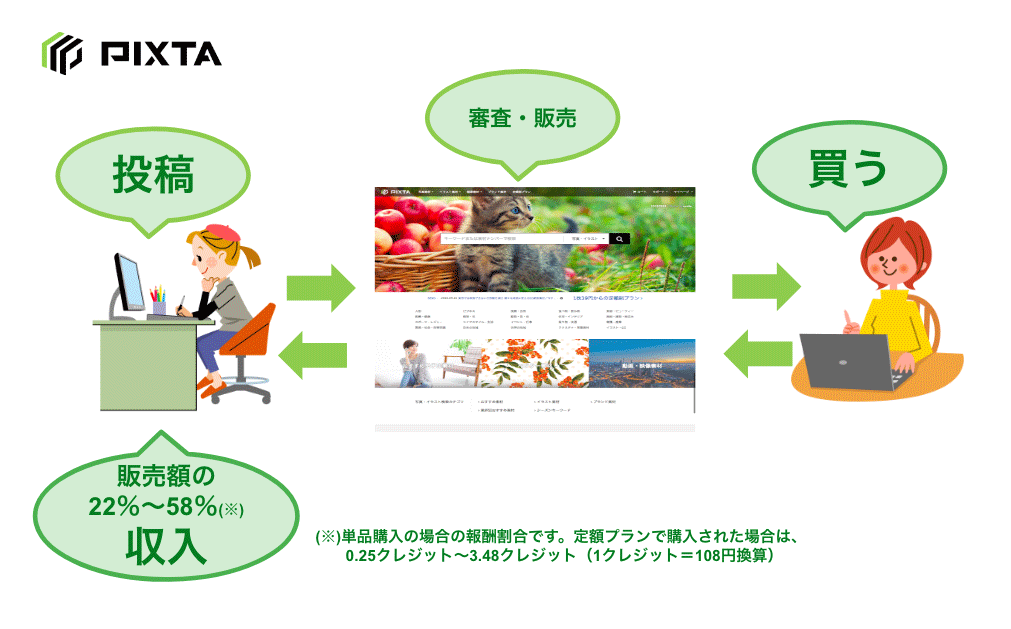 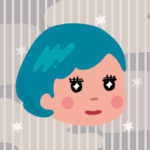 I live in Tokyo. I'm a freelance illustrator since 2012.
I am involved in book cuts, the web, and illustrations such as advertisements.
I like stock illustrations.