I created a new layer for sound effects.

Then I moved this sound effects layer above the line art and color layers.

(1) For this manga, I drew all of the sound effects on one layer. 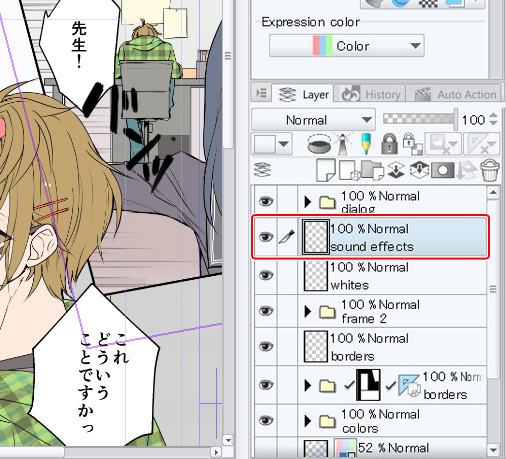 If I hide everything other than the sound effects layer, it looks like this. 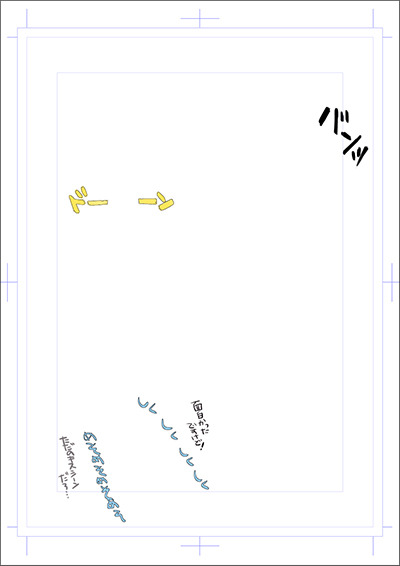 (2) I added a white border to the sound effect in the first frame. First, I selected white in the color palette, then selected the sound effect using the [Auto select] tool. I then used [Edit] menu > [Outline Selection]. 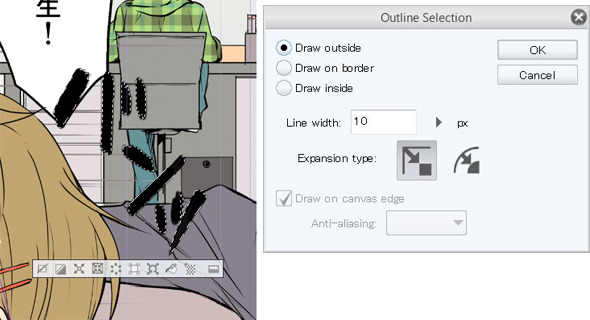 In the dialog box, I set the thickness of the border line and clicked [OK].

This created a white border. 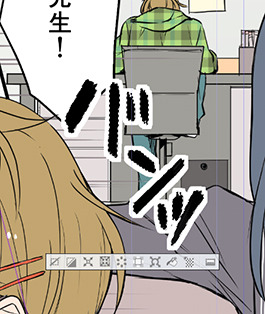 (1) I decided to express the girl’s crying using vertical lines.

First, I made a rough selection with the [Selection] tool > [Rectangle] sub tool. I then clicked the [New Tone] icon from the [Selection range launcher] below the selection area. 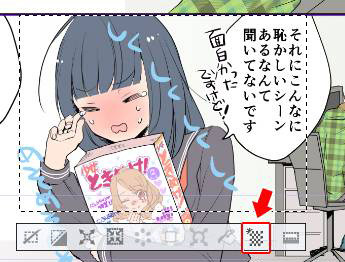 For this manga, I used the following settings. 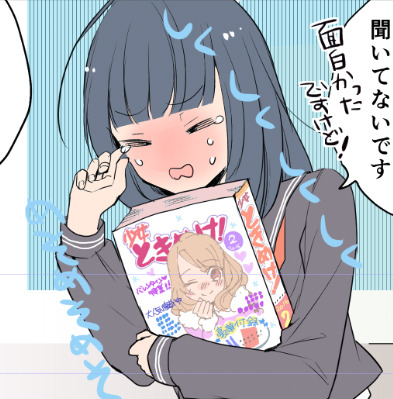 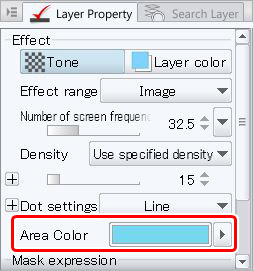 (3) Using the [Blend] tool, I blurred the colors into a natural gradient.

I prefer to use the softer [Blend] or [Blur] tools rather than the [Eraser] tool. 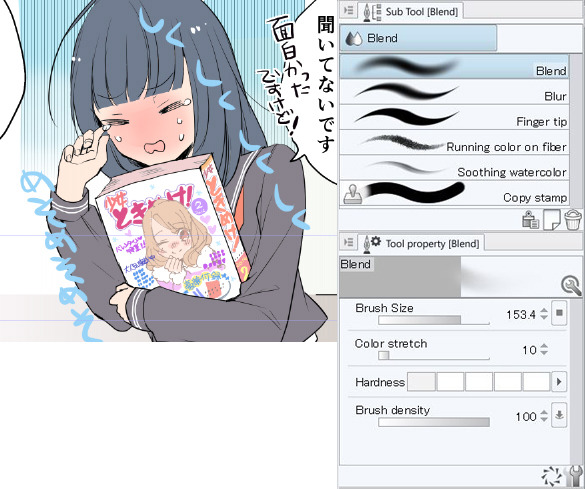 (4) I set the [Layer color] to light blue. Then I move the tone layer under the colors folder. 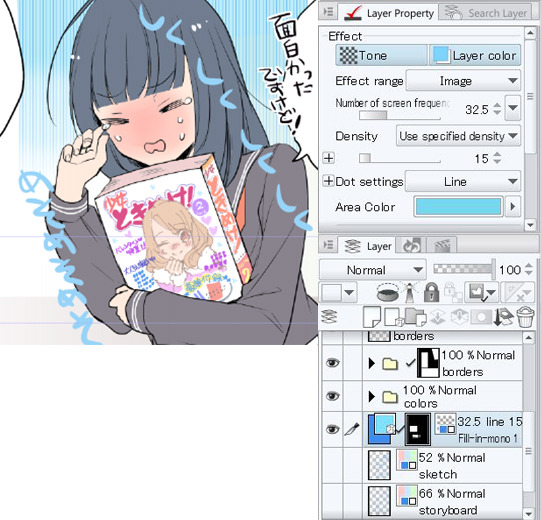 (1) I created a new layer and filled it with a dark brown. 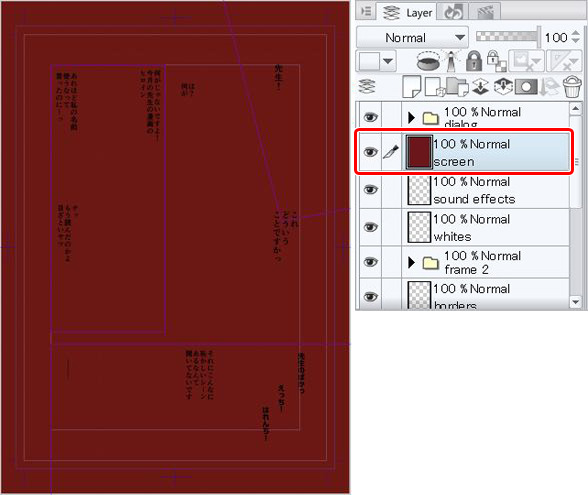 (2) By setting the layer’s blending mode to [Screen], I added a red tint to the entire image and pulled the palette together. 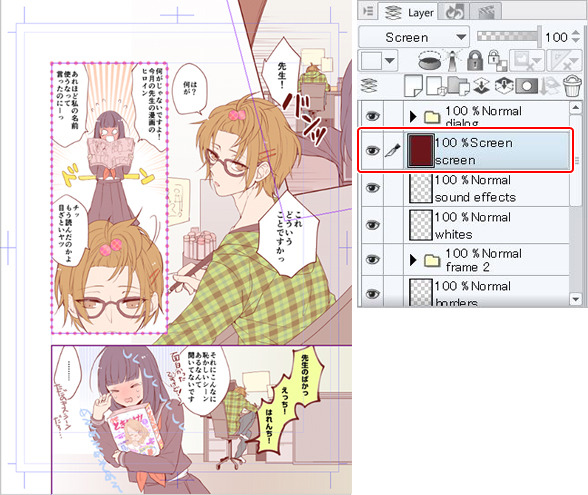 (3) Since the image was too bright, I adjusted it from the [Edit] menu > [Tonal Correction] > [Brightness/Contrast].

I still felt that the screen was too bright, so I reduced the opacity of the “screen” layer to 70%. 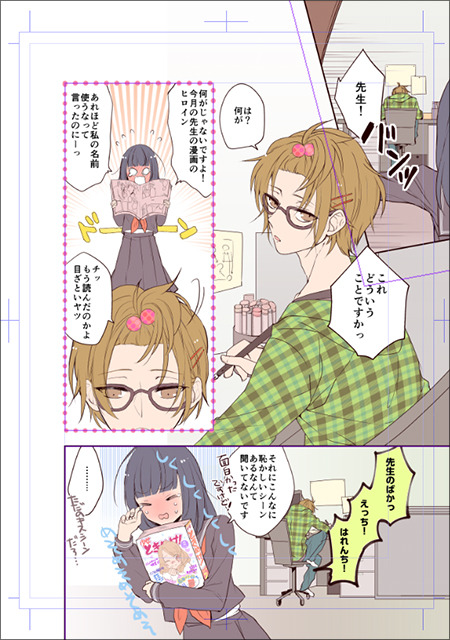 I reconsidered the composition of the bleed frames and decided to adjust the fourth frame. 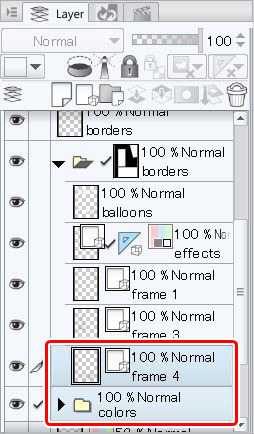 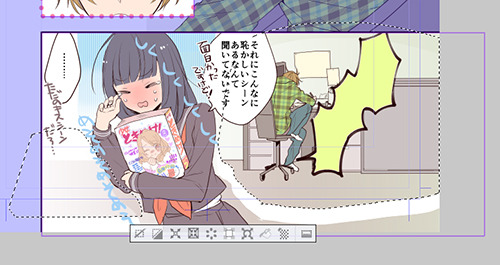 (3) As you can see, moving the layer made gaps in the colors. I selected the “floor” layer in the “colors” folder, use the [Eyedropper] tool to pick up the colors, then filled the gaps with the [Blend] tool > [Blur] sub tool. 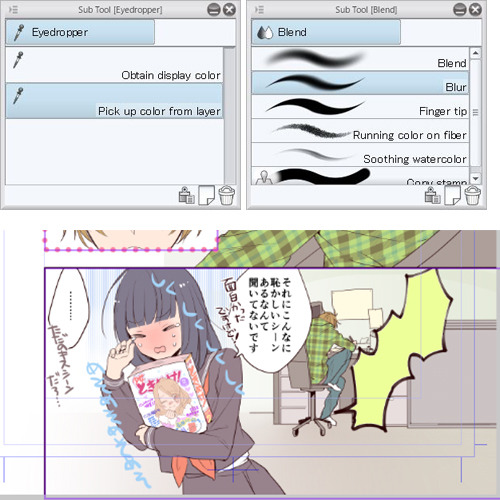 (4) I moved the sound effects in a similar way. 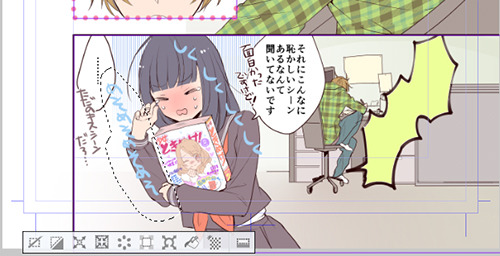 Most of the manga is done, but in the next lesson, I will add some finishing touches to make it even better.