Although the color manga was finished in the last lesson, I decided to add more colors and make it look even better.

(1) First, I created and clipped a new layer above the “artist hair” layer. I blocked in some colors, with lighter colors near the tips and darker colors in the middle. 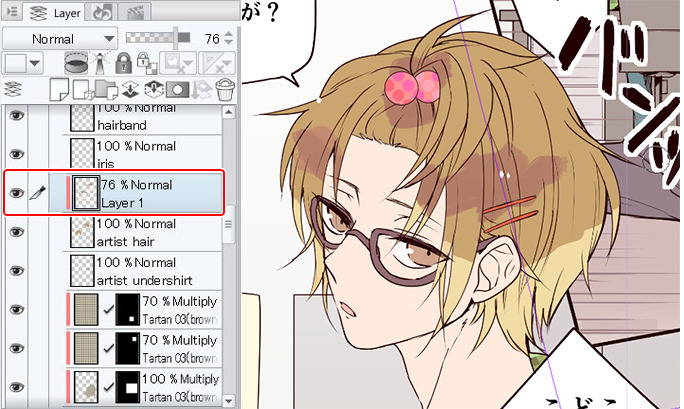 (3) I made another layer and clipped this as well. This layer’s blending mode was set to [Multiply] and I used it to add defined shadows. 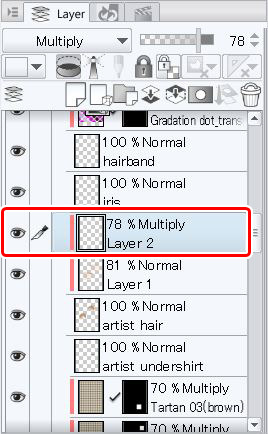 The shadows were drawn with the [Brush] tool. 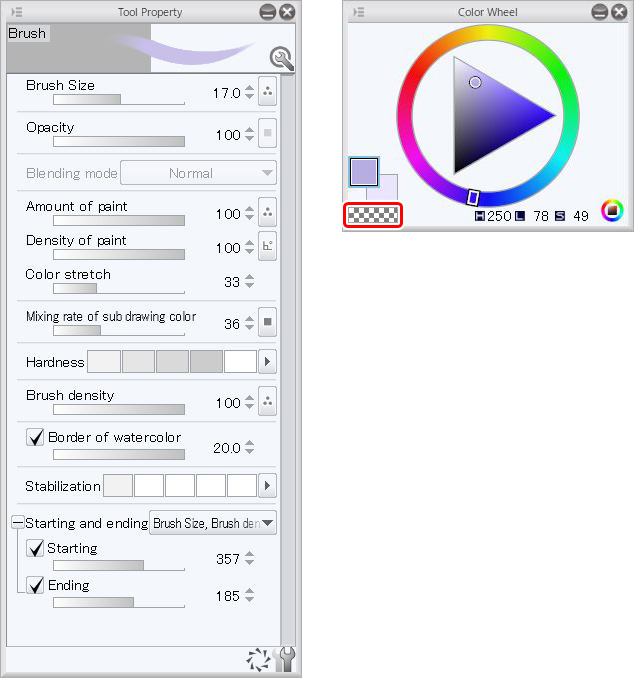 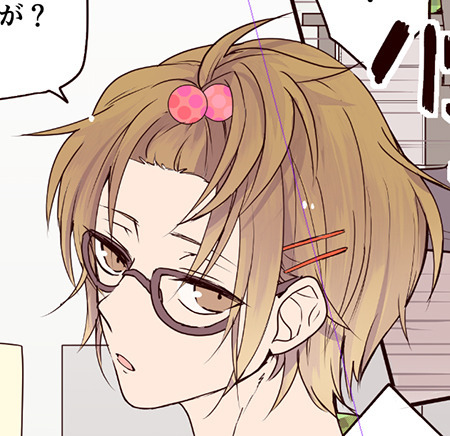 (4) To finish off painting, I made a new layer above the shadow layer and added more highlights. This layer’s blending mode was kept as [Normal]. 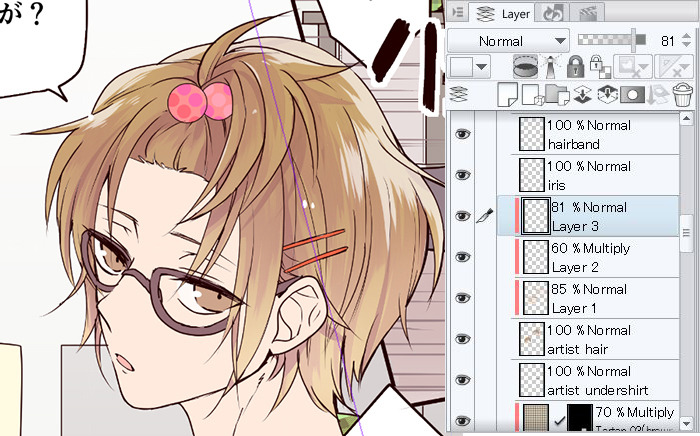 After adjusting each layers’ opacity, I used [Combine to layer below] to combine the three layers which were clipped to the “artist hair” layer.

Note: [Combine to layer below] can be selected by right-clicking the layer or opening the the layer menu.

I then added shadows and highlights to other parts in the same way. This is how the page looks after adding gradients, shadows, and highlights. 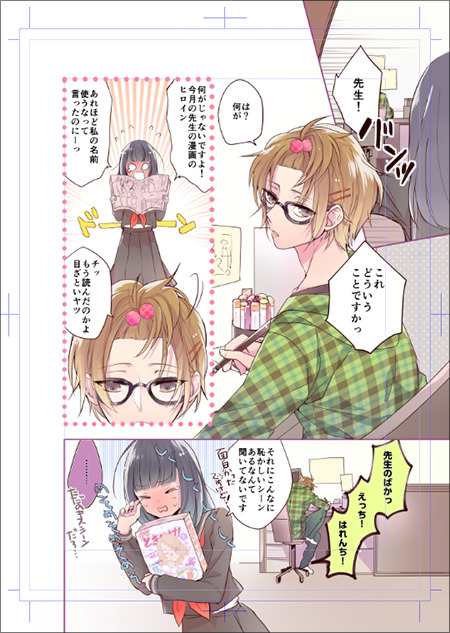 Finally, I changed the color of the frame lines and speech balloons to make the entire page more vibrant.

There are various ways to change these colors, but I used the following three methods depending on the element.

C: Using [Clip at Layer Below]

First, I’ll change the frame border color by painting over it.

Selecting the “borders” layer, I turn on [Lock transparent pixel]. I can now edit directly without overflowing from the layer’s drawn parts.

Using the [Pen] tool, I paint along the frame and change it to purple. 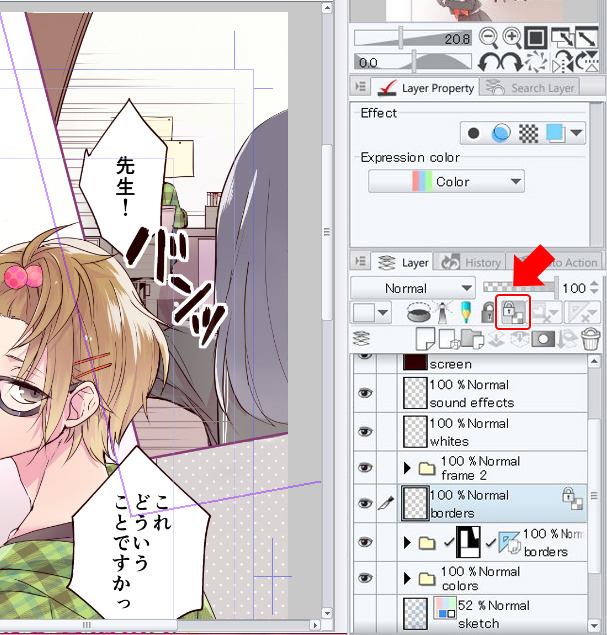 The second frame’s color was changed using [Layer color]. As explained when I pasted tones, colors can easily be changed by setting a [Layer Color] in the [Layer Property] palette. 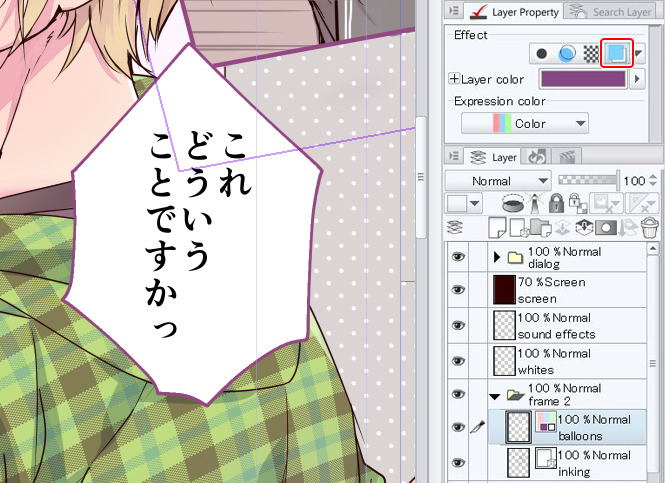 Click the right arrow button on the right side of [Layer color] to open the “Color Settings” window. Colors can be changed here. 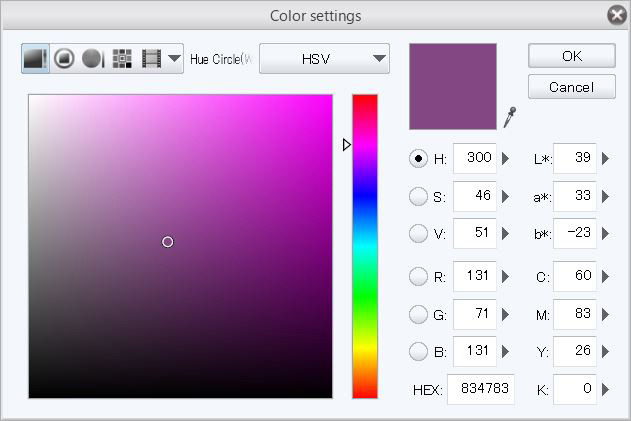 C: Using [Clip at Layer Below]

The first, third, and fourth frame’s balloons were changed using [Clip at Layer Below].

(1) I create a new layer above the balloon layer and set the blending mode to [Screen], then set [Clip at Layer Below]. The layer was named “balloon color”.

Filling a layer with the [Fill] tool will change the color of the “balloon” layer’s drawn parts. 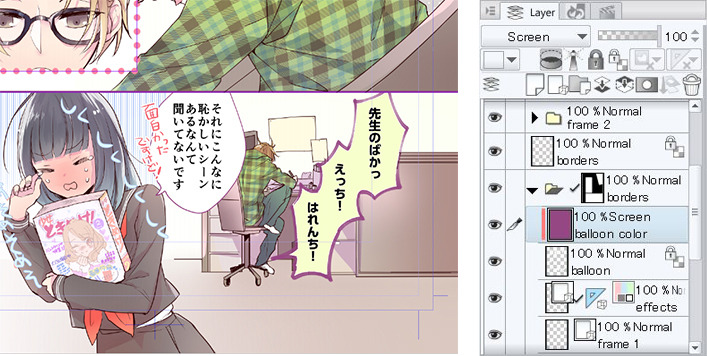 (2) I made the fourth frame’s “Idiot-” balloon border brown.

On the “Balloon color” layer, that section was painted with brown. As I didn’t want shading, I used the [Pen] tool. 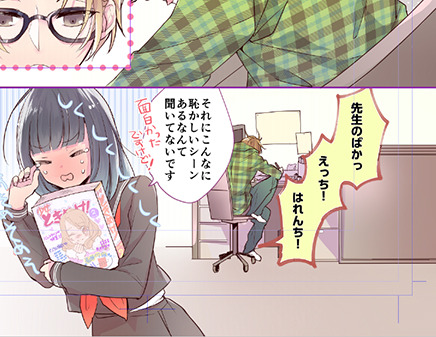 To make it easier to understand how I painted the layer, if the layer’s blend mode were set to [Normal], it would look something like the below. 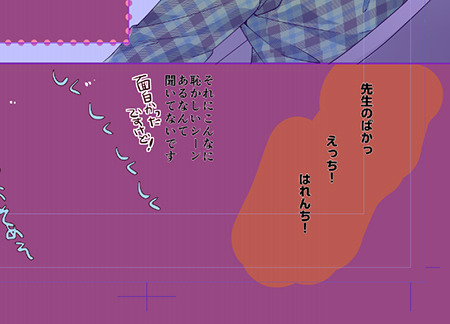 (3) The color of the sound effects was also changed by clipping a layer set to [Screen]. 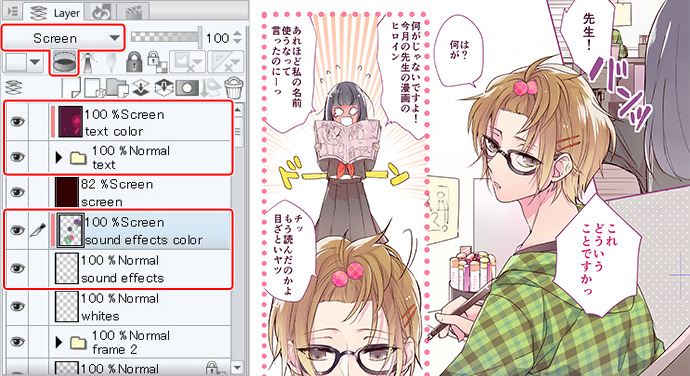 That wraps up my lesson!