I’ll make a sketch first and then draw my draft on top.

■1. Create a canvas for the sketch

I create a new canvas for the sketch from the [File] menu > [New].

I select the A4 canvas from the [Preset] dropdown menu, and then change the resolution to 72 dpi.

I find it easier to sketch my ideas roughly while looking at the overall picture when the canvas is small, so I reduced the resolution. 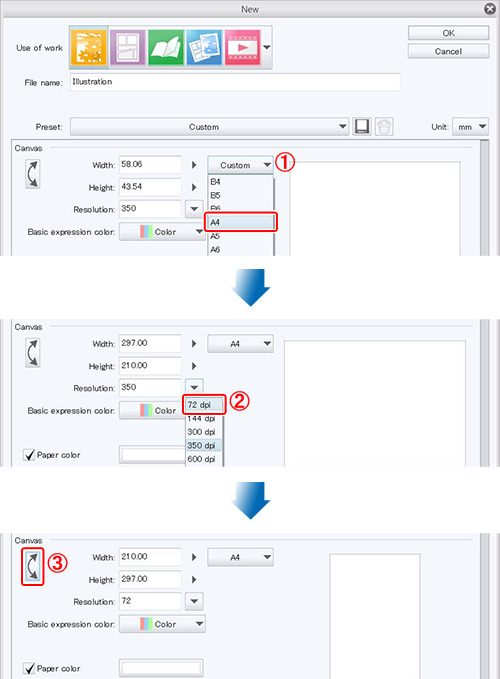 For the sketch, I’ll use the [Pencil] tool → [Darker pencil] sub tool. 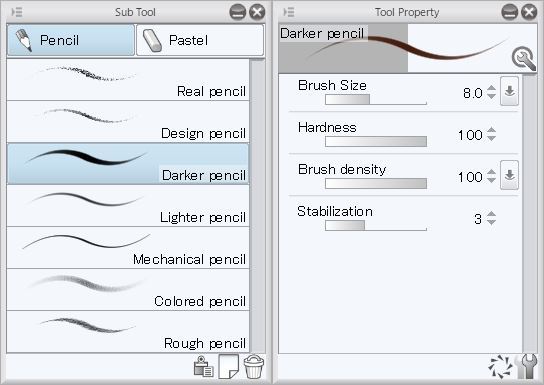 I think about what I want to draw.

This time I wanted to draw something with themes of an amusement park, space, or a circus, so I use these themes as a base and roughly draw the elements as I imagine them.

While planning the overall layout, I consider how the image would look flipped, as well as the horizontal and vertical symmetry, so that the illustration will be fun to see from any angle. 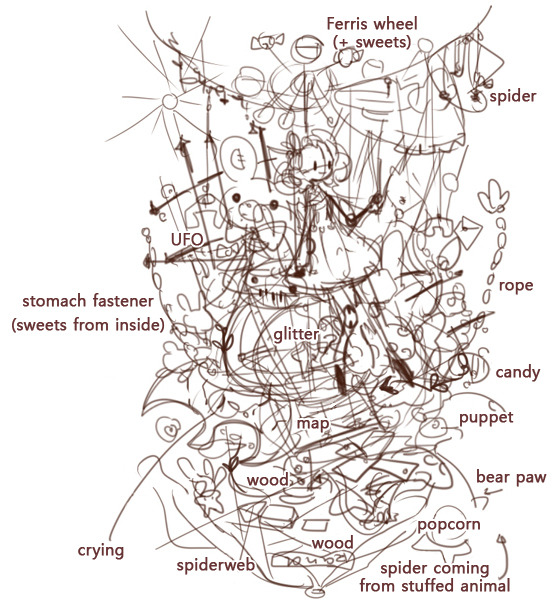 After I’ve finished my sketch, I go to the [Edit] menu > [Change Image Resolution] and increase the resolution from 72 dpi to 350 dpi.

I used a low resolution for the sketch, but the resolution should be higher for the rough draft so that the things I want to draw are clearer for the next line art stage.

■2. Change the color of the sketch

I change the color of the sketch so that it is easier to see the rough draft.

I select the sketch layer on the [Layer] palette and click the icon for [Lock Transparent Pixel] at the top of the palette.

Then, I use the [Edit] menu > [Fill] to fill the brown lines with light blue, and I lower the opacity of the layer.

Because [Lock Transparent Pixel] is on, only the lines are filled. 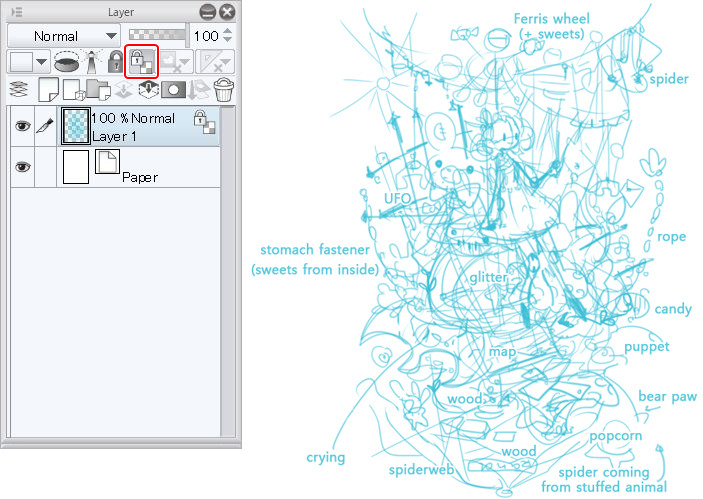 You can change the [Layer color] of sketches and rough drafts by going to the [Layer property] palette > [Effect].

When you set a [Layer color], anything drawn on that layer will change to the color you choose.

If you set a layer color for a layer folder, you can change the color of all the layers in the folder simultaneously.

For this illustration, I’ll decide the girl’s costume in advance, then draw it according to this design. I imagined her as a ballerina or dancer.

My characters are often anthropomorphic, but I create designs for the clothes that match the concept of the illustration. 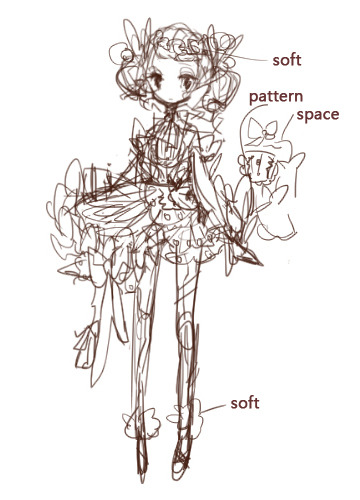 I start drawing my rough draft while firming up the concept.

I use the [Pencil] tool → [Darker pencil] sub tool, the same as for the sketch.

I set the design of elements that I was uncertain of at the sketching stage, such as the clothes and some small items. 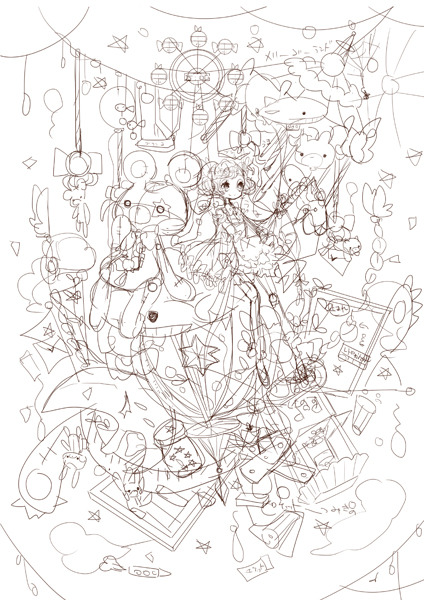 After I’ve drawn the rough draft, I create a “rough draft” layer folder in the [Layer] palette and move the four draft layers into here. 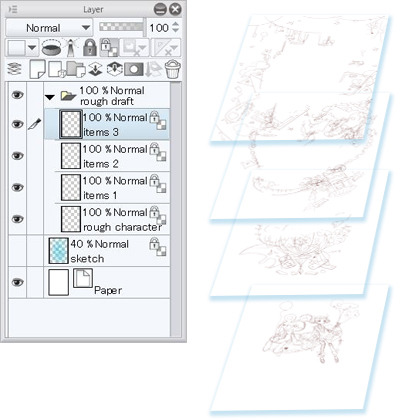 I lock the pixels on each layer and fill with light blue, like for the sketch.

In order to make the line art stage easier, I then block off the sections with colors, so that the characters are light blue and the background is purple. 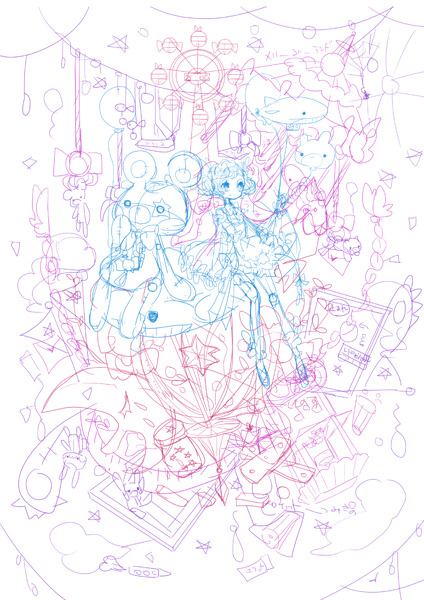