Hello, everyone! Hana-chan speaking! Today, I will be showing you how to draw and color a magical fox. You can also learn how to draw an ordinary fox with this tutorial! 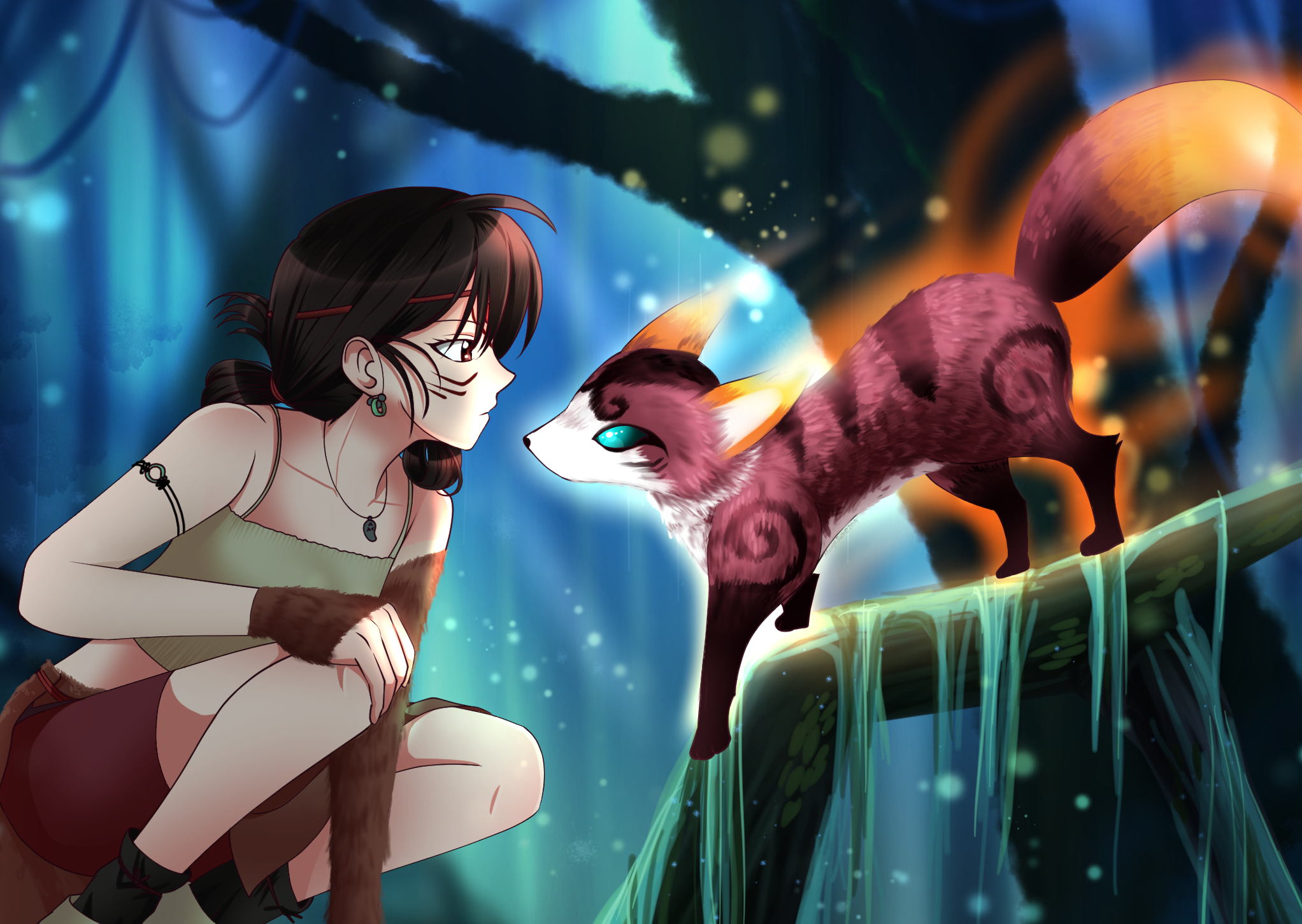 The tools that I will be using are ALL preset clip paint studio tools, but remember, it takes practice and patience to draw well!

Start by simplifying the animal's pose with circles, cones, and lines. The focus here is to get an idea of the animal's main body shape so it'll be easier to draw it. 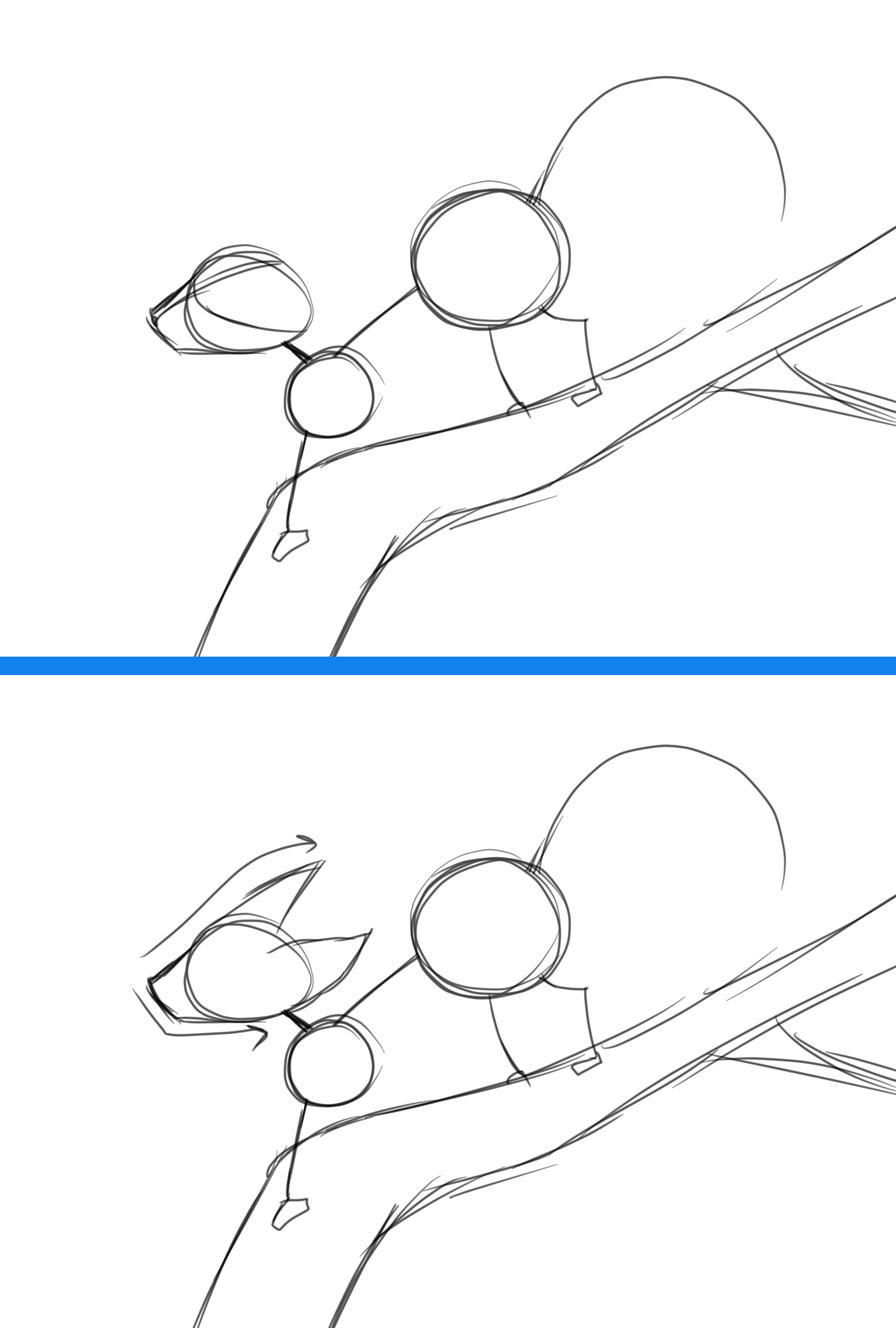 Next, we're gonna start drawing the actual fox, using this sketch as our reference. 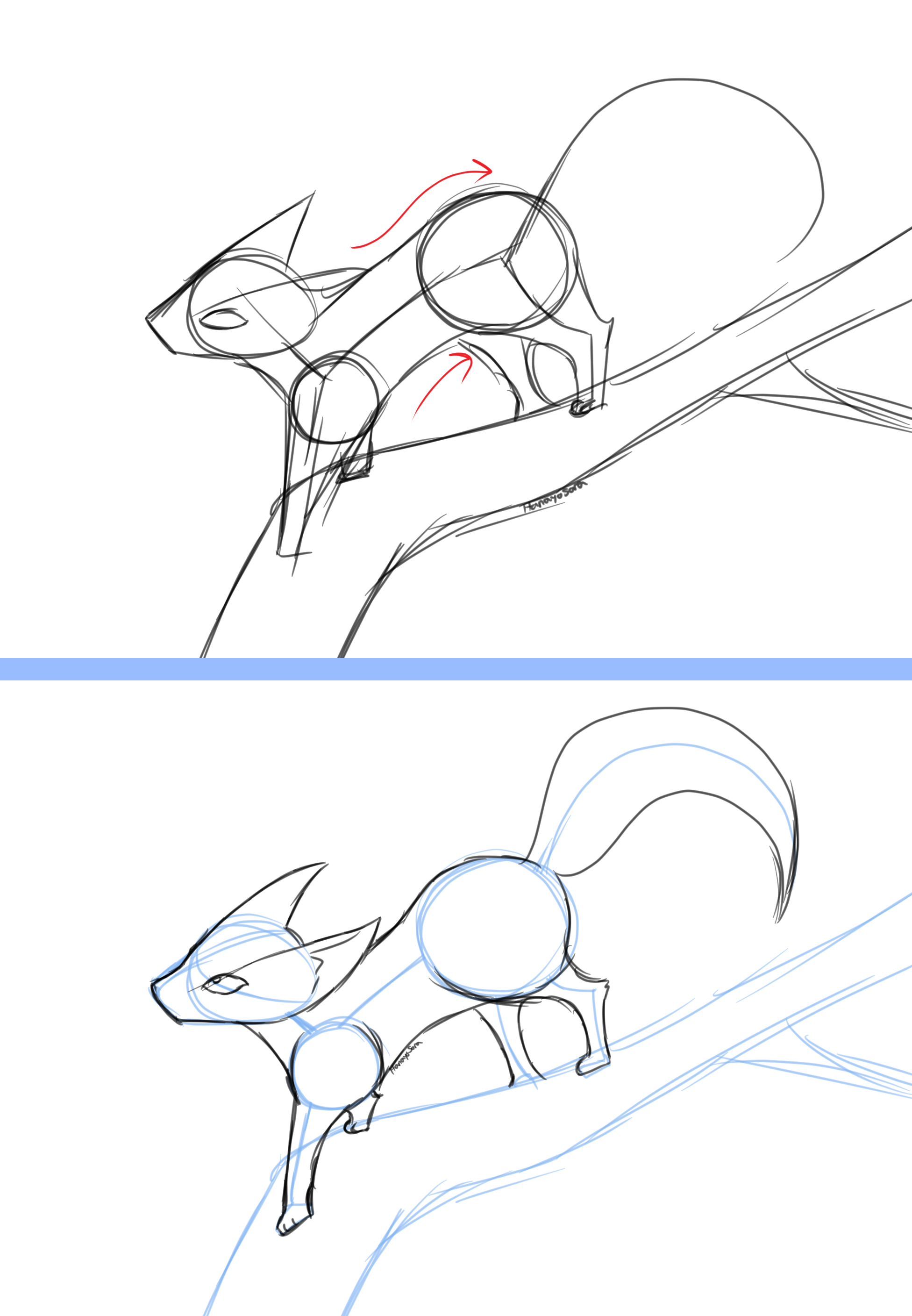 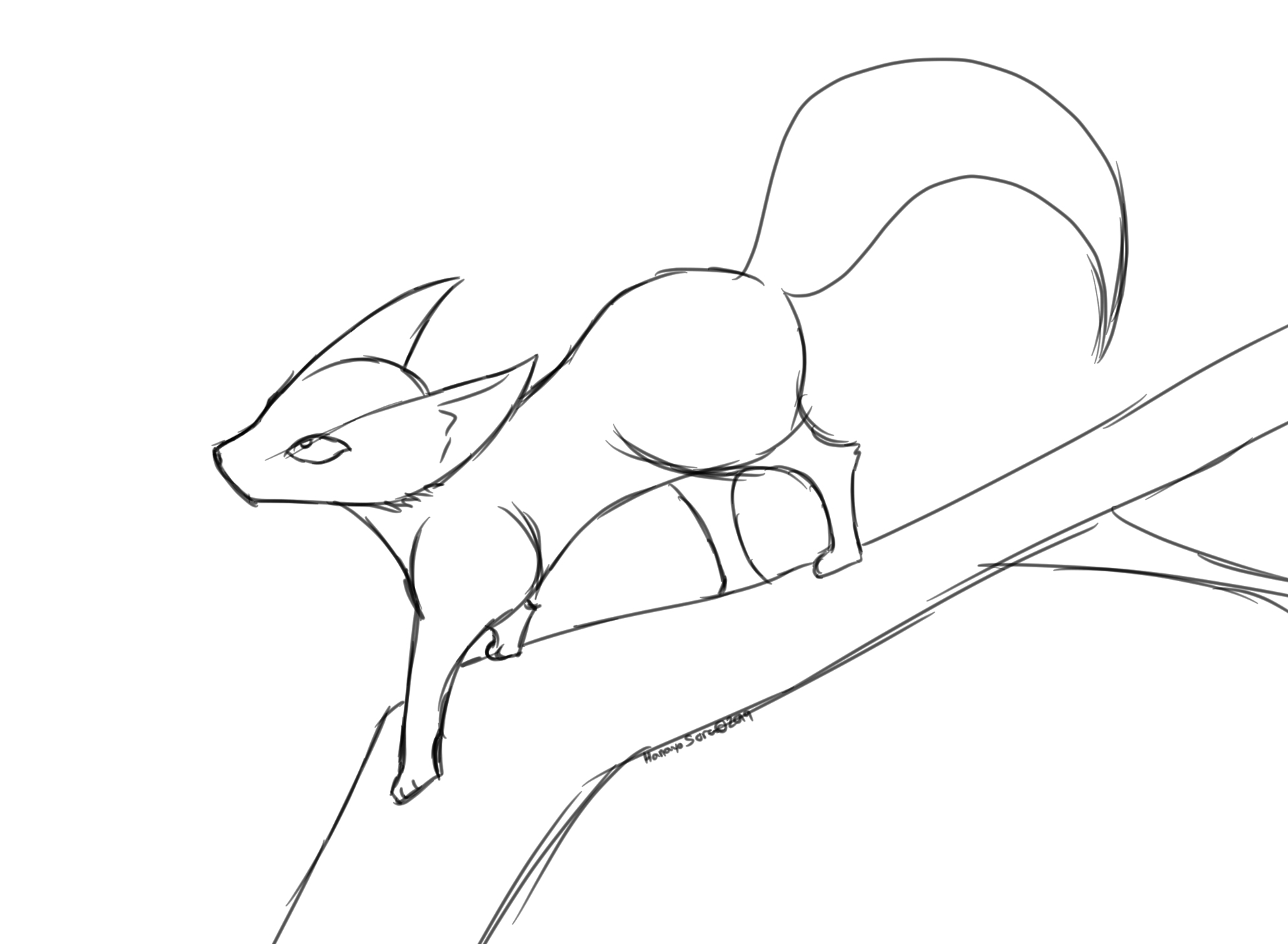 One nice thing about drawing a fantasy animal is that you don't have to make it look completely accurate to the species you're basing it off of.
But! For those who want to draw an accurate looking fox, simply shorten the ears, make the muzzle more narrow and make the chest and tail more round, as shown below. 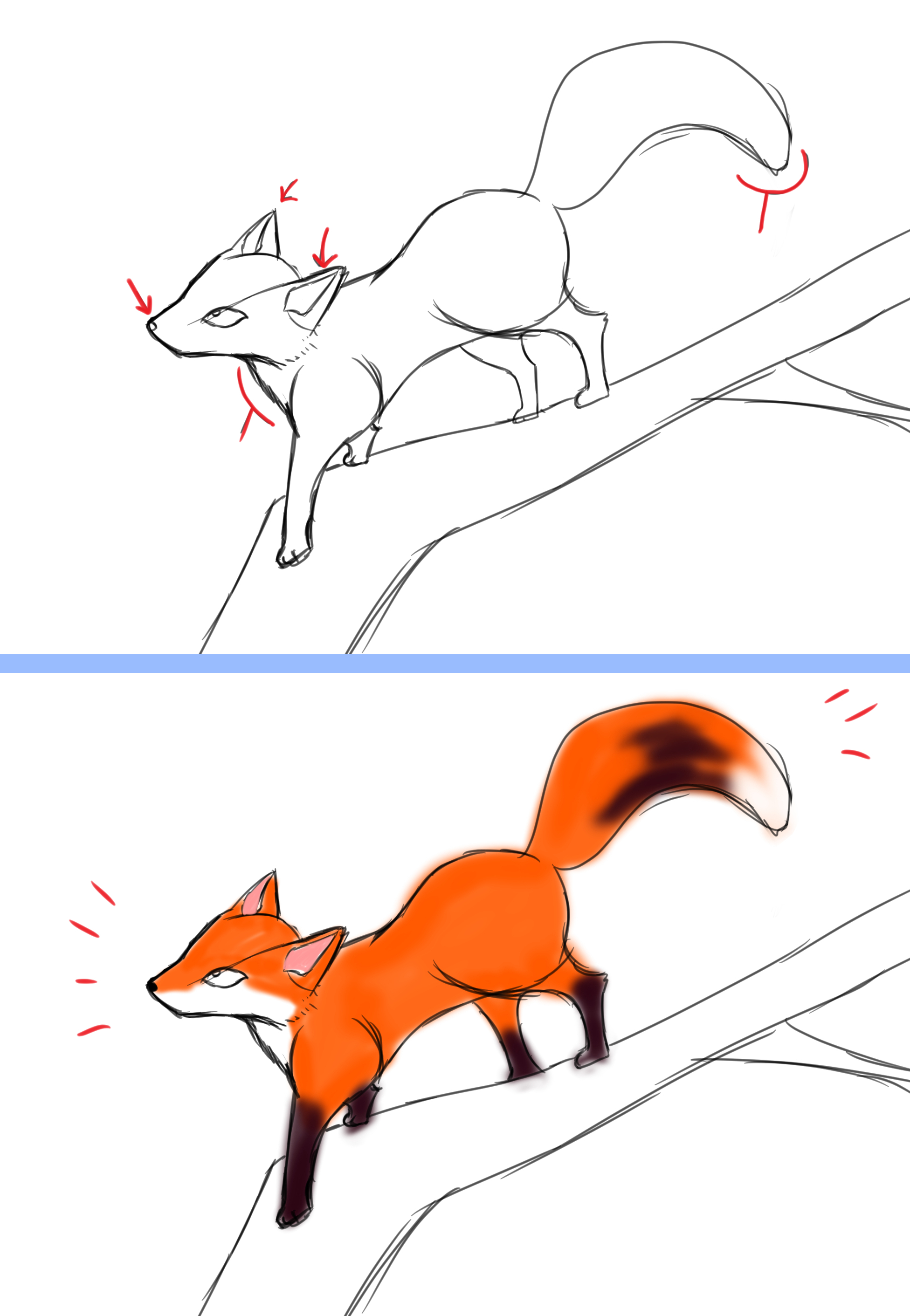 After drawing the line art, create another layer for your base color. 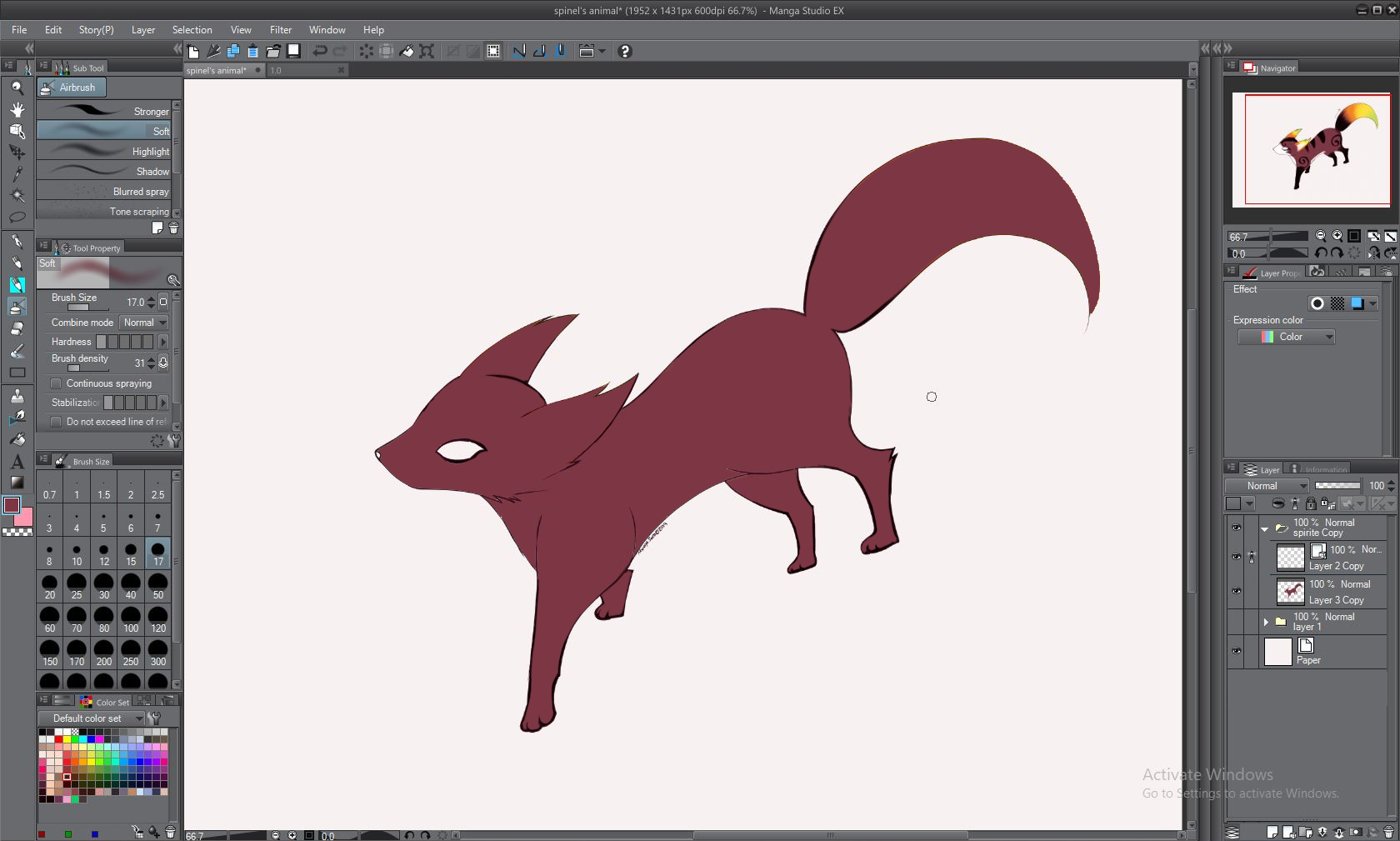 Now for the fun part! Create another layer, clip it to the base, and start designing the patterns in the fur using a soft brush tool, and/or a mechanical pencil. 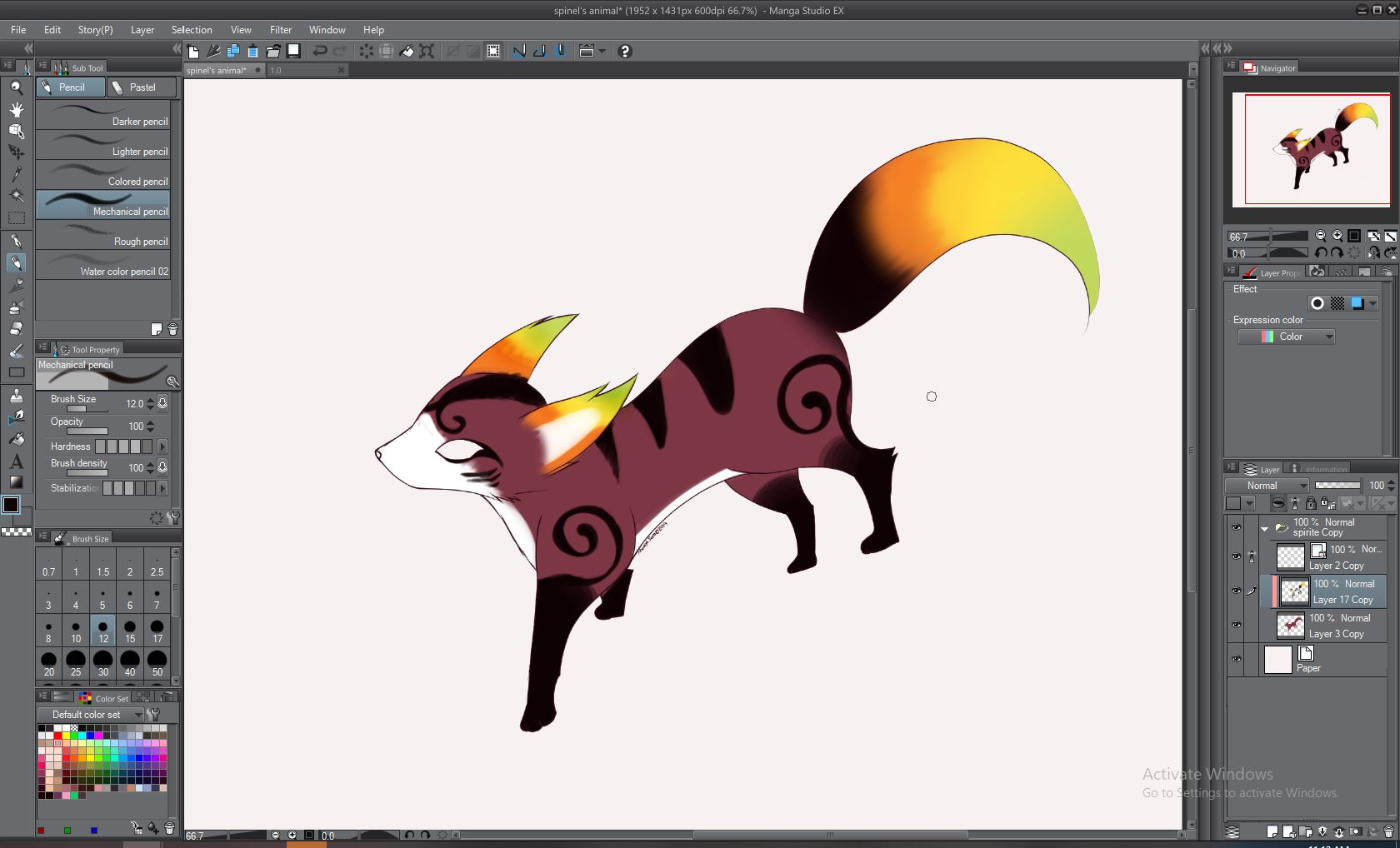 Alright, this is where things get risky. Once you're satisfied with your fur pattern, you will need to COMBINE all three layers, so we can start working on making the fur look more fluffy and real. But before we do that, make sure you COPY and SAVE your three separate files, just in case if you mess up and want to start over.
Label the folder as your Insurance so you won't end up deleting it. 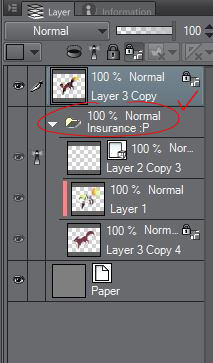 Good job. You just saved 40 minutes of your time.

To make your patterns look more like fur, we're gonna use a dense water color brush, but you're always welcome to use a soft brush if controlling a watercolor brush gets difficult. (Just remember to lower the density a little!)

We're giving this fox some nice short fur, so select the color of the fur pattern and create short strokes to blend the smooth lines in. Make sure not to make too many strokes so that you can't recognize the original design. 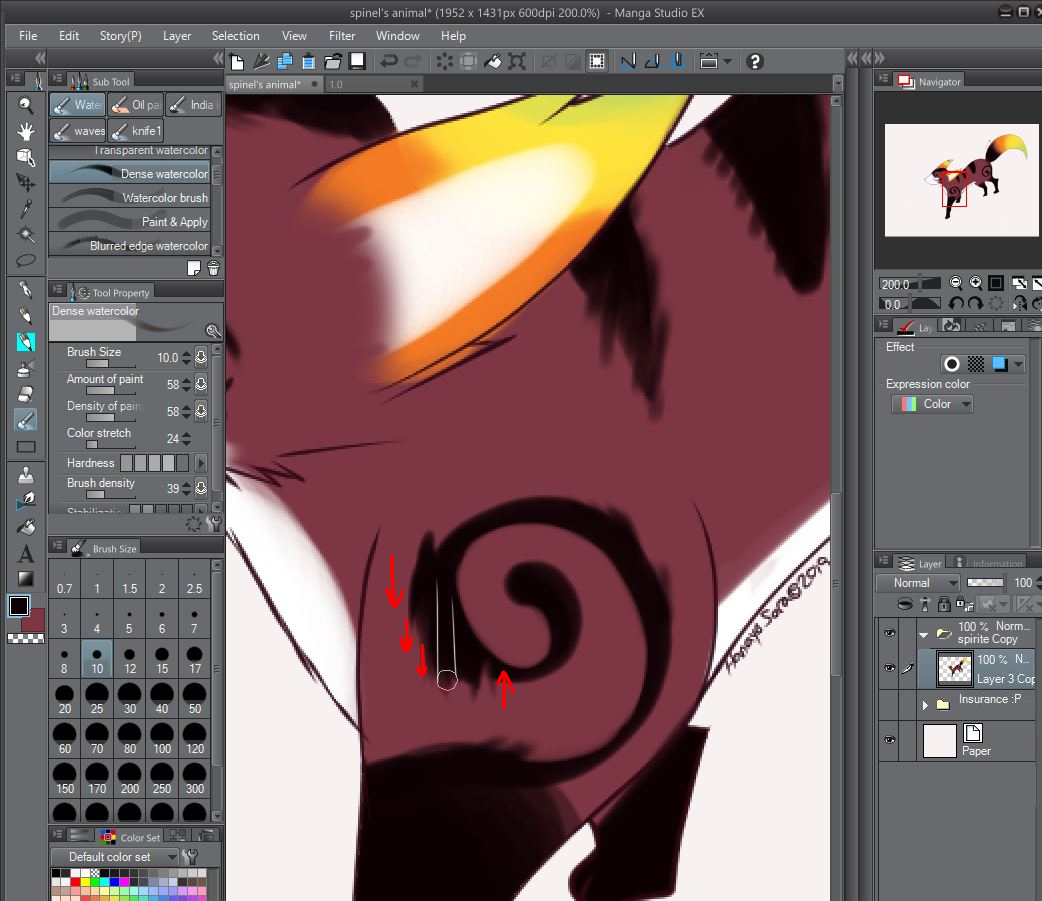 Notice that the fur's direction changes depending on the section of the body. As you can see, I started adding a white collar around the fox's neck and ruffled it out. You're free to ruffle out more fur than this, but I wanted to keep its sleek look. 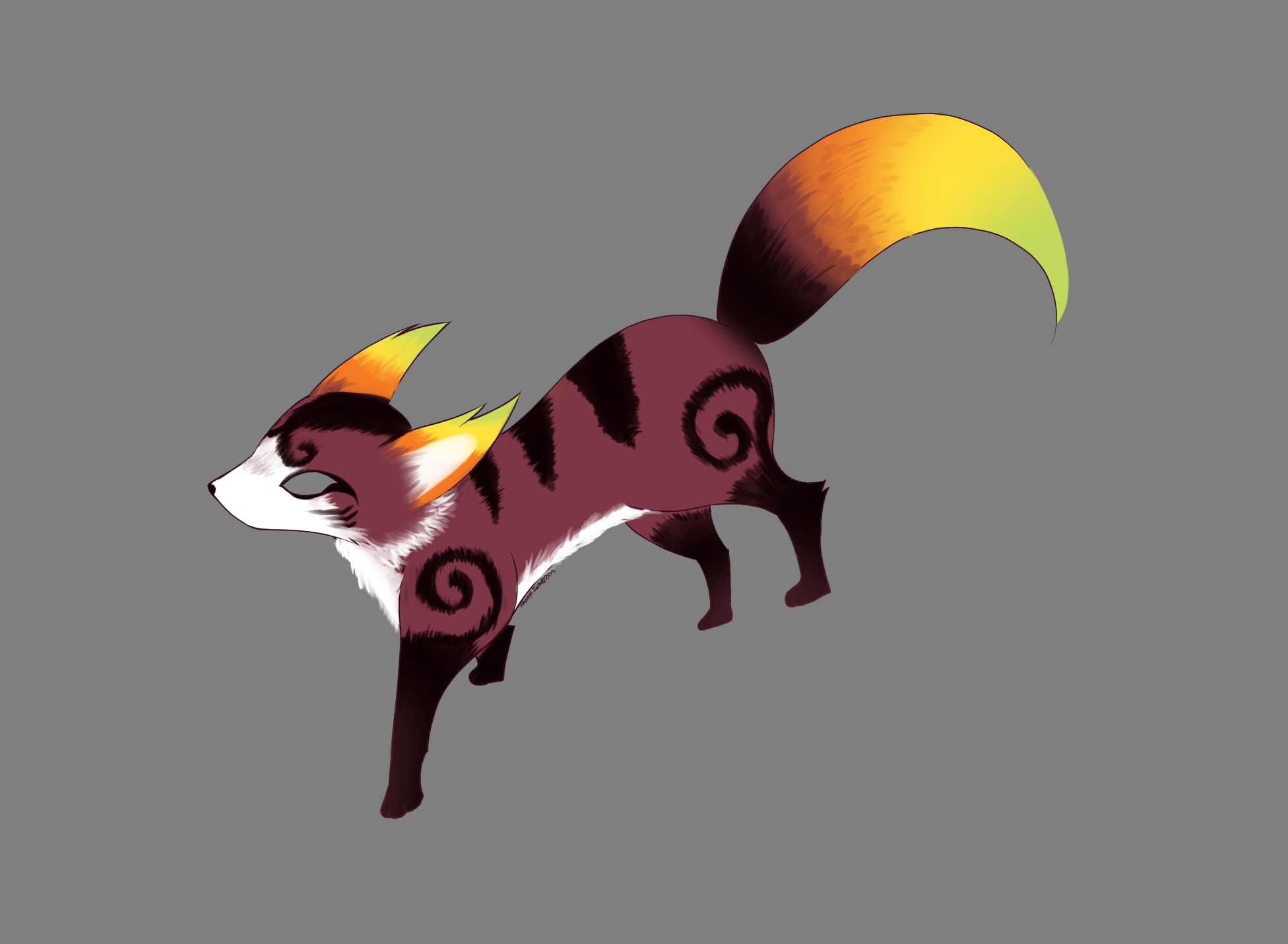 Now we're going to work on the rest of the fur. Create a new layer, clip it, and set it to "Multiply".
Select the base color and then lightly brush over the areas where the shadow would be, like the underbelly, under tail, and the arch of the back. 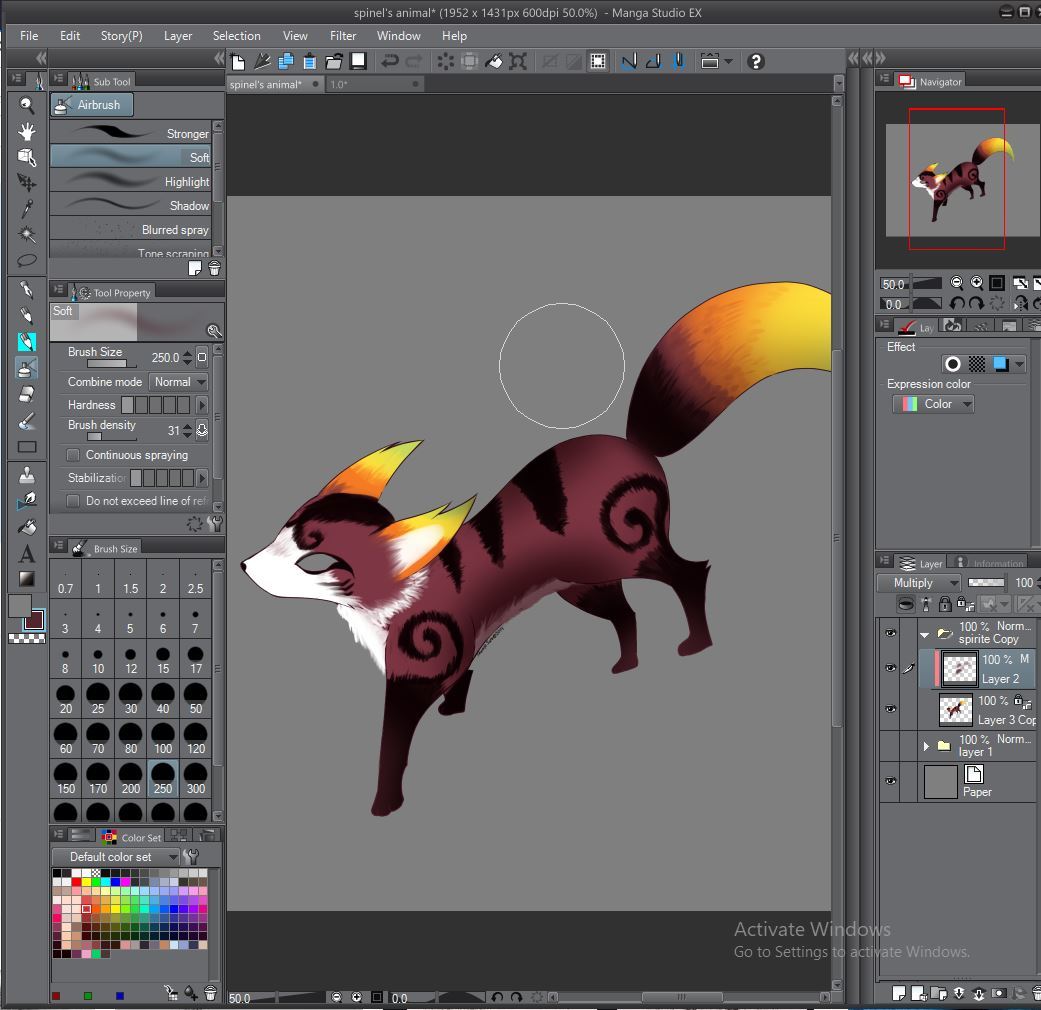 This is where practice comes in handy. Let's remember that fur is nothing more than a collection of locks of fur. Add on the fur strokes in the same directions as the pattern fur as the arrow shows, but create an arch in each small clump of fur. Think of the arches like fish scales. 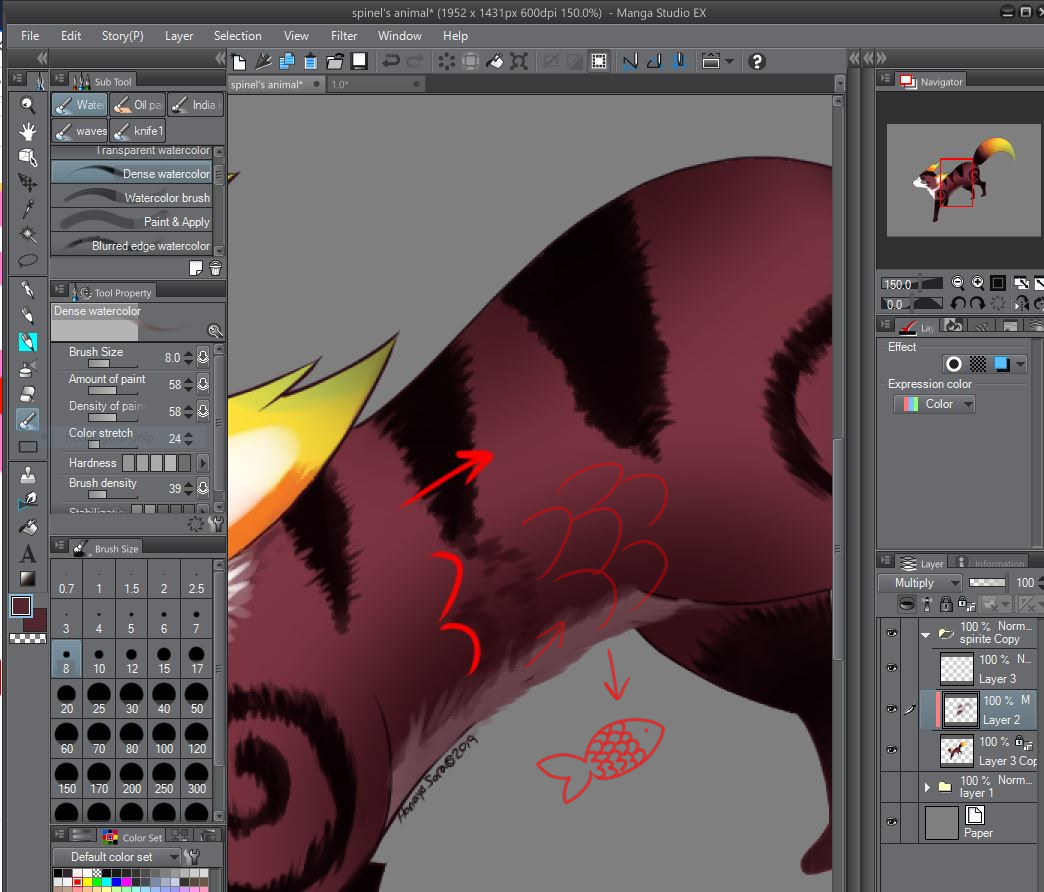 To give the locks more depth, erase some of the parts as shown below. 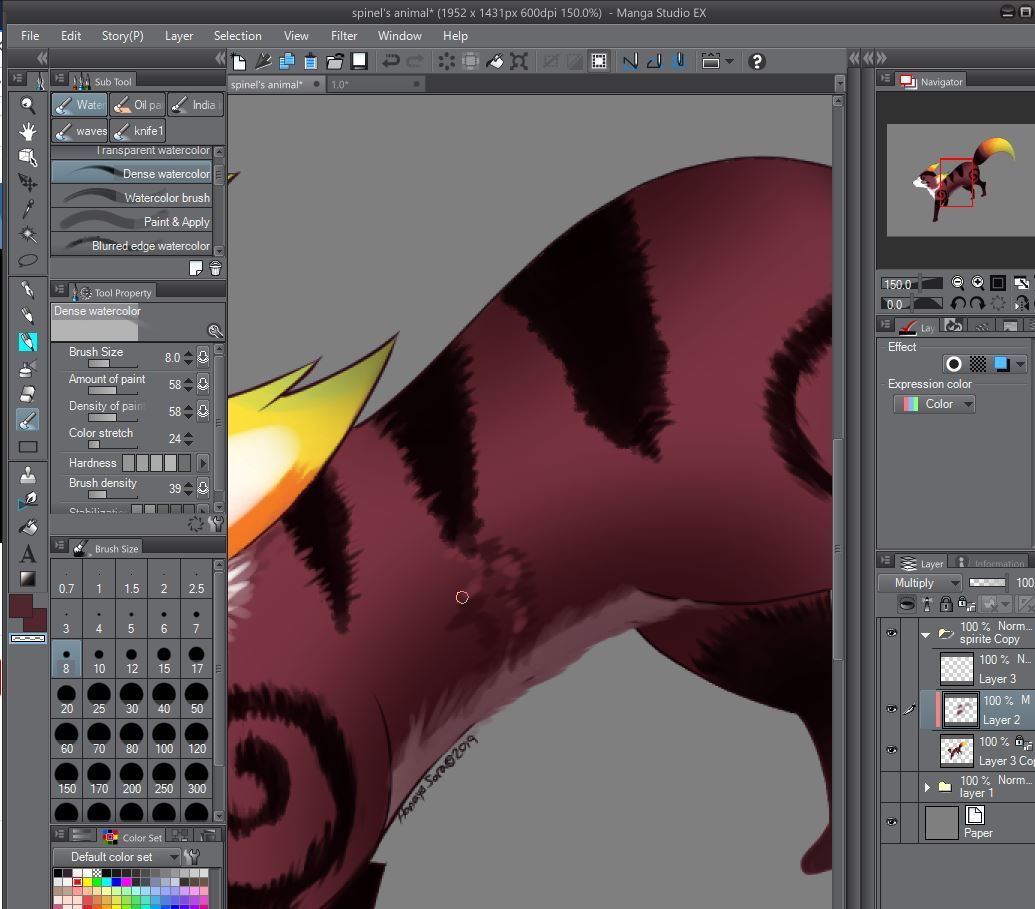 Remember, this takes practice, so don't be discouraged! 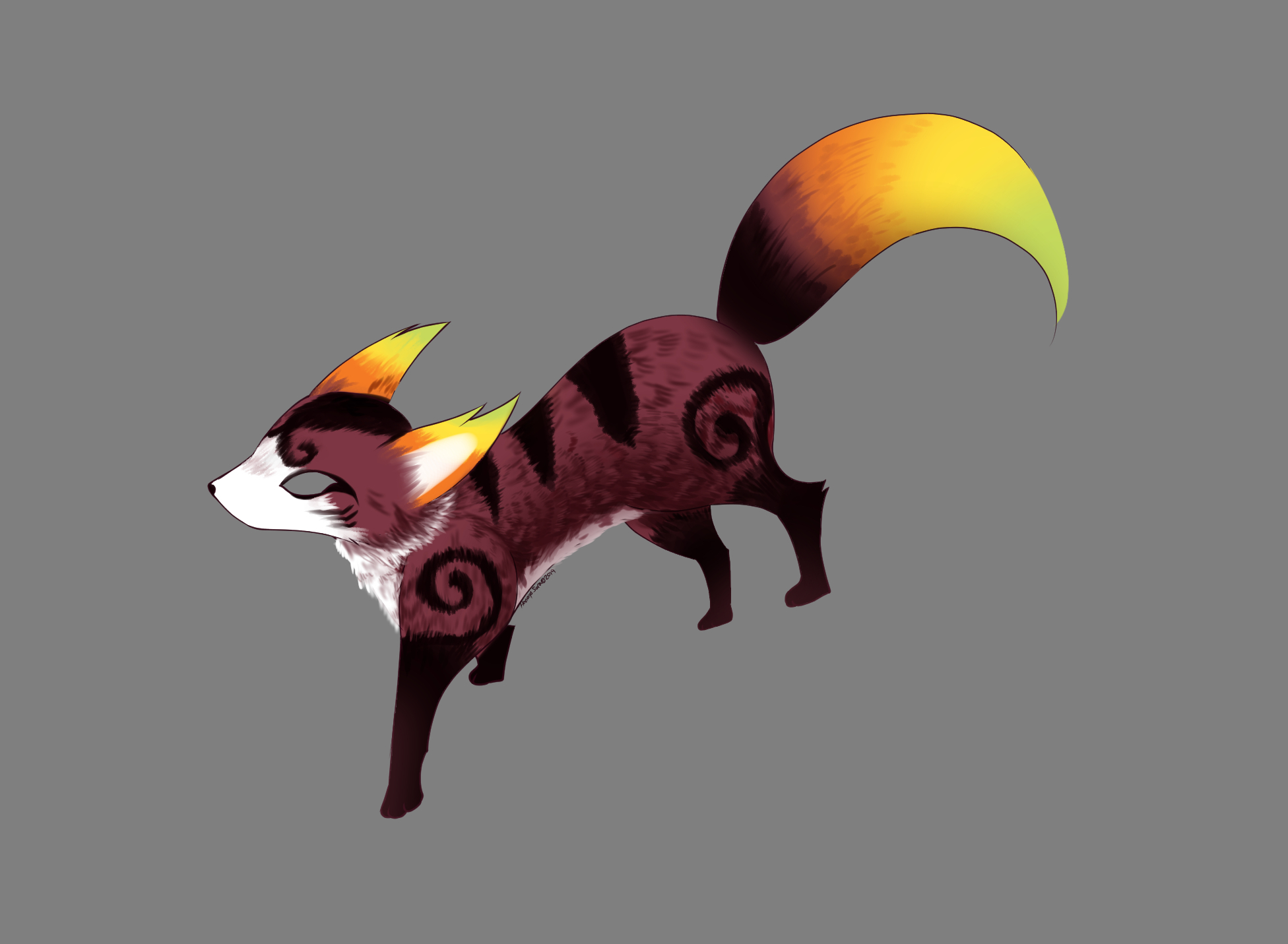 After you draw most of the fur shadows, let's work on the fur highlights using the same method. Create another layer and put it to screen. 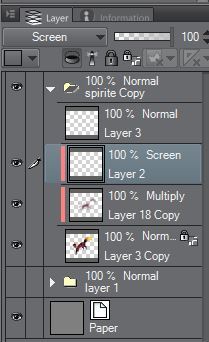 Again, we're gonna use the soft brush and go over the areas where the light is most likely gonna touch first, like the cheek, limbs, back and tail. 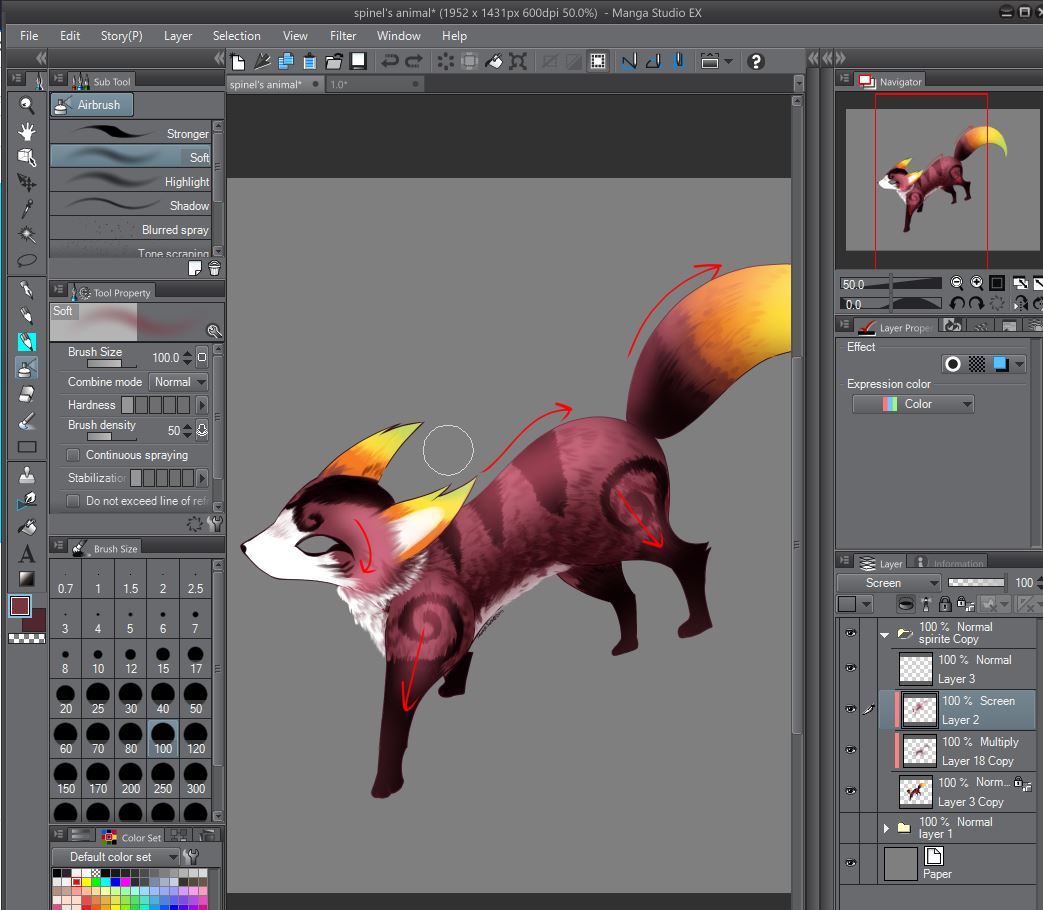 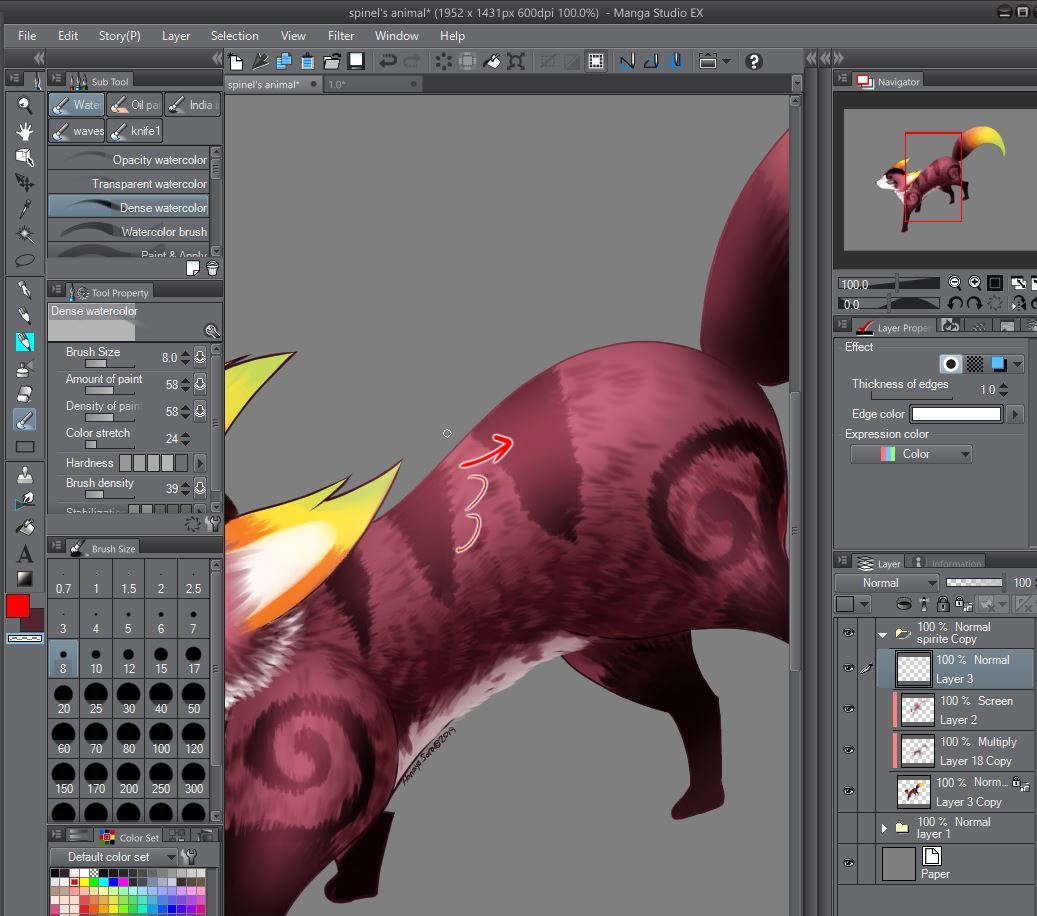 Now, do the same technique that you did for the locks of fur, but this time, erase instead of add the colors.

To add some finishing touches, take a lighter shade of the color you chose and draw on some loose extra hair. 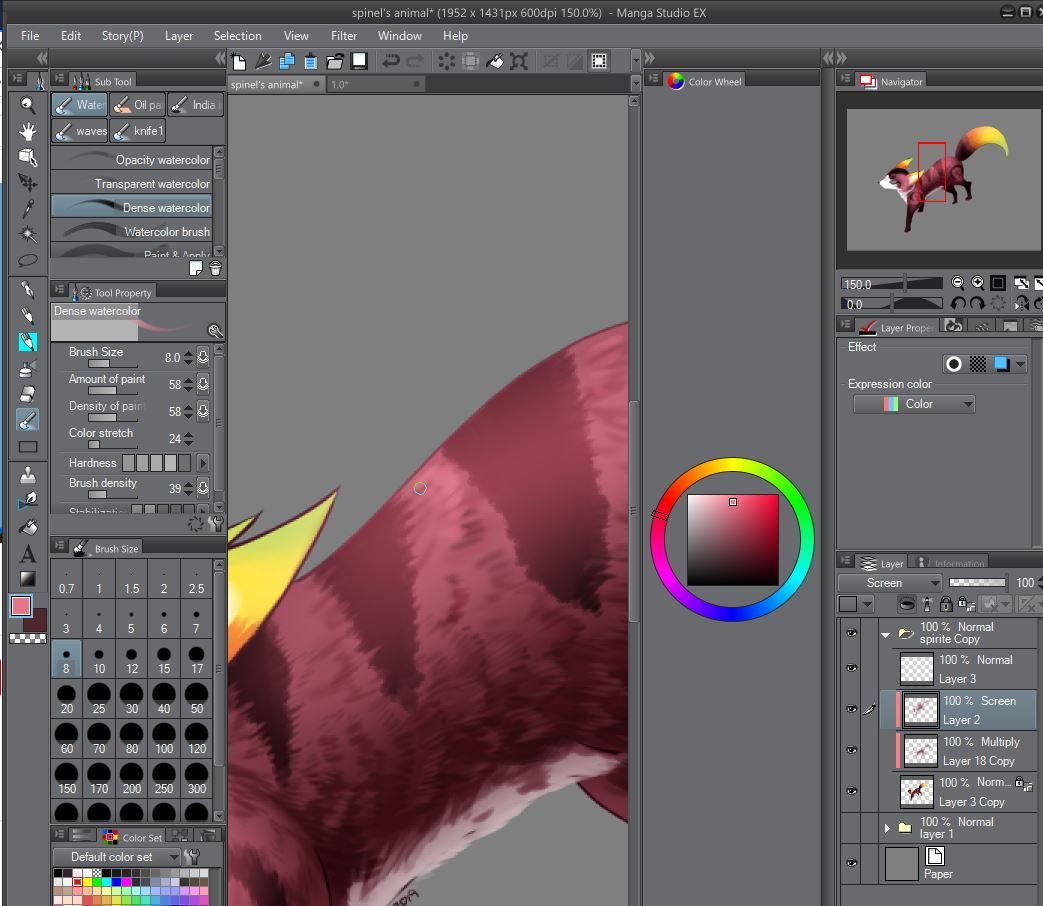 Now you may have noticed that I didn't go too detailed on the tail, but you'll understand why I did so in the Aura-Coloring Part. 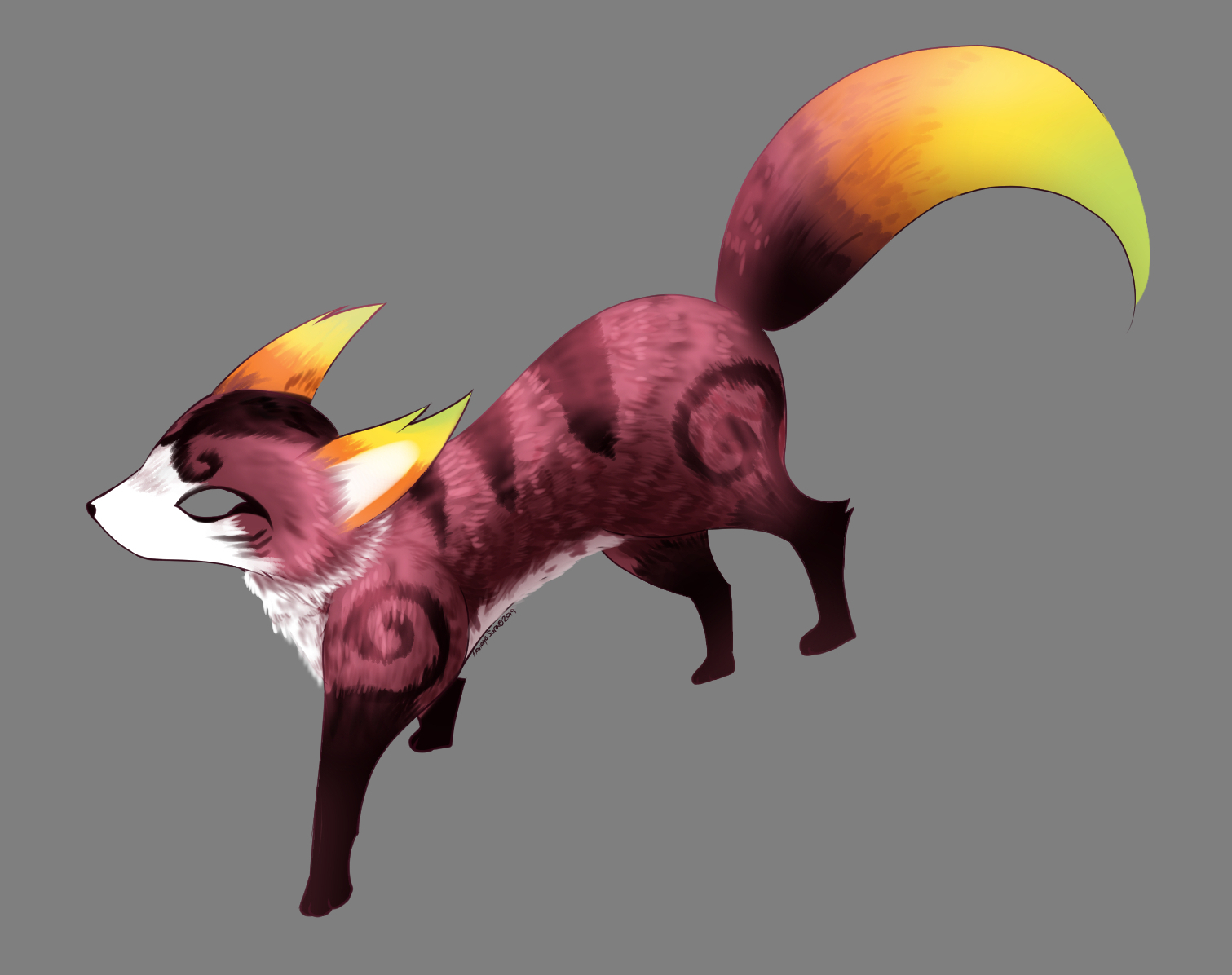 To finish up our magical fox, let's color in his eye:
You can do this all on the same layer.
Use the Combine Mode "Black Burn" and "White Burn".

And now, we get onto the aura part! We're going to collect all the layers into one folder and create a layer mask as shown below. 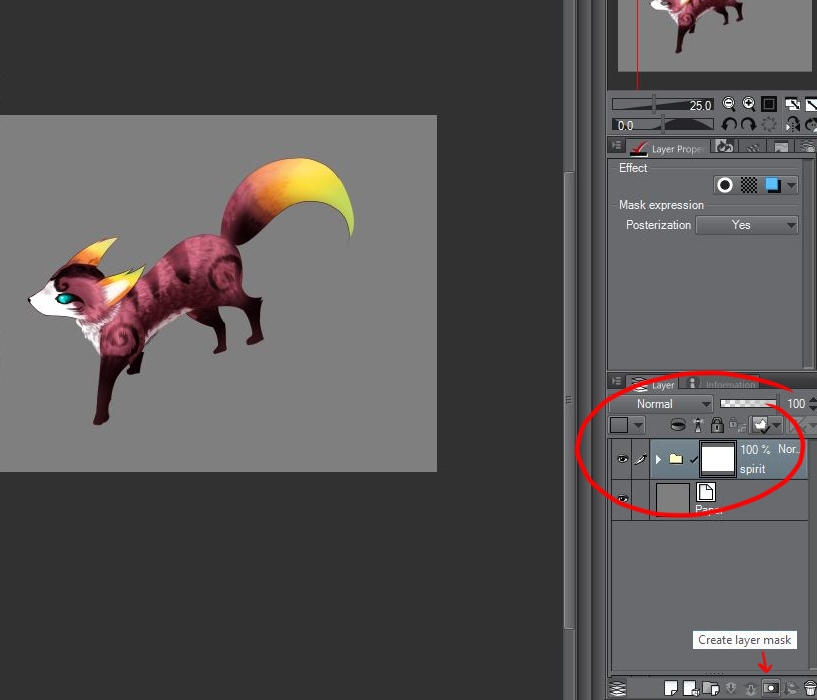 Then, we're going to erase the tail and the tips of the ears with a soft brush. 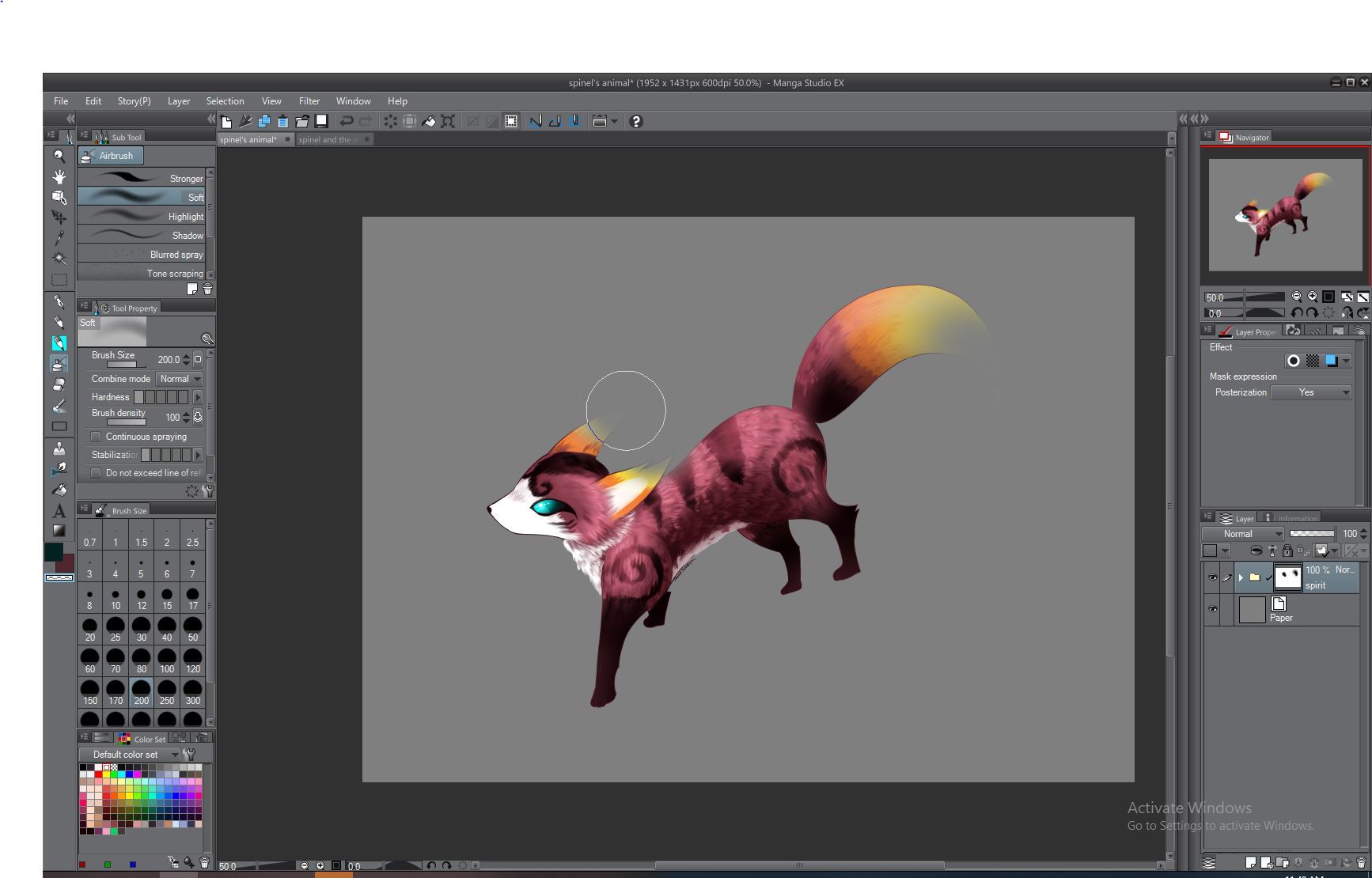 Finally, create a Glow-Dodge layer, and draw the aura of the fox. Make sure that the brush density is low so you can over-lapse the aura streaks. (If you want more detail of how to create the aura effect, head over to my other tutorial, "How to create: AURA EFFECT!") 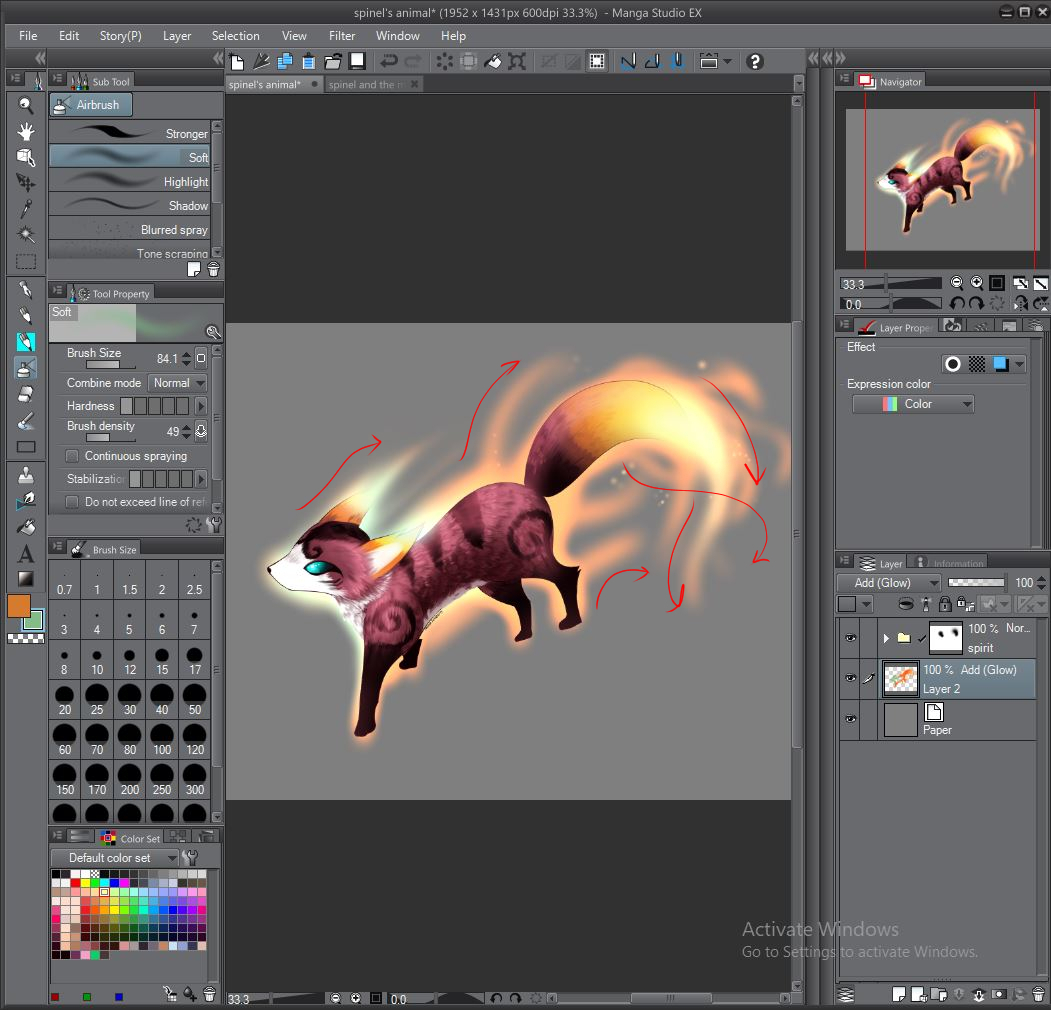 Aaand we're done!
Thank you for reading! I hope this tutorial helped you! 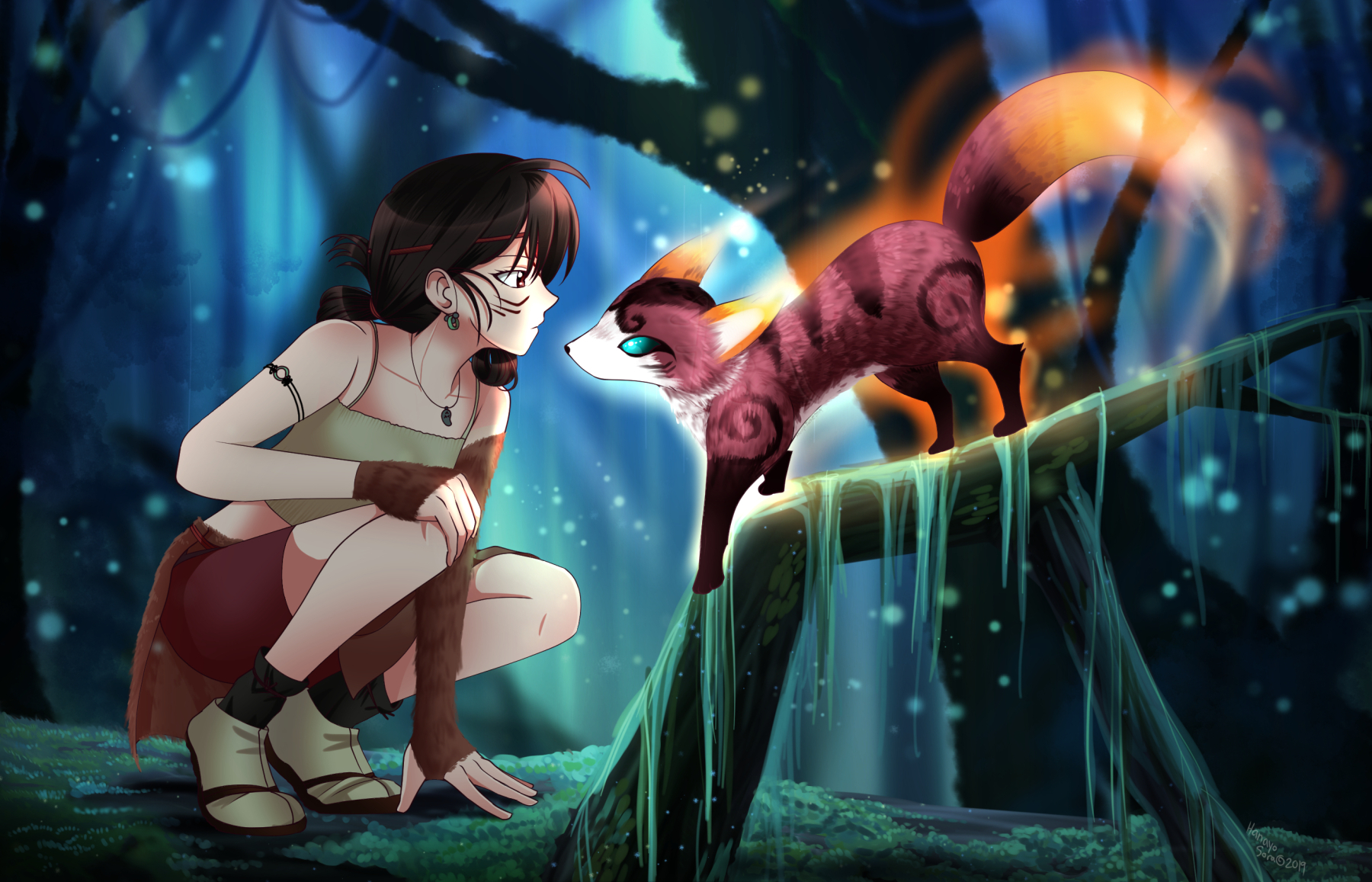